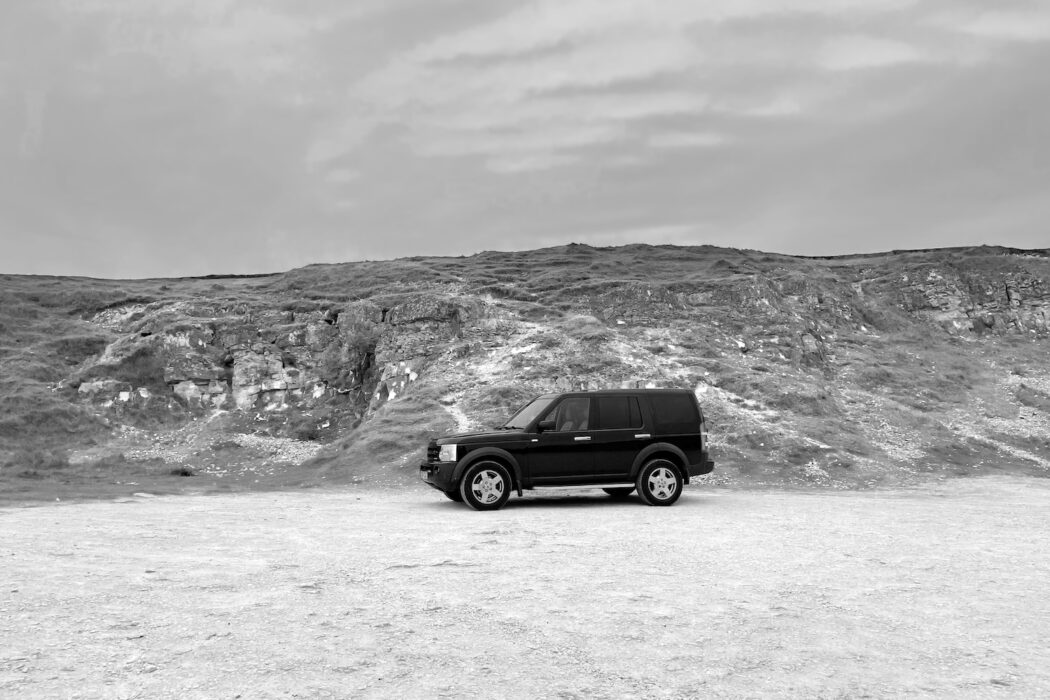 I’d bided my time patiently for another three months. I was ideally looking for either some respite in the diarised onslaught that was my life or an update on the stalled supply chain keeping our partners from pushing the ‘go’ button. Roof tent, glow plugs, tyres, auxiliary power system, brake upgrade, AV, interior, trim and a host of other great concepts were stalled on all fronts. I’d decided that I needed to swallow my pride and hold fast. Let’s be reasonable; JLR have sold 1.2 million of the things since the launch in 1989. They’re vastly popular, account for a huge slice of the 4×4 pie globally, and will drive over almost anything and anyone. So, they aren’t going anywhere fast. I mean, they really aren’t.

My stationary anxiety continued. We still hadn’t set shoot dates to film the Discovery 3’s fettling, but it was proving to be an absolute beast of a vehicle. Even with its box-fresh, early-noughties appearance. I continued to pull into the local car park atop the hillside with about as much rural elitism as can be derived from knowing your 4×4 is an actual offroad vehicle. Not an homogenised attempt at appealing to new market demographics who have no interest whatsoever in an ordnance survey map, let alone understand how to cross a body of water. Aaron Edgworth always tells me, “buy a car you look back at across the car park”. Whilst mine might be some 15 years old, I do just that. My reptilian brain looks back across the gravel and thinks ‘oooofff’. This coming from a man who wanted a long wheelbase 110 for as many years as I can remember. 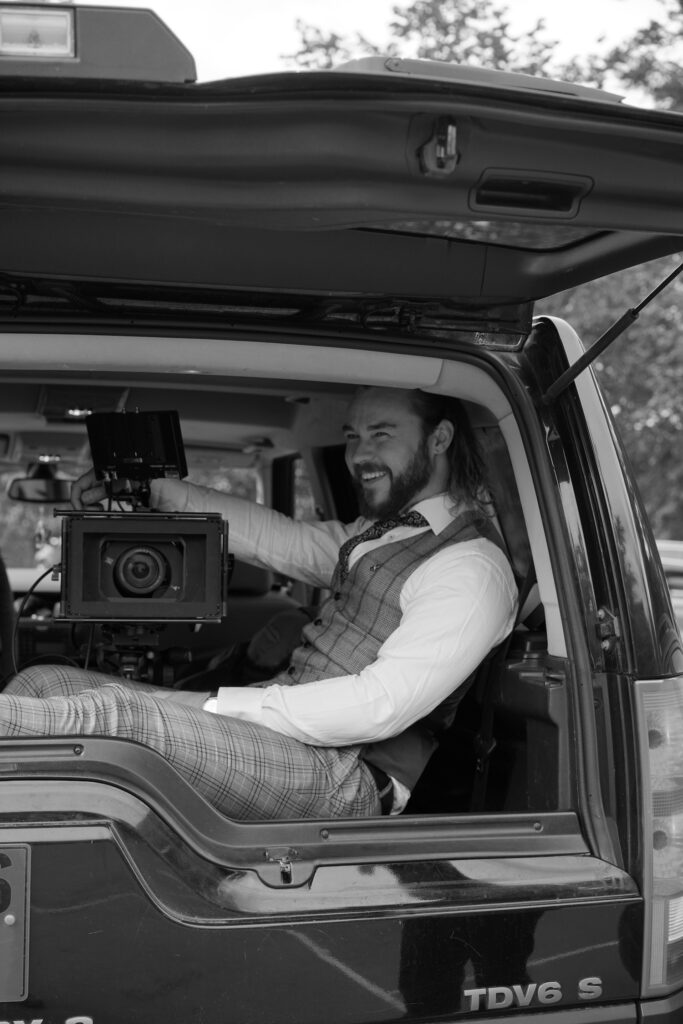 The humble Disco’s first Q2 challenge arrived in April in the form of a thick blanket of snow that covered the Cotswolds rather satisfyingly overnight. The following morning I drove out in search of a vista from which to sit on the tailgate and simply drink a hot cup of coffee. Whisky chaser optional. On my way up the lane, I spotted someone on my exact wavelength carrying a pair of skis over her shoulder. In the Cotswolds, can you imagine. I have vowed to take my skis and boots out of the cupboard every time it snowed for a number of years now but I never had much faith in the fleet of average daily drivers at my disposal making the journey. Having an array of manufacturers and alike making their fleets available means that one’s own car is usually a last resort. Not any more my friends. I now had a vehicle that could easily tow a modest snowmobile and all seven passengers skis to boot. Though in the current climate, that grand plan would have to wait till European borders reopened. Thinking about it irrationally, unless the border guards put a bullet in the TDV6 itself, I could probably plough my way through most border control points, then veer off towards a badly erected wire fence and be on my merry ski-toting way. Perhaps that one would leave me with more restomod issues than I had started with.

It seems as if the April snow was also somewhat of a harbinger for a trip I had been dreading since November 2020. I had visited my grandmother’s home several times since her passing, to help with paperwork, clearing out the home and to lament the visceral dying of the light. Now I had to calmly load the Disco with everything my dear mother wanted from the family home and carefully ensure it reached the Isle of Wight. I knew it would all fit, despite considering a roof rack, trailer and van hire. I am sorry I ever doubted you, LR3. Then, in early May came the most ridiculous automotive problem I have ever encountered. 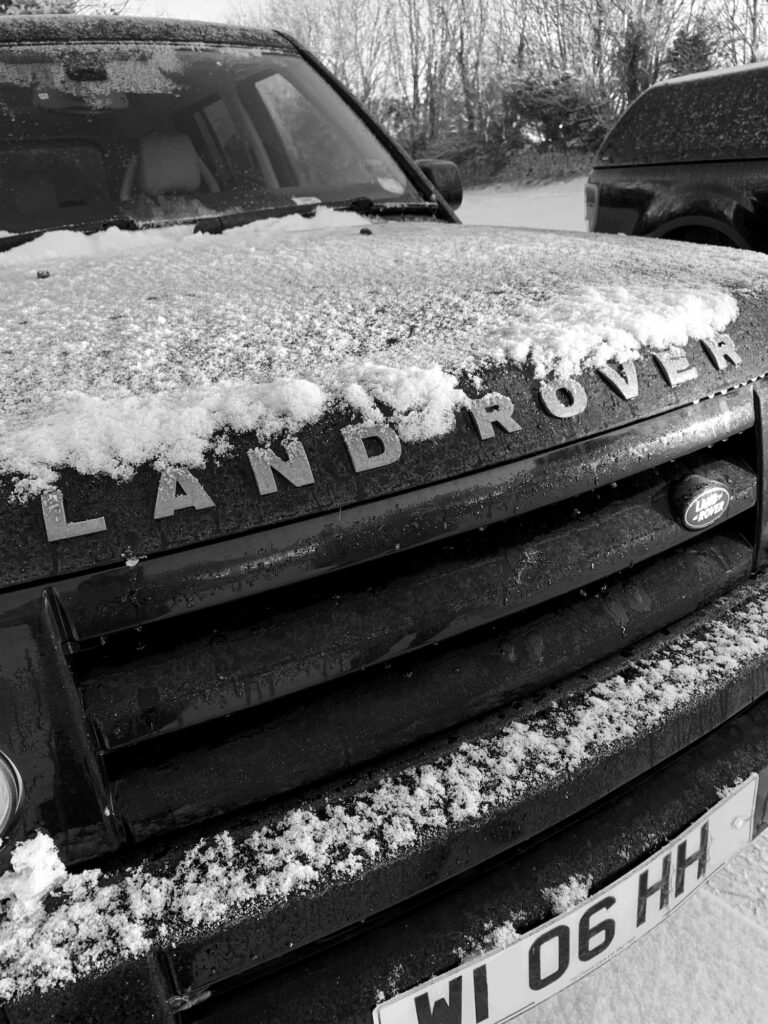 Having willingly been named designated driver at the pub, I dutifully loaded the crew into the Disco to make the journey back from one of our fringe villages to home base.

“Have you seen my phone, Pete?”

“I’m driving fella. I see nothing but the road”

“Can someone call Jake’s phone, please”.

I have never seen someone so adamant that they’ve dropped their phone in the car, yet unable to find it. Sometime later, after the pissed posse had abated and I was fast asleep, John Ralls, being the helpful guy that he is, offered to stage a coup. Not content with a full military-grade sweep of the car, Jake sobered up and did the smart thing. He tracked the phone’s last known whereabouts. It was, rather annoyingly, in the Discovery. Armed with mild hangovers and torches at 4am, having found my spare key, John and Jake went hunting for the missing phone. It turns out it wasn’t the tequila talking. Jake had managed to kick his Samsung-something-or-another into a gap with no more than 2mm clearance and safely lodge it into the air conditioning unit. It cost Jake seventy pounds to have Tim Fry Land Rover retrieve the phone. I was happy to remove the seats, but taking out the air conditioning unit and taking it to pieces? Different ball game.

The next day we headed out for a recce of Trent Country Park. Ultimately we were scouting for a natural location befitting of a mini-doc we were filming for small pharma. The client had confirmed Alastair Campbell would lead the campaign alongside the brand’s chief medical officer. I needed to ensure that myself and the twelve or so crew weren’t about to get lost in the woods on location.

“You’ll need to let the wardens know you’re on the park grounds, drive at no more than 5mph and always have your hazards on. No wardens are on site on the weekend, by the way,” said the film office rep.

“Standard then. Though we are planning on doing the recce on Sunday, so…”

“I am sure it will be fine. Just let them know”.

Having arrived with the DOP in tow, I danced around the fact I couldn’t find an official rep for the park for twenty minutes before giving into my baser-level instincts and driving across open parkland. At five miles an hour, should an unwitting member of the public throw themself into the Discovery’s path it would have been a matter of natural selection. We returned two days later enmasse to set up for the morning shoot with the talent not arriving for at least another two hours. It only took John Ralls – JC – all of fifteen minutes to get stuck in his Fiat 500L. He eventually made his way off the mildly banked muddy slope, but not before I managed to utter the immortal words “you need a Landy my friend”. He didn’t, of course, despite also living in the Cotswolds, he was unlikely to need to green lane to work, or haul a snowmobile. But it kept me mildly amused until I realised that, whilst our coffee grinder would work on the Discovery’s 12V inverter, the kettle wouldn’t. This was compounded by the fact that Liam Healey, the DOP, had also confirmed my fears the night before. So, I had to send poor JC on a roundtrip of the estate to pick up coffee for the cast and crew. By the time he returned in his bright red parker, he politely suffered through both mine and Alastair’s jovial beratement. I suspect had he taken the Discovery, with its fully independent setup, supported by height-adjustable air suspension, all of the coffee might have arrived in the cups. 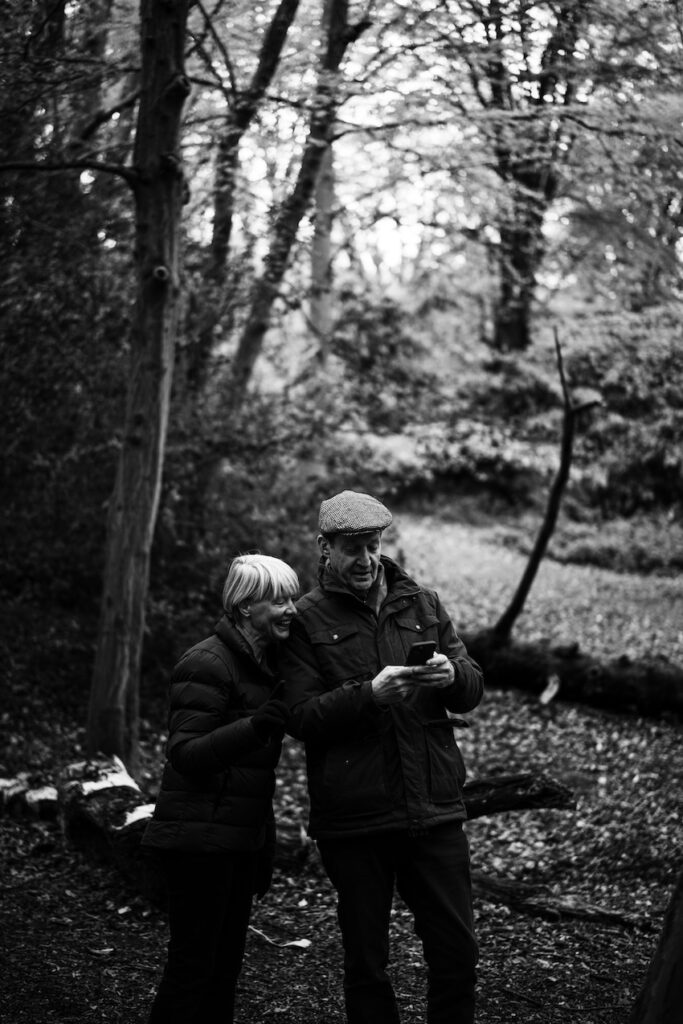 The Disco’s next shoot was a little more aligned with its intended purpose, as a tracking car. We were shooting the second episode of our pilot ONPOINT with David Birtwistle and his childhood friend, Chris Bollingbrook. The location was central London where we would attend the Distinguished Gentleman’s Ride Out, a large scale classic motorcycle ride that raises millions for men’s mental health and testicular cancer. That said, you can attend on any bike but the dress code is important: your best suit or blazer. I had suggested the full crew dress in their finest, so watching this small production team shooting and rigging in tweed, Prince-of-Wales check and pinstripes was a sight to behold. As expected, the Discovery performed admirably as did our second tracking vehicle, a Caterham 310R. Perhaps a little out there but without a fully fledged russian arm allowed in the city, it was the best option. There really are no limits to the amount of kit and operators you can fit in the back of a Discovery. As the event wound down, we made our way across to Cowdray Park for the internal portion of our shoot. 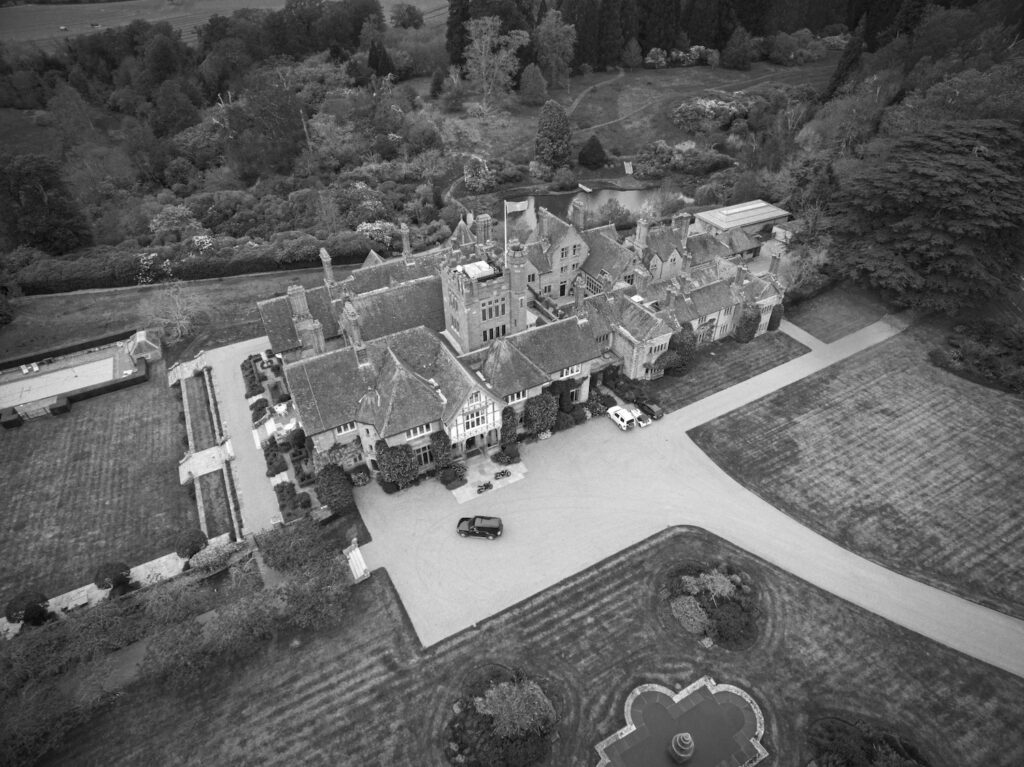 “This ain’t looking good, fella,” Josh boomed as he jumped up and down on the running boards. I watched them flex in full knowledge that they were absolutely in need of replacing. Now a set of genuine running boards might set you back a few hundred pounds, not to mention the labour of removing the old ones. But it’s engineering 101 and given that the holes are already bored, it’s Meccano. Another item for the list that I am adamant to install myself.

Whilst the going was slow in terms of the restomod work, the annual service went well and with only a few minor fixes (sub 1000) it is still by far the most capable and enjoyable vehicle we have owned to date. The Discovery was performing incredibly well, and not once have I had to offload a single Peli case to another vehicle. Whilst the market is indeed flooded with Defenders and Series of varying ages, not to mention a host or Range Rover Countys, it cannot be that long before the Discovery 2 and 3 are perhaps modern classics. I can hear the conversation now: “Diesel, you say? And how do you go about finding that these days?”

Hopefully the restomod will be complete before it’s entirely outlawed and I am begrudgingly driving a Rivian.

A decade ago, if you wanted the sporty number that would turn heads and a model that could run the brood back and forth, you needed a garage that was big enough for two cars. We are, however, looking at a brand new world. A world of genuine four-seater sports cars with posing power to rival the best, and still enough room for the usual suspects. Introducing the Aston Martin Rapide S. Cue the genuflecting. I tend to affirm my own handle on new models by asking as many people as humanly possible what they think of a car. That is twice as hard when the model in question is…