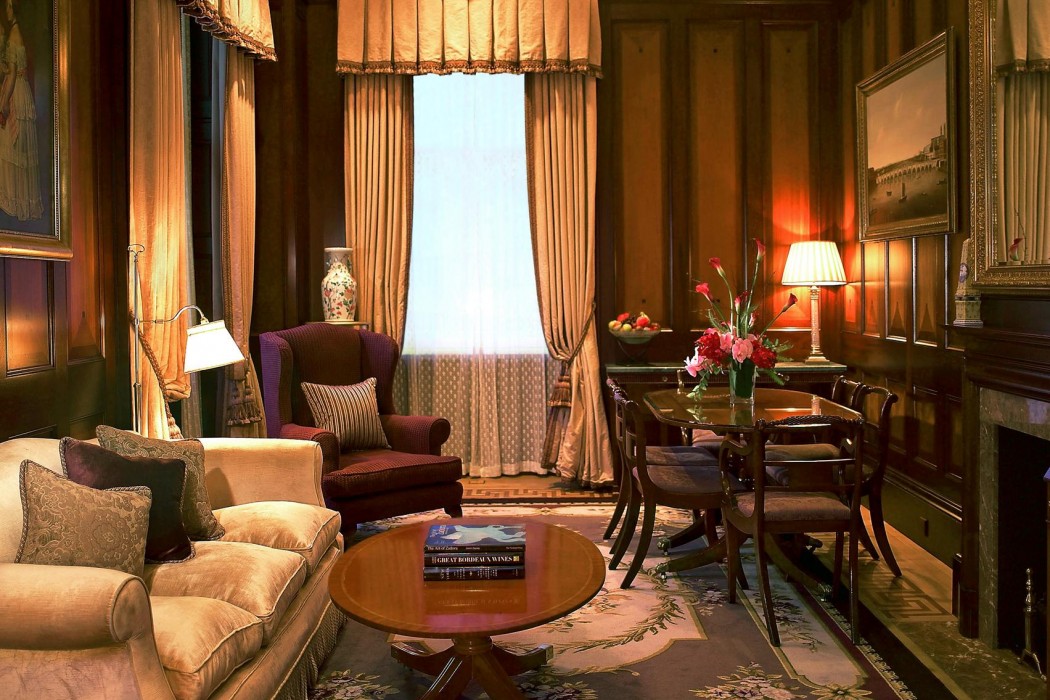 Laith Al-Kaisy on the search for salvation.

Reviewing high-end hotels is a curse, a pox of the profession. I don’t know how I will ever stay in a crap hotel again. In fact, if it comes to it, you’ll probably find me hanging from one of the fixtures or overdosed in the bathtub with a note reading ‘They only had prosecco’.

I recently stayed at a four-star in Bristol, which really has no business marketing itself as such. The easy assumption to make is that promises were made, money was passed, and trousers were dropped—a bit like the average customer’s stay. It was awful.

A couple of weeks later, I find myself at The Lanesborough on Hyde Park Corner—you know, a proper hotel, the same that accommodated Michael Jackson, Madonna, Mariah Carey, Sylvester Stallone, Celine Dion and George Bush, Sr., and where Stanley Kubrick filmed those softcore scenes for Eyes Wide Shut. How’s that for juxtaposition.

Walking in, the decor is as you’d expect: traditional English, Regency hard-on. Compared to the world out there, it’s like going through the looking glass and landing on the lap of obsequiousness. I’m sat down for pleasantries, check-in and ego massage, while a concierge dematerialises with my bag and, with a quantum leap, reappears moments later outside the Buckingham Suite, where these lovely people have ensconced me for the night. The Buckingham Suite is the midway mark at The Lanesborough, costing £4,000 a night. The two superior rooms, The Royal Suite and The Lanesborough Suite, stand at £10,000 and £18,000, respectively. It’s pricey, which is no secret, having been described countless times as London’s most prestigious hotel (surely that accolade still belongs to The Ritz, but it’s certainly the most expensive).

My personal butler turns up to say that he’s at my disposable 24-7. He asks if I’d like a tour, something I usually hate, but due to the size and nature of the suite, I agree. There’s no fluff with the butlers at The Lanesborough—all the talk, though small, is meaningfully relayed through a transnational smile. Guests are made to feel important, attended to, and wanting for nothing.

Little touches, such as the television hidden behind a mechanical painting, are intelligently thought out. The carrera-marbled bathroom features his-and-her vanity units, a spa bath and steam shower. Alongside a bottle of iced champagne, there are personalised business cards, kaleidoscopic flowers, and a bowl overflowing with fresh fruit.

It all reeks of pomp and splendour—and I absolutely love it.

For those wanting to dine, there’s 24-hour room service (obviously), serving gastronomic grub, as well as a set menu from Apsleys, the fastest restaurant in London to be awarded a Michelin star, run by Heinz Beck, on the ground floor. You can read my review elsewhere, but the menu is punctuated by dishes like foie gras, venison, and lobster and white truffle. Apsleys is a quiet triumph that should really be more talked about.

There are only a handful of hotels (most of which are overseas) that I can call flawless. The Lanesborough is definitely one of them. Whatever hype and mythology there is surrounding the establishment is not only met but exceeded.

The price? You get exactly what you pay for: The Lanesborough gluts the appetite for prestige and grandiosity, and fulfils its role as a solicitous yet unobtrusive host. Don’t forget, you’re not paying for square metres, decor, or a private butler; you’re paying for something intangible, a personal experience, idealism. And trust me—the only downside to staying at The Lanesborough is having to go back to reality.

There is a common theme I am beginning to recognise amongst successful business leaders I meet. Almost inexplicable; it’s just a feeling that radiates and explains instantly why said person has risen to the very top of their trade.