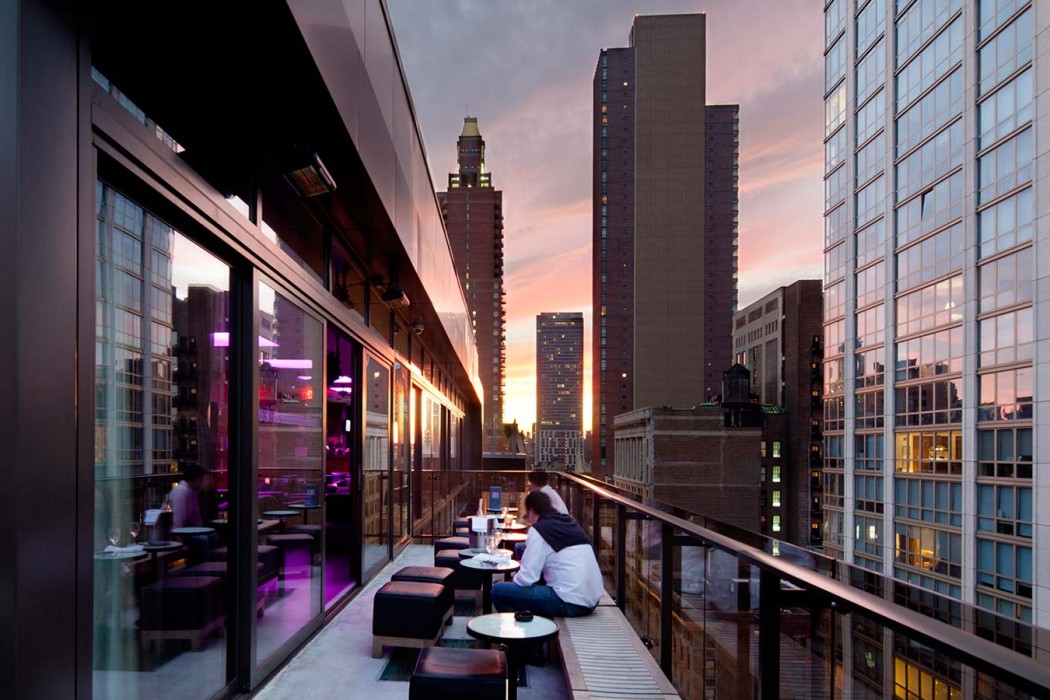 The Gansevoort Hotel’s new Park Avenue location is, in simplest terms, stunning. A sublime combination of the Hotel Group’s standard five-star service combined with a chic boutique interior. Just when you have mastered the layout, there’s another sultry speakeasy-style bar lurking in the shadows. We take a tour with Hotel Manager Suzi DeAngelis.

The luxury hotels of Manhattan have long been a staple of the skyline. With the Plaza, Oriental and Four Seasons deeply imbedded in the luxury traveller’s zeitgeist, one might assume the big players have little to contend with. But they would be very, very wrong. Many hotels spring up in Manhattan offering, boutique chic and pop-up experiences, but few have been able to set their sights on longevity in terms of global cultural awareness. When the Gansevoort Group’s first property opened in the Meatpacking District they really couldn’t have picked a better time. The area was beginning to slowly fill with boutiques, restaurants and clubs, and whilst the Meatpacking District is considered new money, it’s where the real Carrie and her friends come to relax. So when this Group, with its success story and as belle of the ball, decided to place a luxury hotel on Park Avenue in Murray Hill, the glitterati waited with baited breath. But moving away from the Katy Perry album launches, and Tom Cruise’s recent visit to the rooftop plunge pool, what has the Gansevoort to offer us.
A heated outdoor and indoor rooftop plunge pool which offers an amazing 360-degree vista of the city’s iconic skyline. A tri-level bar, the likes of which we have never experienced – form meets design flawlessly. Exhale spa offers a vast array of transformational spa therapies and results-oriented mind body classes, plus the more traditional, in the form of the onsite Cutler Salon and Nail Care services. The views over the lobby should be enough to make you take time away from one of the 249 elegant rooms; think Palace of Versailles mixed with Savile Row, if it were to specialise in ladies’ couture. The three-story atrium lobby showcases striking herringbone granite floors, an oversized fireplace, and dramatic aubergine chandeliers.

The Gansevoort’s top-tier presidential suite is the stuff of legend. At over 2000 square feet, this bi-level behemoth has a floor to ceiling fireplace, 3D TV and sound system appointed by Infinite Audio Systems, private garden terrace, three bedrooms and a steam shower.

With the Porsche Panamera town cars providing a smooth inner city ride, the Gansevoort isn’t afraid to be a little different. Appealing to the elite set, and maintaining the same standard as the Gansevoort in the Packing District, is a must. “In my opinion, I would say the hotel embodies a Casual Elegance. A place where downtown chic meets midtown sophistication,” says Daniel Moran, the head of the Gansevoort’s door team. “As part of the door team, you are the hotel’s first impression so our policy as a whole is to make sure it’s a great one. We do this by being professional yet personable, informative, friendly and engaging.” The door-staff here are hard to fault. We spent three days asking for the best locations near the hotel for dinner, sites, drink – and every time, Daniel came up with the goods. A Brooklyn boy himself, you would usually imagine that the best locations are known by the hotel concierge – and in many ways, they probably are. But the best tips, in my opinion, always come from the guys on the doors. Its location is one of the reasons it makes for such a great hotel: the Empire State Building, the Theatre District, Times Square, Bryant Park, and the New York City Library are all a stone’s throw. In terms of shopping locations, the hotel itself houses a Lacoste boutique allowing you to purchase pool towels adorning the trademark ‘Gansevoort G’ insignia. A few blocks away, you will find yourself in the shopping Mecca of 5th Avenue, with the likes of Paul Smith and MAC cosmetics.

The local area also houses some exquisite restaurants, not to mention the onsite Asellina, serving seasonal Italian delicacies under the guidance of head chef Marco Proceddu from Sardinia, who adds his own rare twist on seafood. This includes the Seafood Special, served in an urchin shell. There’s something for both the food aficionado and lovers of simple rustic Italian alike.

So, our overall thoughts on the Gansevoort Park Avenue: the Hotel has clearly put just as much effort into style as substance. You expect that sequels, as standard, will be carbon copies of their most successful venture. This hotel didn’t need to market itself in the traditional way. The hype machine took care of getting the word out, and the Gansevoort Group delivered. We expect them to go from strength to strength in both the public and corporate realms, with their events facilities the most glamorous in the area and booked at least six months in advance. The Gansevoort is far from a one-trick pony. The Park Avenue branch is designed to take you away from the hustle at street level into a world of lucid contentment; a world where the towels are Lacoste, the town car is a Porsche, and the views are breathtaking.

There is a common theme I am beginning to recognise amongst successful business leaders I meet. Almost inexplicable; it’s just a feeling that radiates and explains instantly why said person has risen to the very top of their trade.