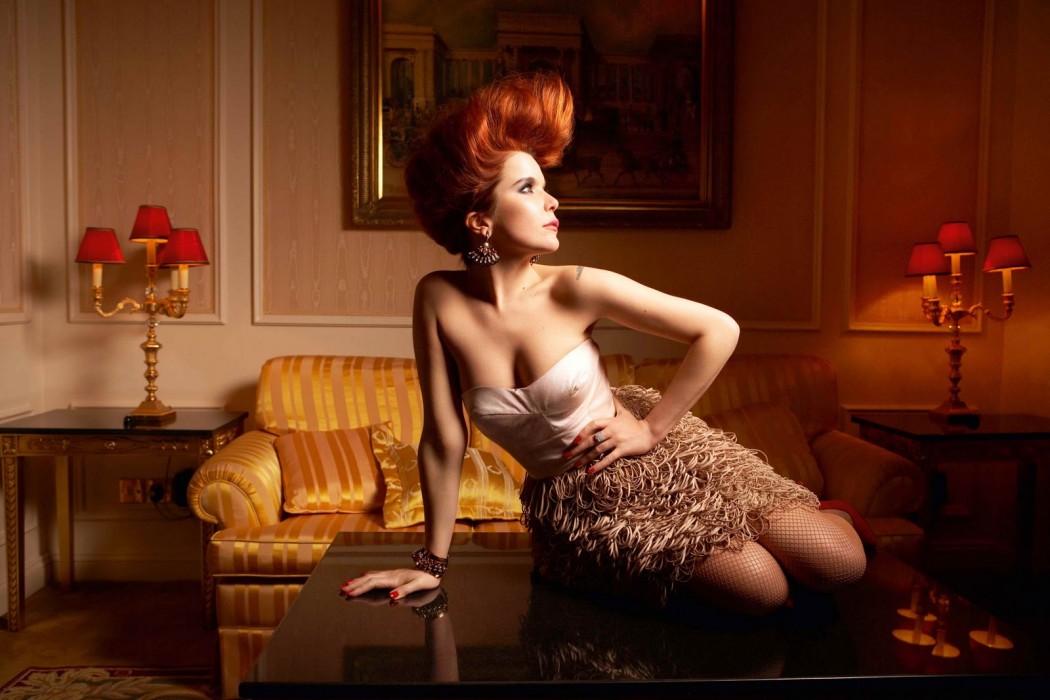 Paloma Faith is not a woman known for doing things by halves. Giant gold palm trees, pianos and suited band members lined the stage at her recent show at Reading’s Hexagon; an exotic, seductive atmosphere cranked up even more when the lady herself arrived in sparkles and fur, an elegant retro-throwback which Faith has become famous for conjuring.

But it’s her voice, that voice, which charges the crowd after a rather sedate support act. It’s a wonder that she even needs a microphone as she soars through opener Let Your Love Walk In, the band behind her tight and sharply dressed.

This may not be Wembley Stadium, but you wouldn’t think otherwise as the set takes us through Paloma’s best-selling sophomore album, Fall To Grace. The songs from that album may lack the upbeat energy and pop sensibilities of her debut effort, Do You Want the Truth or Something Beautiful?, focusing more on ballads telling of heartache and broken promises, but hits like 30 Minute Love Affair fill the auditorium with lush vocals and the occasional slow-burning guitar solo that turns them into something glorious and celebratory rather than melancholy. The crowd bathes in the purple light, singing along to every word like nobody is watching.

The inter-song patter between Paloma and her audience is almost like sitting with a friend for a cup of tea — indeed, this is her drink of choice for the night. She claims that this is the first tour where she hasn’t lost her voice, and whether or not it was saved by that great English placebo or not, everyone seems thankful for it. Her natural humour and stage presence are apparent throughout the show. She falters not once, even when hiking up her dress and darting around the stage in dramatic fashion, all glitter and vogue poses like a musical Bond Girl.

While she does almost seem to get carried away with her anecdotes at times, the music is always there, just when the crowd starts to get itchy. A four-song segment of hits from her debut have everybody jumping and shrieking (probably the closest one can get to rocking out at a Paloma Faith show), while a show-stopping rendition of the old jazz classic Sugar In My Bowl is one of the night’s highlights. Previously performed by the great Nina Simone, Paloma’s version is sexy and raucous — a pop princess she is not.

Her decision not to end with an encore, but to simply carry the set on, was refreshing in a day when most artists are simply expected to return to the stage after every performance. Picking Up Pieces, another single from Fall To Grace, brings the set to a vibrant end, coloured confetti raining down from the rafters, while that voice continues to soar. When she politely explains that she won’t be able to greet fans outside because she has one more show the following night, the audience accepts graciously. And, just like spending time with that old friend again, the night ends with an Instagram photo and a toast from Paloma and her cup of tea.

Today Christie’s New York Wine Department announced the final wine sale of 2018 just in time to bolster your investment portfolio or restock the cellar for Christmas: Finest Wines and Spirits Including the Liberty Hall Museum Collection of Historic Madeira and an Extraordinary Collection of Pre-Prohibition Whiskey. The auction will take place across a day and evening session on Friday the 7th of December and will present a vast array of nearly 800 lots of rarities from regions of both the wine and spirit producing parts of the globe. Taking place concurrently is the Wine Online Sale (19th November – 5th December) featuring approximately 352 lots. Day Session, Lots 1-516, 10am The day sale commences…