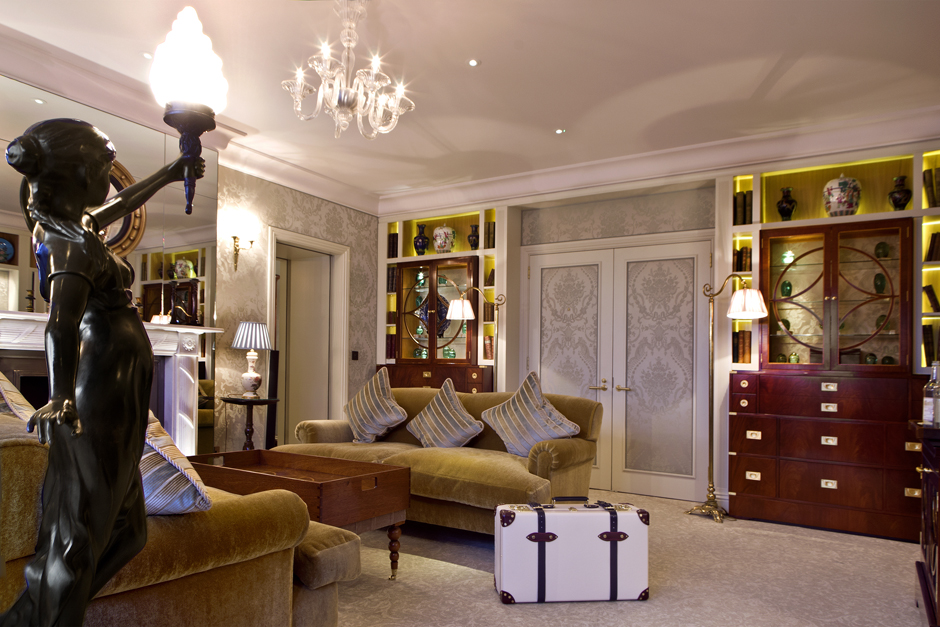 When you say ‘family run hotel’ in anything other than an RP or cut glass accent, one conjures up images of a portly house-wife serving highly questionable shepherds pie from a guest house in Dursley. Perish the thought my well-healed well to do’s.

Deep in the heart of royal London is the last family built and run hotel in the city. In 1910 otto Richard Goring opened the ho- tel that was to become the darling of The Queen Mother. now under the tutelage of Jeremy Goring, the hotel has earned itself the commercial license to print money that is, a Royal Warrant. ‘God Bless You Ma-am’. It’s locality to the palace isn’t just a shrewd piece of commercial property investment, The Goring has served as an informal ad- dition to the palaces South Wing for over 100 years now. King Geroge VI took lunch here on May 8th 1945 with Queen and his daughters to celebrate victory in Europe. Such is the hotels effortless attention to detail and discretion that it was to play host to the wedding of the Century in 2011. Suffice to say, The Goring’s bloodline may as well be blue.

Rather than take the rolls to the door that sunny afternoon, we decided that as it was a nice day, we would shlep from Park Lane to Belgravia. As i playfully sent tourists in the wrong direction and chuckled to myself at my childish sense of humour, I secretly hoped that the Goring would be a safe haven from the day tripper trap that surrounds the palace.

Let’s be honest for a moment, I’m English, i have a certain amount of national pride, standing for the anthem, bowing for her majesty, shouting at Twickenham when we inevitably hound the Welsh into submission. However, tourists fill me with a fairly deep-seated dread. Providentially The Goring was a black satin and gold gilt sanctum for the few people in Belgravia, not sightseeing.

From the moment the doors were swept open for us by the appropriately dressed bowler hat wearing commissionaire, it was clear that The Goring had been operating at peak professionalism for some time and had honed it to a fine art.

Don’t be fooled, this isn’t foe traditionalism for the cameras my ladies and lords, from the afternoon tea to cocktail hour and the use of keys rather than plastic cards. Thats right, actual keys. Such was the surprise on my face when i was handed a dainty key ring and door keys as oppose to an anvil or stone tablet. When you spend 100 times the cost of having a key cut for a room, is it that irrational to expect the basics, a key, not attached to a 2×4. Some of London’s finest could learn a thing or two from the Goring.

Having checked in to a Belgravia Suite, with its art deco picture frames, rosewood wardrobes and fabric walls, there was little to do but unpack and thumb through The Review at my desk. once i was acclimatised and had learnt how to use the in-room lighting i felt perfectly at home. The Goring likes to brake its ambient lighting descent into a series of categories, from ‘Bright to oooh’.

We did however have one afternoon engagement and so decided that we would break with tradition and leave The Gorings hallowed halls, all be it momentarily. As we left, the concierge politely asked ‘what time might you return Sir’, this was a personal in- terest level from a stranger that i had rarely experienced at a luxury residence. only occasionally am i lost for words. ‘Around 4pm i would imagine?’, ‘Very good Sir, do enjoy your afternoon and we look forward to seeing you this afternoon’.

I didn’t at that point give it much thought. Upon our return it made much more sense. As we had arrived back slightly later than planned, we had sadly missed The Goring’s cocktail hour. An informal occasion where gentleman don their finest Savile Rowe smoker and ladies the latest cocktail dress and have an unpretentious Soiree on the terrace.

Such is The Goring’s quintessential Passion for the job, we were met with a le faire vous-même cosmopolitan cocktail kit in our room. Complete with ice, zest, a jug of the pre mixed potion and crystal cocktail glasses. As we had missed ‘the hour’ the staff, nay, family at The Goring had left us their own private welcome to the kinsfolk. As the hours passed and the light faded, i found myself on the leafy terrace, alone with a glass of Lagavulin and a Cohiba Behike 56. Staying at The Goring was like visiting extended family, all of the best china was used and the silverware shined and they gave their absolute all to the job of making you feel right at home.

The turn of a new year brings with it the promise of a fresh start, big plans and personal reinvention. Making new habits stick, ridding ourselves of any negativity… We all know that small changes can be some of the easiest to stick to, but grand plans are always more eye-catching.