Before we had the Evoque and the Velar, the only other way one could participate in the full Range Rover experience was through the much-vaunted, at the time, Range Rover Sport. Fast forward to 2022, and the sheer number of SUVs that have followed in its wake is simply staggering. Launched in May, the Range Rover Sport enters its third iteration. With it comes a sense that it has always been there. It fits. I mean, for many of the younger generation, it actually has always been there. Anyway, with this generation, one is treated to the most luxurious and technologically advanced product yet. 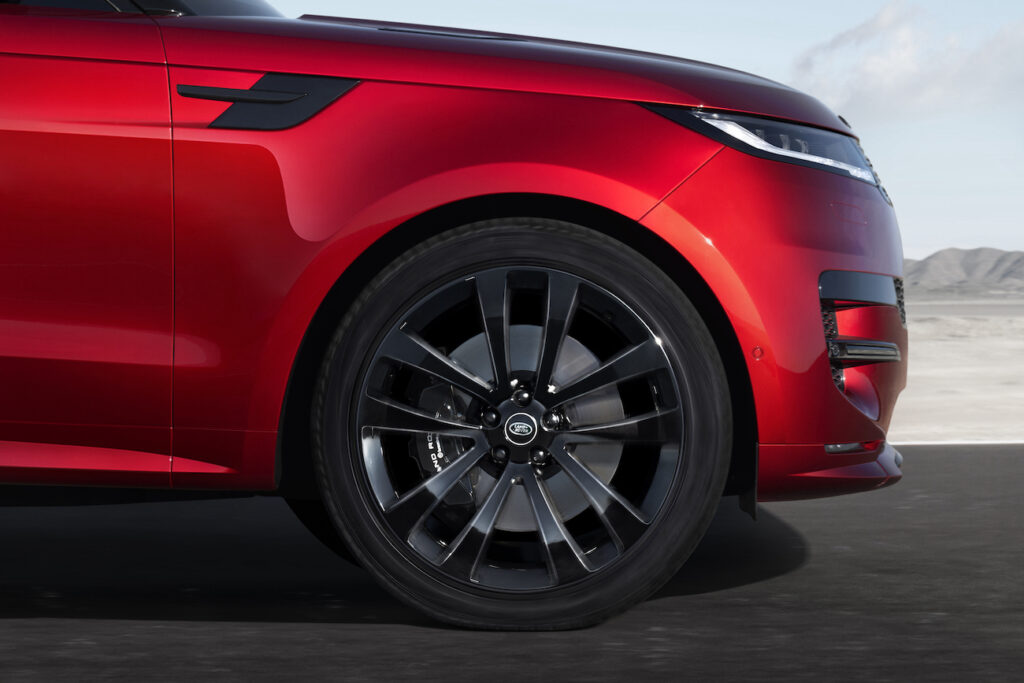 First up is the new flexible Modular Longitudinal Architecture (MLA-Flex), providing the, and I quote, ‘perfect foundations for its superior dynamics and peerless refinement.’ Peerless you say? Tell me more… With the Automotive landscape hurtling towards electrification, the Sport comes readily available with an extended range electric hybrid option from launch in addition to the mild hybrid petrol and diesel engines. Six cylinder replaces four in these plug-in hybrid options and there remains a full fat twin turbo V8 for the SUV purists. Hilarious. Though this is a new engine, garnering 530PS and a launch 0-62 sprint of 4.3 seconds, matching the output seen in the outgoing SVR. Those powertrains will be supplemented by a fully electric model in 2024 and the seemingly ubiquitous SVR will also follow. 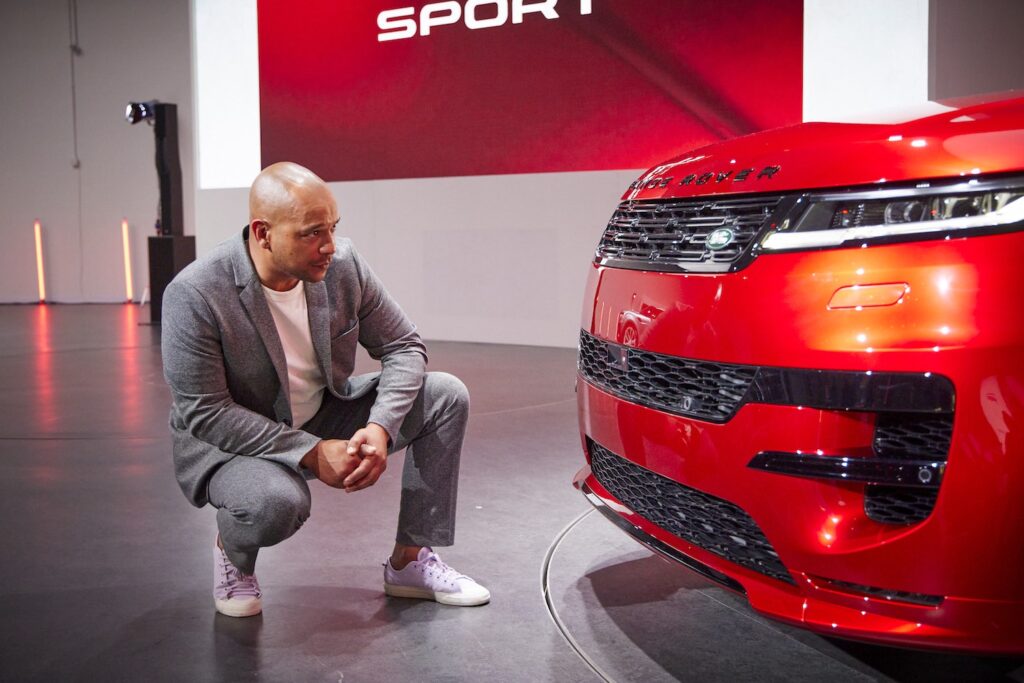 As would be expected, design is very much a progression rather than any sort of design revolution. As such, the Range Rover Sport cut a fine figure at the launch event hosted at their technology centre in Gaydon. Two examples were previewed, but first, attendees were treated to the epic launch video made with Bond stunt driver Jessica Hawkins, which saw her battle the slipway of the Karahnjukar Dam in Iceland. Think moody scenes, black ash sand, torrents of water and a slightly feigned sense of urgency and/or danger. It could have come off as somewhat trite, but actually, is a well-produced, gleefully silly way to promote the model. I couldn’t fail to goggle wide eyed at the screen, a slightly unhinged grin on my face. For those of you on tenterhooks, the car made it. 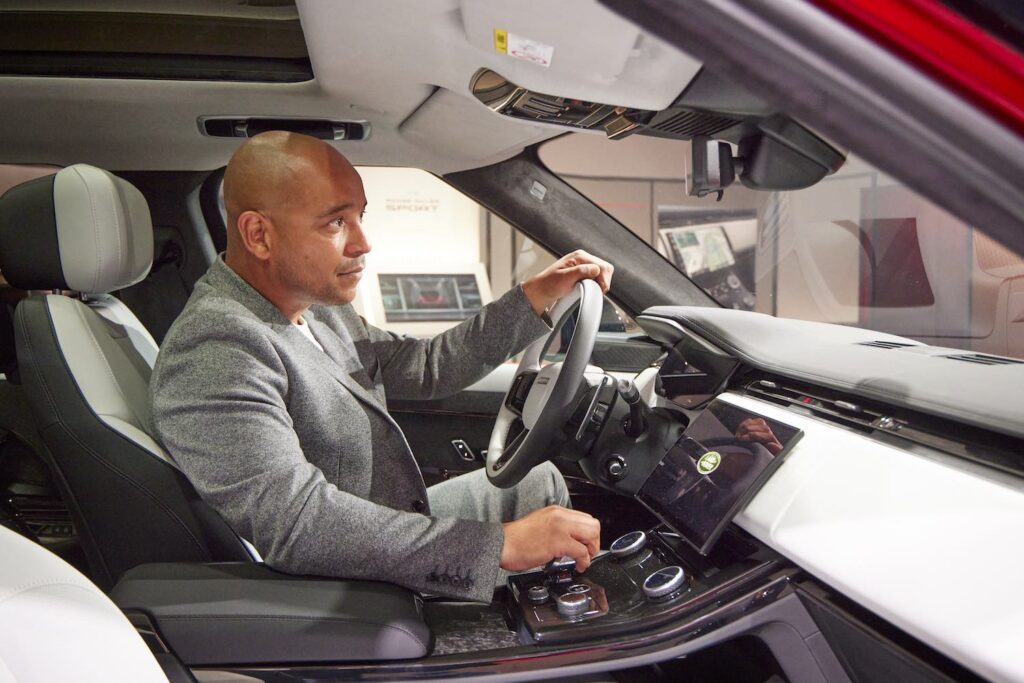 The peerless refinement will have to wait until we are supplied with an example to test, but the luxury and technology claims are certainly evident for all to see. Intelligent mapping will always aim to take you the most efficient route across the car’s driving ranges. The eight-speed gearbox has been re-engineered to optimise patterns in the driver inputs to ensure the most engaging responses possible. This combines with Range Rover Sport’s latest Adaptive Dynamics system that again uses driver inputs to adjust roll and pitch rate, again, aiming for the most engaging drive possible. For the first time on a Land Rover, the Sport features switchable volume air springs which comprises dual air adaptable air chambers with pressure, valve controlled, which allows for increased dynamism through the raising and lowering of the spring pressure. An electronic active differential in combination with torque vectoring ramps up the sportiness of the Sport, promising the most dynamic drive yet. 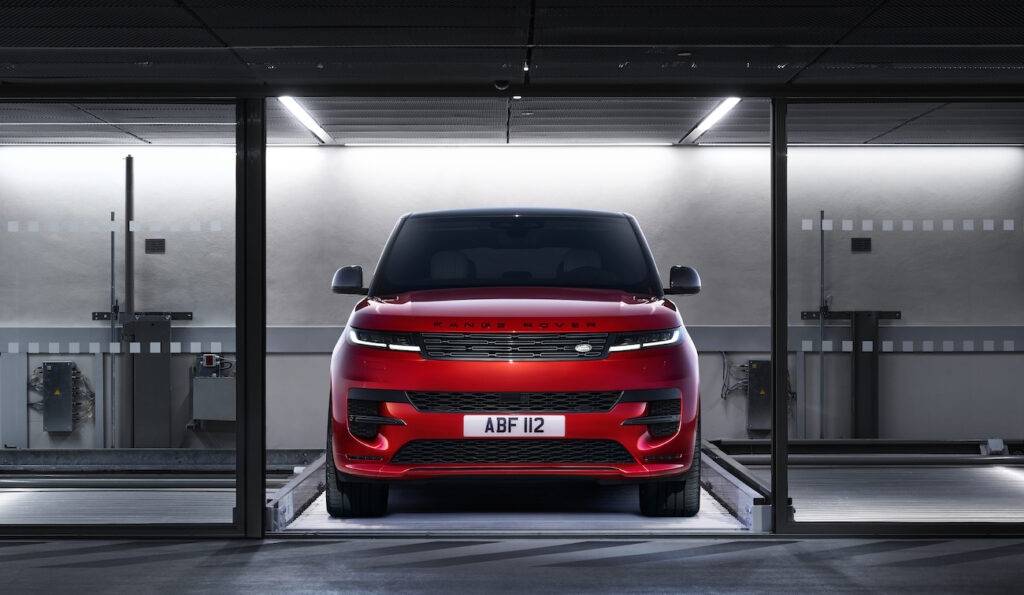 Inside the cabin, the technology continues with a slew of contemporary connected options. CarPlay and Android systems combine with Amazon Alexa systems so one’s entire life can be fully integrated. More and more one needs to really be mindful of search history, no one knows where it may spring up next… New interior textures show the sustainable future being employed across the industry. But stalwarts of the range remain, such as the signature Meridian stereo, one of the automotive world’s greats. The driving position is hunkered down in the cabin, which in turn allows for more rear passenger space. Outside, much has been done to draw the lines, swathes and shadow lines into sharper focus. The new Sport cuts a fine silhouette and is certainly an attractive car, especially in ‘Dynamic’ trim mode. Shown at launch in an aggressively red, red; with its 23-inch wheels and black exterior trim, it certainly looked every bit as sporty as the name suggests.

As I said, very much a progression of a car that is immensely popular in the Land Rover line-up. Good looking as we would expect and full of the latest technology that really does enable the Land Rover and Range Rover ethos to keep on and keep growing. With traditional skills such as off road capabilities now combined with the technology cues and comforts that are so desired at the pinnacle of this segment. We will of course be putting the car to the test soonest, but for now, the top two rungs on the Land Rover ladder are newly replaced and sparkling. Sales, I am sure, will not be hard to come by.

Gregarious, opinionated, a destroyer of cocktail menus and invariably late. Motoring Editor Edgeworth leads the team providing automotive content stemming from years of passion and part time work. A keen eye for design and a horder of factoids combine with a love of architecture, good food and the occasional party. Mostly found avoiding public settings.

With his distinct cockney accent and rough-around-the-edges charm, Michael Caine gained stardom in the 1960s as the working-class antithesis to the typical upper-class English hero. The Review met with Caine to discuss his successful—yet seesawed—career. How did you get into acting? My father thought acting was for sissies – but he didn’t actively discourage me from doing it. He died soon after I became an actor. But my mother always encouraged me to do whatever I wanted, she was really great. Growing up, how involved were you with the South London gangsters?  I knew a lot of gangsters in London very well. That’s why, when I made Get Carter, I…