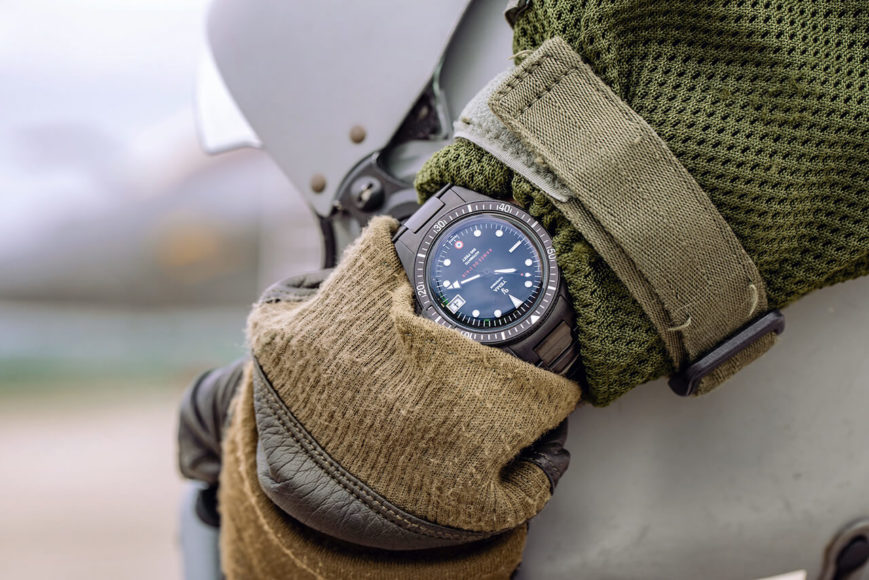 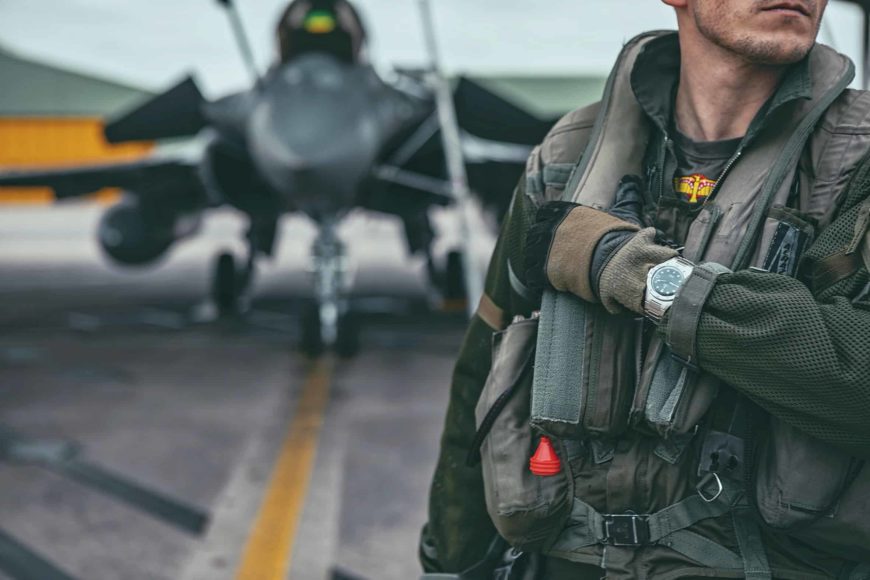 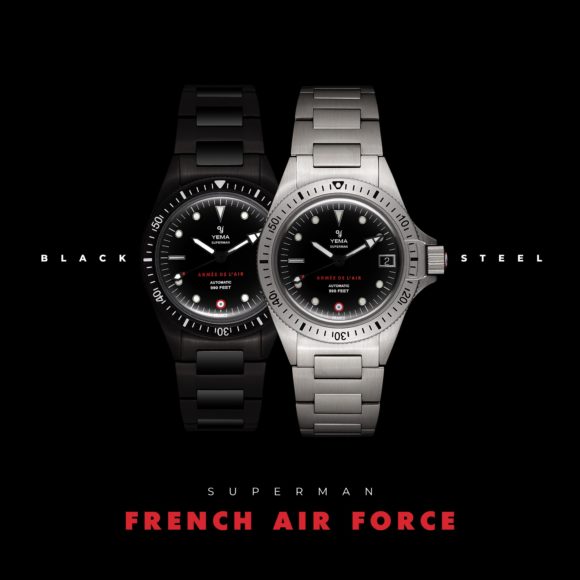 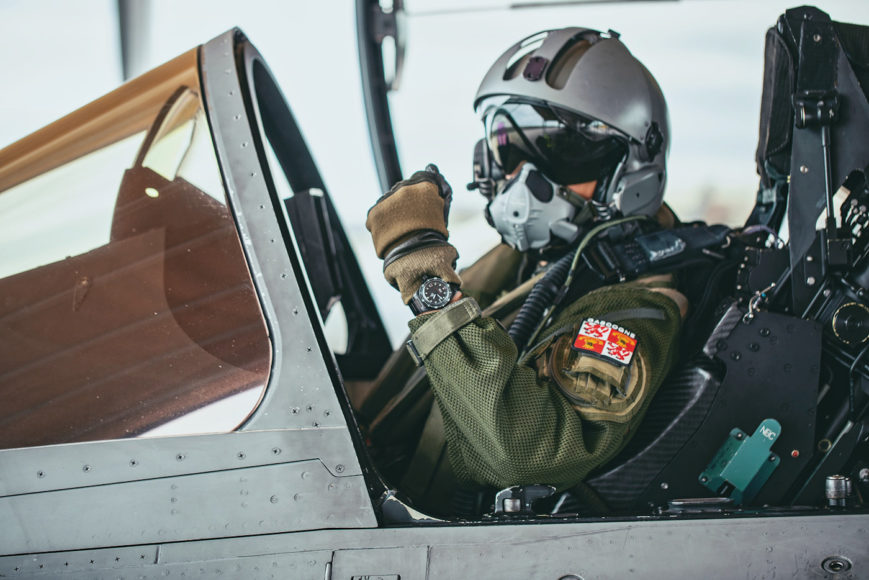 The select world of military timepieces is a sacred posting. Historically engineered and developed under rather lengthy, if not largely unenforceable, contracts with nations armed services brass, military spec watches are designed to last under, let’s say, rather hostile conditions.

This year, French watchmaker YEMA will be releasing their Superman French Air Force timepieces to the public, in a redesigned collector’s edition. When a timepiece was issued to service personnel, their role required it. They were produced in low numbers and weren’t largely available commercially. Think back to Christopher Walken as Captain Koons in Pulp Fiction. “The way your dad looked at it, this watch was your birthright.” And for the men and women of the French Air Force (Armée de l’Air), no doubt the tradition will continue.

The new collection has been entirely redesigned in partnership with the French Air Force to meet the requirements of their divers and fighter pilots. The pieces will be available in both black PVD and steel case. This means you’ll have to carefully decide which camo stick to use when prepping for your mission and which casing colour is less likely to get you caught.

There Superman French Air Force is equipped with YEMA’s in-house calibre MBP1000 and features a matt black dial printed with “French Air Force” logo and the coloured national insignia at 6 o’clock. Hopefully the next incarnation can chime La Marseillaise. One of the more uplifting and patriotic of National Anthems, if I do say.

The origins of this collaboration go back to 1970, when YEMA was equipping special operations teams of elite divers with Superman models. If you would like to know more about the specifics of the missions and their goals, please enjoy wadding through redacted reports. If you really want to go down the rabbit hole, YEMA state that they’ve “designed watches in partnership with renowned scientific and military bodies since 1948”. We do know this includes the country’s space agency, but that’s all they are willing to say on record. Whomever these watches were made for and utilised by, they were certainly heavy operators. Military watches are, after all, required to withstand the rigours of full blown military incursions.

Cases need to be impact-proof and resistant to corrosion under what could only be described as brutal weather conditions. It must also be reliable, be able to perform in the bitterest cold, and under the scorching sun.

Note we’ve referenced the heat of the nearest star and not any kind of explosives there. You can choose to test your personal watch under whatever conditions you prefer, of course. So, not only must the timepiece be hardened to the highest level imaginable, it must also be easily serviceable and easy to use. Parts will break on a well-used military timepiece, enemy fire, fast roping in, halo drops, extreme G forces and unchartered depths are all faced in the service of a country.

YEMA’s in-house self-winding mechanical movement is entirely designed, developed and assembled at their rather beautiful Morteau workshops in France. It beats at 28,800 vibrations an hour and has a power reserve of 45 hours. The hands and markers are treated with Swiss Super-LumiNova, so offer perfect readability in low light conditions.

Each piece in is engraved with a unique number from 0001 to 1948, and you can reserve your preferred number online (subject to availability). Given such a limited number of watches are being made for to the public – and priority given to Air Force staff – you’ll need to pre-order STAT.

YEMA will also be by donating up to 12.5% of sales to the official French Veterans Foundation (FOSA).