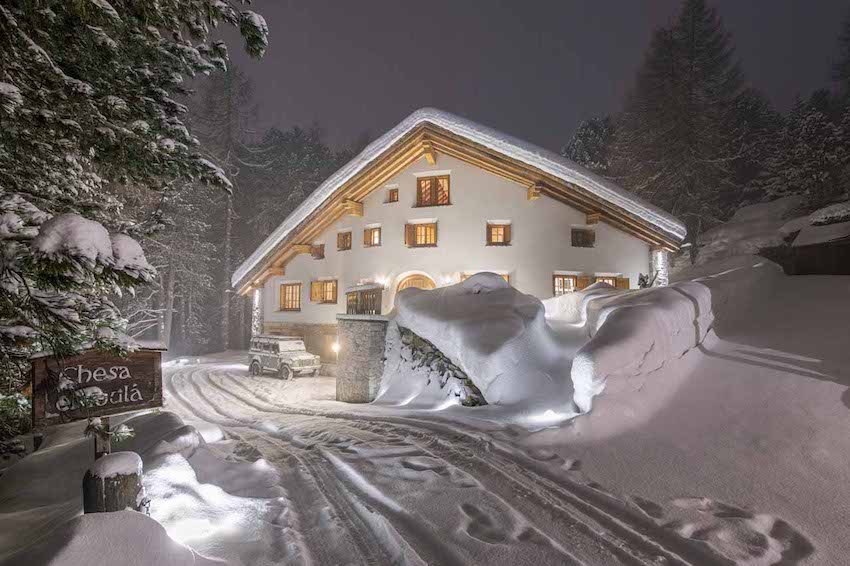 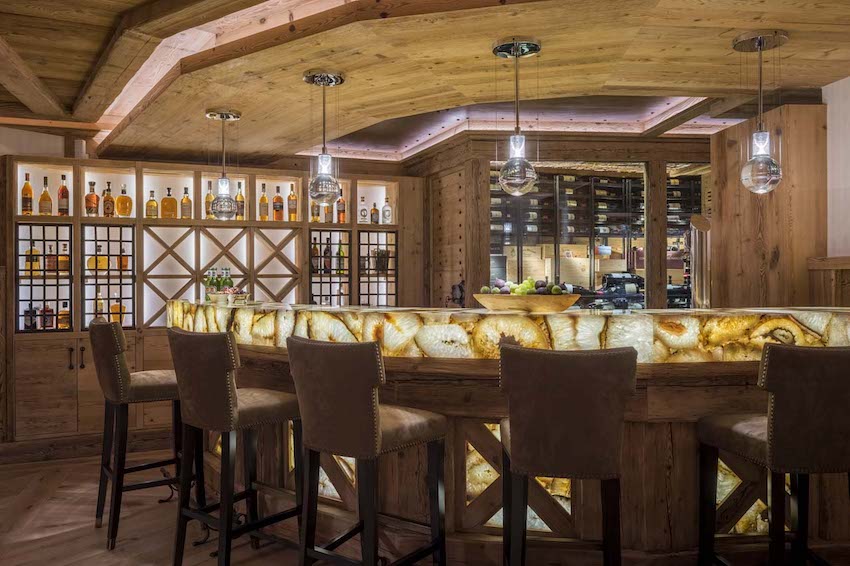 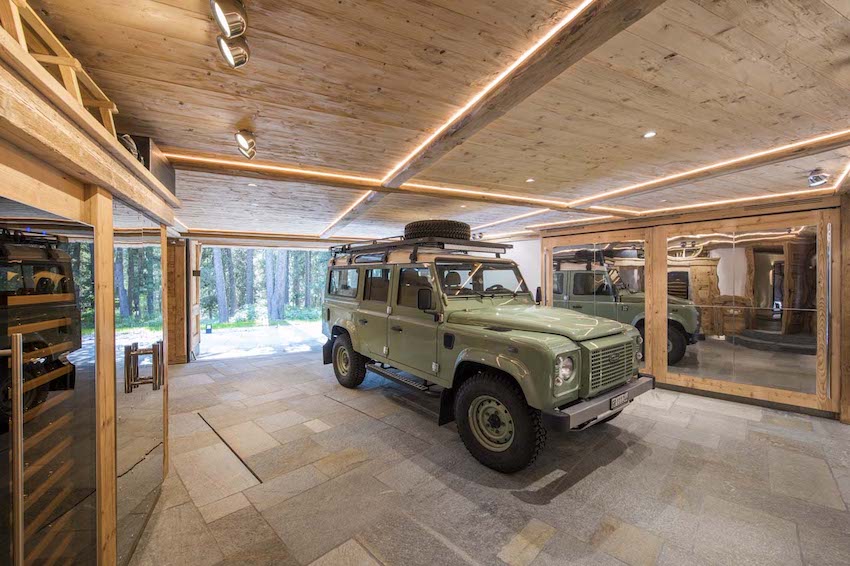 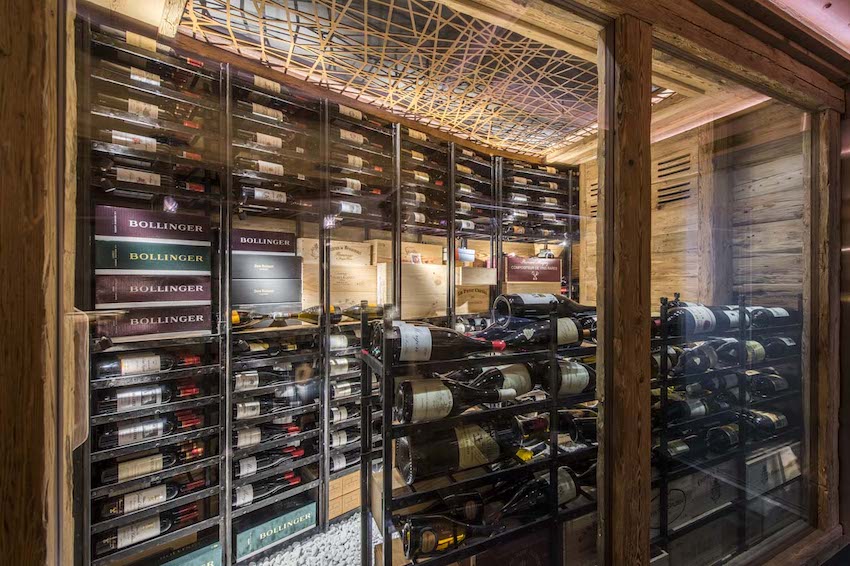 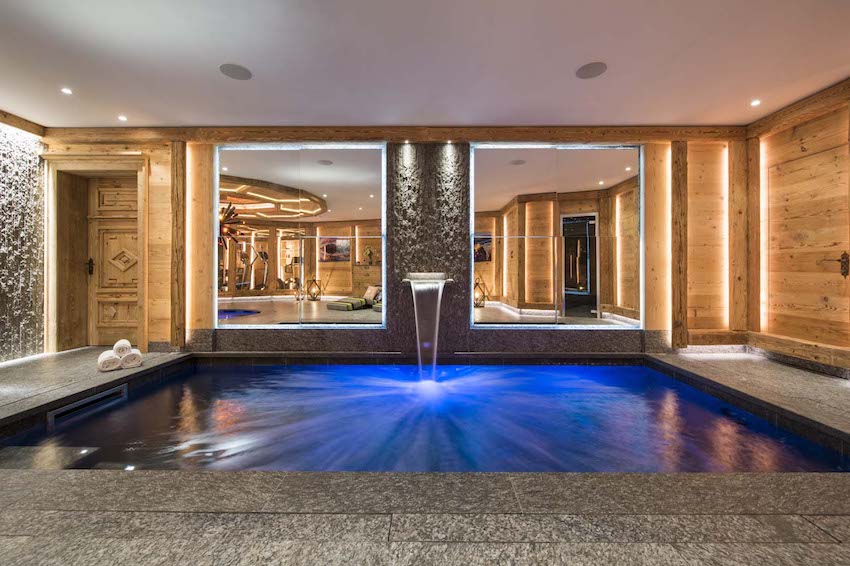 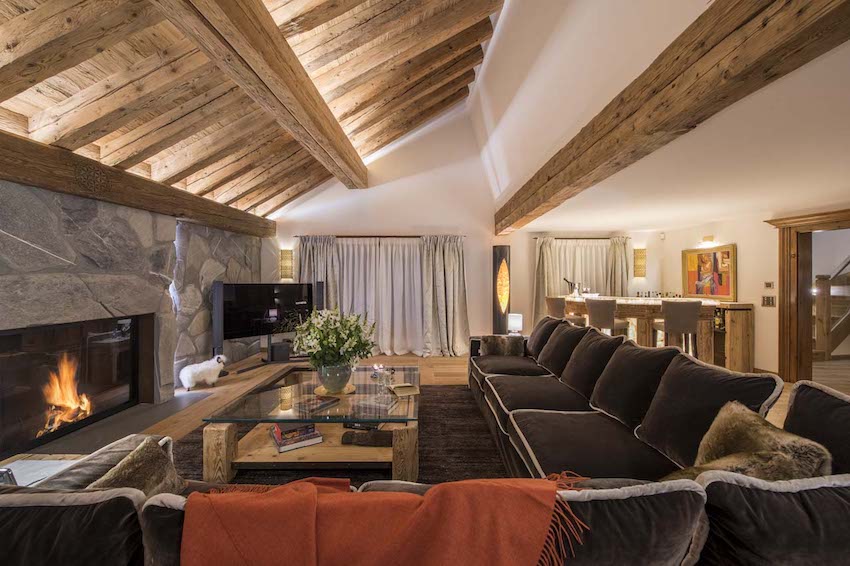 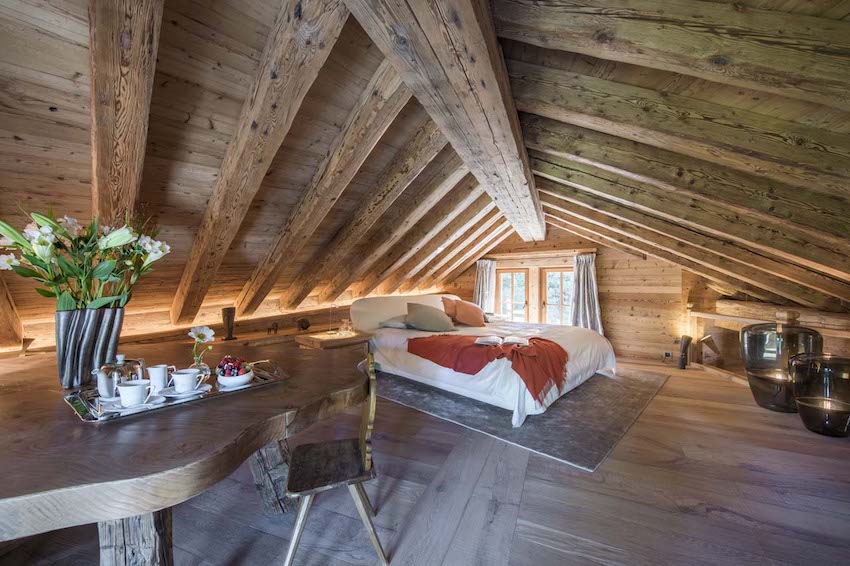 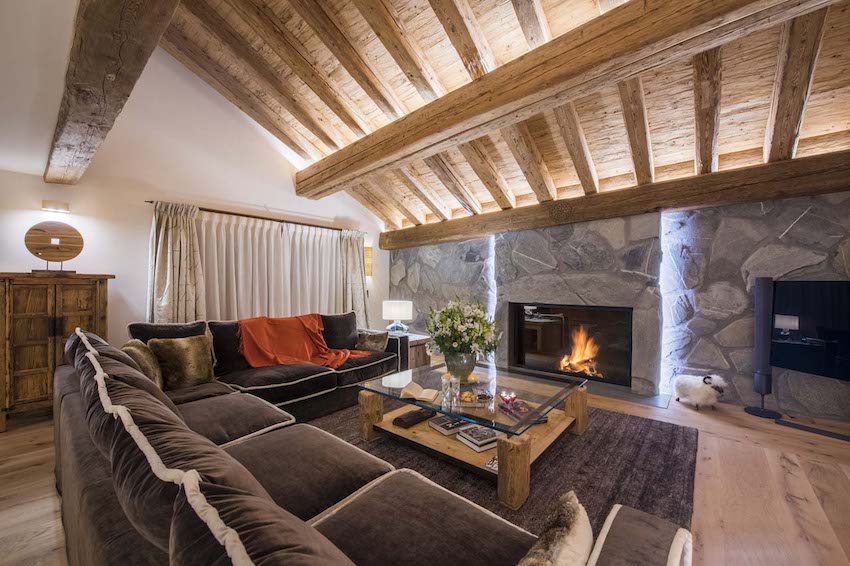 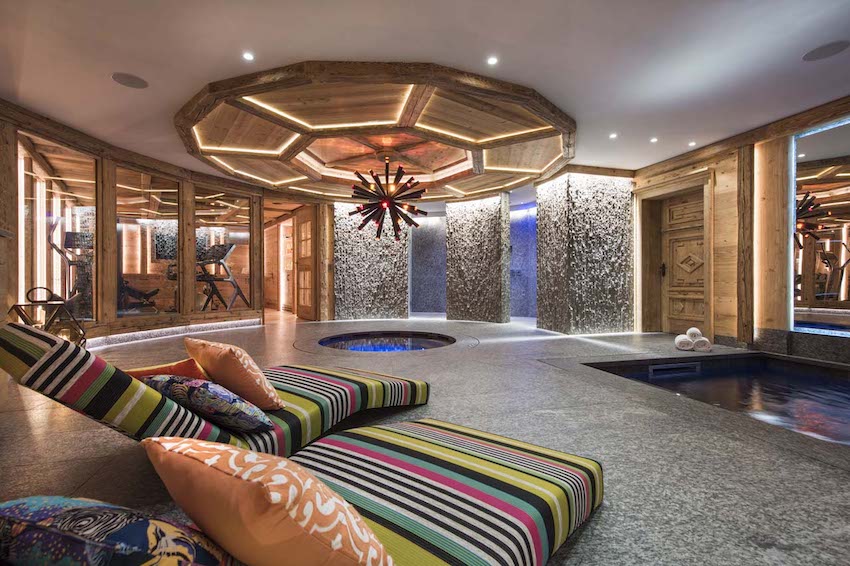 When I started 2020, I was almost mountain fit. Not rock-climbing fit, you understand, but skiing down. I spent the last six months of 2019 working on a fitness routine to kick start myself into a 2020 season of incredible heli skiing in New Zealand, British Columbia and Japan. You already know where this story is going. It sadly wasn’t to be. In 2020, I managed four days skiing in Vermont, total, before returning to the UK rather unceremoniously to pick up a last-minute project. It was stunning, though, and the conditions were incredible, but one trip isn’t enough I tell you. So, whether you are landing privately with the entourage, or boarding the only flight you can find to the slopes, here are five of our favorite winter escapes. 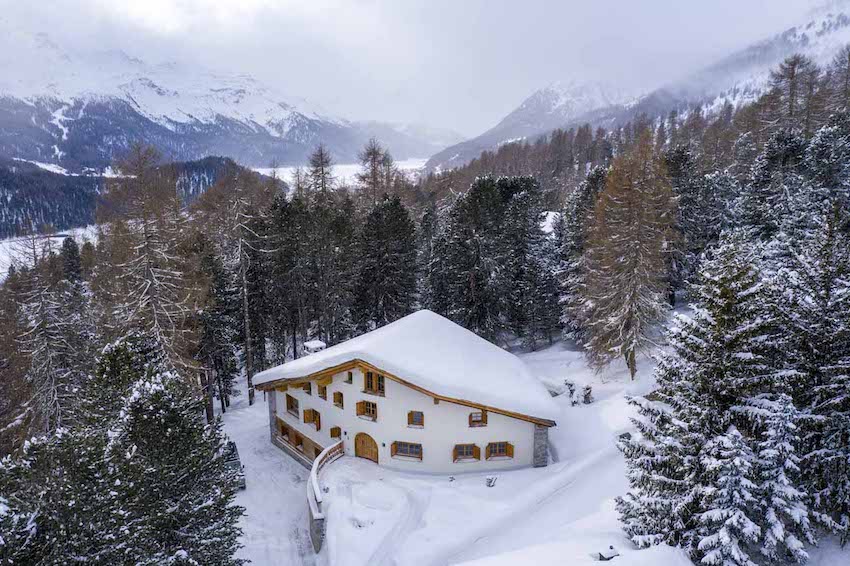 Leo Trippi’s heritage as a purveyor of exclusive global chalets goes back to 1882, when co-founder Florian Steiger’s great grandfather, Leo Trippi, ran some of the most iconic hotels in Engadin and Italy. Now, with offices in Switzerland, Moscow and the Cotswolds, the team continues to carry the Trippi family crest and a traditional approach to travel planning.

Less than a ten minute drive from Samedan airport, St. Moritz is still one the world’s most exclusive resorts with Michelin-star restaurants aplenty, luxury chalets, designer shopping and 155km of slopes on the home mountain. There is a lot to love.

Leo Tripp’s recommendation is the traditional Engadin-style, six-bedroom Chesa el Toula in the Suvretta area. The chalet is set over five floors and offers 900 square-metres of living space. The property has a swimming pool, indoor and outdoor hot tubs, cinema room, bar, wine cave and is fully staffed. It also comes with access to a heritage Defender, though only chauffeur-driven. Leo Trippi also partners with Vertis Aviation, so if you prefer to charter, look no further. 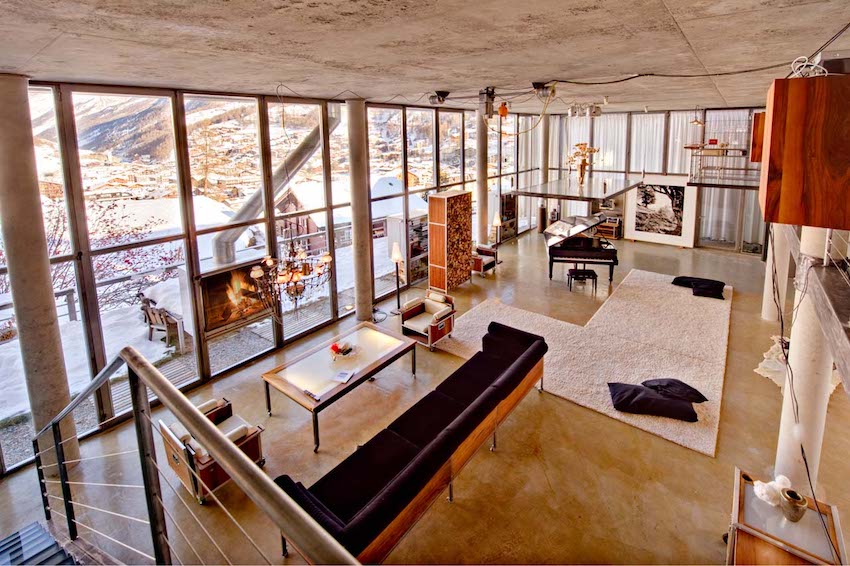 I started skiing later in life than most, having not been raised on or near the Alps, and having no family with a predilection for skiing. So, it’s tough to say why Zermatt was the first resort I visited and learned to ski in. I returned in October, year after year, to ski on the glacier given that Zermatt has Switzerland’s highest ski area. Given the mountain villages age, it’s entirely car free, though the train from Geneva is a beautiful jaunt. You can still get around the village in golf buggy-style taxis, of course, that charge by the blood diamond.

The Heinz Julen loft is a 300 square-metre loft, high in the hills, accessed by tunnel in the centre of Zermatt. Once at the top, the chalet is a two0-minute walk from the plateau. Whilst not isolated, this property is wonderfully far from the crowds. Built by local designer Heinz Julen, there’s a main living area, two double bedrooms, a master on the top floor, jacuzzi and private sauna. Not to mention the remotely controlled 180-degree wrap around curtain hiding the lofts inhabitants and their rock-star tendencies. This in addition to the dining table that raises and lowers to facilitate a full dance floor.

Whilst at the loft, ask the chalet manager why there are so many oil paintings of Robbie Williams and what the initial intention was for the loft before a rather famous gallery exhibition took place in Zermatt. 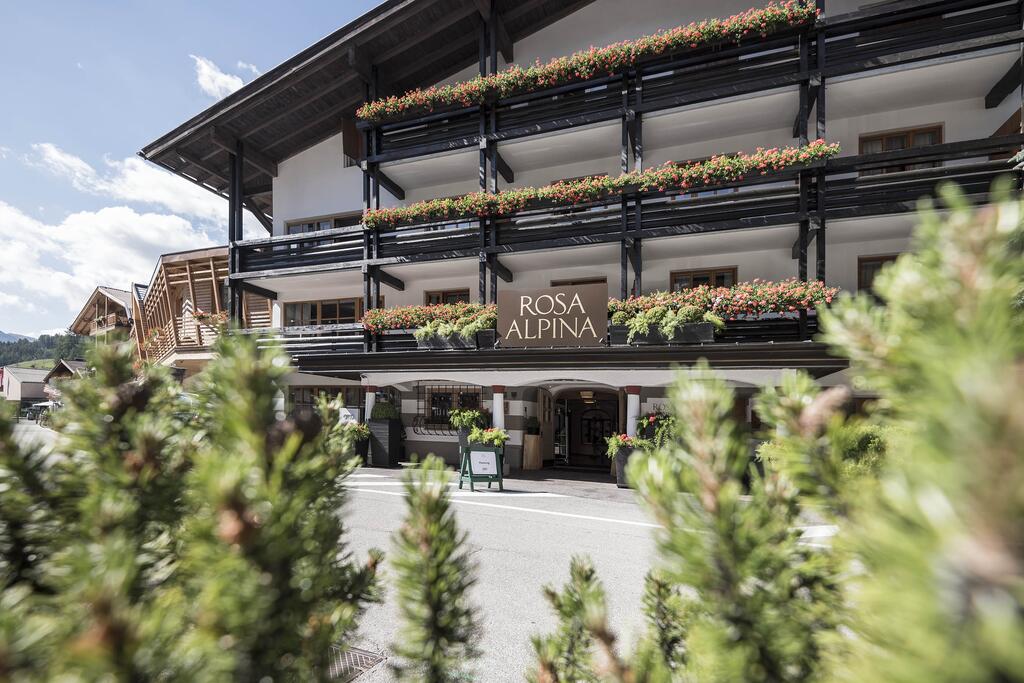 There are few places with more impressive dining options than Italy’s spectacular UNESCO-protected Dolomites mountain range. The region’s limestone cliffs have a distinctive pink hue, a result of their creation some 20,000 years ago, when they were underwater.

Here you’ll find the charming hotel Rosa Alpina in the mountain village of San Cassiano. Every year I tell myself I am going to ski the culinary tour of the Sella Ronda, and every year I’m lured elsewhere. Originally we were hosted by the team at Rosa Alpina and Chef Niederkofle, whose culinary roots can be traced back to the Valle Aurina, a small valley near Brunico in the province of Bolzano. We spent three nights at the hotel which has its own Chalet Zeno and penthouse accommodation in addition to an array of suites. Dine at St. Hubertus and ask ahead if Chef Norbert is available before or after service to show you around the kitchen. You’ll have an experience indicative of his three Michelin stars.

In terms of the actual skiing, the Dolomiti superski lift pass covers the Sella Ronda, as well as a few others and has a total piste-distance of 1220 kilometre. So, it’s worth securing a guide for the week if you’ve not been before. 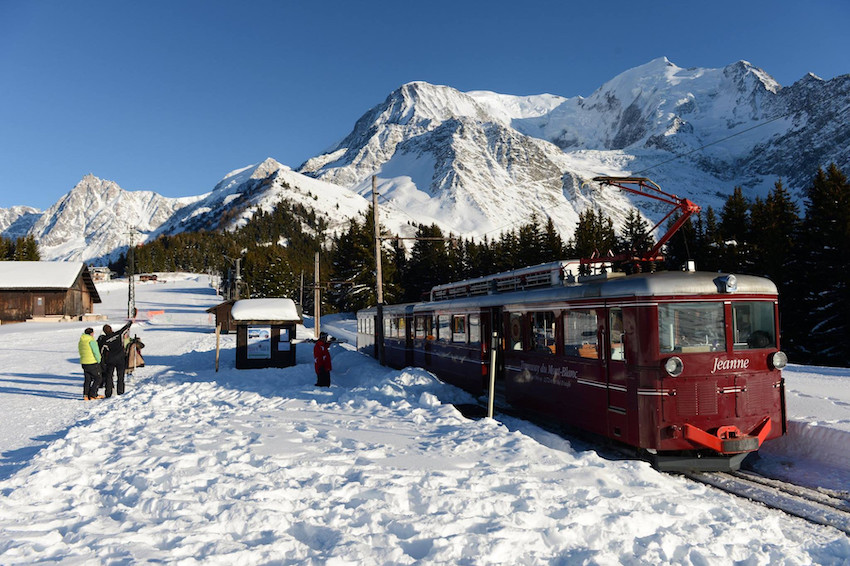 Whilst staying in Chamonix many years ago, the tourist board took a group of us snowshoeing. This involved taking a train to the small village of Saint Gervais. The first chairlift in Europe was built in 1940, in Czechoslovakia, in the Moravian Silesian Beskides mountain range. Before the invention of the modern chairlift, we had the J-bar or cable car. Arguably the main mode of transport up the pistes of Europe was still rope, with mountaineering still favoured by many. With each giant leap forward in mountain technology, small alpine towns were constantly having to cater to larger and larger international footfall. This rapid clash of tradition and modernity often left centuries-old mountain villages looking more like McMountain retreats than classic Montblanc. So, it is deeply refreshing when you arrive in a ‘ski resort’ to find it hasn’t lost its abundant original charm and period features.

Saint Gervais les Bains sits between its better-known siblings, Megève and Chamonix, about an hour south-east of Geneva. The main town of Saint Gervais appears like a location from a Wes Anderson film. Some of the turn-of-the-century buildings rising up in the town square are the stuff of fairy tales and scouting agents dreams. Every time I arrive in the Haute Savoie region, I hear Nicholas Britell composing with Julliard in my head over and over again. Saint Gervais is at the centre of France’s third largest ski area, the Domaine Evasion Mont Blanc. It boasts 445 kilometres of pistes and five snow parks. Megève, Combloux and Les Contamines can all be accessed.

If you’re looking for a chalet company in Saint Gervais with high levels of service and access to the slopes, let us know – we’ve always booked directly. 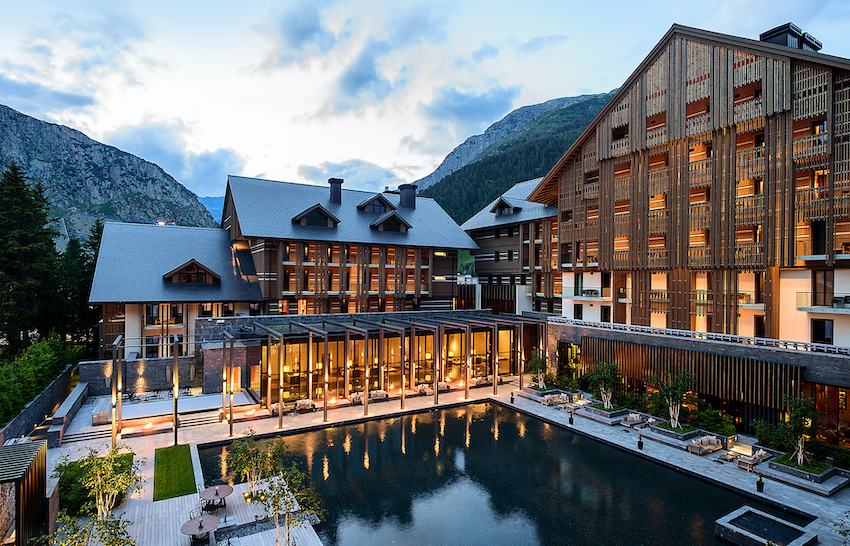 I suspect the Chedi shows up on any number of ‘top ten’ alps guides. Despite being situated next to the incredibly traditional town of Andermatt in the Ursern Valley, it blends in rather well. Andermatt lies at the heart of the three major alpine passes of Switzerland: the Gotthard, the Furka and the Oberalp. Cast your mind back to the release of Goldfinger in 1964 and you should remember Connery chasing Auric Goldfinger’s Rolls Royce Phantom III up the Furka Pass in his DB5. To say the topography of the area is impressive is an understatement. At only one-and-a-half-hours from Zurich, one from Lucerne, two from Milan, and connections available via the Matterhorn Gotthard Railway, such as Zermatt and St Moritz, Andermatt is in a prime location. If you’re looking to make headway into town in something slightly more private, the airfield of Buochs has a 2,000-metre runway just 60 kilometres from Andermatt.

The five-star deluxe hotel, the Chedi Andermatt, opened in 2013, offering an exclusive spa, restaurant combining Swiss, European and Asian cuisine, wine and cigar library, and a towering five-metre-tall cheese humidor. That’s right, I said ‘cheese humidor’. This was enough to secure them the Gault Millau title of Hotel of the Year 2017. In 2018, the resort will see the opening of the four-star Radisson Blu hotel, adding 180 rooms and suites.