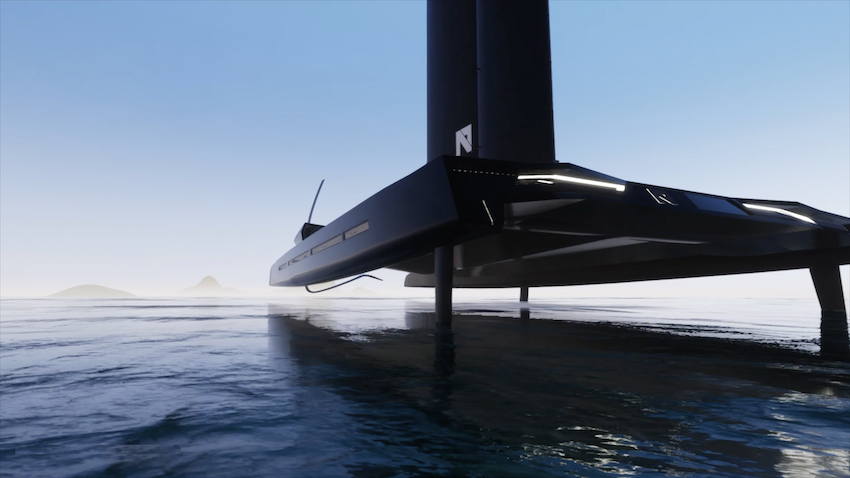 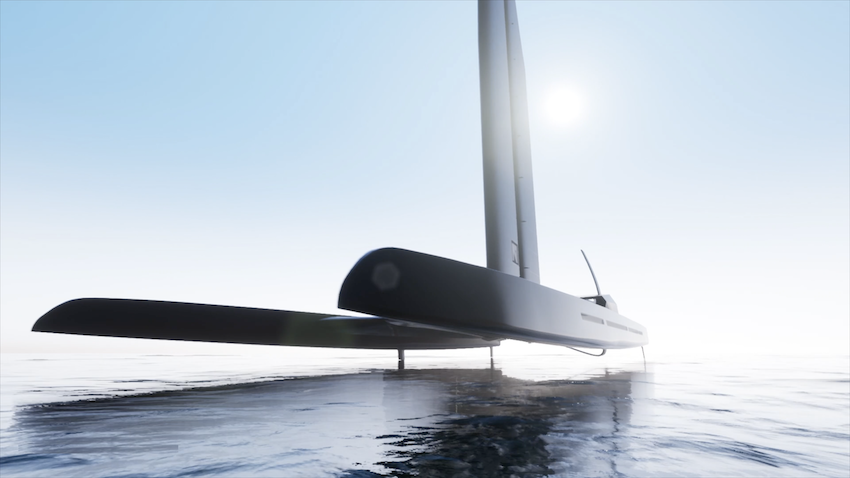 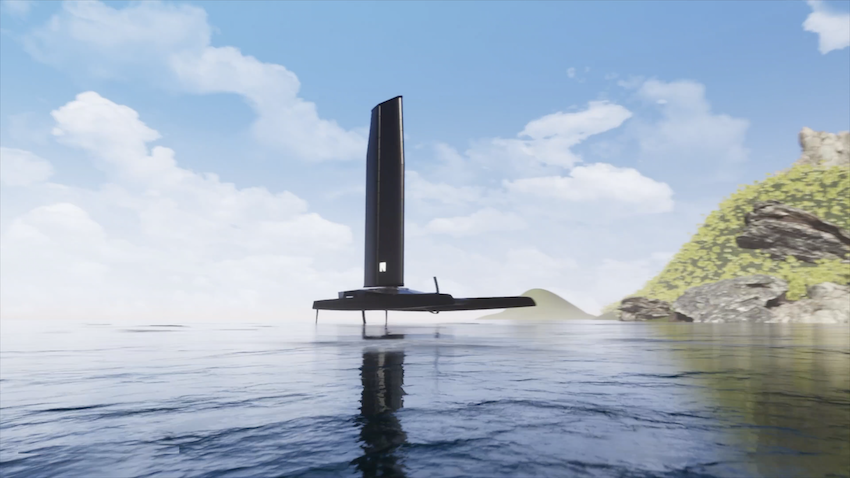 It seems a little on-the-nose titling any editorial after the name of the yacht. But given the gravitas of the Nemesis project, I thought I would cut to the chase. Not since the 118 WallyPower have I been so enamoured by a vessel. A 101m autonomous hydrofoil catamaran with a beam of more than 39m is worthy of the Thomas Crown Affair, by my standard. It has incredibly beautiful lines and design cues of a modern SR71 Blackbird. So, in a ‘world of white bathtubs’, a superlative that Pascale Reymond once used to describe superyachts to me at a party, I think we could do with being a little more Richard Roper about what we are mooring. After all, UBS reported a global wealth increase of 27.5% amongst those of you in the billion range this month. We’re talking about the kinds of wealth concentration not seen since 1905, so I don’t think I will be waiting that long to see a launch. In order to get the finer details on the Nemesis One, we spoke to CEO Richard Ruthenberg about his 50 knot-plus, oceangoing titan.

Where did your idea for a semi-autonomous catamaran come from?

Since I’ve seen the first flying America’s Cup multihulls back in 2012, I’ve been amazed by hydrofoil sailing yachts. I started to dig deeper into the technology of hydrofoils and wing sails. When Gunboat launched the amazing G4 catamaran project, it became obvious to me that a hydrofoil sailing yacht is hard to control manually by non-professional sailors. The performance achievable is unprecedented, but the same applies to the amount of skill required to safely operate a ‘flying yacht’. After the capsize of the G4 in the Caribbean, I became more concerned with safety and handling and focused more on sensors and automatisation applications for sailing yachts.

It was in 2017. I was riding for the first time in a friend’s Tesla and he showed me the autopilot feature. It was then I realised that a comparable assistance would make for the key factor for safe and easy operation of a hydrofoil sailing yacht, too. After more than two years of collaboration with software engineers, UX designers and sensor manufacturers, we’ve now developed the software and hardware base for an autonomous hydrofoil catamaran, which doesn’t require a team of 10 America’s Cup pro-sailors.

I understand your background in design and build is on the industrial scale and is bleeding edge?

I’ve been working in composites manufacturing in China for over a decade, on many large-scale projects. From 90m long wind turbine blades to 500t carbon fiber reinforced suspension bridge parts, I’m used to – and love – leading projects that are right on the edge of feasibility to success. 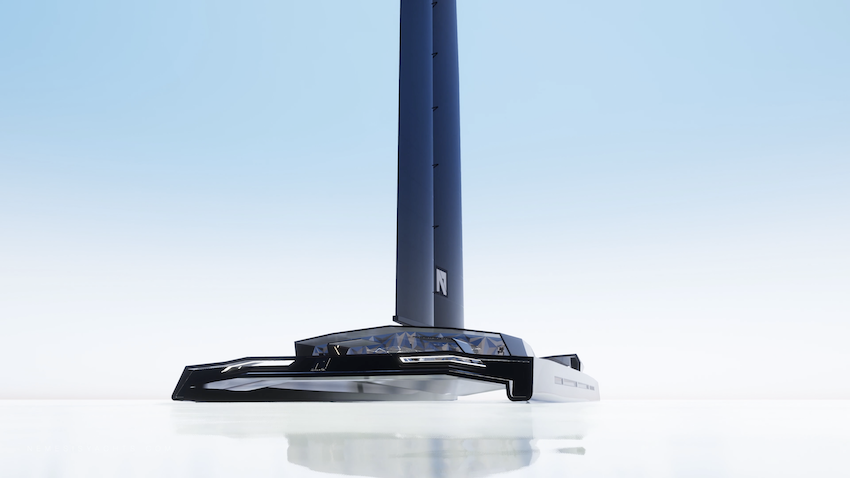 How long have you been working on the Nemesis One project, and what were the core R&D elements?

The first sketches and mind-maps were drawn back in 2014, and since then I’ve gathered all available information on hydrofoil multihulls, autonomous vehicle software, controls and sensors.

When do you foresee going into production, and are discussions with prototype yacht buyers ongoing?

We’re currently talking to a few interested customers, and hopefully we’ll see the start of production for hull #1 by the end of 2021. As the Nemesis yachts are fully customised to the owner’s specifications, there are a lot of options and technical details to be discussed. The balance between amenities, that add weight to the build, and the need to save as much weight as possible isn’t an easy task. But I can say, for sure, you won’t see Italian marble floors in our yachts.

It takes guts to state that you’re conceptualising the fastest sailing yacht in the world.

To me, performance is the only true challenge when building luxury sailing yachts. It’s easy to build large, heavy and over-expensive yachts, but that’s not what we’re after at Nemesis. When I initially conceived the concept I wanted to design the ‘Bugatti of the Seas’, but equipped with a high-performance wing sail, instead of a gas guzzling engine. The technology is there, the team is ready, we just need a performance-loving owner, who wants to leave a mark in the luxury yacht industry. 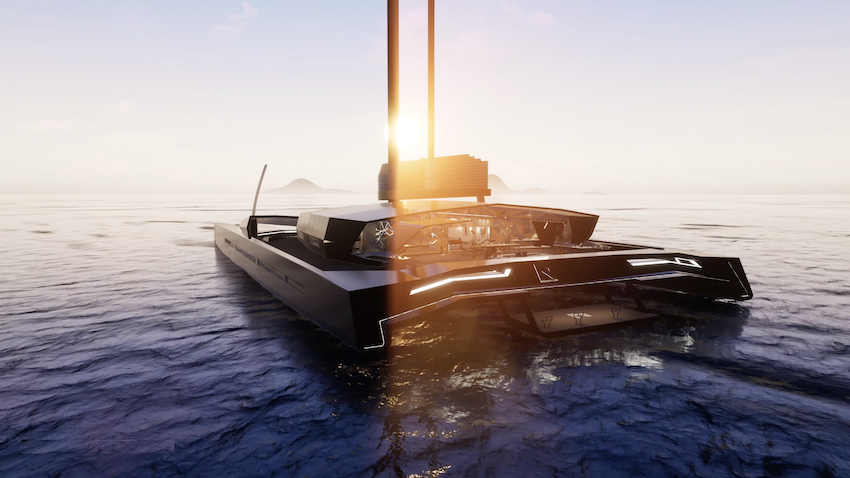 Do you think the final version of the Nemesis One will be the full 101m? Or are you likely to go into production with one of the smaller designs first?

Personally, I’d like to see the 101m Nemesis One as hull #1, as it offers truly spectacular loft-style interiors, unprecedented in performance sailing yachts to date. The sheer size alone will be stunning, but I’m looking forward to seeing the faces of your fellow yacht owners when you zoom past them at over 50 knots. Nevertheless, we’ve got requests for the smaller designs, too – so we’ll see.

Can you tell us about the team you’ve assembled to take on the first build?

At Nemesis Yachts, I’ve brought engineers and composites workers with me that I’ve been successfully working with for years. We’re all together ‘up on the fence’ and ready to start.

Can you explain the switchable living modules to us?

The living modules are a Nemesis Yachts exclusive feature. It takes the common option in performance sailing yachts, to make furniture removable for racing, and adds the possibility to exchange the layout of your yacht for different configurations. Additional modules can be stored on land and shipped to the destination you need them. Yachts have always been a way to enjoy the ocean, together with people you love. So, maybe you want romantic couple time, you can have a spa, gym and home cinema module installed. The next time you want to bring all of your family and friends for a weekend cruise, just choose modules with additional luxury guest cabins and enjoy.

On the other hand, with the modules completely removed, you’ll have your yacht in a ’superleggera’ race setup. Offering only the most necessary amenities to your crew and die-hard sail race buddies, while you slice all competition in half on your race days. 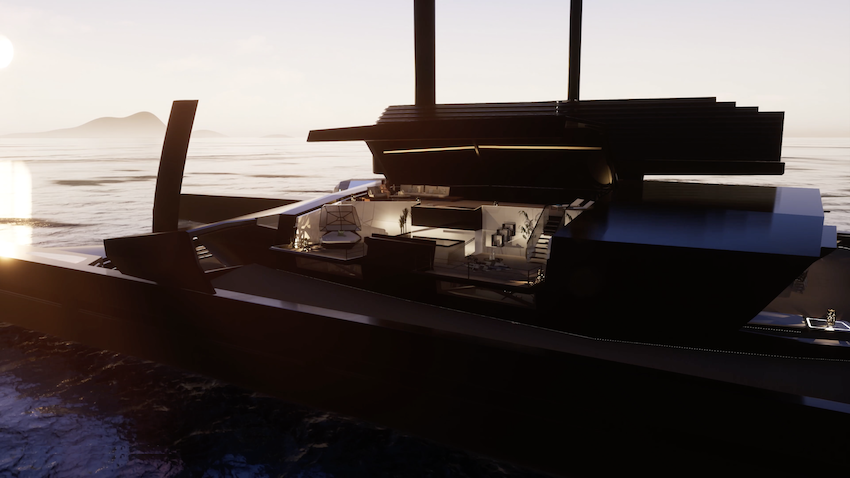 Is the initial build cost likely to break records?

It’s not our goal to build the world’s most expensive, but rather the fastest luxury sailing yacht. The Nemesis One will be the largest carbon fiber composite yacht built to date. A big challenge is the hull dimensions – LOA: 101m and beam of more than 39m – as the hull will need to be built as nomex honeycomb, carbon fiber monocoque construction. Depending on the final specifications, the Nemesis One will be in the range of $90 to 100 million. I’m sure we’ll break a lot of speed records.

Having seen a year-on-year increase of yachts visiting the ‘Island of Spice’, Grenada offers guests an authentic experience to enjoy.