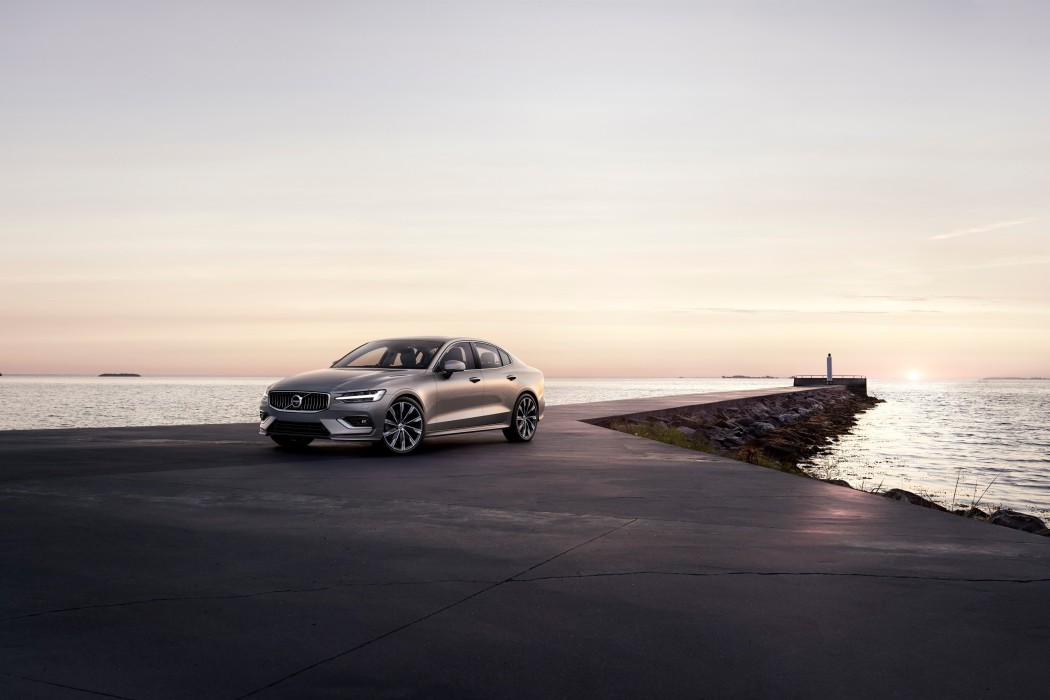 Deck the halls: it was 1978 and gravel-voiced, slide-guitar-wielder Chris Rea was driving home for Christmas. Except he wasn’t. Rea had lost his license for hitting the sauce in perfectly rock-star fashion. Having finished his recording contract, he couldn’t even get the label to stump up the train ticket home to Middlesbrough from London. He had £220 in his back-burner and, as things were tight, his wife Joan offered to make the long haul down to Abbey Road in her Austin Mini. As the snowstorm raged on and the traffic got worse, Rea kept seeing miserable drivers alongside the Mini. He leant over to his wife and sarcastically crooned “Driving home for Christmas”. They arrived home at 3am the next morning and, having scribbled the lyrics to the aforementioned hit by motorway street lamp, Rea popped the piece of paper into his unfinished tin.

It’s 2019: the end of the decade. And I, too, am driving home for Christmas. Except I’m not. I’m driving to the Netherlands to my partner’s home for Christmas. But that doesn’t have the same Rea ring to it. I spent most of December tying up loose ends and trying to avoid any sort of hellish retail environment. The light on the horizon was 2020, and a winter break that would draw a firm line in the sand of what has been an annus horribilis. Even the Queen acknowledged what a thoroughly fucking terrible year it’s been. ‘Bumpy’ puts it mildly ma’am, but I’m glad we’re both staring out of a large window, plotting the demise of so many this decade.

Rather than flying to Schiphol from whichever budget airline airport we would naturally default to, I wondered if driving would be the more serene bet. For many traversing Europe’s arteries with a UK number plate, given the current political climate, might sound like a bad game of geopolitical chess. For me, it’s a matter of what car you choose, rather than your political affiliation. On the road, you’re effectively nameless. You’re judged on your driving technique and badge alone. If your tint is dark enough and you avoid festooning your car with lights, signs or anything other than racing decals you personally won, you will be judged on your car and use of the road alone. It all sounds rather clinical. Well, yes – penicillin seems to work for everyone.

The first stint would take us east along the M4 and then North on the M25 with a quick stop to see grandmother for a fleeting cup of tea. Kids, go and see your ailing grandparents, they used to run the world and their advice, whilst a little Game of Thrones, is still very sage. It’s like having a wartime consigliere, who will kill anyone you point at and ask, “Do you need me to do it again?”.

I set off in Volvo’s S60 T5 FWD R-Design Plus on a wet Saturday night in December. I was bound for a chocolate-box town that had managed to maintain its architecture, cobbled streets and personality, all without erecting a 200-foot spruce in the town square. Modesty, of course, is the highest elegance. It’s also said to be arrogance by stealth, which I rather quite like.

Volvo’s S60 T5 250hp saloon uses the same Scalable Product Architecture as the XC90 and the V90 and has T5 petrol and T8 Twin Engine plug-in hybrid powertrain options. It also has a 405bhp version from Polestar –but this wasn’t that kind of trip. More power for me tends to mean my ‘modesty’ extends outward towards other drivers like a raging bull.

The first thing that struck me about the S60 is how impressive a figure it cuts. The svelte Swede is sporty, foreboding and, ultimately, very striking. It looks sleek in Bursting Blue too. How very European. The Swedish heritage is now only referenced via a wafer-thin flag that protrudes from the seat side. There will be no patriotism here. Too loud, too complicated, and frankly not needed by a saloon whose only job is to envelop you in a self-satisfying road-based bubble.

I would like, at this point, to tell tales of a well-honed exterior and interior design. Instead, I am still on the M25 bound for Harwich in the rain. Christmas brings out those of us who drive for transport, never break 70mph, and only use the second lane. They’re the sort of people whose public execution you would gleefully turn up to watch, and probably throw rotten veg at. But in the Volvo, with its driver-assist and near enough silent cabin, I could actually have forgotten about the lack of education on Britain’s roads. The function isn’t designed to steer for you, but it interacts with your driving to keep the car in an optimum position in the lane. And of course, at the correct speed. I cannot tell you how much this has impressed my cardiologist.

With my blood pressure below 120 over 80, and the S60 handling its fair share of the driving, I was left to admire the interior cabin. Overall, it’s as sleek and uncomplicated as one might expect. This isn’t mission control. There isn’t a cacophony of buttons and dials cluttering up the cabin. The portrait infotainment system takes care of most of the detail-oriented jobs, keeping the eyeline clear. In the minimalist stakes, the S60 is atop the podium. It’s used to it by now I would expect.

The seats, be it in city or crunching motorway miles, are some of the most comfortable in class. The multi adjusting driving position, rear seat space and practical 442-litre boot all add to the S60’s so-far-shining report card. Not to mention the folding, flat rear seats, which are a must for anyone who works for a living in any capacity. It should be the standard.

We drove onto the ferry at about 19:30 with zero fuss, no cavity searches or engine swabs. Perhaps it was on account of how sensible we looked in our Volvo. But I doubt it. That athletic front end, gaping air intakes and Thor’s hammer headlights leave Border Control in no doubt that you are trafficking organs alongside the kilo of Fortnum & Mason stilton. The S60 is handsome. Really handsome. Drop-your-pint handsome. We’re all after something different to the crop of Germanic saloons, and you cannot drive something with 500bhp every day without killing yourself or inviting the hate-filled members of Highways England into your life bearing a bicycle license.

Calm. Think of the cardiologist.

We left the S60 parked and headed to our cabin aboard Stena Line’s Harwich to the Hook of Holland ferry. This isn’t the first time I have taken a night ferry, but it was the first one I had taken from England. When you stack up the pros and cons, it’s pretty straightforward. Carry as much liquid as you can, take all the legroom you can reach for, perhaps queue to get onto the boat in your car, then never queue again. It goes down as the most tranquil trip I have ever taken to mainland Europe. I didn’t get into a heated argument with one airport or airline employee, and I didn’t have to endure the airport check-in and boarding process that’s become about as choreographed as a dog getting fucked on roller skates. I enjoy flying, but I don’t need it in my life for a close-quarters European hop. Yes, the Volvo was bringing my blood pressure down in leaps and bounds.

With a good night’s sleep and an early morning departure, we set off in the S60 headed for the Hague. I was expecting some form of blockade, locals with pitch forks and all manner of anti-British license-plate angst. The reality is that no one had much chance to complain as the S60 sauntered past. The S60 will get you to 60 in 6.3 seconds. That 250hp engine isn’t going to become the next cup car, but it will still provide you with those moments of joy as you unleash it. If you need that extra horsepower for the shopping run or to get to the airfield on time, the T8 has a 394hp engine. And did I mention several times how handsome it is? God it’s handsome. I think it could make the deaf hear, the blind see and the sceptics understand fact from fiction.

With no one around on a cold Sunday morning in the Hague, we parked the S60 and made our way through the tourist-free streets. I stopped for a moment to look back at the Volvo, with its striking coat of paint and menacing 19-inch five triple-spoke alloys and thought ‘it’s a wolf in wolfs clothing’. I decide to go full David Bailey a la iPhone, much to the groups’ chagrin. Avail yourself of the truth: the S60 makes you feel like you could climb Everest if it was the car in front laying down the rope. They’ve moved the front tyres further away from the windscreen which creates a long bonnet and gives the exterior profile a sort of muscularity and strength. It’s incredibly distinctive whilst being understated in a way that some cars in the same class just aren’t.

Ultimately, I can always base my final opinion of a marque on how much respect I have for it and how much respect it bestows upon me. The S60 left a weighty impression that’s still lingering. The interior and exterior are thoroughly well-thought out. It’s certainly aesthetically pleasing enough to fend off a bar fight from the 3-Series and C Class. It sits in the premium saloon space with its muscular haunches held high.

Stena Line offers twice-daily, seven hour return crossings between Harwich and the Hook of Holland. Return fares start from £148 for two adults and a car. Cabins start from £17.50 per person each way.
www.stenaline.co.uk/ferry-to-holland

Fresh from four days in Scotland driving the simply astonishing Ferrari F8 Spider, there are times in one’s life where you have to sit back, take some time, and genuinely let an experience wash over you. You need to take it in. Revel in it. The smells, the sights, the sheer visceral nature of it.