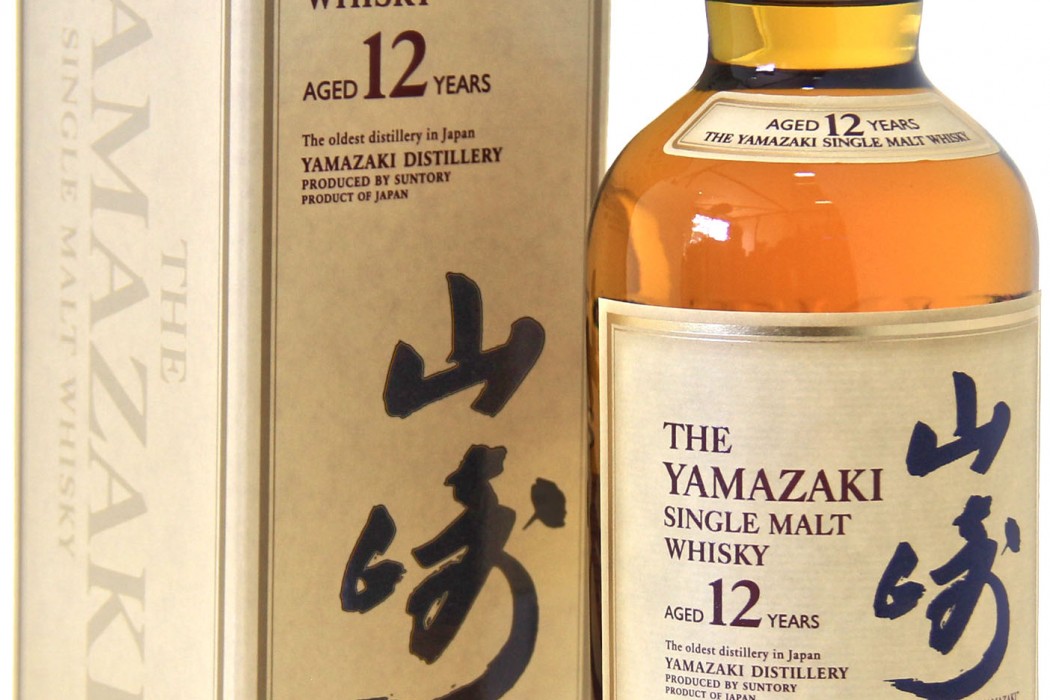 The history of whisky production in Japan is pretty short, and can be attributed to two men: Shinjiro Torii and Masataka Taketsuru. Torii was a pharmaceutical merchant who embarked on a mission to create Japan’s first whisky distillery, which was to become his life’s work. He hired Taketsuru in the 1920s. Taketsuru had studied organic chemistry in Glasgow, and learned the secrets of scotch production whilst working in a number of distilleries. He was instrumental in helping Torii set up the Yamazaki distillery for his company, which would later become Nikka, establishing the Yoichi distillery.

As you’d expect, the style of Japanese whisky follows that of the Scottish, as does the spelling. And the naming of the whiskies follows the distilleries.

The Yamazaki distillery is located at the base of Moutn Tennozan, at the convergance of three rivers.  The moist, humid climate causes frequent fogs and is well suited to the ageing of the whisky. The distillery also used mineral water from a natural spring, designated as one of the best in the country by japan’s Ministry of Environment. Traditional pot stills, heated by fire and steam, are used in the distillation.

This 12-year-old bottle is a leading Japanese Whisky with aromas of dried fruit and honey. It has a delicate, mellow taste with a lingering woody dry finish. Rival distilleries were left dumbstruck when Yamazaki was named ‘best whisky in the world’ by expert Jim Murray in November this year, awarding it 97.5 marks out of 100 and describing it as a drink of “near incredible genius”.

Don’t take our (or his) word for it. This is a bottle that you need to try for yourself – and it’s the perfect time of year to do so.

Filmgoers and Bill Murray fans will remember Hibiki from the film Lost in Translation, as the drink Murray’s character, Bob Harris, is shilling in a Japanese advert. Aside from whiskyphiles, this was the first proper introduction westerners had to the brand, which can now be found on pretty much every decent drinks menu in London.

Japanese blends differ from their Scottish counterparts, primarily because the Japs don’t have a stock-sharing cooperation between rival distilleries. To counteract this, Japanese distilleries create different styles of whiskies in-house; a result of production technique and yeast strain.

This 12-year-old is a fine example of the maker’s craft, with clean and sweet notes predominant before a modest spiciness – reminiscent of white pepper – permeates in the background. True to the ancient Japanese ethos, it’s a perfect lesson in harmony and balance.