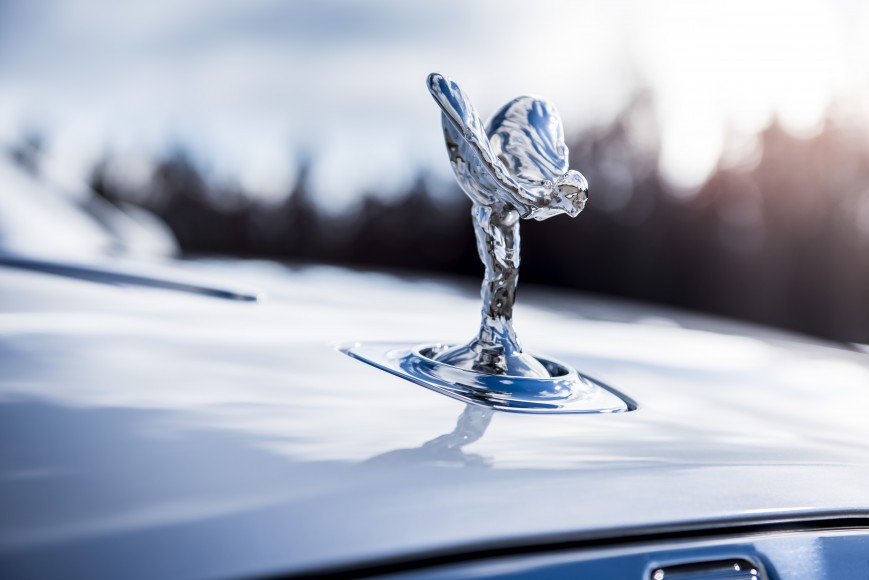 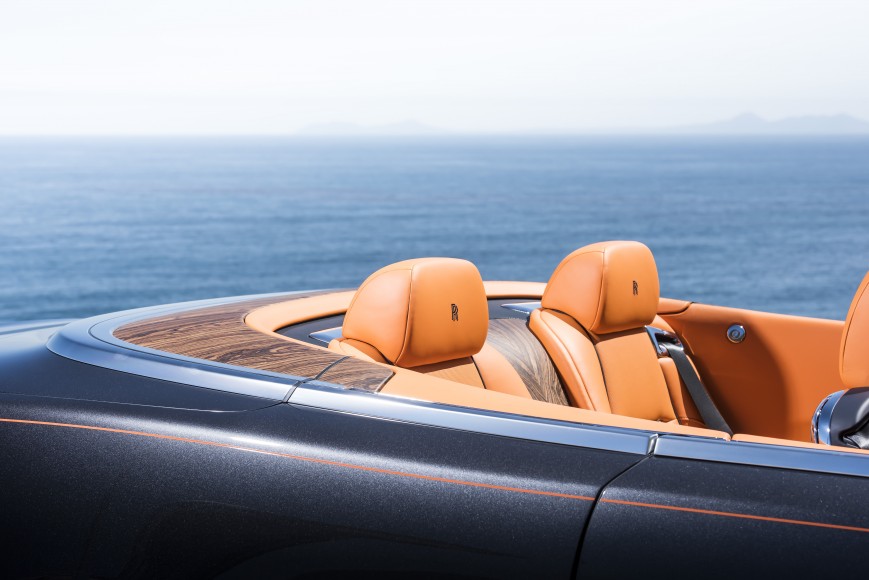 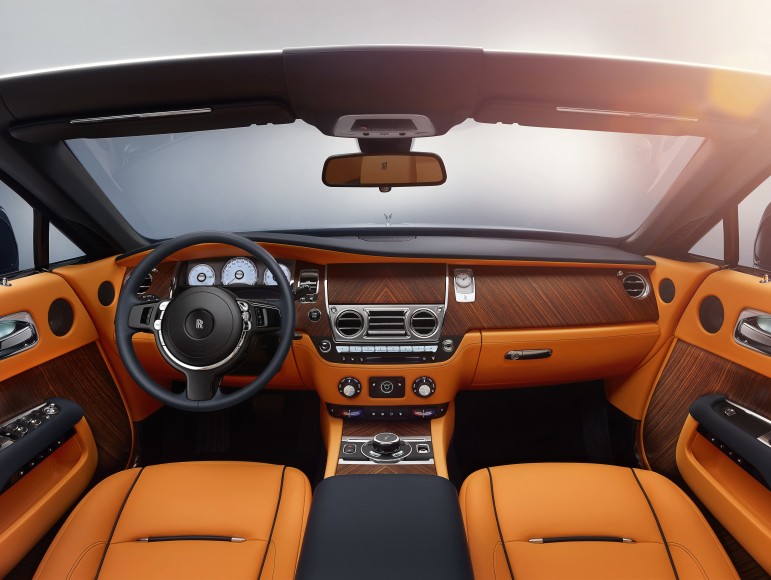 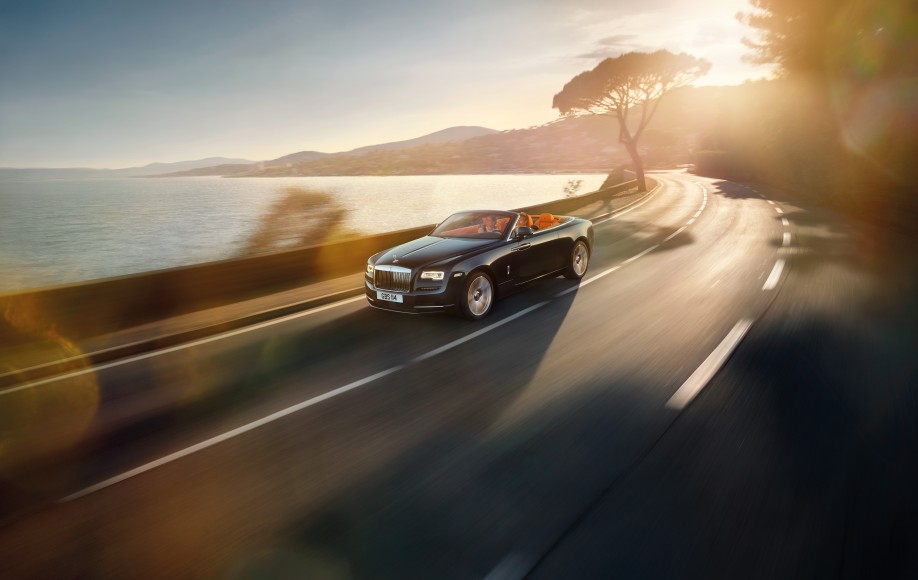 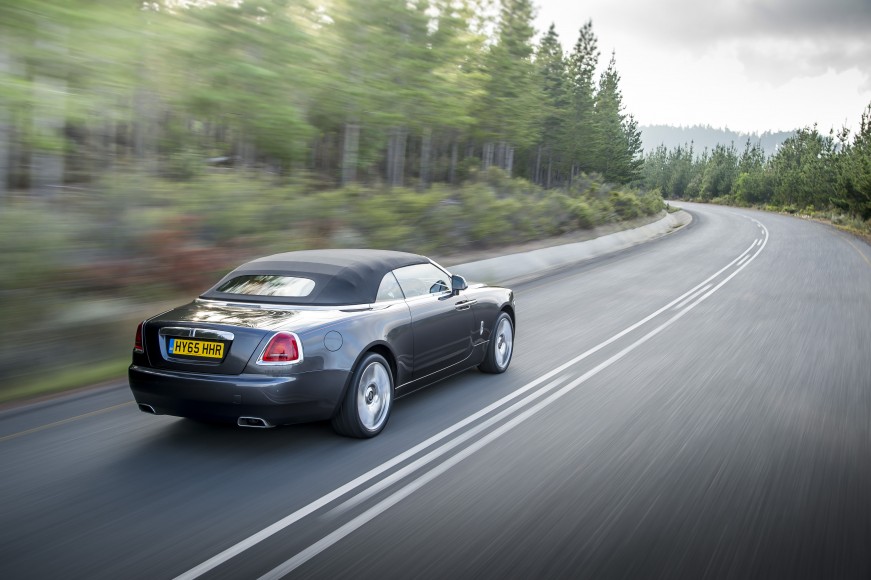 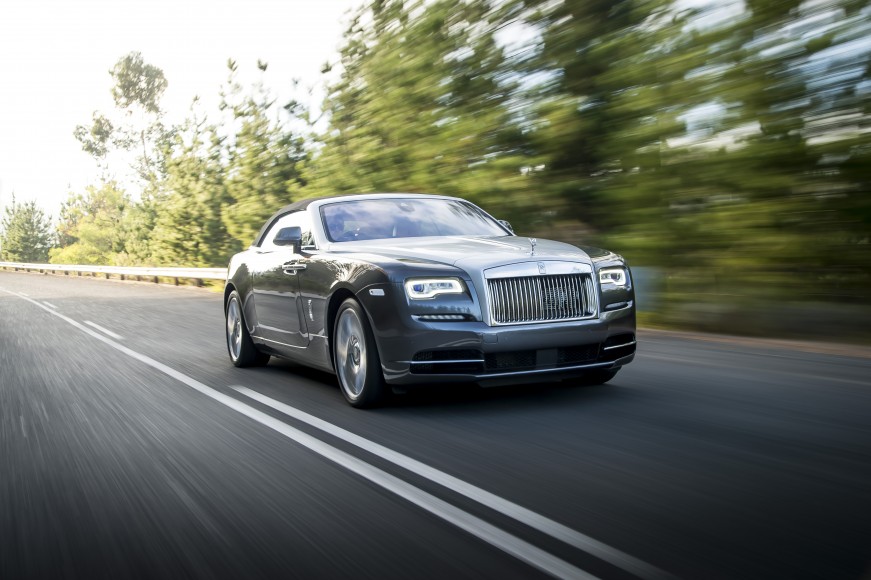 When I called Rolls-Royce to ask if I could borrow a Phantom Drop Head, I was a little despondent when informed, “I’m terribly sorry, sir, but we’re phasing them out”. In the most first-world way possible, I was sad about this. Although that was quickly swept away by the follow up of “…have you tried the Dawn?”

Thinking that, as a consolation, they were going to send me to lunch with the lady who cleans the offices, I enquired gingerly as to what he was talking about. Well, it transpires that the Dawn is just over seventeen-foot of wood, leather, aluminium and automotive pornography. Because (in England, at least) we all know that walking around wearing a sandwich board saying ‘I have more money than god’ could be considered a little gauche. Sp, Rolls-Royce have come to the rescue, which means you can now do that not only without the sandwich board, but whilst sitting down. Huzzah!

The real point of this car, though, is that instead of being flash and overt, they’ve managed to produce something effortlessly cool. It’s not the slightly shouty aging ruddy-faced Major with hairy ears and red trousers, or for that matter the fire-damaged scrotum that is Alan Sugar. It’s the sharp-suited chap who worked his way up to the top of the tree doing mostly legitimate business. I was lucky enough to have the Wraith last year and of all of the cars I’ve reviewed, the Rolls-Royce elicits the best reaction from people. I parked it in Tetbury and a chap came up to me and actually shook my hand. The Dawn, of course, is based on the Ghost platform and not the Wraith, but it cuts a handsome figure.

I had the car for a week and covered probably 500 or so miles. I usually find that whilst driving around analysing a car, you often get a false impression. Owning a car is very different to reviewing one, in the sense that if you live with something, you don’t often spend a great deal of time scrutinising it. You just go about your business, and the item in question does its thing. For this to work, you need a distraction or a destination to focus on.

In the middle of the week, I had to drive the car from my home near Tetbury to a meeting in Marlow. After said meeting, I dropped a colleague off in Oxford and had to drive to Barnsley (the one near Cirencester), as my other half was riding a horse that I needed to see. I was late leaving Oxford and had to be in Barnsley on time. I set the satnav to shortest route thinking that, with 565BHP, I could then make that the fastest. No. I was stuck in a long line of traffic just outside of a village called Swinford. Unbeknown to me, the traffic was a queue for a toll bridge, which was the only route through. I sat there growing ever impatient, when it dawned on me that I should find some money for the toll. Craning my next out with the top down, I could see the sign that told me the toll was 5p. Not a large sum in anyone’s book, let alone a man driving a new Rolls-Royce could afford. Well, I had no money, and I do mean no money. This would be embarrassing in the extreme. I ‘Rolled’ up to the toll and sheepishly said to the man in fingerless gloves “I’m sorry, I have no money”. He looked at the car and then looked at me and said “Clearly! Go on!”.

The delay had set me back, so I set the stereo to Duran Duran, left the top down and wound the old girl up on the A40 to a point where, if caught, capital punishment would be considered. The sun was setting, Simon LeBon was talking about his ordinary world and the Rolls was in full hyper-waft. I was on a timescale and that was that. As I arrived at the stables, the gravel softly crunching under the tyres, I switched the car off and slid out of the enormous suicide door. As I walked away I turned to look at the car sat there silently in the early dusk. The dust from the driveway was still hanging in the distance behind it. For a time, I forgot where I was, and it felt good! Rolls-Royce will sell you a motorcar if you want, but what you’re really paying for is the experience.  And crikey, what an experience.

To celebrate the Britishness of London Craft Week 2018, Laurent Ferrier has created the Galet Micro-Rotor “Montre Ecole” in British Racing Green. When he was a boy, Laurent Ferrier was impressed by race cars not only for their performance but also for their design. He had a poster in his bedroom featuring the Triumph Spitfire racing in Le Mans. Laurent recalls: “To me, it was the most beautiful car ever. I wanted to drive itso badly! I was also completely devoted to its shapes and of course the color was striking.” The idea of creating a Galet Micro-Rotor “Montre Ecole” British Racing Green became obvious to pay tribute to craftsmanship in the London Craft Week. The…