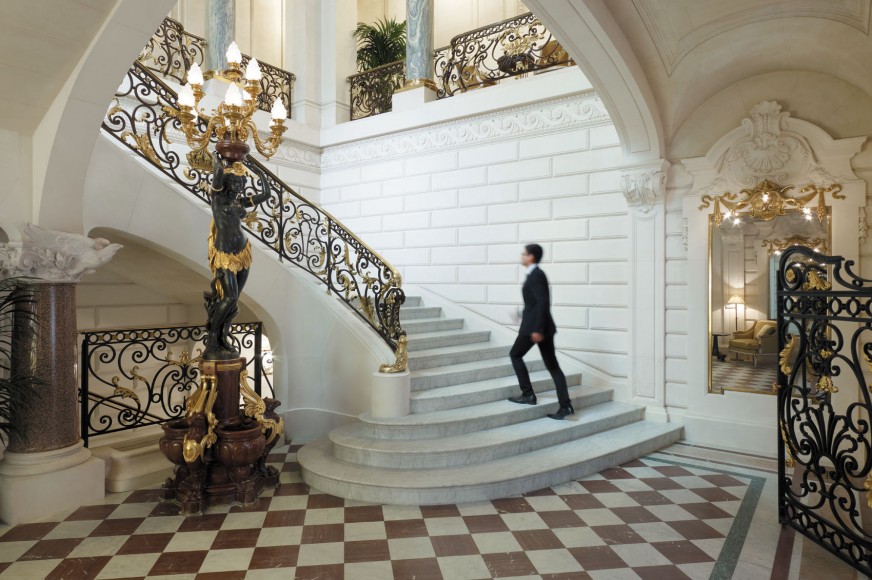 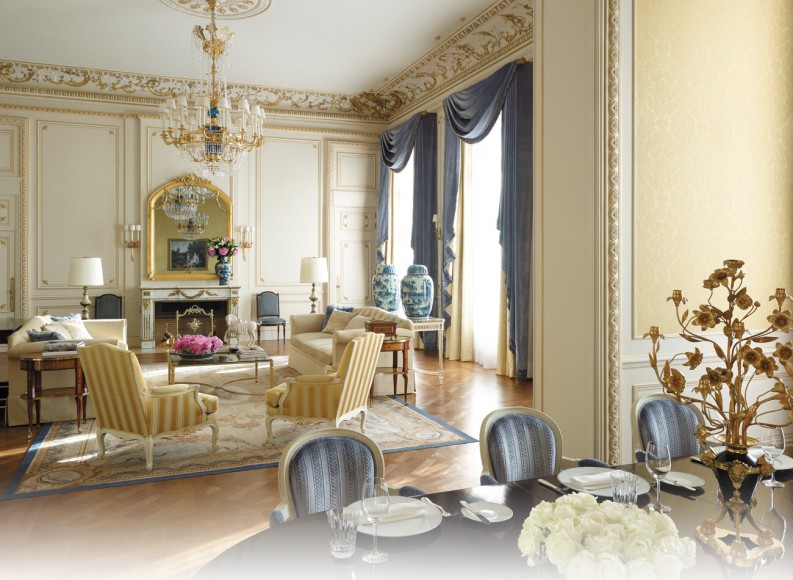 Having worked in marketing for many years, I take an interest in the branding of products and what the companies behind them choose as a name. It’s is often quite revealing, as to the intentions or perception that a company has for its product. You must also bear in mind that it sets a level of expectation for the consumer – so when a bold claim is made, they had better back it up.

One such claim is naming your hotel group Shangri-La.

Novelist John Hilton (no link) came up with the concept in his 1933 novel, Lost Horizon. It was described as a mythical place at the western-end of the Kunlun Mountains. This ethereal paradise is famous in popular culture and certainly sets the bar for the Shangri-La hotel in Paris.

After spending a long weekend with some friends at their beautiful chateau just outside of Epernay, I hopped into the new Aston Martin Vanquish and headed off on the short blast to Paris for the night. I always tend to build a picture in my head of how I remember places that I’ve been to, and they never seem to live up to it upon my physical return. Paris, however, is one of those places that persistently surpasses and delights my expectations. With that is the driving: fast, furious and very tight (particularly at the wheel of someone else’s £250,000 carbon-fibre, hand-built supercar).

Upon arrival at Shangri-La, you drive off the road into a small concourse in front of a truly stunning piece of architecture. It’s so unashamedly chic that you subconsciously feel yourself reaching for the Gauloises and ordering Pernod.

Tapping lightly up the steps to the entrance and swishing through a large glass door into an air-conditioned sanctuary is bliss to escape the 35-degree Parisian heat. The foyer is breath-taking, warm marble and high ceilings with fresh flowers and no sense of overcrowding. The perfect antidote to the rush hour in France’s heart. The staff are slick and helpful without being sycophantic. I am shown to my room, and the view that awaits me is quite something. I laze on the bed with my sights full of the Eiffel Tower. I am told reassuringly that “We are the closet hotel to the Eiffel Tower, sir, by almost ten meters”. Every bit counts.

The bathroom is bigger than most people’s living rooms, and the only thing that surprised me about the tub itself was the fact that it didn’t have lanes and its own lifeguard.

The hotel has a strong oriental flavour running throughout, which doesn’t clash with the French architecture (as you may think). Many of the guests are from China and the Far East, which bodes well for the table that I have booked in the hotel’s Michelin-starred restaurant that evening. Initially I felt hypocritical about coming to this city and eating Chinese, but then I realised that I was still harbouring the British preconception that Chinese food is a slightly lazy takeaway and never fine dining. I was very much looking forward to challenging this and learning more about what the East had to offer.

Post-brush-up, I headed down to the restaurant. I’m not afraid to admit that I have little notion surrounding the etiquette with Chinese food, so I was happy to follow the waiters lead when it came to the ins and outs of the various courses.

They blew away any preconceptions that I may have had: fresh food with stunning light flavours, which worked very well with the wines that the sommelier picked. If you find yourself in Paris, then I cannot recommend highly enough that you give Le Deus Magots a rest and visit this place. You will not be disappointed.

Tottering off to bed and feeling content, I slept like a baby (a baby full of wine and Michelin-starred food). The next morning, I was given a tour of the hotel by the delightful Clemence. They have a secondary, more traditional restaurant on site, which was closed for refurbishment during my stay, but is high on my list of return visits. I was shown the upstairs rooms that resemble a mini-Versailles, with their floor-to-ceiling mirrors, and was told that during Paris fashion week, many designer brands hire this space for their catwalk shows. The icing on the cake was the 20,000 euro per night suite which overlooks the Eiffel Tower. I enquired about how often it was occupied, and Clemence told me that it was taken 70% of the time, mostly to block bookings of 3-4 weeks. You do the maths.

The final flourish was their ‘slightly cheaper’ offering at 18,000 euro per night. This was the most fabulous suite I have ever seen, which encompasses one of the emperor Napoleon’s old rooms. Apparently Angelina Jolie likes to stay here after a hard day of highlighting the plight of the poor.

What can I say about Shangri-La Paris? Well, the clue, I think, is in the name. It’s traditional in the way that you feel at ease, but at the same time, it’s the right side of chic. Not pretentious, but fabulous. It doesn’t feel like some edgier Parisian hotels and that is certainly to its credit. At the end of the day, folks, it’s a five-star hotel in the most beautiful city in the world. What do you expect?

The Road to Villa d’Esté

I will always remember the first glimpse I had of Lake Como. I was coming from Milan and just remember seeing a glint of sunshine bounce off the Lake as I approached. I was fixated on this mammoth lake that consisted of some of the clearest water I had ever seen, cosseted in between the Italian hills.