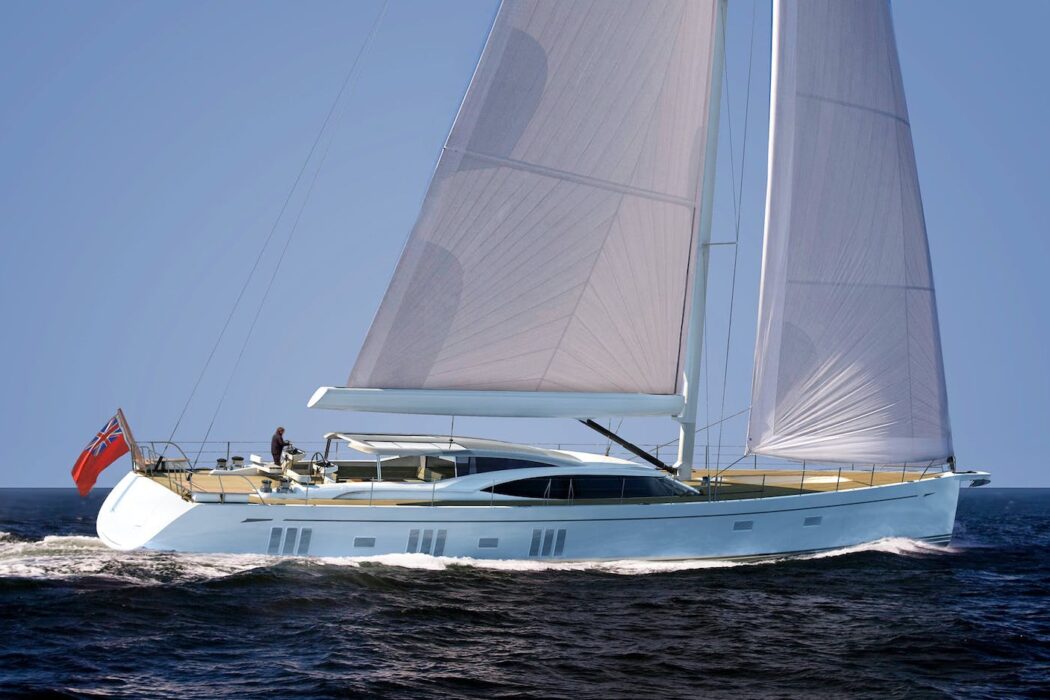 The year was 1988. Cast your mind back to a time when the Berlin Wall was still standing, the £1 note was legal tender, and Jaguar released the XJ220. I, however, was shirtless and running around on the shipwrecked prop boat used in John Badham’s Dracula, starring Frank Langella and Laurence Olivier. How’s that for an abstract starter for ten? Though we aren’t here to talk about the fictional Russian schooner Demeter, as detailed in Bram Stoker’s Dracula. No, it was at that very same beach I encountered my first Oyster Yacht at the precocious age of 5.

It was the late 80s and, as was commonplace, my mother had driven us in her Mini Cooper to the World of Music, Arts and Dance. WOMAD was a small music festival set up in 1982 by former Genesis frontman Peter Gabriel. This was before the days of corporate sponsorship and cell phones. A time when the only person who had ‘influence’ was Mikhail Gorbachev. This wasn’t your usual great unwashed gig either. It was on the site of Carlyon Bay, a Cornish Riviera Lido that housed restaurants, bars, a ballroom and, more importantly, an arcade, swimming pool and mini-golf. But its pièce de résistance was a 3,400-capacity venue called the Coliseum. It played host to Thin Lizzy, The Ramones, The Clash, The Jam, The Police, The Cure, Status Quo, The Who, Black Sabbath. Christ Glen Campbell even recorded a live album there in 81.

READ THE FEATURE HERE IN THE MAURO COLAGRECO EDITION

Whilst the revellers rested their Babycham-induced heads in their tents on Carlyon beach, I was swimming with friends – yes, at 5. My grandmother rather fittingly nicknamed me The Fish. About a hundred metres offshore, we spotted a sailing yacht and decided that would be our marker for a quick race. It might have been an Oyster 435 or perhaps an IOR One Tonner designed by Stephen Jones, the SJ41. All I know is that, as we swam closer, it loomed large in the water, its lofty mast towering over us.

It was a magnificent sight. The owners had moored up to watch (or at least listen) as Peter Gabriel took to the stage to belt out Sledgehammer, Big Time, and Don’t Give Up. Little did they know the 5-year-old splashing around in the water below them would be water skiing with him the next day, but that’s a different story altogether. It was perhaps my first experience of being up close to a proper bluewater sailing yacht – even though I never stepped aboard. And that’s the rub here, readers: I never have. I came close at the Spetses Classic Regatta and again at Les Voiles d’Antibes. I might have thought that, given my family base on the Isle of Wight, I could have secured a seat at the Royal Yacht Squadron line just off Cowes. Sadly, to this day, no such luck. 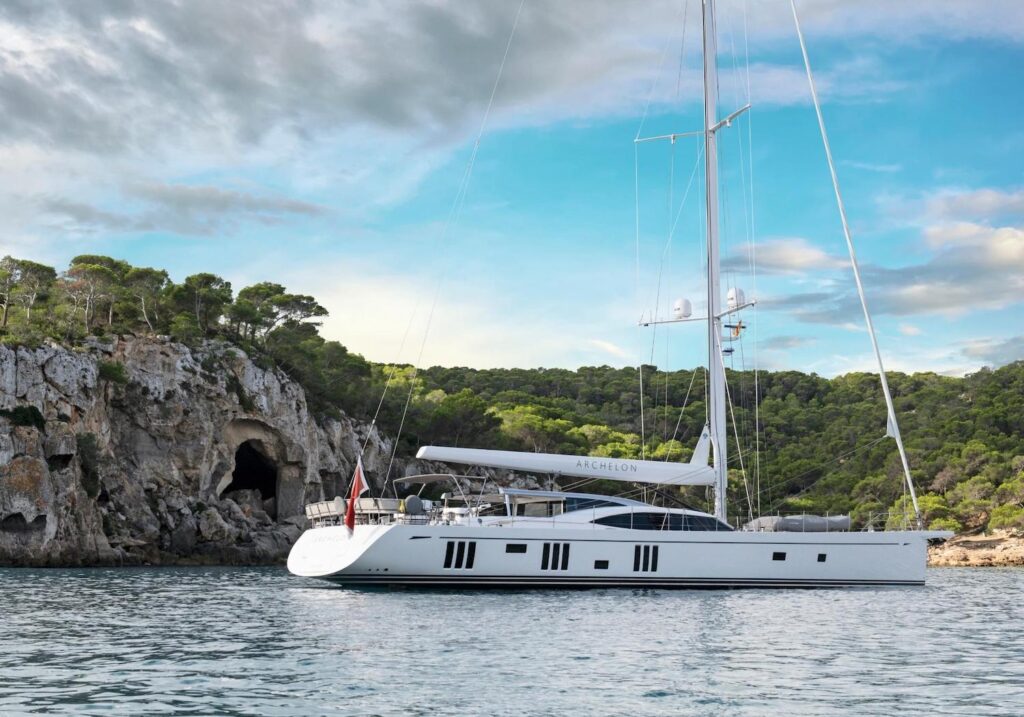 As such, I read on with intrigue in 2018, when the Dutch HTP investments announced they were no longer willing to consider Oyster an ongoing concern. 380 employees went overboard until software magnate Richard Hadida stepped in. Hadida started Evolution Gaming in 2006 and, as the company now enjoys a market cap of $31.16 billion, it was clear he could afford to take on the task of righting Oyster. And he would need it. In the coming weeks and months, he’d have to step back from the tech business to focus on the yard. 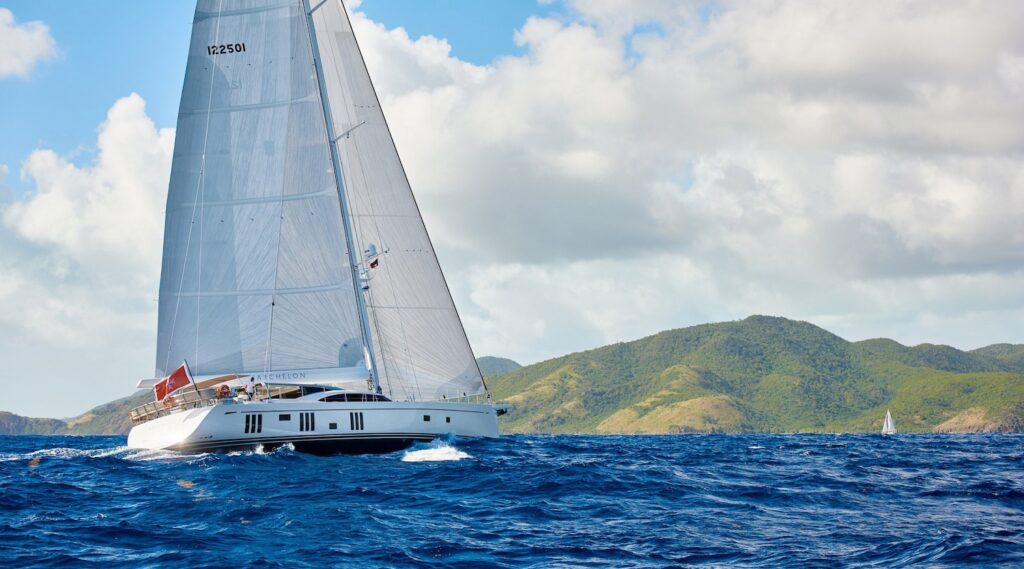 “I firmly believe that we must save this prestigious British yacht builder and continue to nurture and grow the Oyster Group for the long term. My investment in Oyster is not merely a hobby. Oyster needs to be a sustainable business. Hard, quick decisions need to be taken,” Hadida told yet another yachting publication, vying for what little is left of the market.

Hadida was not strapped to a gaff-rigged schooner from birth as you might expect though. He, like I, found sailing later in life. Despite being a late starter, when the opportunity arose to acquire the stricken Oyster Yachts, Hadida struck. But it’s been three years since the company was acquired. Looking at the 37.65m sloop Archelon, you might fail to notice. Launched in 2019 and boasting a master stateroom in the aft and 4 versatile twins, it’s clearly got the pace and space. 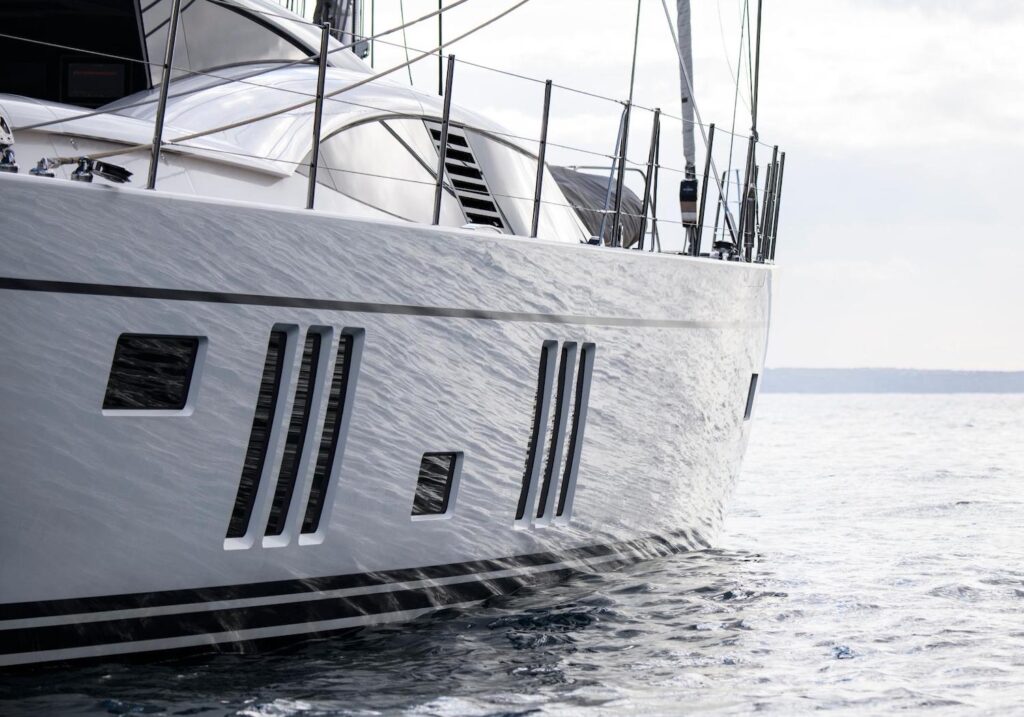 However, I shan’t deduce anymore in regards to the company’s ongoing stable of releases. Nor shall I speculate on the 27,000 nautical miles that will be covered in the 24-2025 Oyster rally from Palma to Antigua over 16 months. What I will do is bide my time from the house on the Isle of Wight, stare out of the telescope and await a 1225 in the distance. Until the phone rings, I shall leave you to admire the Oyster 1225, a very exquisite vessel indeed. At least by the looks of the photos.