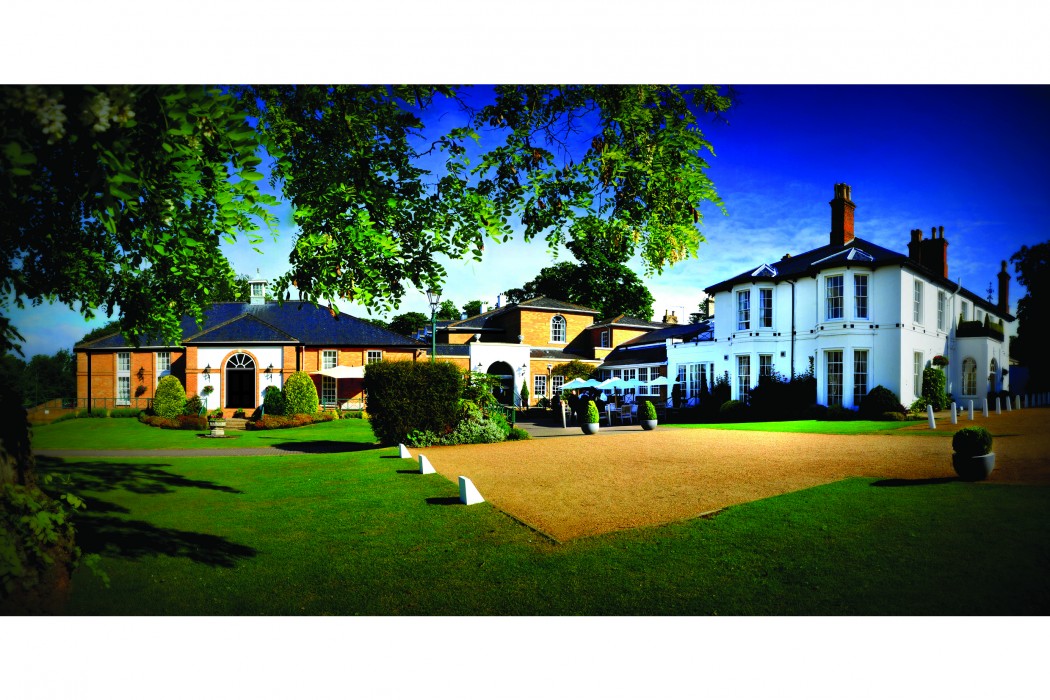 Riding the jam-packed Jubilee Line on a Monday morning with passengers grimacing at each other in silent solidarity, I decided I needed a break. Not just a break from work, but a break from the city.

A mid-morning trawl of the internet brought up the Bedford Lodge Spa and Hotel, an eighteenth-century hunting lodge that had been converted into a hotel in the 1940s. The Hotel is in Newmarket, about an hour and a half from London. Far enough away to feel like you’re out of the city, but not so far that you spend the majority of your weekend in a car.

Bedford Lodge is set in 3 acres of secluded rose gardens and has an adjoining spa 200 metres from the main building. The rooms are modern and well equipped with all the mod cons you’d expect from a four star: comfy bed, TV, kettle, mini-bar, power shower and much to my delight an anti-mist mirror in the bathroom.

The on-site restaurant, Squires is named after a previous owner of the lodge, who’s said to have been a ‘notorious gentleman, skilled rider and trainer’.  Unfortunately, on this occasion, the restaurant didn’t live up to the brilliance you’d expect from such a man. We ordered tempura and sesame prawns and pork belly and scallop to start but we were kept waiting for 30 minutes or so while diners who’d arrived later were served around us.  Maybe there was some sort of pre-ordering provision we weren’t aware of, but I doubt it. I went for venison for main which was well-presented and the spinach and artichoke accompaniments matched well.

The next morning I made my way over top the spa. Although the spa is a few strides away from the hotel, they do provide a chauffeured golf buggy for those less able or just too damn lazy to make the 30 second trek. The warm botanic aroma of the spa was a welcome contrast to the prickly cold outside. Friendly reception staff took my details and within seconds I was whisked away to change into my oversized robe. I had some time to kill before my aromatherapy massage, so I thought I’d check out the hydrotherapy pool. Boasting 5 different water experiences, the pool really is the piece de resistance the Bedford Lodge Spa. The hydro pool is a great way to relax the muscles before treatment and can relieve pain and pressure on weight bearing joints if used regularly.

My aromatherapy consultation was thorough and well informed. I decided, with the help of my therapist, to go with the ESPA energising body oil. As I was driving right after she thought it wise not to use anything too calmative.  The scent was strong and soothing with a graceful zesty undertone. Fully relaxed and sprawled out belly-down, I was ready for my massage. The masseuse’s technique was firm and purposeful, she seemed to know exactly where needed attention. Her persuasive fingers went to work on every knot. Honestly, my massage at the Bedford Lodge Spa was one of the best I’ve had. At times it was pretty painful, but even that was pleasurable. An hour later I felt like I’d been given a whole new body, more ready than ever to ride that 8am tube.

Phelan is The Review’s beauty editor. Aside from reviewing the hottest new beauty products and services, she also runs her own digital marketing agency, DigitalBinx. Phelan has previously worked at the Daily Mirror and Elle Magazine, and is a lover of red lipstick, vintage fashion and ‘oldies’ tag radio.

When I dwelled in the soot-covered streets of central London, I didn’t really have much need to pay dues to a members’ club. London is hectic, in a way that makes even the most confident and athletic appear grey and lifeless over time. But that wasn’t me, babe. I was living out of a certain hotel on Brook Street circa 2007 and all was gin-soaked and well with the world. Except, quietly, it wasn’t, was it. BNP Paribas was quietly blocking withdrawals from two of its hedge funds. The Dow Jones peaked at 14,164.53 and then started to decline faster than Gordon Gekko’s prison sentence. Shortly after the US bailed its players out to the tune of $800 billion (that we know of), the European ripple was in…