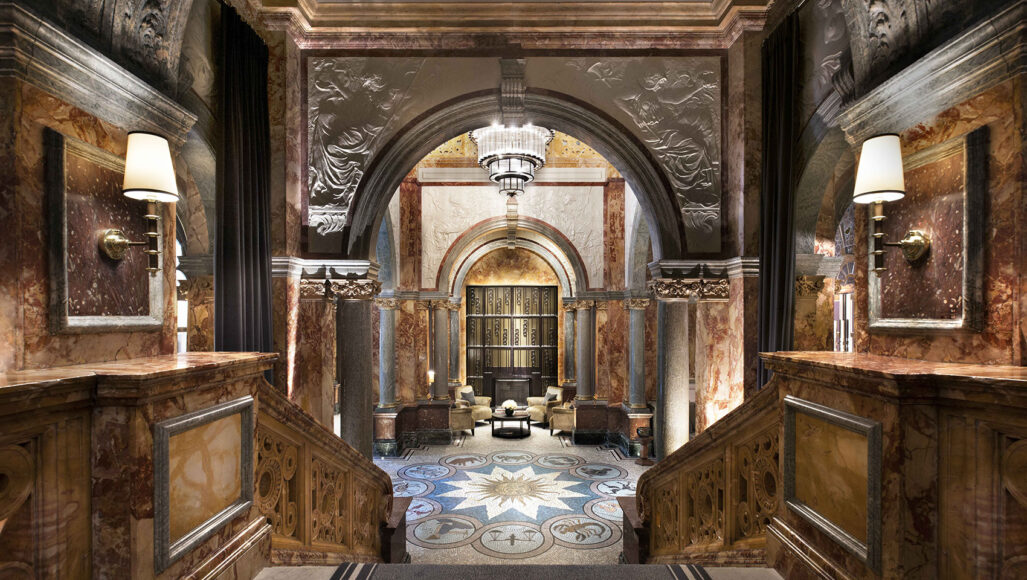 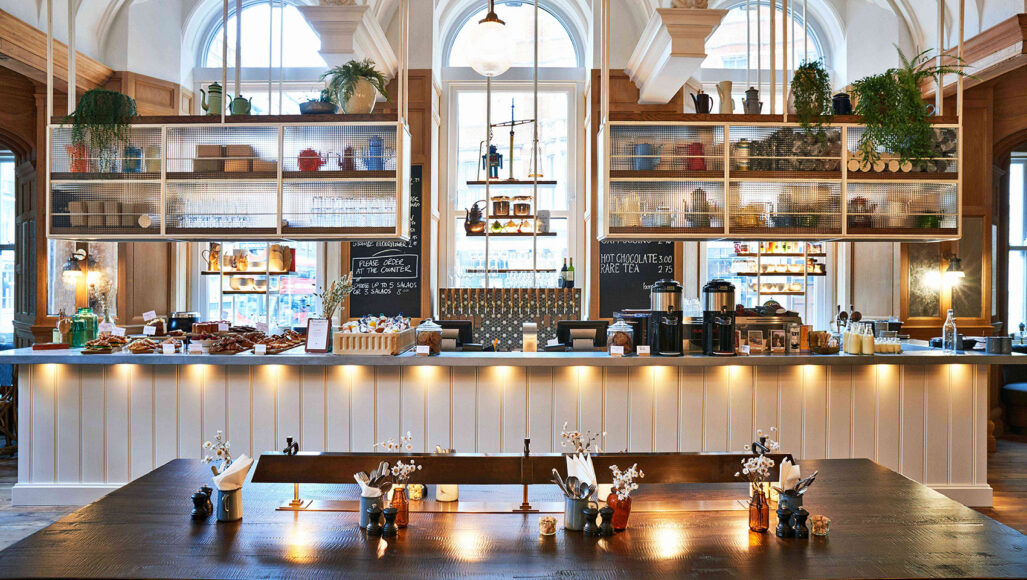 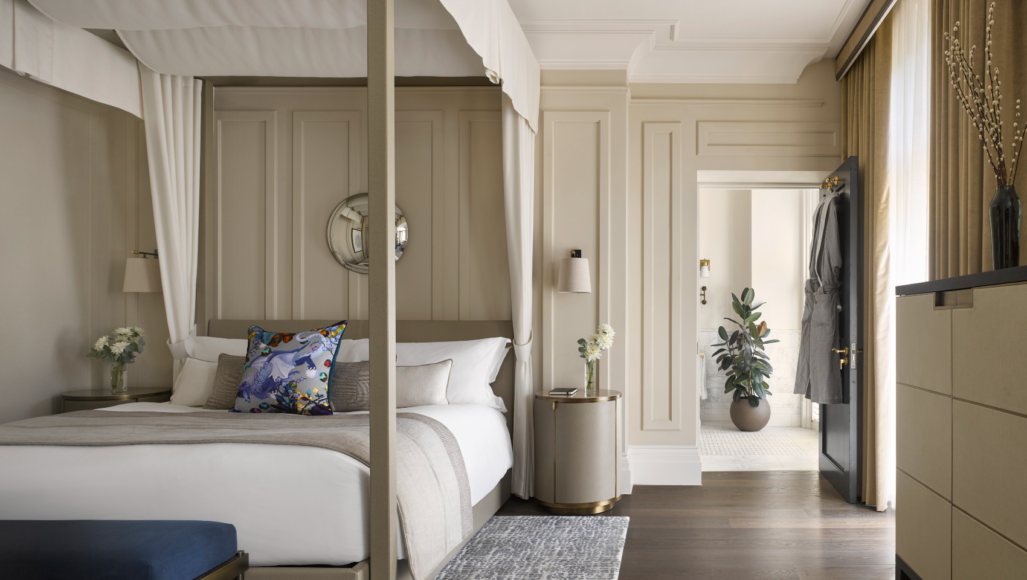 It’d been a while since I’d stayed in London. Even longer since I’d travelled anywhere without the family in tow. But this hotel visit was excuse enough to forget about responsibilities and pandemics, hop on a train and head to the Big Smoke for a day of overdue excess. Navigating the post-lockdown hoi polloi is a proper schlep. But thankfully, stepping into the Kimpton Fitzroy is like being welcomed back to 2019, a time before mass hysteria, masks and 2-metre rules.

And what a welcome. The Kimpton is a London hotel in the most traditional sense: a landmark building whose grand facade is punctuated by the statues of four British queens that guard its entrance. And if that isn’t enough to stimulate your haughty impulses, just wait until you get inside.

Originally designed in 1898, the history here is palpable. Indeed, most of the lobby’s original features have been painstakingly restored, with temple-like grandeur and decadence: a horizon of opulent marble walls, columns, arches and balustrades, intricate stone floor mosaics, dark wooden finishes, and pompous chandeliers.

It’s all utterly stunning and, without question, one of the country’s most impressive properties.

We’re ensconced in a Signature Suite, with its ample living space – sofas, coffee table, Nespresso machine, television, dining table – all neutrally toned and elegant, and far more understated than the rest of the hotel (which is no bad thing). The bedroom is resplendent, not necessarily in colour, but certainly in stateliness, with its four-poster, king-size bed, white colonial drapings, floor-to-ceiling windows, and the little touches that make you feel special for the night.

The bathroom is one of the classiest, most classical I’ve seen in some time: clean white tiling, his-and-whoever’s sinks, a standalone bath, and a walk-in rain shower – that may not sound much, but the feeling you get here simply isn’t tangible. It just exudes elegance.

Having intended to eat at Galvin Bar & Grill, we end up lunching at Burr & Co – the former being closed for a private shindig. The vibe is relaxed, though still busy, and it only gets busier over the 3 hours we spend there (always a good sign). Tucked away in a private alcove, we start with salt and pepper squid with lime aioli – perfectly tender and crisp. Beef croquette was good enough, served with a parsley salad and lovage mayo. Boringly, we both opted for the chicken milanese which, albeit a little thick, was enjoyable. A hint of diner’s regret crept in, though, for not ordering something slightly more exciting, like the bavette. But altogether, despite being the hotel’s second-string eatery, Burr & Co is a fine, languorous way to fritter away an afternoon.

We headed out for an early show (The Shark is Broken, a semi-biographical account of the making of Jaws – gripping stuff from a tight, one-set, three-man show) and dinner (at Helene Darroze at the Connaught, which was equally memorable). But there’s no feeling like stepping back out into the London night: the smoggy, ink-blot sky illuminated by the heaving metropolis below. Deciding where to end the evening is never the easiest of tasks, especially here, in the West End, where nothing is measured or moderate. But when you’re staying at the Kimpton – or even if you’re not – Fitz’s is an after-hours cocktail bar that takes pomp and swank to the next level: a glitzy drinking den that transports you back to a time of jazz, mirrorballs, and liquor-laden drinks that’ll knock your tits off. We prop up the bar for a few solid hours, journeying through the menu, and chewing the ear off the solicitous bar staff. It’s not often a bar is truly memorable, but once you’ve been, I guarantee it’ll become one of your go-to places.

But aside from the bars, the restaurants, the aesthetics and the amenities, a good night’s sleep is what this business is built on – and the Kimpton is no slouch in the bedroom either, even if you are sharing that ample king-size bed with a sibling. Even so, what a place to get your head down: pure grandeur and glamour – a property that won’t only appeal to your historical sentiments, but your bourgeois sensibilities.

It isn’t very often that a hotel launches in central London and makes such a Conrad Black-sized dent in the hotel hierarchy. 45 Park Lane opened its doors to the usual pomp and ceremony in September 2011. It collected its awards, welcomed its establishment and glitterati clients, and promptly sat down with a cocktail whilst its fans rallied around clapping and fawning uncontrollably. It is most definitely the heir apparent to the top of the London hotel scene. I have been a quiet fan of 45 Park Lane for sometime now. I have coveted her art deco lines and enviable location like a lion stalking a Cartier encrusted gazelle dragging…