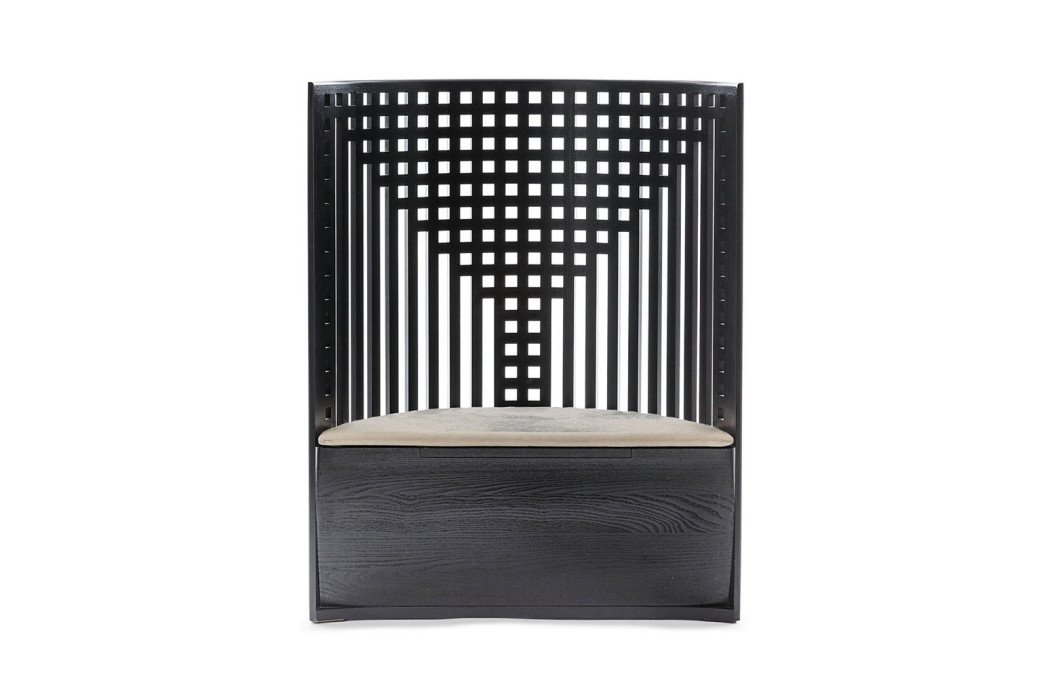 Charles Rennie Mackintosh has always intrigued me. Odd, given that while I appreciate the nuances of the Nouveau movement, I’ve never really been swayed by it – preferring instead, the boldness and opulence of Art Deco.

Perhaps it’s Mackintosh’s defiance in the face of adversity that I admire?

The son of a Glaswegian police superintendant, and one of a brood of eleven, he was fortunate to have the opportunity to nourish his creativity and pursue his passion in design and architecture during the late 1800s. Following his apprenticeship as an architectural draftsman at John Honeyman’s practice in Glasgow, he went on to win various scholarships and prizes. No doubt his biggest achievement was in the latter part of his career, when he was commissioned to design the magnificent Glasgow School of Art. Mackintosh eventually became a partner at what was to become Honeyman and Keppie in 1904. Although this partnership didn’t end so well, dissolving by 1913, due to his over-enthusiastic interest in hard Liquor.

In the early part of his career, Mackintosh, somewhat embittered by the lack of recognition at home in Scotland (and even less so in England) found the warm welcome his work received from the German avant garde, was the affirmation he needed. Leaders of the Vienna Secession such as Josef Hoffman and Joseph Maria Oldrich, were delighted with the clean simple lines of Mackintosh’s interiors, and the distinct styling of his furniture. Mackintosh and his wife Margret McDonald, also a noted talent, were invited to exhibit at the ‘Eight Secession Exhibition’ to great acclaim.

This is not to say he didn’t leave his mark on his hometown. As is often the case with great artists, he was never given much favour within his lifetime, but examples of his architecture and design are now revered. The recent, tragic destruction by fire of the library at Glasgow School of Art is a terrible loss to the record of his ability and achievements.

Gaining few commissions from private clients or for communal projects, Mackintosh lavished his talents on the highly fashionable tea salons that ware so popular at the time. Commissioned by longstanding patron Miss Kate Cranston, proprietor of a number of such establishments, Mackintosh set to work on the Willow Tea Rooms with gusto. And this is where we find Charles Rennie Mackintosh’s most iconic piece of furniture: The Willow Chair.

Designed specifically for the supervisor, the chair was positioned as a physical boundary between two decorative styles within the tea room. The supervisor must have had to take a stark upright position, given the design of the chairs vertical back – ergonomics yet to be invented!

Throne-like and with clear oriental influence, it was indeed a seat of power within the Willow Tea Rooms. Whilst passing orders from waitress to kitchen, the supervisor had a grand position to ensure that order reigned within the tea empire.  The subtle curve in the back of the chair, as opposed to the sharp linear geometry of the tree motif, gives shape to the piece. The ebonised latticed oak frame gives a clear view through the chair, yet it still holds great dominance and poise.

So, it may not have been the most comfortable of seats, but if form wins over function every time, aren’t we at a terrible loss?

I just love it. It’s no lounger to kickback with a book, or sit and ponder the world. It’s a statement piece, not a Sunday piece.  And truth be told, if that ‘price upon request’ tag ever becomes plausible, I’m sure I’ll be sat in a much more comfortable chair to admire its fine lines.

Overall, my deep appreciation of this chair is with the perfect lines maintained in the build quality. The fine cutting and shaping of the 144 blocks (yes, I counted them) which make up the horizontal line is fastidious work, to say the least.

This articulate demonstration of style and inclination towards presentation rather than practicality are a testament to his artistry. And for this I applaud him.

Clarke is an accomplished bespoke furniture designer and maker. At the helm of True Bespoke, Clarke is creative director and ensures that only the finest furnishings leave their workshop in Bristol. Having spent the last 20 years fitting out desirable residencies from the South of France to Moscow, Clarke has the right stuff.

It all started as I was entering 3:15am into my alarm. Strangely, I was not worrying about the time but whether I would be able to get any sleep at all. The anticipation of test driving the new Aston Martin V12 Roadster, and of all places, in Monaco, made sleep a bit of a non-starter. It reminded me of the feeling I used to get on Christmas Eve as a nipper. Having secured a few hours’ sleep, it was off to the airport. It felt odd flying solo for a change; usually I have the Rugby boys in tow. It made a difference to know that I could sleep on…