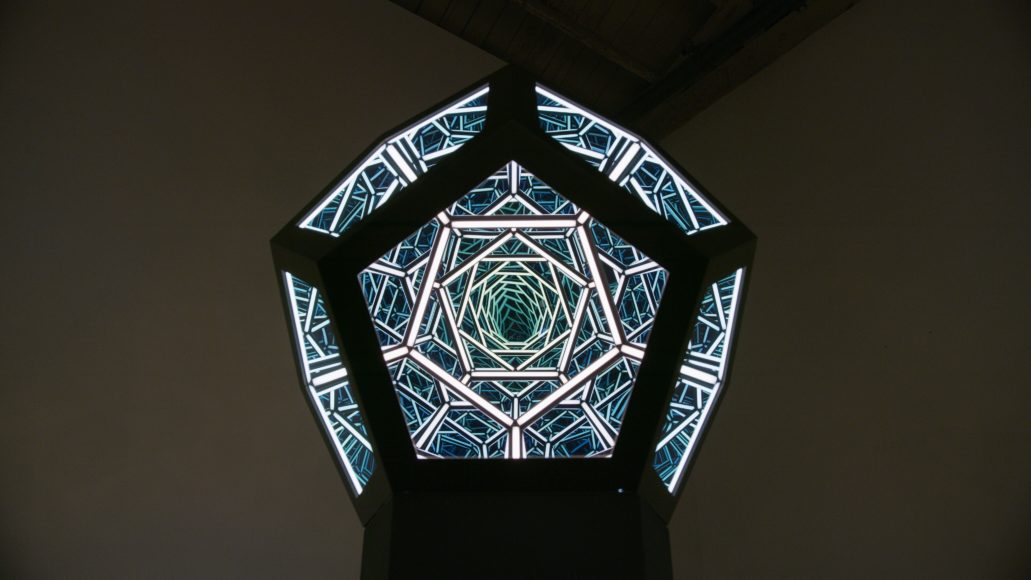 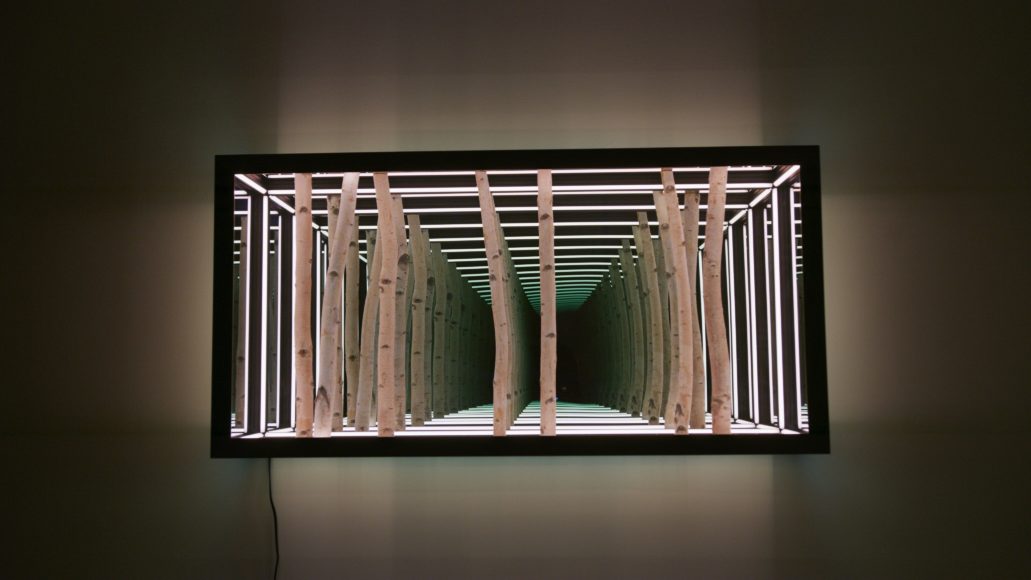 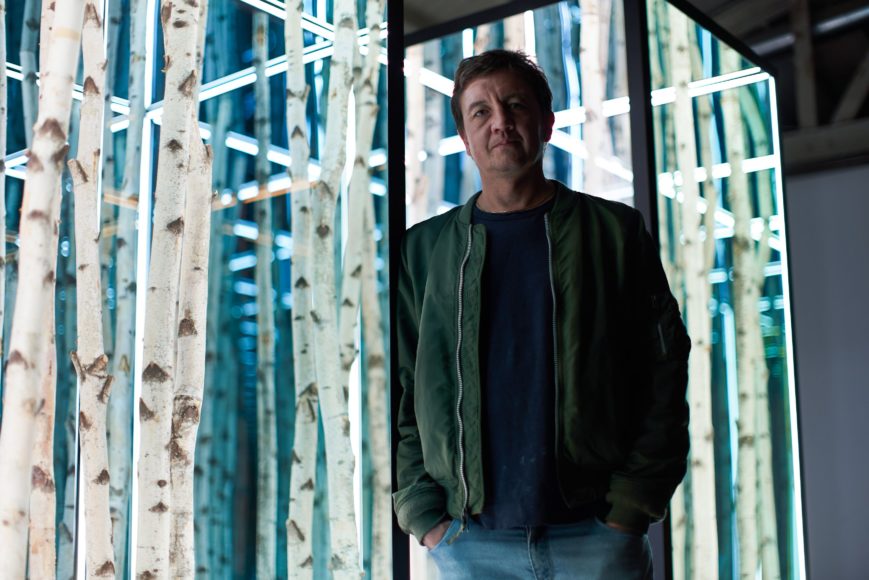 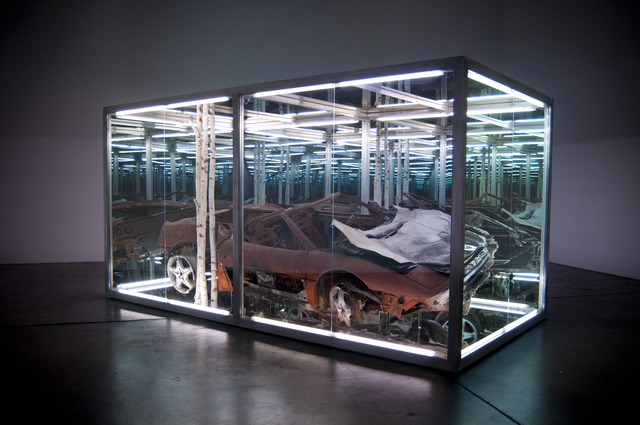 Anthony James first ever UK solo exhibition opens at Opera Gallery’s New Bond Street gallery on the 26th of March – 29th April. Currently based in LA, Anthony will be installing his visually stunning light installations in London on the 19th of March.

James’ maverick-like art practice stems from the exploration of the symbiotic relation between beauty, nature and destruction. In 2008 he set fire to a Ferrari in a birch forest before entombing the ravaged car. Titled Kalos Thanatos – translated Beautiful Death – the installation is a nod to Ancient Greek mythology where ‘thanatos’ was a personification of death. This macabre beauty lays in the core of James’ artistic practice. James made his stamp on the art world with his instantly recognisable LED glass vitrines that investigate the concept of the universal and transcendental. The internationally acclaimed British, LA-based artist first gained recognition when he debuted his Birch Series in New York City in 2005 and since then his work has been featured across the world at prestigious art fairs including Art Basel, The Armory Show and Art International Istanbul.

At his Opera Gallery solo show in February, Anthony James will create new LED vitrine works in atypical shapes including a bright nickel Octahedron, a solar black Dodecagon, a 2 ½ metre high Crystal, a Triacontahedron which will be displayed alongside his popular Icosahedrons and wall portals.

Opera Gallery London director Federica Beretta said: “We are thrilled to kick off 2020 with Opera Gallery’s first solo show for Anthony James and to showcase a brand new selection of works that have been specially created for this exhibition. Anthony James’ light sculptures are reminiscent of a moment in time and space, as if you’re looking at the sky through the artist’s telescope – an exploration you cannot resist.”

Anthony James’ sculptures are mesmerising and energetic, forcing you to move round them, exploring the cosmos that his artwork encapsulates, and to look deep inside the cases of harmony and symmetry. To the viewer looking into the works, the straight lines often become curved before disappearing into black holes. In a 21st Century gallery space, the glass, steel, and LED structures bring a rigid and gleaming tangibility to the abstraction of the numerical calculation of flawless coherence.

Bula. A word said so many times that it would lose all meaning by the end of the trip. You see, in Fiji, it’s more than just a word. It’s a sound, an exchange, a feeling that embodies positivity and means almost everything: hello, welcome, ‘sup, health, happiness, love, life, existence, sex, yes, thank you, and pretty much everything in between. Fijians like to philosophise about the subtle abstraction of the word, but there’s nothing subtle or abstract about Fiji or its people. They’re best amongst us: the pure of heart, the good Samaritans, the hopeless inertia of honesty and hard work, the transnational smile, the lazy breeze that cools…