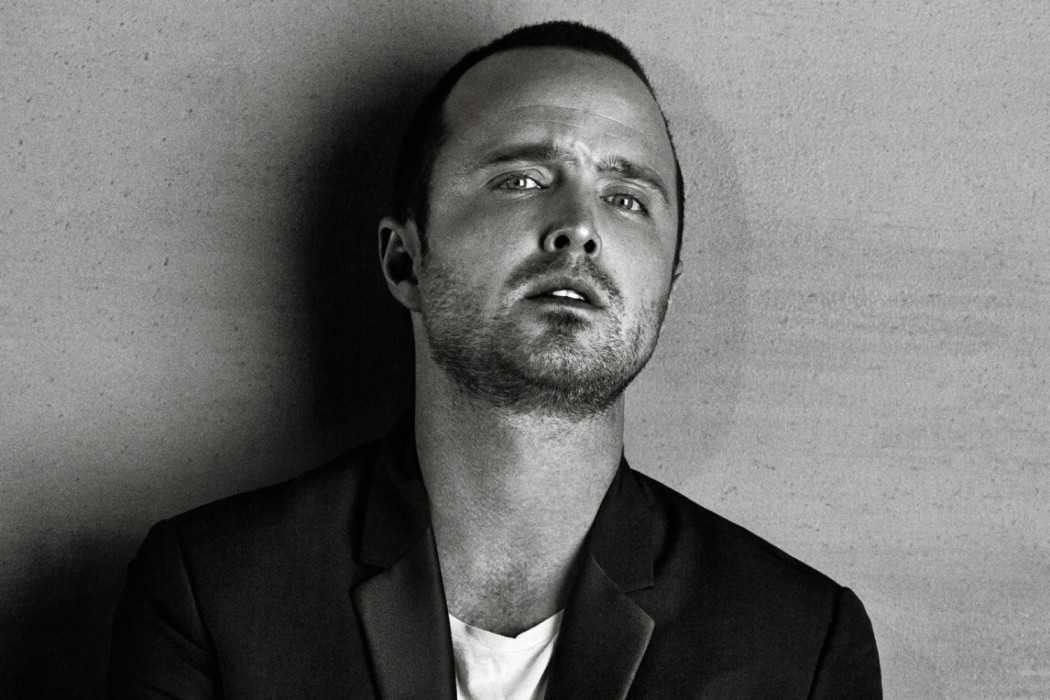 The greatest show of the last decade may be over, but Aaron Paul’s career is booming. With two new films hitting the big screen, our LA reporter Alexandra Wright sits down with Breaking Bad’s Jesse to discuss crystal meth, Hollywood and snowboarding.

2014 certainly seems to be the year for Aaron Paul. Is that how it feels?

“Yeah, I feel very blessed. ‘Breaking Bad’ was definitely good for everyone involved and has allowed all of us to spread our wings. It’s been great”.

Obviously Breaking Bad has had a huge impact on your career. Will you be sad to see it go? Do you think it was the right time to end the show?

Yeah, I think it was very smart that they ended it. I always thought, ‘Oh no, I don’t want this show to end’. You know I really could have been on that show for years but after I read where they were going with it and how they wanted to wrap it all up I’m very happy that they ended it where they did and yeah it was time to move on.

We must ask, in terms of crystal meth, are you a method actor?

“Honestly, no. I was around that quite a bit, not me personally, but I’ve watched it just destroy close friends in my life and it’s just such a terrible drug. So yeah, I never wanted to attempt any of that”.

You got married about a year ago, right?

“Yeah, it’s the greatest thing. I never imagined life could be so beautiful”.

Has life changed much since then?

“Just the fact that I’ve found someone that I could share my life with and, you know, everything changed after we got married. We knew we were going to get married. I told her I was going to marry her the first night we hung out. I did. A month later, we got matching tattoos on our ring fingers”.

‘A Long Way Down’ is about to be released in the UK. Was your wife on set much? Did Pierce Brosnan charm the pants off her?

“Have you talked to Pierce?”

“Isn’t he just… it’s unbelievable what a cool, charming man that he is”.

We think so too.

“I was talking to my mum on Face Time at the airport. We were shooting during one of the airport scenes and I’m talking to my mum on Face Time in between takes and Pierce comes in and he always says, ‘Hey it’s Uncle Piercey’ and he leans in and he’s like, ‘Who are you talking to?’ and he was like, ‘Oh is that your mum? Hey it’s Uncle Piercey’. And my mum was, she’s like, ‘No!’ and she hangs up on me because she was just, you know, she was in her pyjamas, hair’s pulled back, she’s not all dolled up in a ball gown, so she just hangs up because she couldn’t believe it. She’s said, ‘No he can’t see my like this’. Yeah, she was embarrassed. But she loves that story”.

What attracted you to play in the film?

“This project came to me just out of nowhere. I had never read the book. I am a huge fan of Nick Hornby and he creates characters that you just instantly relate to. Even with this, I never thought about suicide but I could just relate to these people. So, I read the script and I fell in love with these four people from such different worlds, who come together and, in a way, save each other’s lives. That’s what I loved about it”.

You were drawn to the message then?

“The core of it is really about friendship and how important friendship is. It’s just so sad because these four characters are just at the end of the rope. They’re standing on the ledge ready to give it all up and they found each other – and found hope”.

We saw the film and loved it. The line “It’s not the pain that kills me, it’s too much hope that kills me”. Do you identify with that?

Me, personally, no. But I could understand what the character was saying. And that’s such a tragic line because the idea of hope that just never comes is just, yeah – it’s very sad”.

You recently finished the film ‘Need for Speed’ too. How was that?

“I started ‘Need for Speed’ the day after I wrapped ‘Breaking Bad’. I left that night and started the next morning.

That sounds gruelling. No time to rest then?

“Yeah, which was good, because there was no mourning period, I had to just jump right into another role. But yeah, that film also kind of came out of nowhere. You know, at first glance, I was like, ‘Oh ‘Need for Speed’, I don’t know, another videogame adaptation, I’m not really sure about this’. But the thing about ‘Need for Speed’ is that, in the actual game, there’s no narrative, so they just have to use fast cars and kind of put the audience in the driver’s seat. They were able to create a really great story that was definitely very character driven, story driven. I read the script and I thought it was great, a lot of fun”.

Are you a car fan yourself?

“I was a driver before and I was a big fan of cars. I have an old classic car myself, so yeah, I was really excited about taking that on. Also, the director didn’t want to use any CGI. He wanted to do all these stunts practically, which is so rare. We’re so used to watching films that are all CGI, and you just know you’re being lied to. You know it’s all make-believe. But with this, you know that all the stunts are actually happening”.

Is there anyone in the industry you are particularly close to and admire?

“Probably Bryan Cranston from ‘Breaking Bad’. He’s one of my best friends on the planet and I would not be the actor I am today without him. Going to work with him every day on ‘Breaking Bad’ was just like going to an actor’s workshop. I just learned so much from him. I think I probably admire him most”.

Any particular advice he gave that you can share?

“He said for longevity in this business just be extremely picky. You’re at a point after ‘Breaking Bad’ where you don’t have to just take a job to be able to pay bills and try and do roles that are opposite of what people are used to.

I’m such a huge fan of ‘Breaking Bad’ and if I wasn’t part of it, I would just only see those people as those characters. But yeah, you’ve just got to try and mix it up and show the audience something different”.

On that note, have you rejected many scripts recently?

Yeah, we’re all very blessed people that have been a part of ‘Breaking Bad’. I think everyone’s experiencing the same thing.

Is there any ever worry that you’ll turn down a script, only for it to be a huge success?

“You’ve just got to live with your choice. If you personally don’t believe in the project or believe in the character, if you don’t want to take that character on, that’s what you believe in. So if it becomes a huge hit, then great for them. You just got to trust your gut”.

What do you usually do between film and TV projects?

“The last two years has been nothing but back-to-back projects. I jumped on ‘Need for Speed’ not only because it was a fun project but it was more like a business move. I always tend to gravitate towards the independent side of things, just because that’s where I think the true story telling is being told. But ‘Need for Speed’, with that said, was such a fun movie and a great story, but it was studio film. So doing films like that allowed me to do films like ‘Hellion’, this film I produced that went to Sundance, or films like ‘A Long Way Down’.

And how about away from the set?

“My wife and I love to travel. I would love to get on the mountain, snowboard, she’s incredible, so much better than me. I think I’m pretty good, but she likes to do all the tricks and stuff. I just like to go fast on the mountain”.

Do you get recognised on holiday? How do you deal with it?

“I try to take it with stride. Without fans, this business wouldn’t exist and sometimes it gets a little suffocating, but yeah, I always try and give time to the fans and give back whenever I can”.

So, what next for Aaron Paul?

“I’m doing a couple of films right after this whole press tour. I’m doing a show for Netflix. It’s a cartoon that I’m executive producing and also a voice. We pitched it to Netflix and they decided to pick us up, which is so crazy, but it’s a cartoon called ‘BoJack Horseman’, and it’s about a horse who used to be on a show called ‘Horsing Around’ and now he’s addicted to horse tranquilisers and he’s an alcoholic and he’s trying to get his career back on track, but he has zero morals whatsoever. It’s wrong on every level possible, but it’s hilarious and I play his human house guest, Todd, who just never leaves. It’s so fun”.

Yeah, that does sound pretty bizarre and funny.

“Yeah, you’ll love it, you really will”.

will be the first to admit that we are spoilt for choice in Europe when it comes to finding tall mountains to assert dominance from. The Matterhorn, Eiger, Montblanc and Dolomites are all majestic mountain ranges conjuring up images of bearded climbers ascending to untouched peaks with leather bound crampons and supplies of Kendal mint cake.