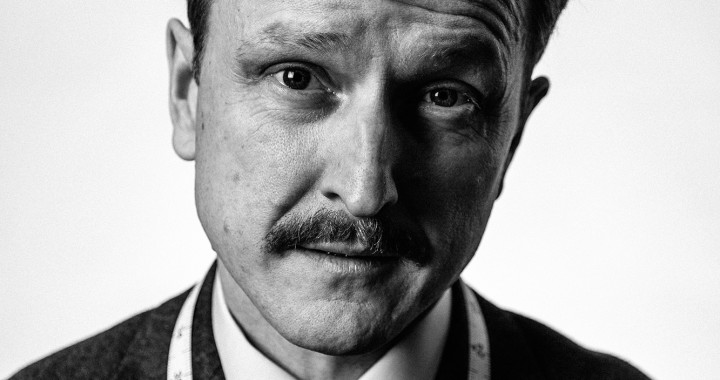 While I may not be a car fanatic, there’s certainly a car of choice: the Porsche 356 (C or A), of which there is a gleaming example spitting distance from the Brown in Town shop in the Bonhams marquee at this year’s Goodwood Revival – a car I wholeheartedly intend procuring when the time is right. But that time is not now.

For the uninitiated, the Goodwood Revival is a nostalgic celebration of all things pre-1966, when the circuit was reopened, following its closure in the wake of Stirling Moss’s near-fatal crash in 1962.

Of course, given that we have recently become parents of our second child, I fully appreciate that the time is now to invest in a ‘family car’. It is with some embarrassment that I confess to searching for our new stead using the following criteria – and in this order.

Boot capacity: it’s a sign of the times when this takes precedent over engine capacity. Colour: about which there was quite some debate with Saffron Darby regarding which colours we both considered to be acceptable, tasteful and befitting. It transpired there was only one: black. And finally, enough pulling-power to take all of the Darby-Minns clan to and from London every month for our residency at the Hoxton Hotel, without wanting for more on the straights, around corners, or the on/off ramps! Not to mention good looks, naturally.

And you’d be forgiven for thinking that, having driven from Bristol to Chichester with the family Darby-Minns in tow, driving another mile following the set-up of one’s shop at the Goodwood Revival, would be the last thing on one’s mind. That is unless you are driving to Lewes with the promise of one’s favourite tipple (Harvey’s Best Bitter), and the opportunity to spin some vinyl at the local with your muckers, who all moved to East Sussex when I moved to Somerset(!?).

But the opportunity to drive cross-country, along the winding country lanes of the A272, in your new family car – an Octavia VRS estate, which pulls in all six gears and corners like she’s on rails – is not a hard sell.

Indeed, there’s nothing quite like taking in the sights and sounds of some of the most picturesque countryside that Blighty has to offer – and at a time of the day when there are few road users to share the journey with, when the sun is low in the sky, and there is nothing but you and the open road. Heaven.

Aside, that is, from arriving back at the Goodwood circuit the following morning, when mist is rising from the ground, and the inimitable smell of Castrol R hangs in the air as some of  world’s finest motor-racing engines give one of England’s oldest circuits a run for its money. In fact, I would go so far as to say that nostalgia (for me anyway) is the smell of Castrol R. Nothing quite conjures childhood images than watching Formula One at Brands Hatch with my father and brother in the late 70s.

Understandably, sitting in the queue to the circuit on the Friday morning, bumper to bumper with the great and the good of British and American classic cars, I felt a little out of place in my gleaming new automobile. Nothing quite beats the sound, the smell and the beauty of a classic car, and where better than to see the best the world has to offer than at the Bonham’s Goodwood Revival Sale.

But it was only in one’s wheels that I felt a little out of place – not in one’s attire: Bristol’s Local Tailor may not wear (or indeed drive) vintage, but he certainly dresses vintage.

Friday: double-breasted pinstripe suit cut from Harrisons of Edinburgh, and it doesn’t get any more vintage than that (the mill was founded in 1863 by Sir George Harrison).

Take the Bonhams auctioneers, for example, whose double breasted suits were tailored by Brown in Town, and cut from a British worsted grey chalk stripe from Pederson & Becker, replete with pleated trousers and turn-ups, which paid homage to the style of the day, and looked as vintage as the cars in their auction, but which would also cut a dash on Old Bond St. home of Bonhams HQ.

And how befitting to have these suits cut from cloth which has stood the test of time. Cloth which would certainly have been used in the making of some of the clothes which we have trawled vintage outlets and thrift stores up and down the country for during this vintage renaissance.

Although the theme of Goodwood is one of vintage appeal, I would proffer that it’s not necessary to raid the wardrobes of your forebears in order to look the part. Though many do – and why not. However, I would suggest that it is entirely possible to create your chosen look by having something personally tailored for you. Radical, I know, but a small investment if you are to attend such an event, as so many do, each and every year. Moreover, if you will make use of it year round, as some of Bonham’s guests from the Netherlands do, who are some of the best dressed I have ever come across, and who apparently have never given up the use of their own tailors.

Hitherto, I would suggest that it’s simply a case of reflecting on one’s sartorial period of choice, giving some thought to the colours which you believe to be most appealing, and finding a tailor who is inspired by our sartorial past, but is not afraid make a suit which is as current as it is vintage in its inspiration. But above all, a suit that makes you look your very best, in order to impress. You rang?!

The first chairlift in Europe was built in 1940 in Czechoslovakia, in the Moravian Silesian Beskides mountain range. Before the invention of the modern chairlift, we had the J-bar or cable car. Arguably the main mode of transport up the pistes of Europe was still rope, with mountaineering still favoured by many. With each giant leap forward in mountain technology, small alpine towns were constantly having to cater to larger and larger international footfall. This rapid clash of tradition and modernity often left centuries-old mountain villages looking more like McMountain retreats than classic Montblanc. So, it is deeply refreshing when you arrive in a ‘ski resort’ to find it hasn’t…