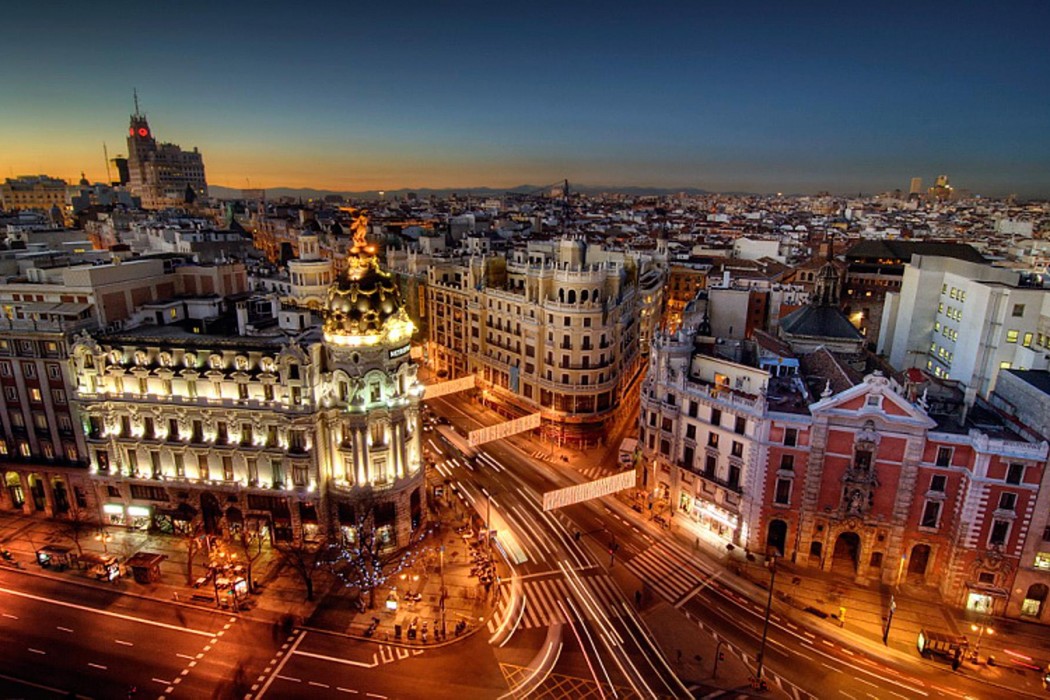 I’d been to the Spanish capital before. It was the summer I graduated, I was twenty-one and me and my group of gal pals tagged it on the end of a honey rum-swigging, cheap, paella-munching trip to music festival Benicassim. Madrid was essentially the last stop on a ten-day blow out before we all went back to our parents’ houses with decent degrees but without jobs. Naturally, the city didn’t hold the most brilliant of memories for me. Amy McNichol tells you where to spend your euros in the Spanish capital

Six years on and with meaningful employment, I was back. My word, how differently I felt this time around.

Myself and The Boy had booked into Hotel Prado, part of the Ibis Styles group. This turned out to be a masterstroke as the location was smack bang in the middle of the must-see stuff (the Prado Museum for the arty-farty folk) and within rolling-home distance of La Latina (for the foodies and winos). The hotel itself is officially a three-star place but was spacious, spotlessly clean and had a shower more powerful than a Ronaldo free kick. Quirky murals of wine and grapes grace both the private and communal areas. For anyone who wants to make the most of Madrid’s magic, as in, spend eight hours a day tops in their place of rest, this place is the perfect pick.

Eager to get stuck in to the Spanish cuisine, I booked on to a tapas and wine tasting tour for the first evening. In hindsight, this was a really good move too. Not only did we come away with stomachs fit to pop and blurred vision, Jaime Baeza, co-founder of Gourmet Madrid had given us a local’s insight into how to dine like a true Madrilenian. By the end of the night and thanks to his expert foodie knowledge, we had our breakfasts, lunches and dinners planned out for the remainder of our stay. We’d tried and tested five or six bars on the tour itself, but Jaime had suggested a boatload of other places to try too.

The tour visits five or six bars but begins in the Literacy Quarter where the bars are all old school. First on our hit list is Venencia, a 90-year-old establishment. Behind the bar are rows and rows of bottles, many of which look as if they’ve been here since time began. It’s quiet, but that’s not to say it’s not full of people. We are served two of the five or six types of sherry they sell and sip it. Jaime asks us to guess what the cured meat is served alongside it. The first is some rather agreeable tuna, the second a less-pleasant caviar, which similar to being smashed into a wave and accidently swallowing a gobful of concentrated salt water. Never fear, things get better.

Sticking with the ocean theme, the next bar, El Lacon, dishes up a plate of shark, marinated in salt, pepper and paprika. Before the group even know what it is we’re all declaring that it scores high on the yummilicious scale and then feel a little ashamed when Jaime reveals its origin. By this time we had maps of the Spanish wine regions in our mitts and we are given a dry white from the Cava area to sup up with the shark.

Another highlight is La Casa Del Abuelo, two tiny places specialising in gambas (prawns). The scent of garlic pretty much connects these properties at either side of the road while meandering in and out of punters’ delighted nostrils. These prawns are up there on the list of the fleshiest and most tender seafood I’ve tasted. They arrive in a shallow terracotta pot, still sizzling in oil, and honestly, there’s so much garlic in there BURNS – and we lap it up! These guys have vermouth on tap and serve it over ice, in receptacles that resemble tall shot glasses. Vermouth, sweet white wine infused with herbs and spices, is popular in Madrid and popular with our taste buds.

By the time we reach Fonda La Lechuga, the last place on Gourmet Madrid’s hit-list, the group’s collective belly is so full of tapas we are dangerously close to bursting point. We are also pretty sozzled by now, but what luck! This place boasts a cavernous wine cellar and, well, it’d be rude not to, right? I ask Jaime how the bars decide which tapas to serve the punters – do they see which tipple you go for and match something to it? Apparently not. It just depends on whether you’re a regular and what the kitchen has in stock. Perhaps it’s a lucky coincidence then that the glasses of white we are given are totally mind blowing with the plate of black pudding and almonds that appear shortly afterwards. I would never have put the two together and never would have chosen black pudding, but yikes, it’s a dynamite combo.

The eve drew to a close with me furiously scribbling down Jaime’s recommendations of where to eat on the infamous Cava Baja (Casa Lucas, Escaldon and Tempranillo all hit the spot apparently) and wondering whether we could squeeze in one of his winery tours or cooking classes.

The following two days were chockablock with eating and boozing and trying to find ways of doing either or both of these things whilst taking in the city. Thankfully, live music venue La Riviera played host to Aussie band Tame Impala on the Saturday night, which allowed us to buy some cheap plonk and sit in the sun outside the venue with the crowds and then buy less than dainty litre cups of beer inside the palm tree infested venue.

An audio tour of Las Ventas, the impressive looking Neo-Moorish style bull fighting ring is really worth doing. The place seats almost 24,000 folk and, unbelievably considering this modern, forward thinking society, it still gets packed out whenever a bull is about to be slain.

Slightly more wholesome venues to visit are the two football stadiums home to Real and Athletico Madrid. It might well be tempting to make the trip up to the north of the city to visit the Bernabeu and forget about the Vicente Calderon stadium but a little compare and contrast makes for interesting conversation. The whole operation at the former is clinical and hugely corporate with a high tech, interactive museum. You get the feeling this is another stream of income and they herd visitors through like cattle. The latter, however, is low key. There are real-life human guides at Athletico and the idea of this being a family club prevails.

To sweat out a bit of the cured meat, we embark on an easy going three hour bike tour of the city with Mad Bikes. Sure, it’s an old cliché, but I’ll say it anyway: it is the best way to see a city. Starting off at the vast and beautiful RetiroPark we bumble along, chatting and picking our way through the occasional busy patch. We get a good look at the old town; we ogle the Egyptian temple and the Almudema cathedral, and before stopping off for refreshments, we pass the Prado and the Royal Palace.

So, although Madrid held some frankly depressing memories for me, I sure am glad I let it worm its way back onto my ‘European foody cities I’d like to visit again now I’ve got slightly healthier funds to enjoy them’ list. Fun and thrilling, smart and sophisticated, this time round, Madrid was a delight.

I remember watching the restaurant scene in the opening of American Psycho in my late teens thinking, ‘I wonder if the Upper East Side is actually like that?’ ‘Are the plates really the size of a platter?’ ‘Is the food symmetrical?’ ‘Do the waiters still serve the dishes with silver service perfection and in unison, like well-rehearsed Russian synchronised swimmers?’ When I perused the menu for Quattro Passi, I decided that it would play host to 2015’s fabled editorial meeting between myself and The Review’s Editor-in-Chief. One useless piece of information: rarely do you meet an individual with such a diehard appreciation of only one cinematic genre (horror). Laith Al-Kaisy…