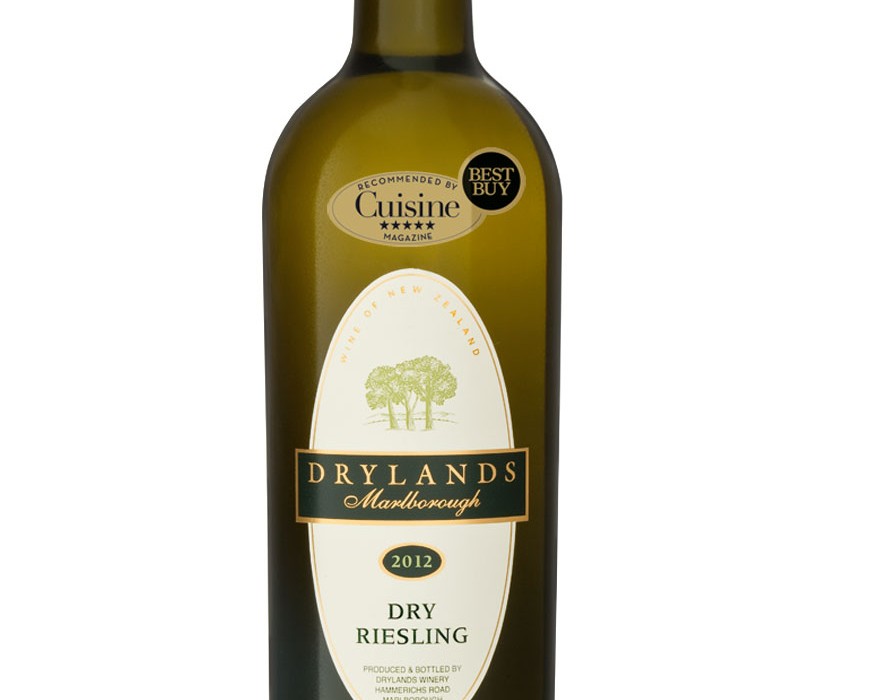 Last weekend I was flicking through a second-hand wine encyclopaedia that was published in 1994. My attention was grabbed by the section on New Zealand. I couldn’t believe that all it contained was one map, two pages of text and no differentiation of regions, just a simple description of the country and emphasis on the fact that their main grape of production is Sauvignon Blanc. This made me start thinking about the change that New Zealand has seen in the past ten years. Ever since Cloudy Bay came in to the spotlight, people fell in love with the fresh, crisp, citrus and gooseberry characteristics of the Sauvignon grape, creating a huge demand and expansion of vineyards and producers across New Zealand. This has been great for the country and with this expansion has come the possibility to experiment with other varieties too, one of which I am finding particularly interesting at the moment – Riesling.

Dare to be Different

Riesling is going through a revival. Originally from Germany, it has only recently started to be grown in New World countries. It developed an unjustly poor reputation due to the fact that it was associated with a lot of sub-standard German wine which flooded the market in the 80s, but the truth is that when it’s treated well it is one of the greatest varieties in the world. The wine can vary hugely from dry to much sweeter styles. The reason that people love Sauvignon – it is inexpensive, reliable and predictable in flavour – throws light on Riesling’s marketing problem – its character varies hugely depending on the where it is grown and how it is treated in the winery, so it is difficult to be certain what of exactly what you are buying. It also tends to be slightly more expensive because it is grown in the more marginal northerly regions of Europe.

Don’t let these factors put you off. It is definitely a more challenging grape to try, but also much more rewarding. New Zealand has only recently realised the potential that their climate and terroir has for more aromatic varieties. Today, the country grows 2,666 acres of Riesling, up from 1,218 acres in 2001 – a huge increase in ten years. Most comes from the South Island, from the regions of Nelson, Marlborough, Canterbury and Central Otago, where the climate is cool, with a strong maritime influence producing a sharp and thrilling style. The cooler nights help Riesling develop great acidity, though there is enough daytime sunshine to bring out the ripe fruit aromas. The conditions are so favourable for developing high acidity that the producers tend to harvest the grapes with residual sugar, to avoid the style being too austere. This means the wine is off-dry, but has strong aromatic qualities, typically with flavours of lychee and tropical fruits, and strong acidity to balance the wine. If this hasn’t made you want to try this interesting grape, then also bear in mind, that Riesling is typically low alcohol, so great for those times that you want to avoid drinking too much!

Next time you are standing in a shop trying to choose a bottle of wine, maybe don’t reach for the familiar Sauvignon, but instead browse the shelves and try the wonders of a New Zealand Riesling.

The Wines of Argentina: An Ongoing Story of Improvement

Most people who work in wine have that epiphany moment when they realise that wine is the path they want to take in life. Mine happened to be when I was travelling in Argentina before going to university. I visited Mendoza – beautiful vineyards surrounded by mountains, small windy roads to cycle along, and bright sunshine – it was perfect. Ever since this discovery of Argentinian wines, they have been some of my favourites and sometimes I am amazed that they are not more popular (and expensive). There are several reasons why Argentinean wines are so great (other than the fact that they are delicious!). With a wide range of regions, growing conditions, and grape varieties, there is huge diversity across the wines. Mendoza, in central Argentina is the largest and most famous, though Salta in the north and Rio Negro and Patagonia in the south are also producing some good quality wines. Argentina is fortunate to have all the right environmental factors for winemaking: good soil, well-drained slopes, lots of sunshine and the high altitudes that ensure overnight temperatures are low, helping the grapes to ripen slowly and develop lots of flavour.

Another reason I love Argentina is because of the pace of change and the diversity that it is bringing to wine. At the moment it is one of the most exciting New World countries. It was slow to develop a strong reputation, as the best wines were made in small quantities and sold to the domestic market, while bulk wines without much complexity or interest were made across the region for sale in supermarkets.

However, over the past 10 years there has been an influx of investment and enthusiasm as people realise that Argentina is capable of producing extremely good wines. Old wineries have been rejuvenated and new vineyards and varieties have been planted. Without the restrictions that many Old World countries face, for example what vine treatments are allowed and which grape varieties may be grown, Argentinian wine is just getting better and better. But they still tend to offer good value for money, especially when eating out. It is well known that restaurants often mark up the prices of well-known wines to a greater extent, so choosing a Bordeaux or Sancerre on a wine list isn’t always the wisest of course of action. I always look out for the more obscure regions and perhaps an unusual variety like the floral white grape torrontés, or an up-and-coming Argentinian producer.

As for the future of Argentina, the potential is huge and exciting.  Argentina is most well known for producing Malbec – it is the country that has made the grape famous, even though it originally comes from Cahors in France (they used to call it Cot, though with the success in Argentina, even they now refer to it as Malbec). But producers are cautious about being seen as one trick ponies, and are now showing that they can also produce other varieties, for example Cabernet, Bonarda and Pinot Noir. As well as experimenting with these varieties, they are working hard to increase the quality of their Malbec and make it one of the world’s top wines. More boutique wineries are now labelling wine from sub-regions and even individual sites, rather than Mendoza – after all Mendoza is a large region, with varying soils, altitude and climate.

The future lies in people recognising these sub-regions, in the same way people might recognise that a Bordeaux is different if it is from Medoc or Pomerol. The wines have different personalities depending on where they are from and there is no reason why producers shouldn’t reflect this in their labelling. One area, Lujan de Cuyo has its own appellation. All of this means that hopefully the it won’t be too long before you’ll be choosing your regional Malbec to go with a specific cut of meat (another great Argentinian product). You will be pleasantly surprised!

Anna von Bertele is a wine expert at Roberson Wine. She has worked in the wine industry for two years since being converted on a cycling holiday around the vineyards of Argentina. She has a particular interest in New World wines.

I’ve managed to undertake a whole lot of travelling through the various lockdowns. The problem? Aside from a couple of brief working jaunts to the Baltic states, it’s happened almost entirely within my imagination.