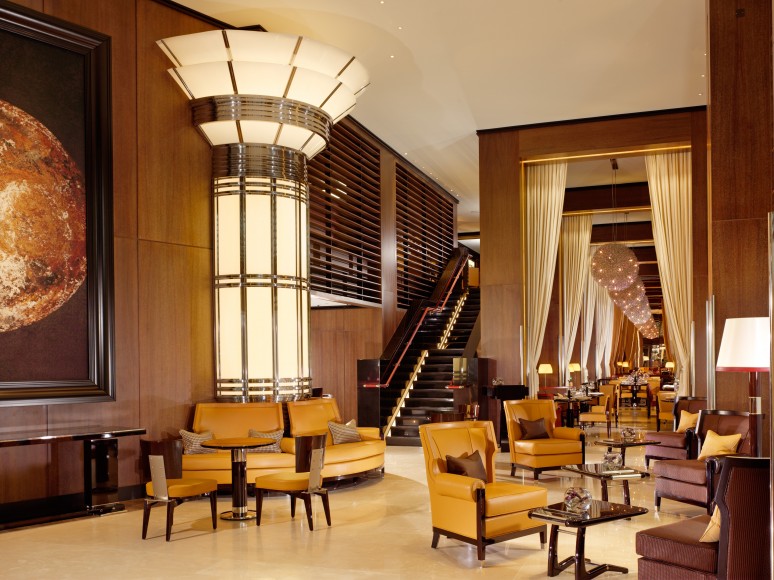 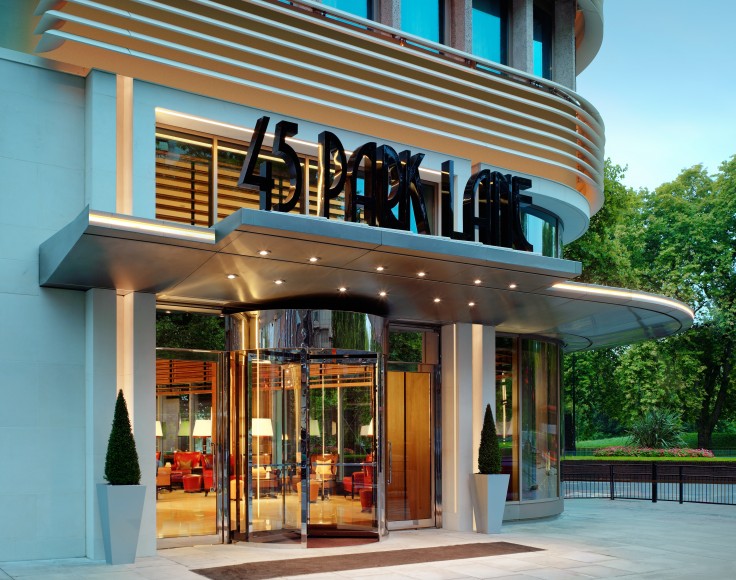 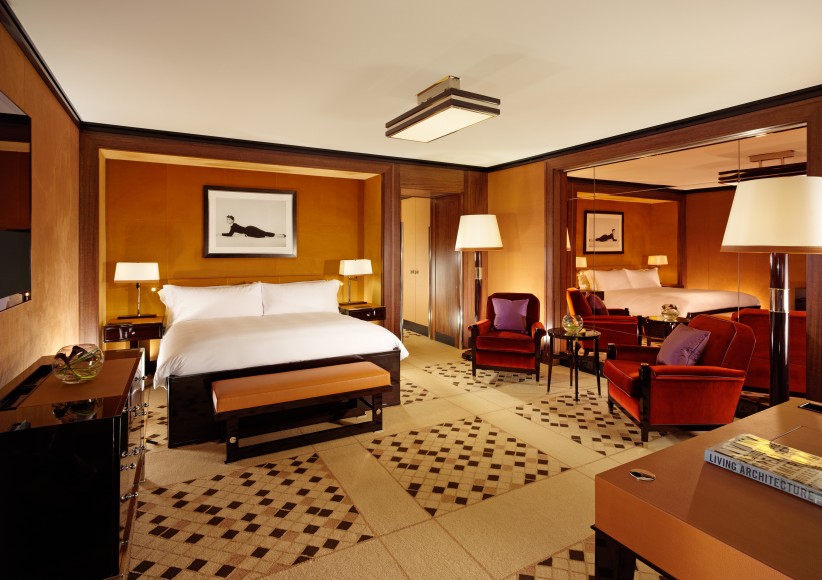 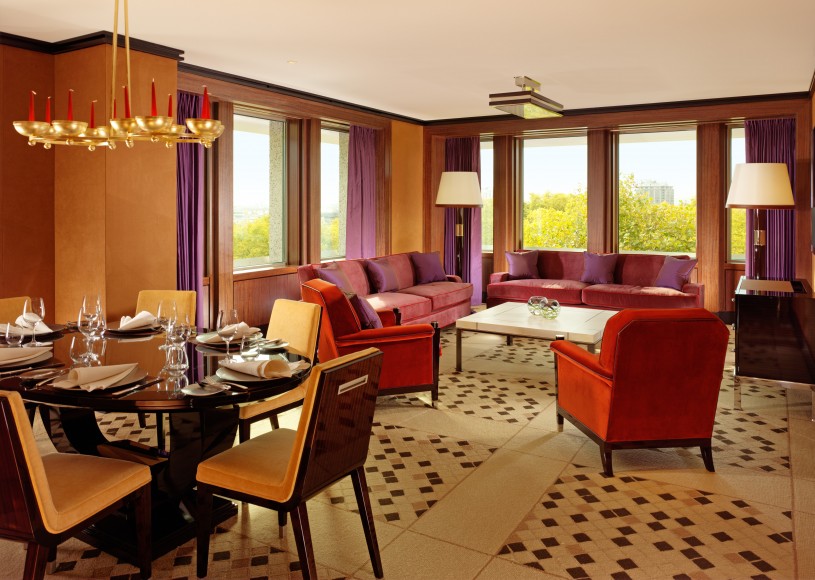 It isn’t very often that a hotel launches in central London and makes such a Conrad Black-sized dent in the hotel hierarchy. 45 Park Lane opened its doors to the usual pomp and ceremony in September 2011. It collected its awards, welcomed its establishment and glitterati clients, and promptly sat down with a cocktail whilst its fans rallied around clapping and fawning uncontrollably. It is most definitely the heir apparent to the top of the London hotel scene.

I have been a quiet fan of 45 Park Lane for sometime now. I have coveted her art deco lines and enviable location like a lion stalking a Cartier encrusted gazelle dragging a Damien Hirst behind it.

When the time came to spend an evening with the team at the hotel, my betrothed had also booked us to attend a charity event in Camden. We had stood in our Curzon suite contemplating the hour we had until our attendance would be required with some disdain.

“Do we really need to go?” she asked with a certain confidence. “Isn’t this your shindig,” I replied, sipping my Japanese beer.

It wasn’t ‘her’ party specifically, but an event in support of breast cancer. That’s right, the suite warranted the contemplation to cancel attending a cancer charity. God, doesn’t that make us sound contemptible. I am fairly confident that you too would have at least thought about it. After all, hotel stays always tend to be fleeting affairs.

When was the last time you booked a suite and actually spent any serious time in it? I would have been happy arranging a good rib-eye from Wolfgang Puck’s CUT restaurant, finding something senseless on TV and getting into a punchy bottle of red. Sadly, it wasn’t meant to be, and we decided that if we ever wanted to see our souls again we should leave our mini-Eden on the seventh floor with its king size bed and penchant for strides of marble. Only briefly, though, having had our fill of cocktails and pop princess Delilah, we decided it was time to return to our suite where the night could really begin.

I carefully slid my Petit Upmann out of its tube and lit it mindfully to ensure an even burn across the whole gauge. If I had been wearing a dinner jacket and not a Brown in Town suit, I’d have pulled my bowtie apart in the immortal nod to Tony Bennett.

I stood out on the terrace looking over the park wondering what it must be like to see a relatively new hotel arrive in the capital and become so eminent in such a short period of time. Park Lane is arguably home to some of London’s finest established hotels. Next door to 45 Park Lane is sister hotel The Dorchester. One couldn’t ask for better company really.

At this point, I could hear my lady asking, “How do you close the blinds darling?”

“Touch screen,” I fired back. To my surprise, she actually managed to close them. One might call my dear a low level technophobe. Lights, phone, air-conditioning, curtains, everything was controlled by the touch-screen. I have seen this attempted in other hotels, some badly, but this was clear and concise enough, even for the weakest of Wi-Fi users.

Having ordered and devoured a black angus burger in the dining room and smoked a cigar, I decided that some time should be spent appreciating the ocean liner of a bedroom. Black wood, rich furnishings, leather detailing and art deco furniture adorn every crevice. I will admit I took several pictures with a good mind to ask an interior decorator friend of mine to keep them on file. A large print of Audrey Hepburn hung above the bed giving the whole room a 1920s Hollywood glamour to the place. And at 850 square feet, I was impressed at how warm it felt.

The following morning, having slumbered for some time reading the paper in a fine armchair, we decided that we should venture down for breakfast. I shan’t say too much about enigmatic Wolfgang Puck’s CUT, as we do indeed plan to return for a fully-fledged review. However, it is indeed the very pinnacle of a power-dining restaurant. There were an army of staff, presumably one per napkin. Opt for the salt beef hash cake with poached organic eggs, crispy leeks and sauce Bérnaise. It will make you believe in God.

For me, 45 Park Lane is an establishment I would recommend, and that is a club that has less than ten members. I yearn to return and book out their screening room for a film night with friends and expertly crafted cocktails from the bar. I can’t tell at this point if I am making myself clear, so let me put it another way: The Review doesn’t have a travel awards ceremony. We leave that for the tottering ones at 25 Maddox Street. If we did, however, 45 Park Lane would continue their unabated affair with all that glitters.

The DBS is a car whose name leads you into the detail of its performance, intent and form. DBS were three letters first seen in 1967 in the William Towns designed original, created to replace the, by now, rather portly DB6.