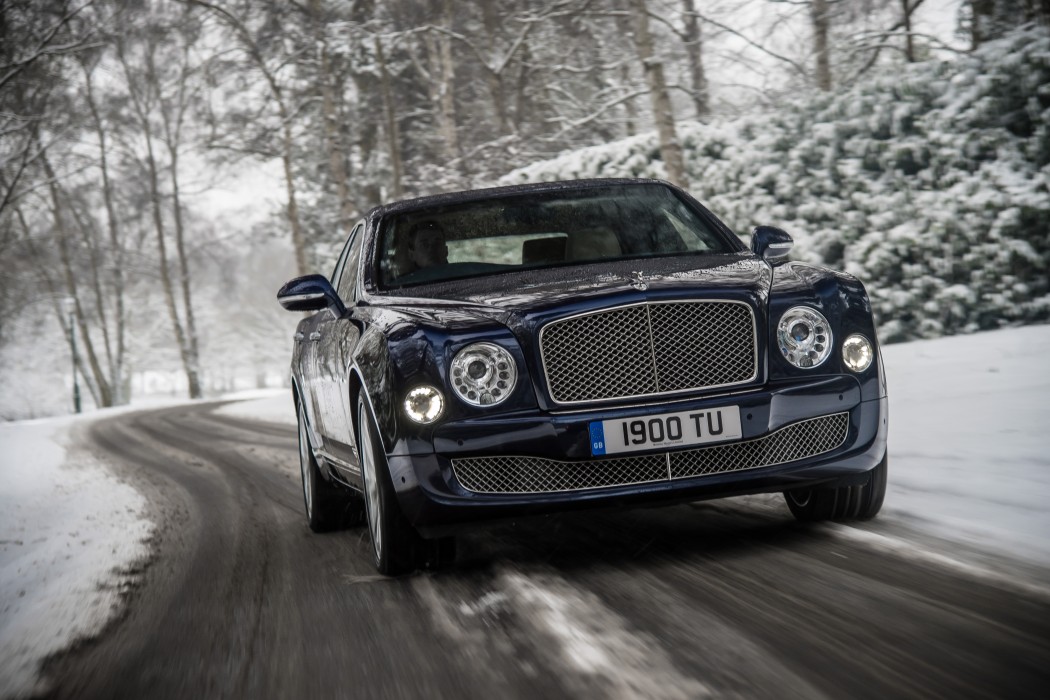 So, we’re five up and the speedometer is reading 130mph. I then hear a ‘bing’ and a message appears on the central screen. It reads: ‘Your tyre pressures are too low to safely proceed beyond this speed’. Disheartened, I lift off, feeling that discretion is the better part of valour, only to see another message appear: ‘Bing. To reach 170mph, you will need to inflate your tyres to the following pressures’.

That really sums this car up. It has a can-do’attitude. Chances are, you’ve made your millions by probably not taking no for an answer. Why then, after shelling out £250,000 pounds on a motorcar, would you want it to tell you ‘no’. You wouldn’t. Instead, like a good gentleman’s companion (think Jeeves or Alfred from Batman) it simply offers you advice.

This I feel elevates it from a car to a companion. The model that I tested certainly had a personality. Think Richard Burton meets Keith Richards. A colossal super-luxo barge finished in gold. Inside it has the optional extra of a frosted-glass illuminated panel between the back seats. At the touch of a button, the panel slides down to reveal a refrigerated compartment with space for not one but two bottles of champagne, and not two but three lead crystal champagne flutes. Draw your own conclusions on these numbers. I’m only surprised by the fact that the picnic tables don’t have built-in scales, but I guess at this level, the difference between a kilo or two probably doesn’t matter.

Once the sun has risen, the girls have gone home and the seats have been cleaned, this car will present you in a respectable manner wherever you choose to take it. The Kuwaitis of Knightsbridge will love it, because it’s gold. The curmudgeonly aristos will love it, because ‘BAH! MY SCHOOLMASTER HAD A BENTLEY! BUGGERED ME SENSELESS. BLOODY NICE BLOKE!’ And the Irish gentleman who has made his fortune in the magically tax-free scrap metal business will love it, because of its boot capacity <insert boot contents here>.

Joking aside, people love to bemoan the Bentley brand as a footballer’s car, but this isn’t the case. The Continental GT is, I will grant you, the transport of choice for poor people with too much money, but you must not overlook what that means. Without the revenue received from the ball-kicking Waynes, Garys and Lees of this world, would Bentley still be able to indulge its few customers with taste, and produce something as magnificent as the Mulsanne? Perhaps not.

This car retains its hand-built feel, in a way that is less TVR and more Chesterfield sideboard. You know that the leather has been hand stitched by a man called Bob and that the drawer for the iPod (you would expect nothing less) is built by a man who lives and dies by the quality of his workmanship.

Don’t think, though, that this is some fuddy-duddy old boy’s car. Bentley was always known as the sporting alternative to Rolls Royce, and this car acquits itself so. When you consider that it weighs a little more than the Cotswolds, has more leather than an AC/DC gig, and uses enough wood to raise the price of paper, it really motors. Assuming that you can quench its thirst (this is the Richard Burton element to its character), then it will waft you at indecent speed anywhere that you may wish to go.

It’s a beautiful thing that is handsome on the outside and decadent on the inside. It’s everything you could ever want from a companion to live with by day, and to party with by night.

It’s said The Queen owns over 200 Launer bags. Indeed, the royal family’s relationship with Launer dates back to the 1950s, when the Queen Mother’s eye was caught by the company’s exquisite leather designs. It was she who introduced her daughter to the brand with the gift of a handbag – and the rest is history.