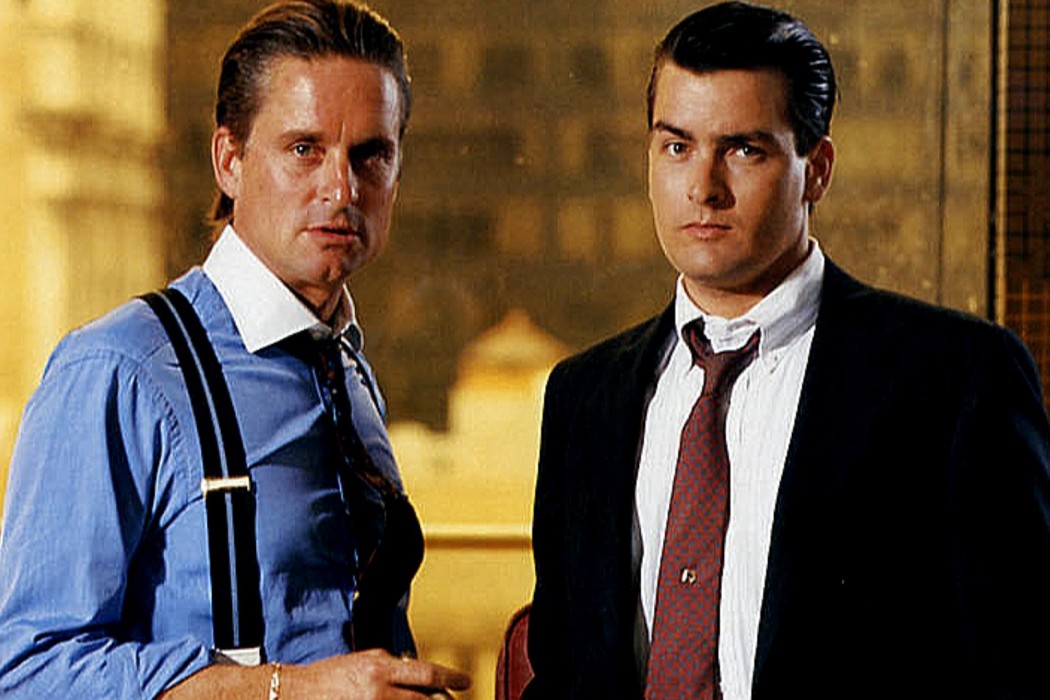 It is befitting, if you’ll pardon the pun, that I scribe this ode to power dressing from the uber-hip Hoxton Hotel, where I am surrounded by the stylish, the powerful, and the movers and shakers of my hometown.

You see, when it was suggested to me that power dressing might be a good theme for this issue of The Review, I ironically thought it a dreadful idea, ostensibly because it conjures images of the gauche businessman of the 1980s in ill-fitting, chalk-striped suits – certainly for the majority of my peers anyway.

But it conjures, for me, images of the greatest power-dresser of all time: Gordon Gekko, one of my sartorial heroes. And, whilst I am still very much inspired by the style of this much-maligned 80s icon of the silver screen, there is a new breed of savvy dresser who have reinvented this outdated stereotype.

For the past 10 years or more, we have been enjoying something of a sartorial revival. Tailors are sought after and the craft flourishes, the likes of which we’ve not witnessed since the 1960s, when celebrity tailors abounded. And it is the purveyors of one of the most popular 80s sartorial styles, the deconstructed suit, championed by Giorgio Armani, who lead the charge in today’s power-dressing stakes: the Italians.

Take dandy Lino Leluzzi of Italian tailoring house Albazar, for example, who has more flamboyance than you can wave a pair of pinking shears at. Double-breasted jackets in pastel shades, cut to perfection, and cashmere overcoats and chain wallets (yes, chain wallets, but I’d proffer that you must have Latin blood to pull this off) – he makes Gekko look like an adolescent sixth form pupil!

But what makes a power-dresser? Importance? Self-importance? Audaciousness? All of these things certainly set the power-dresser apart from his peers, but if we were to consider the connotations for a moment – head turner, self-assuredness – then I’m sure we could bring that right up to date by looking at what the great and the good are sporting at this moment, which displays their power credentials.

First and foremost, one must be confident in what they are wearing – no half heartedness, no trying to impress and certainly no commissioning a bespoke garment in a boating stripe, which you rocked in the 1970s whilst studying at Cambridge just because the cloth is stocked by your tailor, or moreover, for sentimental reasons. Power dressing is the realm of the unashamedly sartorially inclined – and he only.

To get us out of the gate, one must first consider what it is acceptable to wear in one’s sector, and to a greater or lesser degree, which colours are complementary. For these are the things which make the power-dresser stand-out from the crowd: (suiting) cloth colour, which complements one’s complexion, beard or hair colour; a suit cut to perfection; and accessories, which let both the wearer and the observer know that one has given just enough due care and consideration to what they are wearing.

Now, given that there are many tailor-made suits out there these days, it may be difficult for the casual observer to identify the power-dresser from the wannabe – but here it goes.

The power-dresser will almost certainly have had their suit made for them. Off-the-peg numbers from fashion brands will not cut the mustard. The suit will be cut from a cloth that speaks either of someone’s understanding of the seasons, or their personal dedication to the things which matter; weave, handle, shade, and for some, the manufacturer of the cloth, e.g. Loro Piana, Fox Flannel, Dormeuil or  Harrisons, to name but a few of the favourite of Brown in Town’s own customers.

A colour that is either a) indicative of one’s trade e.g. navy blue or charcoal grey for the legal profession, navy blue for the banking profession and pale shiny grey for recruitment consultants (this is obviously an inflammatory sweeping generalisation and is not indicative of those recruitment consultants on my books, but you get the general idea), and/or b) a colour which is unequivocally flattering, leaving one in no doubt that he chose the cloth with the self-assuredness of someone with a lifetimes worth of experience, or simply, a God given gift.

In layman’s terms, the void between the wearer and the garment which afford the wearer the all essential drape of a garment and which provides the perfect silhouette. I appreciate that the skin-tight-alright style has enjoyed something of a heyday thanks to the likes of Daniel Craig’s Bond and messrs O’Leary and Barlow, but you can be assured there are no contenders in the power dressing arena from Camp Cropped Jacket. The cut of someone’s jib can be broken down in tailoring terms by the following: closely tailored, classically tailored or relaxed jib. And what’s good for the goose is good for the gander, so one is advised to take their tailor’s advice on such things.

Aside his braces, probably the overriding sartorial impression that Gordon Gekko made on us was that blue shirts with contrasting white collars and cuffs are for bankers, and bankers only. This style of shirt has its roots in the 18th century when our undergarments became our outergarments, the shirt was born and was required to be white and, above all, clean. This indicated that you had staff who could clean your shirts for you. Once the shirt was part of our sartorial lexicon, the lower classes started wearing coloured shirts, which did not require so much cleaning, but there were those of the upper classes who delighted in this newfound freedom of colour and so experimented with colour also. But how to ensure they were easily identifiable by their peers, and not confused with the layman? Clean white collars and cuffs – detachable at one point, but still worn to this day by the legal fraternity, naturally.

And once one has commissioned their 2pc double breasted suit, made of Fox Flannel and with a faint chalk stripe – the gaps between each stripe of which are proportionate to the wearers girth, and the colour of which matches either the wearer’s eyes, beard or hair colour, as favoured by our very own Winston Churchill – they can then concern themselves with accoutrements, without which the power dressing Gordon Gekko would not be so (fondly) remembered; braces, preferably in red.

There are also cufflinks and inordinately large timepieces to consider, but this stretches beyond my area of expertise and so I refer you to our friends at Bonhams, the auctioneers, who will be happy to facilitate your specific requirements and probably a rather powerful vintage motor car in the process.

Power dressing, as you may have gathered, is possibly not the M.O. of the BLT. Powerful cars, however, are another matter which we will leave for another day.

Round the Island Race

Local boat Eeyore, an Alacrity 18 Bilge Keel from Cowes, has laid claim to the prestigious Gold Roman Bowl, winning this year’s Round the Island Race after a long tactical day on the water. With a crew of just three: skipper Jo Richards and his friends David Rickard and Duncan De Boltz, the 18 foot bilge keel was the smallest boat in the race. A member of Gurnard Sailing Club and Cowes Corinthian, Richards talks through his winning race: “It was an interesting but long race, we actually started at the opposite end of the line from the rest of the fleet which paid us reasonably well in the end….