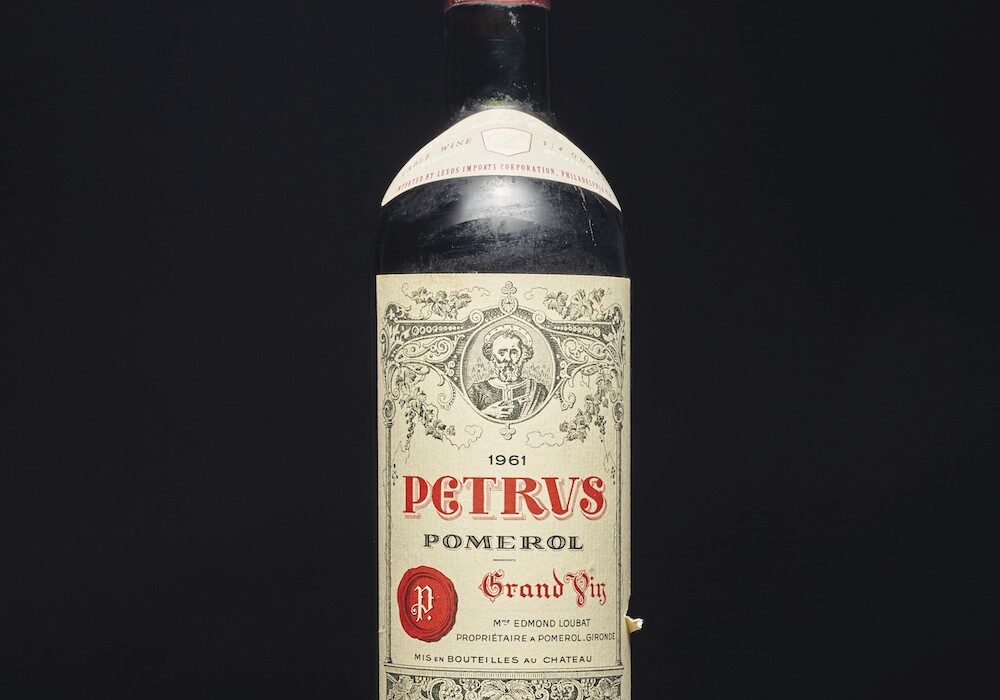 “I bought wine like crazy,” admitted Dr Benjamin Ichinose, who went on to build a dream cellar of perfectly stored wines. His extraordinary collection was sold in online auctions at Christie’s between 16 and 31 July 2020, to wide acclaim.

The sale realised over $2.3 million – the highest total achieved for an online wine sale at Christie’s, and setting an impressive 76 world auction records.

Chris Munro, head of wine at Christie’s Americas, discusses this important collection and highlights some of the most compelling vintages ever offered at auction.

“It was perfection,” wrote the late Michael Broadbent MW. The legendary wine critic and author, not to mention the man who launched Christie’s wine auctions more than 50 years ago, was describing the equally-legendary private cellar of Dr. Benjamin Ichinose at his home in Hillsborough, California. The cellar was, he insisted, “Absolutely perfect in every sort of way.”

Broadbent first visited the Japanese-American collector in 1972, and had been so impressed with what he’d found that he was moved to write to Ichinose. “Your cellar is quite as magnificent as I had heard and expected. I only wish more people were as dedicated and scrupulous in the way the wine is stored.” 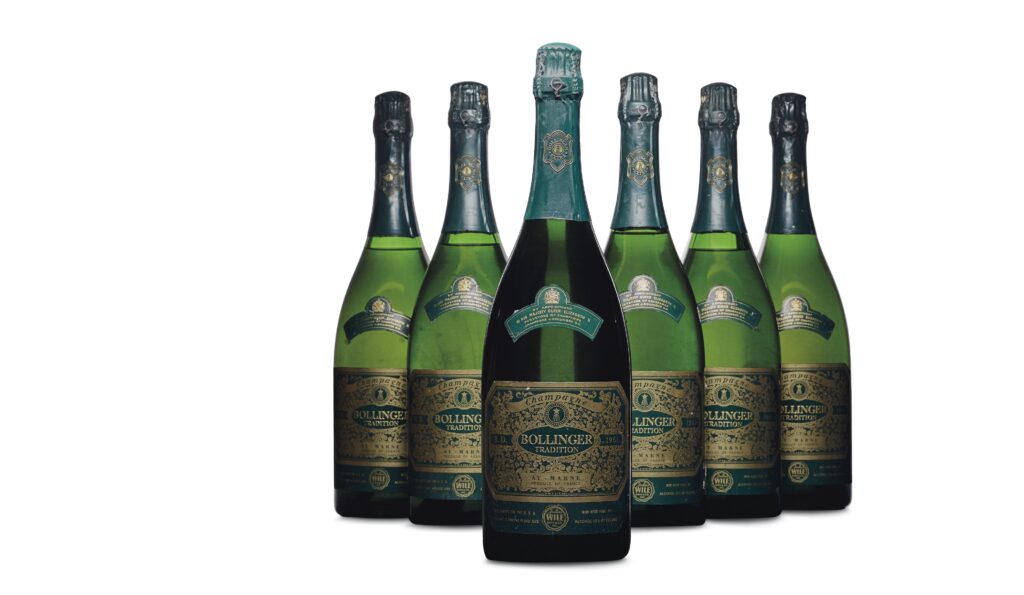 In 1973, Henri de Villaine, the late co-proprietor of Domaine de la Romanée-Conti, wrote to congratulate Ben Ichniose for his “Rich knowledge of wine and as a collector of art masterpieces, which are the great bottles in your cellar.” Three years earlier, Harry Waugh, another influential wine merchant and connoisseur, had pondered in his book, Pick of the Bunch, whether “There could be a better privately stocked modern cellar anywhere in the world.”

Born in Koloa, Kauai, and raised on a 13-acre farm, Ben Ichinose experienced an idyllic childhood. After high school, he attended UC Berkeley and UC San Francisco, where he got his dentistry degree. He was then stationed in Yokohama, Japan, as a US Army Captain practicing orthodontics, before returning to the Bay Area in late 1959, when he and his wife Mayon embarked on a new interest: wine.

Ichinose spent the early 1960s learning as much about wine as possible. His zest for educating himself was matched by his eagerness to taste as widely as possible. He joined the Berkeley Wine and Food Society, a small group of enthusiasts that also had its own wine cellar, and was exposed to some of the most discerning palates of that era. He later joined the Society of Medical Friends of Wine, the Wine and Food Society of San Francisco, and the Confrérie de la Chaine des Rôtisseurs, where he held the position of bailli for the Pacific Northwest. In 1980, the Bacchus Society named him ‘Mr. Gourmet of the Year’. 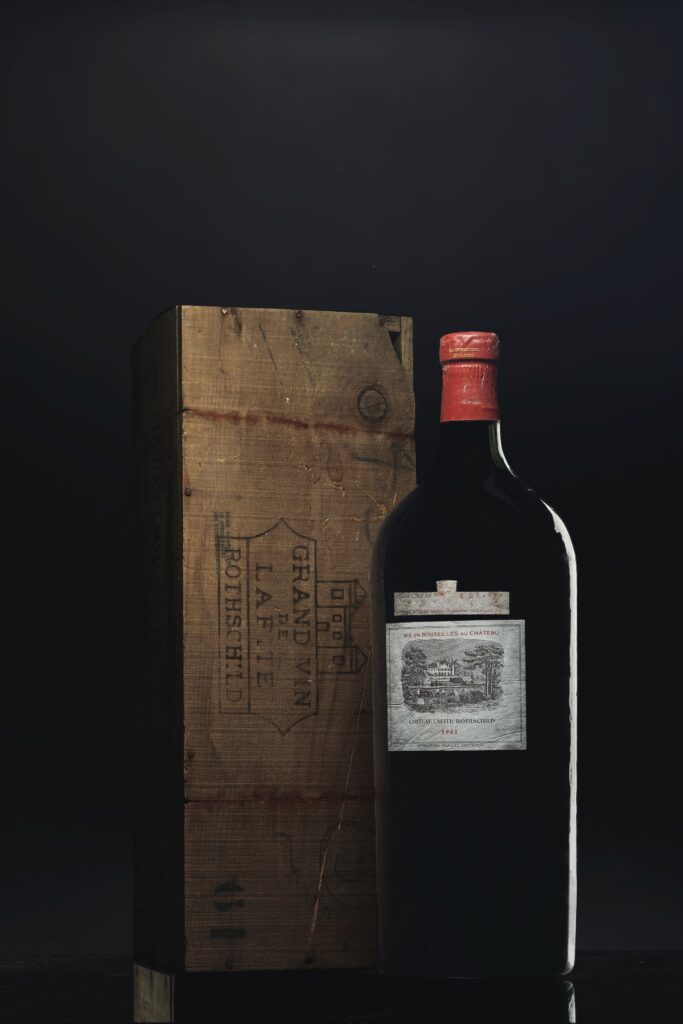 As Ichinose’s collection began to develop, so too did his friendship with Michael Broadbent. The specialist’s expertise and knowledge of fine wines in his role at Christie’s proved the perfect resource for the collector to expand his own knowledge and the quality of the cellar. Many of the greatest bottles were the old wines from the most important Christie’s wine auctions of the previous two decades, at which Ichinose had been one of the most prolific buyers.

While he collected mostly French, Californian and German wines, as well as ports, sherries and madeiras, Ichinose also collected birth-year vintages: esteemed vintages of 1929, the year Dr. Ichinose and his wife were born, and 1961, 1964 and 1965, the birth dates of their children. 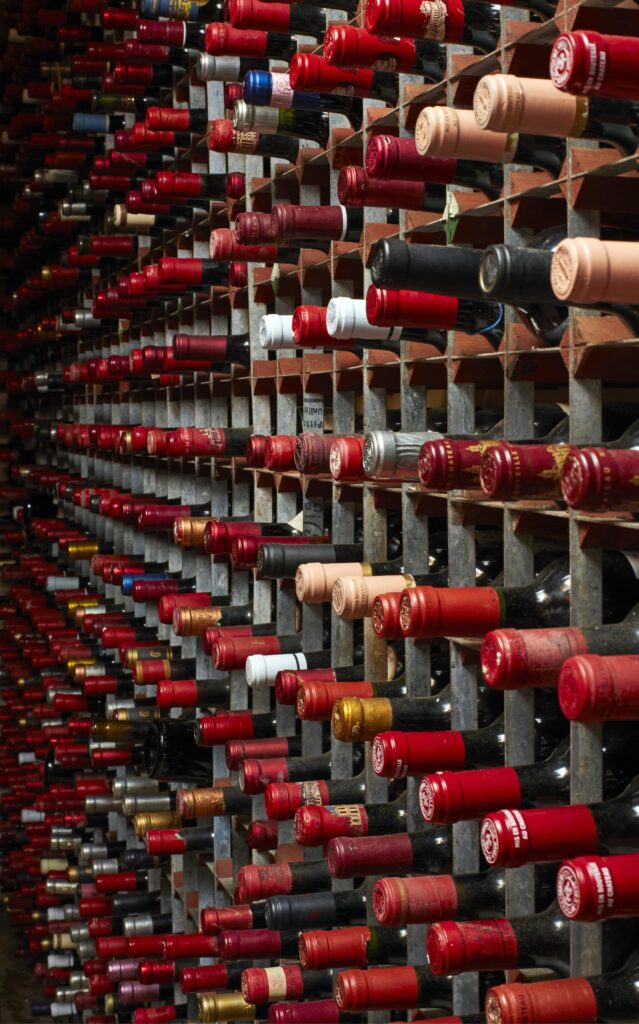 The collection eventually reached over 55,000 bottles, and expanded to include another underground temperature-controlled cellar he had constructed for case storage only – mostly younger California wines.

Ichinose had learned early on from Jim Guymon, an oenology professor at the University of California, Davis, that storage is of utmost importance to preserving wines. Determined to create optimal storage conditions, he constructed three underground rooms for his wine: the anteroom, for younger ports, sherry and madeira, was kept at 58 degrees (natural ground temperature); the main cellar was maintained at 52 degrees; and the second cellar, which stored older reds, whites and sparkling wines, was at 48 degrees.

As a result, wines were allowed to age gracefully and at a slower pace. Even wines from off-vintages or lesser-known properties were surprisingly better than expected. If creating perfect storage conditions was one part of his wine philosophy, the other, equally-important tenet was his belief that “The real beauty of wine is best enjoyed in the company of friends.”

Ben and Mayon, whose palate was said to be equal or even superior to her husband’s, hosted many luncheons and dinners in order to share wine from the collection. The friends they welcomed to their table included great names from the leading wine estates in France, early wine-industry pioneers and connoisseurs with legendary palates. 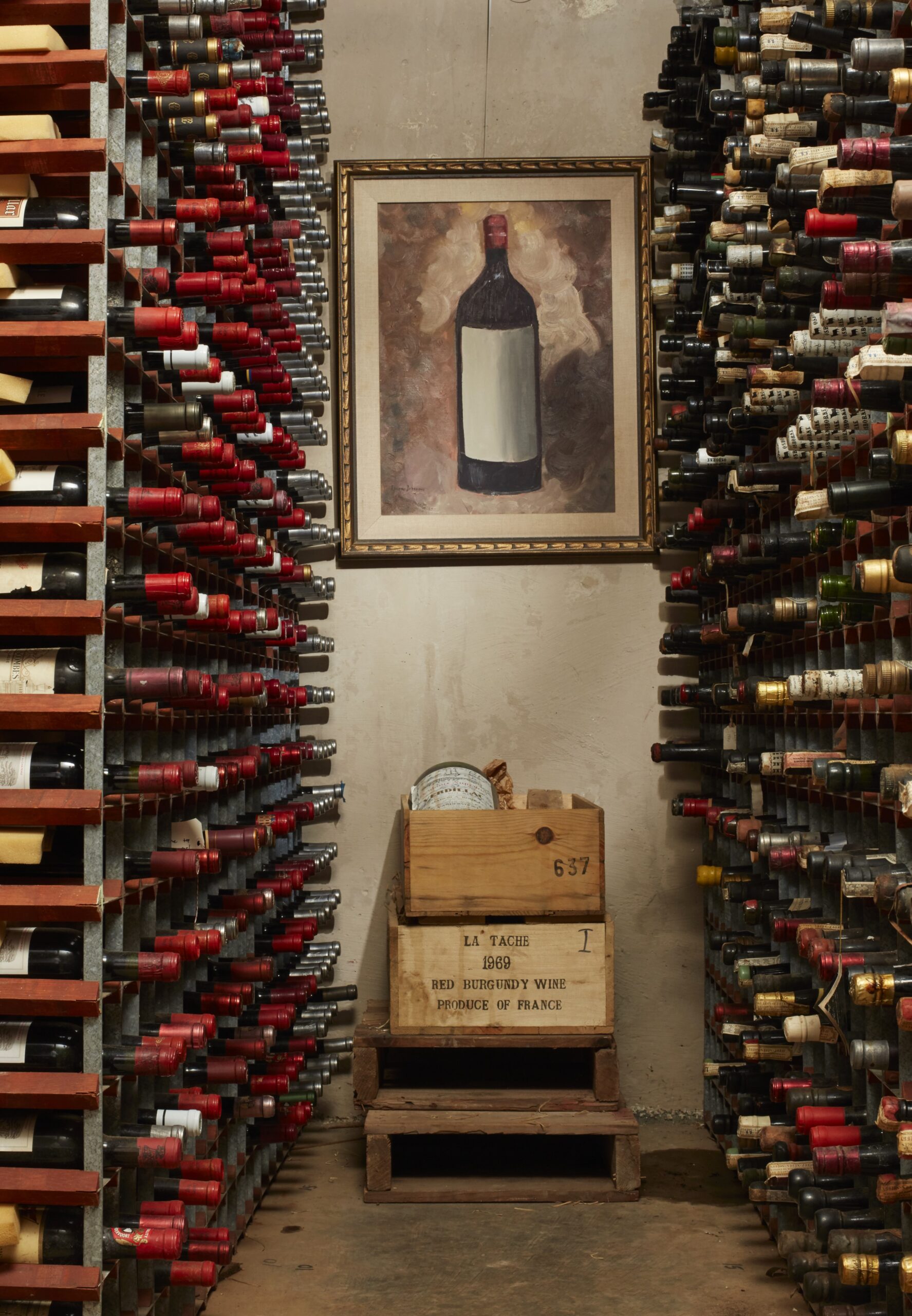 The July 2020 Christie’s sale invited ‘new friends’ to the table: 34% of registrants were, in fact, new to Christie’s, as this sale offered a once-in-a-lifetime opportunity for someone to acquire priceless wines with the perfect provenance.

The extraordinary element of the sale was that many of the wines can no longer be found elsewhere. And what makes them truly remarkable is that most have been stored in the same superb cellar, untouched for decades.

Some of the most remarkable bottles in the sale went on to establish new auction records – 76 in total – as they have not been on the market in generations.

The top lot of the sale was a jeroboam of Domaine de la Romanée-Conti, Romanée-Conti 1970, which achieved $75,000. The top wine from what is regarded as the greatest pinot noir producer on earth. In this format, a true unicorn. Exceptionally rare, purchased by an American burgundy collector, and certainly to be drunk with friends.

Notable results also included six bottles of de Vogüé, Cuvée Vieilles Vignes Musigny 1971, which fetched $43,750 against a low estimate of $9,000. From one of Burgundy’s classic vineyards and one of the greatest vintages of the twentieth century, indeed a perfect marriage. A real treasure and offered in impeccable condition given Ben’s obsession with perfect storage. 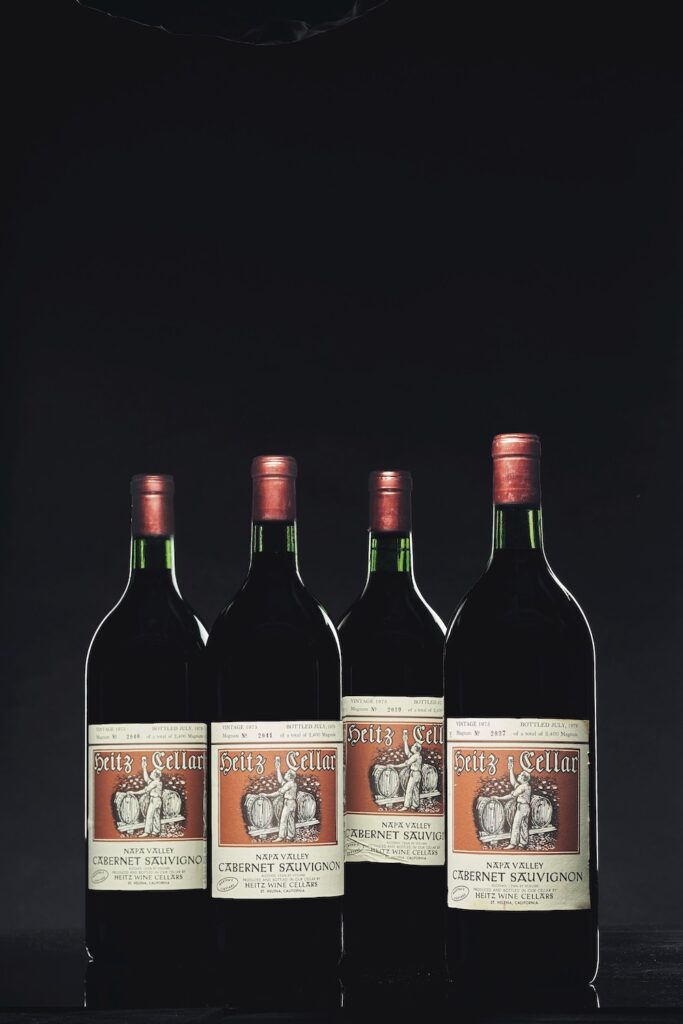 A magnum of Château Mouton-Rothschild 1929 sold for four times its low estimate, at $16,250. Another classic and awarded five stars by the late Michael Broadbent MW. In this exceptionally rare magnum format this promises to be a delightful drink.

And two bottles of Château Haut-Brion 1929, which went for over four times its estimate, selling for $17,500. Another classic wine from one of the greatest vintages of the twentieth century. A wine of this quality, given the impeccable storage, is a collector’s dream.

This collection represented one of those rare opportunities to acquire great wines from an impeccable source, and our clients responded with enthusiasm. Well-cellared, bought with strict guidance from importers and producers from a hugely knowledgeable and loved collector, we are delighted to report that nearly every bottle offered from this impeccable collection found a new home. The exceptionally strong results, including a number of world record prices, witnessed in this sale demonstrates the success of Christie’s Online platform’s ability to showcase important collections to the broadest possible global audience.

A tremendous sale – and a fitting tribute to one of the wine world’s greatest collectors.

The Morgan raced on down the lane as the late October rain pelted the demure metal figure of British engineering. The storm had been battering my small enclave of the British Isles for some time. So much water had risen, I was beginning to forget a time before the flood.