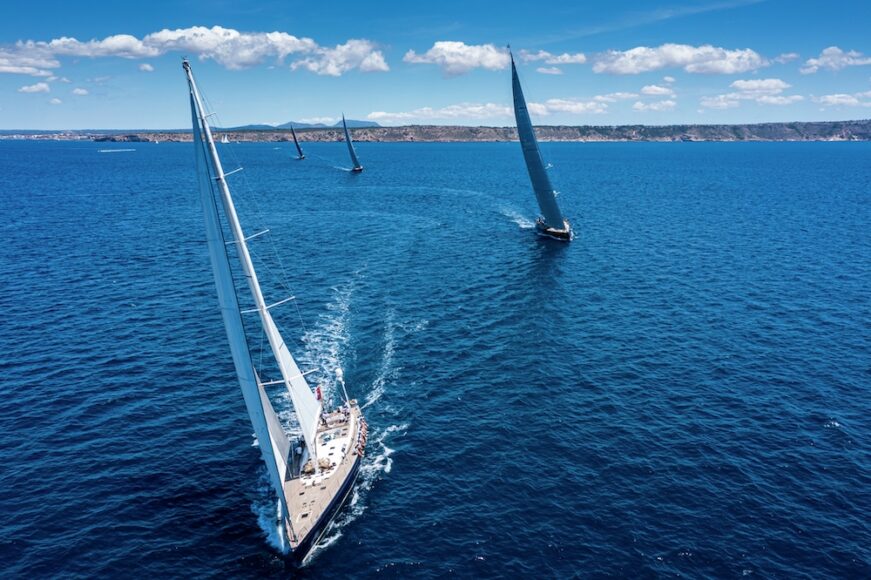 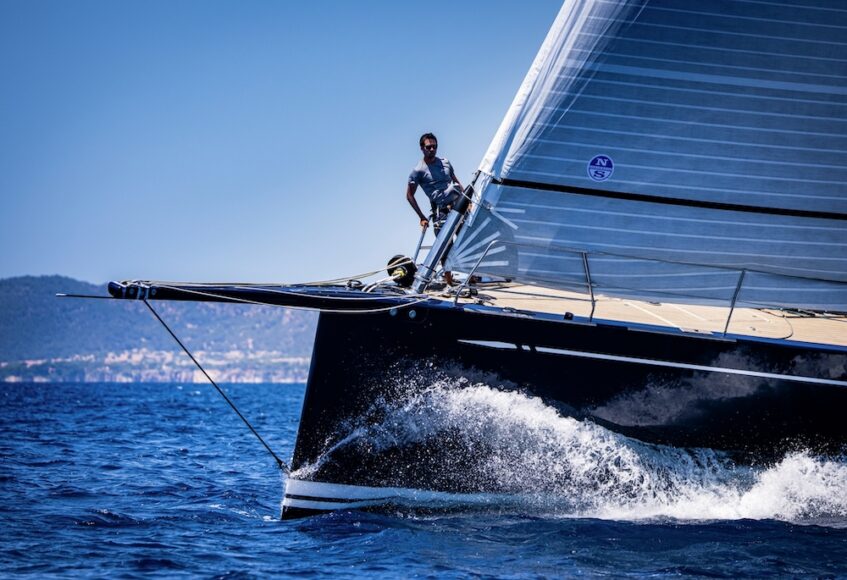 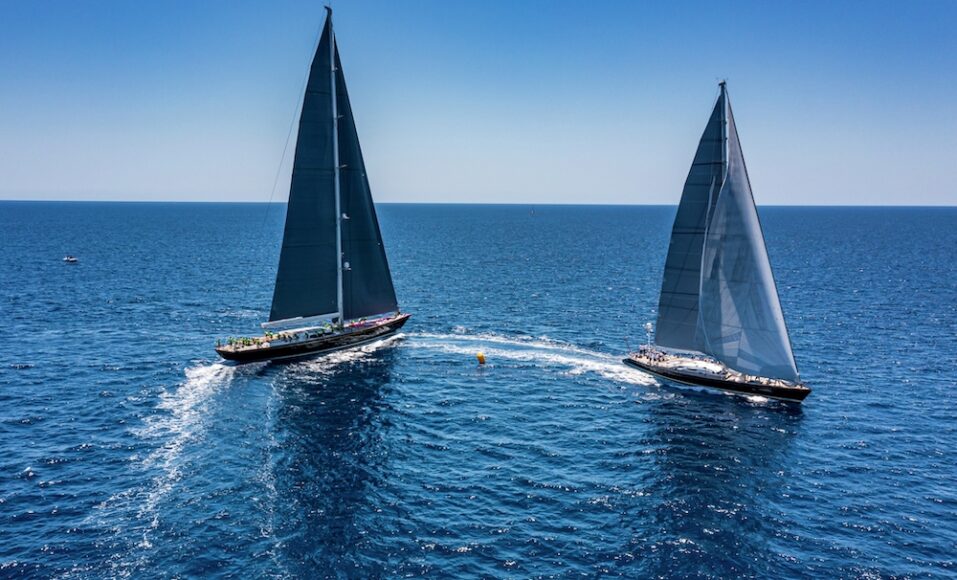 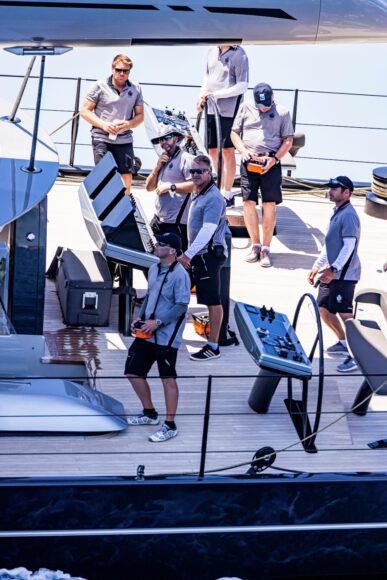 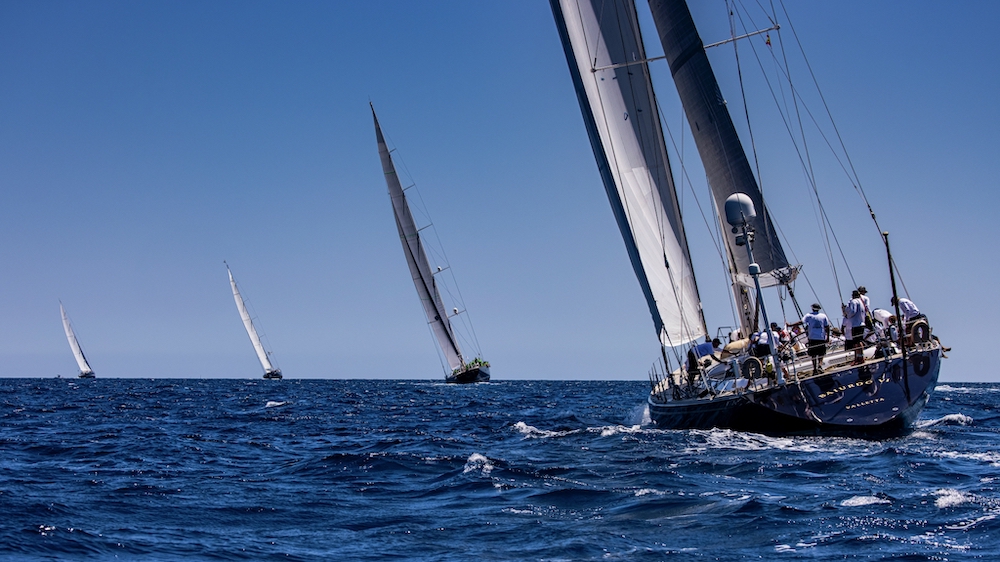 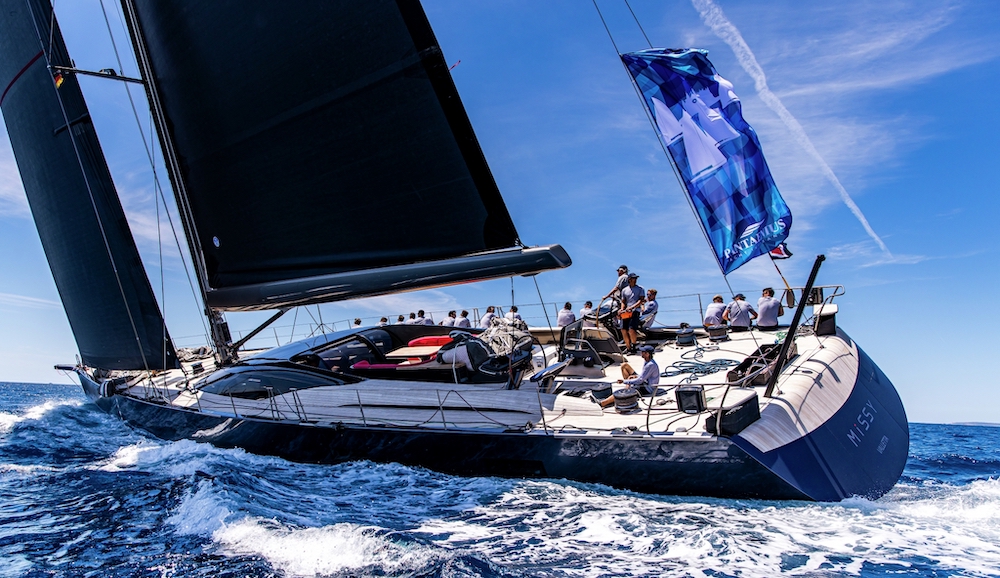 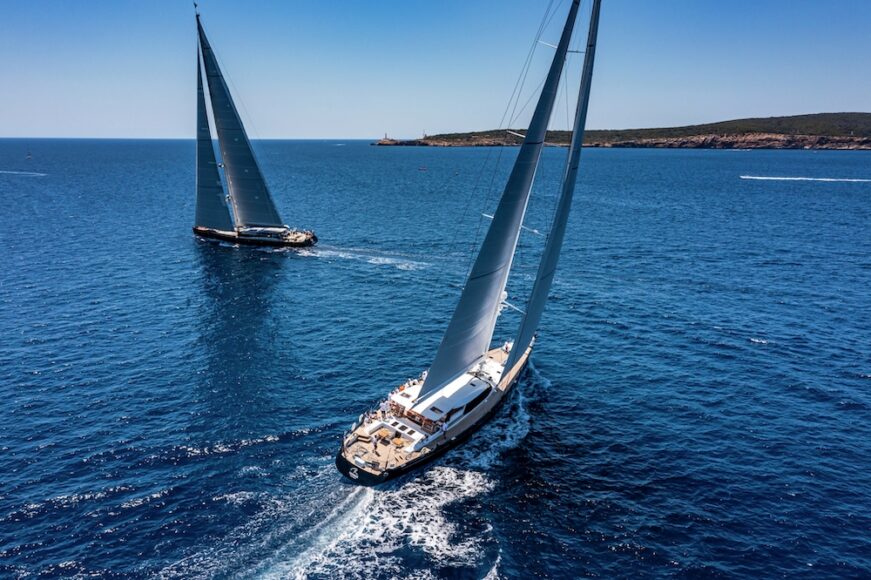 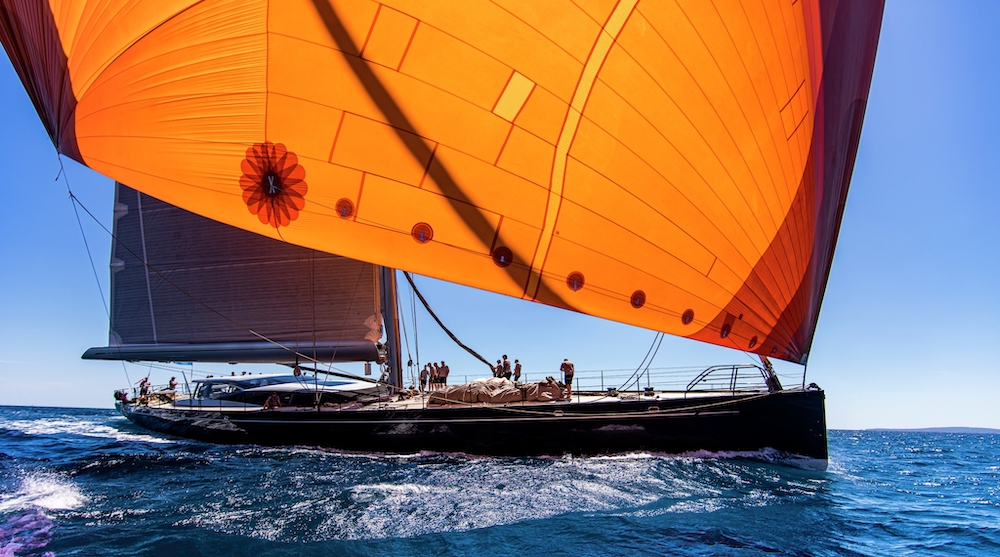 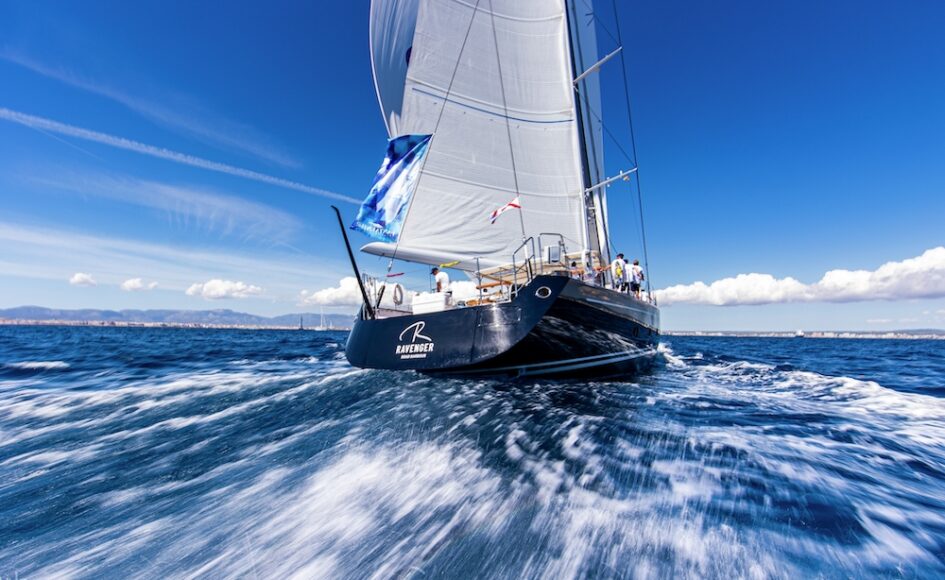 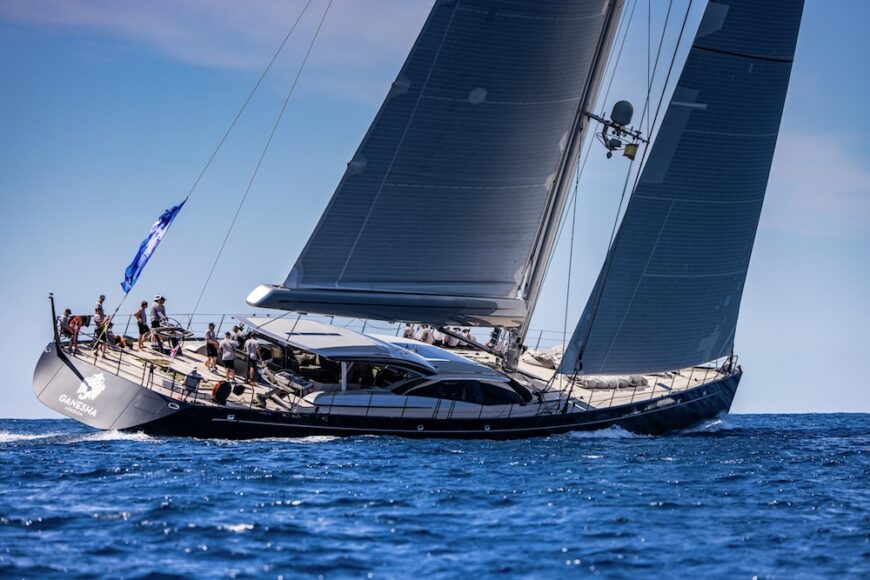 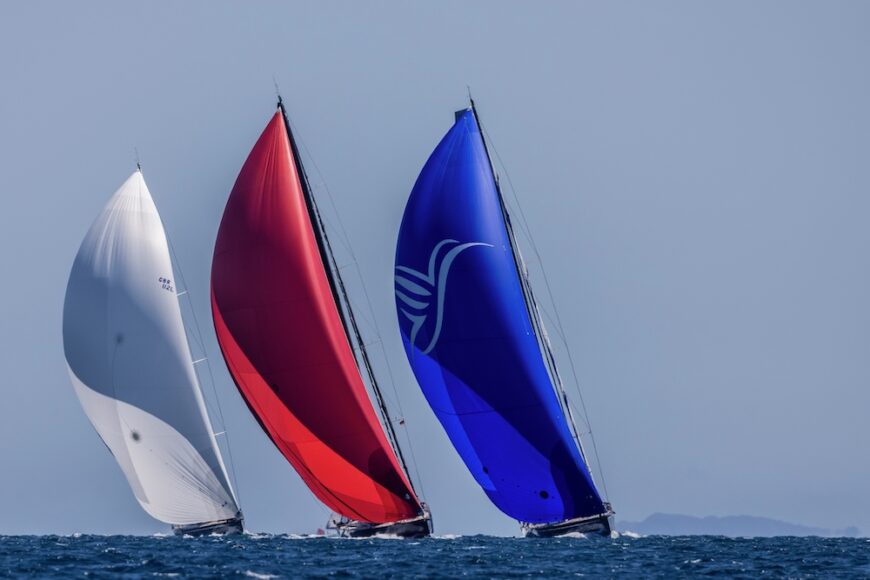 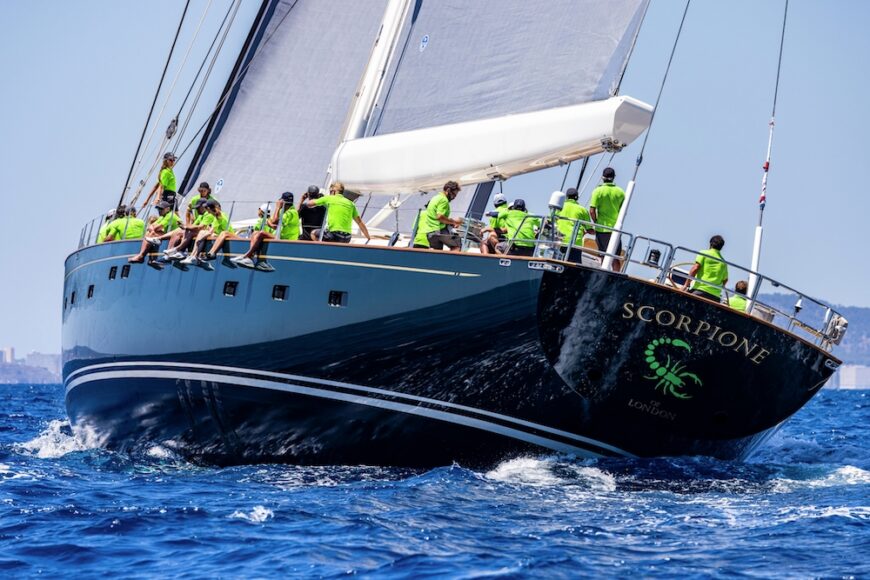 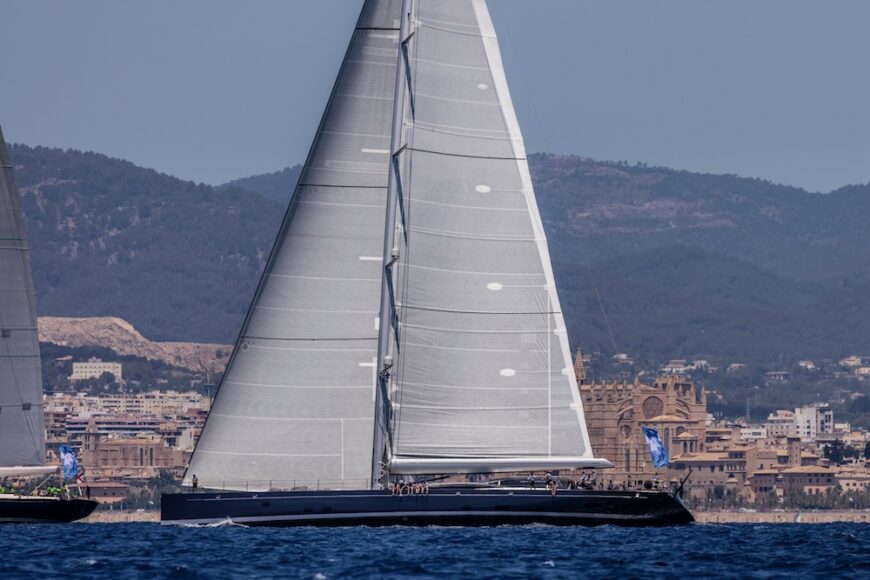 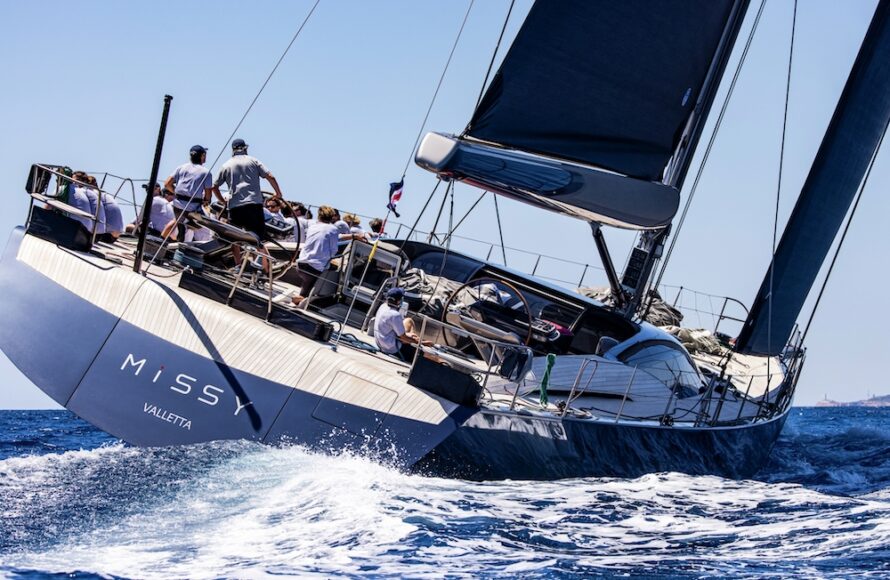 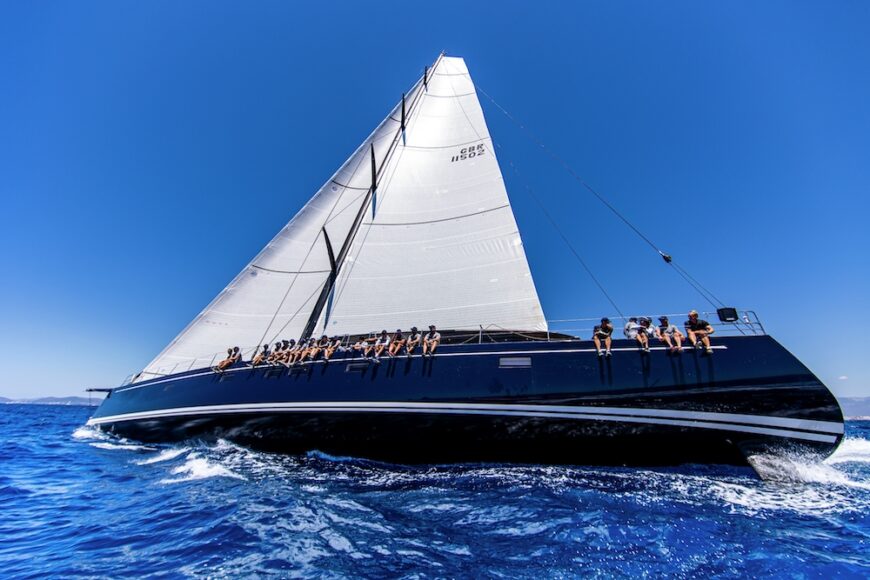 A final day of sublime sailing conditions this summer brought the Superyacht Cup Palma’s twenty-fifth-anniversary regatta to a close. The talk of the event? A first-time entrant stealing the headlines.

Thankfully the twenty-fifth anniversary gathering had successfully adapted itself to the local pandemic requirements, with permitted shoreside activities centred around the iconic Real Club Náutico De Palma in the heart of Mallorca’s capital. The heartbeat of the event remained unaffected, with a striking fleet of nine superyachts lined up for the three days of racing in the unrivalled sailing conditions out on the Bay of Palma.

It has been a long road to get to where we are, but we have got there and are delighted to welcome what is a wonderful array of superyachts to our twenty-fifth anniversary regatta. SYC Event Director Kate Branagh.

Meanwhile, SYC is continuing to celebrate a longstanding relationship with Destination Partner, New Zealand, with further insights into what this extraordinary country has to offer.

They have been appointed as the official tour and travel partner to PRADA Series 2020/21 and America’s Cup 2021. Orams Marine Village is home to a 310-vessel dry stack, international superyacht slipway, vessel repair yard, marine services centre and conference lounge. The 32,000 square metre site is set in the heart of Auckland’s marine precinct and is now lifting with its 820-tonne travel lift, adding to the already extensive capabilities of this leading superyacht yard in the South Pacific.

Whilst a fantastic time was clearly had by all teams on the course, to the victor must go the spoils. The two-class winners were Nilaya and Ravenger, with the latter taking the overall 2021 Superyacht Cup title at the Real Club Náutico de Palma prizegiving. 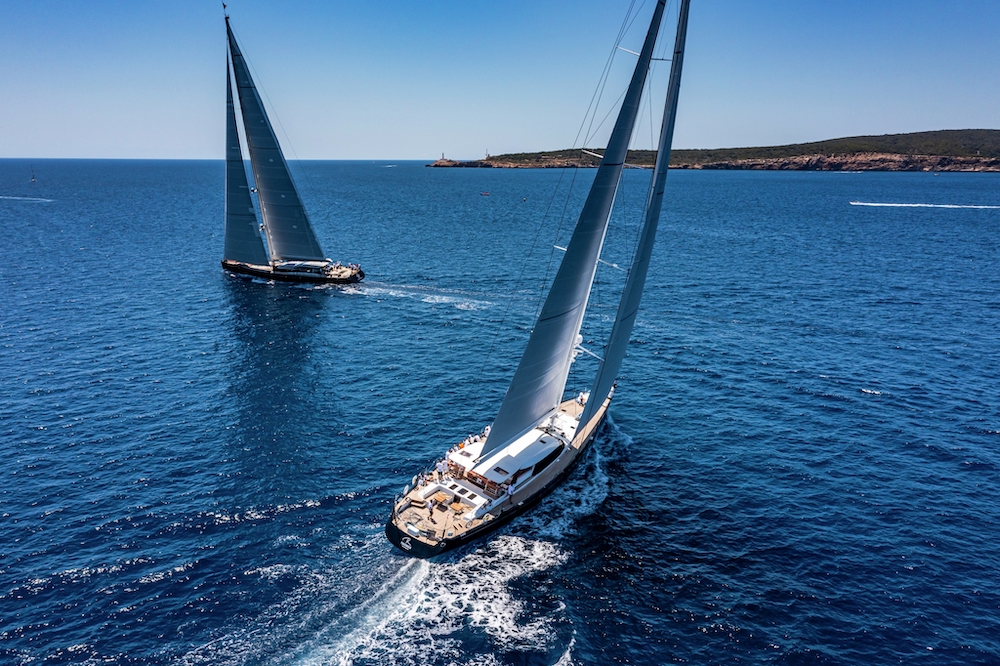 Making her SYC debut, the 43m Ravenger took a clean sweep of victories in Class B despite no racing pedigree and the crew having very limited training time together.

The boat, right off the bat, had great potential. But it had never raced before, and I don’t think it had ever flown a spinnaker before. So it had the potential but we really didn’t know what to expect going into the regatta. I think the key to it was we had some really good sailors in key positions, most notably Justin Slattery on the bow, Simon Daubney as crew boss, and Stevie Branagh as tactician. Things happened at the right time, we didn’t rush things, we didn’t have any foul ups, so we got round the racecourse clean, and then on top of that the owner is just a really good driver, just quick in general – life is a lot easier when the owner is so accomplished. We are all very, very happy. I certainly hope we will be back next year. The owner has had a great time, so I am pretty sure he will want to do some more racing. Navigator Shaun Pammenter of the German Frers-designed, Royal Huisman-built sloop. 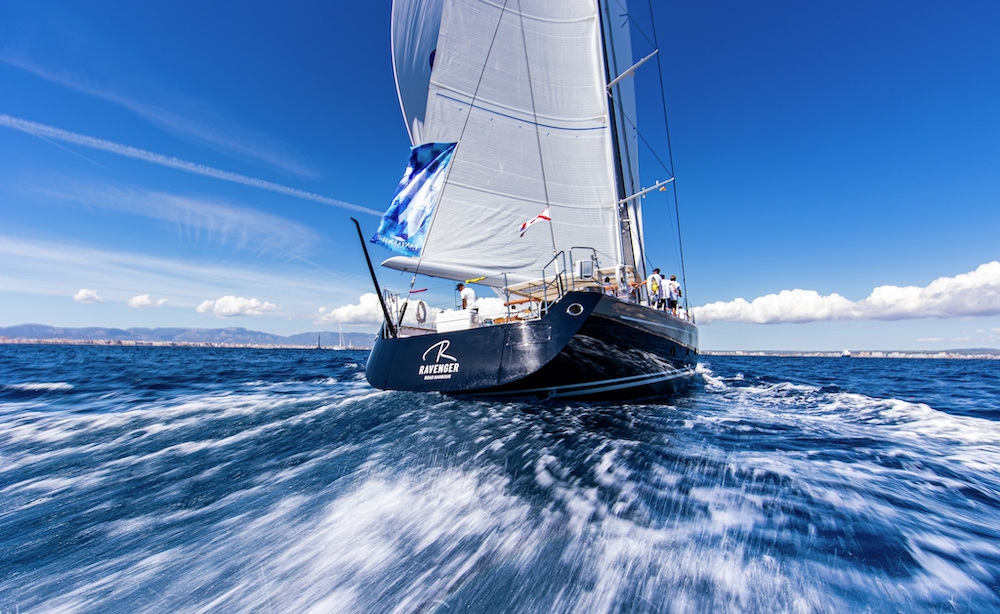 Ravenger took the top place on the class podium alongside Ganesha and Baiurdo VI, with Scorpione of London and Aquarius completing the class.

Meanwhile, the long and sleek Nilaya also took three wins on her way to the top of Class A, only missing out on the overall prize as she was racing in a slightly smaller class.

Everyone is happy with the class win of course, that’s always what you aim for, said Nilaya crew member Bouwe Bekking. The competition has been really good and everyone sailed well. Missy is extremely fast upwind, a real weapon, and Shamanna also – we had some excellent racing. This year has been very different but I have liked it very much, because it’s all about the sailing. Of course, the social part is always good, but here we’ve had the focus purely on the racing, which is the most important thing.

Emphasising the closeness of the racing, Missy and Shamanna finished SYC tied on points, the former taking second place on the countback system, while the Swan 80 Umiko, the smallest yacht at Superyacht Cup Palma, had her best result of the regatta to claim a podium place in the last race.

The final day was also memorable for Shamanna when the 35m Frers designed Nautor Swan won the special ‘Spirit of the Event’ award from North Sails at the prizegiving in memory of North Sails founder Lowell North. Baiurdo VI was also a winner, having produced the best race start at the event. 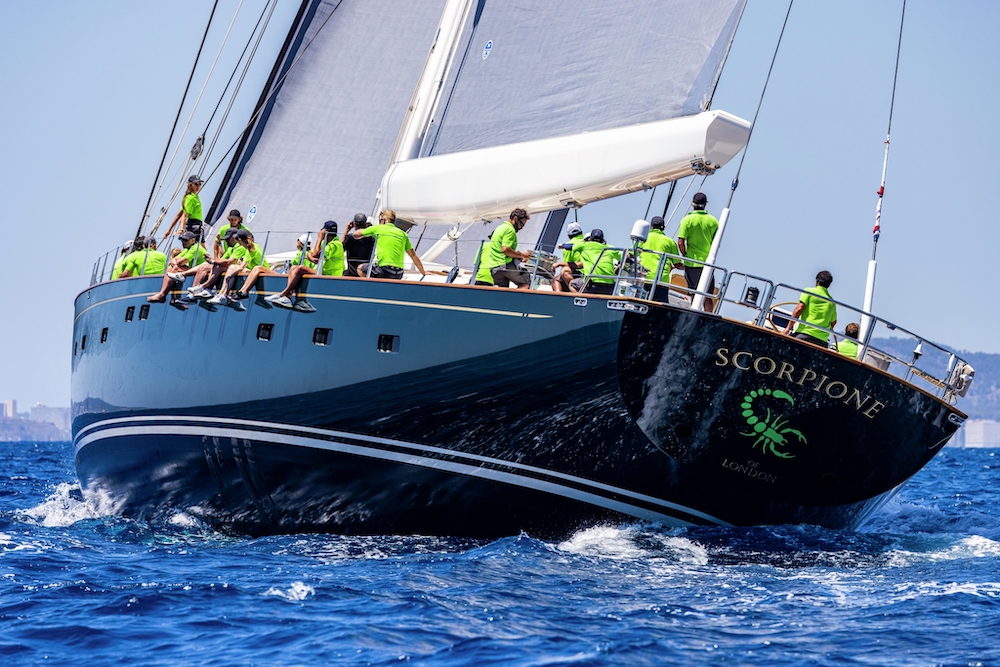 Seeing the final yachts over the finish line at the end of the landmark anniversary event, SYC Event Director Kate Branagh said:

It’s definitely special having a first-timer taking the big prize, great to have a new boat winning, so we are very pleased. All the feedback I have had from the boats has been very positive, so it certainly sounds that everyone has appreciated being able to go racing again and everyone is very understanding of the social limitations and the reasons why we can’t be quite the same as usual. The boats themselves have had a sociable time within their group, so instead of being a party for two or three hundred it’s been a party with 25 of your best mates on board, so they’ve had a lot of fun on an individual basis but just very different to how it normally is. We are hopeful of course that next year we will be able to return to the more usual combination of great racing and a vibrant social scene ashore – and we look forward to welcoming back old friends, and having the chance to make new ones.

Well, I would be remiss if I didn’t say I was looking forward to finally attending in the flesh and watching up close.

It’s a typical grey and overcast afternoon in London when I first meet Thom Evans. We’re in a chic and quirky parlor room at Flemings Mayfair Hotel, and all plans are running smoothly. Thom has been a busy man lately. The rugby-player-turned-model has found much success in the fashion industry, and is now ready to sink his teeth into acting. Thom Evans is a special person; you get that impression from him almost immediately. He has “it”, the x-factor that you can’t teach. You speak to him and feel there’s a quiet yet strong sense of self. And as soon as our tea and coffee is finished, I sit down to…