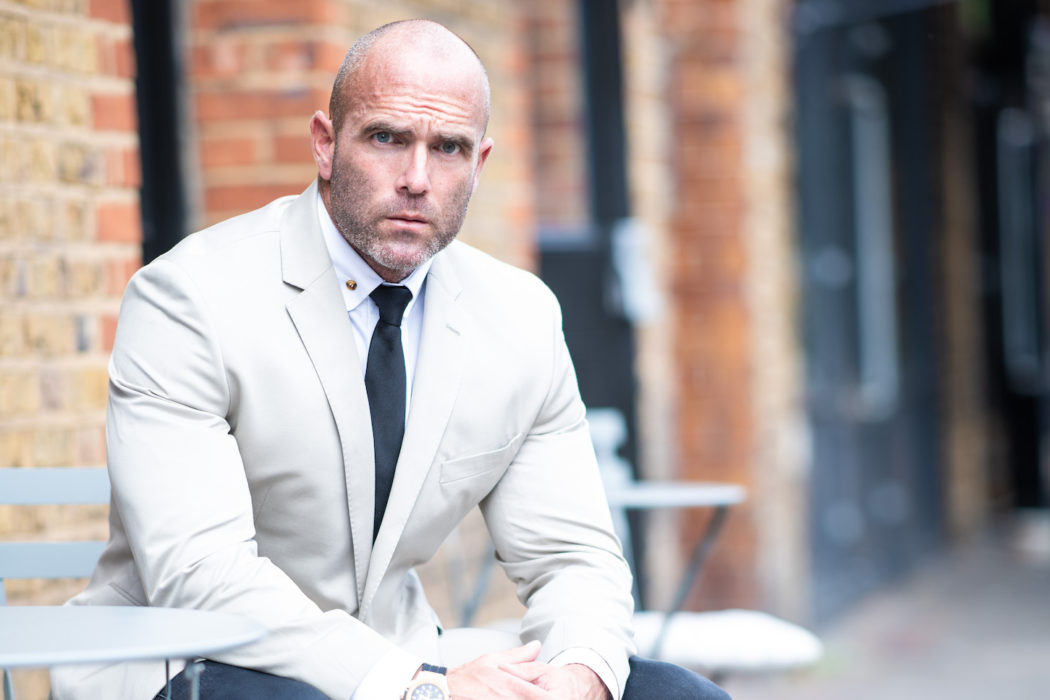 The global market for private security services, which include private guarding, surveillance and armed transport, is now worth an estimated £260bn. Security has, is and always will be a fact of life in an uncivilised world. Having spent the last 20 plus years putting his body in harm’s way, bodyguard and former military operator Simon Newton is definitively battle-hardened. So what does it take to be a close personal protection officer for the great and good?

How long did you serve in the British Army and what elements of day-to-day military operations helped with the eventual move into close personal protection (CPP)?

I didn’t serve that long with the British military, just a little over four years. In 2003, I was on operations in Iraq, and that is where I realised working in the private security industry was something I wanted to do. After leaving the military at the end of 2003, I went straight back to work as a private security contractor.

After several tours, you began working with the Foreign Commonwealth Office in the Middle East. Can you explain how one is chosen for that sort of position?

I had already worked in Iraq for almost 3 years by then, as a private security contractor. I worked on two different contracts. My first two years, I provided protection to a group of US oil officials, working to restore the oil pumping stations across Iraq. My third year in the country was different. Instead of protecting life, I was a member of a convoy team bringing in generator substations to provide power to the communities in Baghdad. This was a Japanese contract with all the substations donated by Japan. It was always a tough job working on the convoy teams, and many of the guys lost their lives.

The company I worked for in Iraq also had the contract for the protection of the UK Foreign and Commonwealth Office (FCO). I applied for the job and was successful. Shortly after I left Iraq, I found myself in Afghanistan, working as a close protection officer to British’s HMRC officers, where we were responsible for mentoring the Counter Narcotics Police of Afghanistan on their operations across the country.

What made you want to move from foreign soil government operations to protecting those in the entertainment industry – and was it a culture shock?

I always knew I was going to come back to London at some stage to carry on working as a bodyguard. When I decided to leave Afghanistan, my first job working back in London was part of the security team for the Dubai Royal Family. In my time working in the UK, I have been asked to look after all different types of people from politicians to high-net-worth individuals, and of course a number of A-list celebrities. 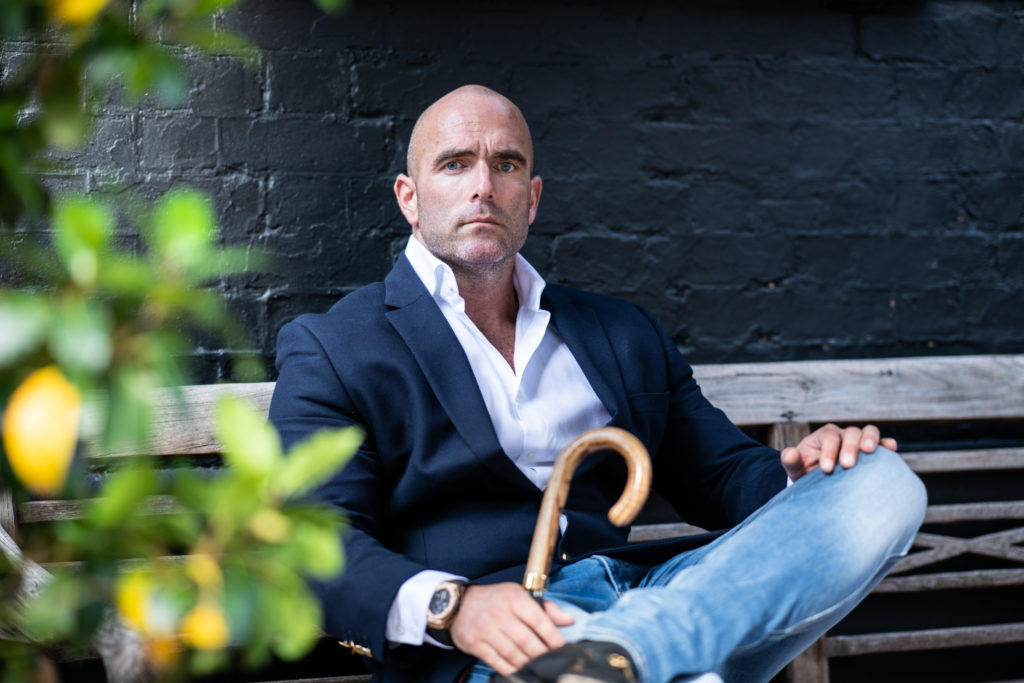 What does an average location check entail for a hotel, villa or foreign soil property?

It really just depends on what country you are working and the threat on the person you might be looking after. Often in the UK, you work on your own. But overseas, you are more likely to be part of a team. There are many things we look at: number of entry and exits, the quality of the hotel security, the use of the loading bay, who else may be staying at the hotel, whether the hotel full or not, what the fire evacuation plan is, and so on. The list can be endless to be honest. It just depends where you are and the level of protection the person requires.

When you’re moving your client from a secure location to a vehicle, what are you looking for in the crowd, threat-wise?

It’s important to always have a look at what you are walking into before you leave a secure location. When dealing with celebrities, I will tell the driver to get the car as close to the exit as possible.

Once again, there are lots of things I would look at before moving someone to a vehicle and each situation is different. Is it night time, is it day time, is the car on a busy road, is there anything at all suspicious occurring in the street. When leaving a building to move to a vehicle, the general rule is keep the distance small and move quick.

Can you tell us, whilst of course removing names and locations, a time when a seemingly secure situation called for a full-scale evacuation or removal of a clear and present danger to a client?

In the UK, very little has happened that has endangered life. Overseas can be a lot different, and in some countries we carry firearms. In the Middle East, there was a number of situations you wouldn’t want to find yourself in – but unfortunately did.

For low risk, such as working in the UK, any type of weapon is not permitted to be carried or used in accordance with UK laws. When working overseas, it can really depend on the contract you are working on, the origin of the person you may be protecting, the country you’re operating in, and what that country’s laws allow you to carry. For example, in Afghanistan, we were protecting UK officials. So the weapons were provided by the FCO for the protection of British Embassy personnel. For that task, everyone on the team carried a fully automatic Heckler and Koch G36 (HKG36) with a Glock 17 Pistol. Each team would also carry an FN Minimi belt fed machine gun. Extra to firearms, we would also have MK13 Flash Bangs to help with crowd disbursement and the MK4 smoke grenade to provide a smoke-screen to cover an extraction or marking your position to air assets if needed. 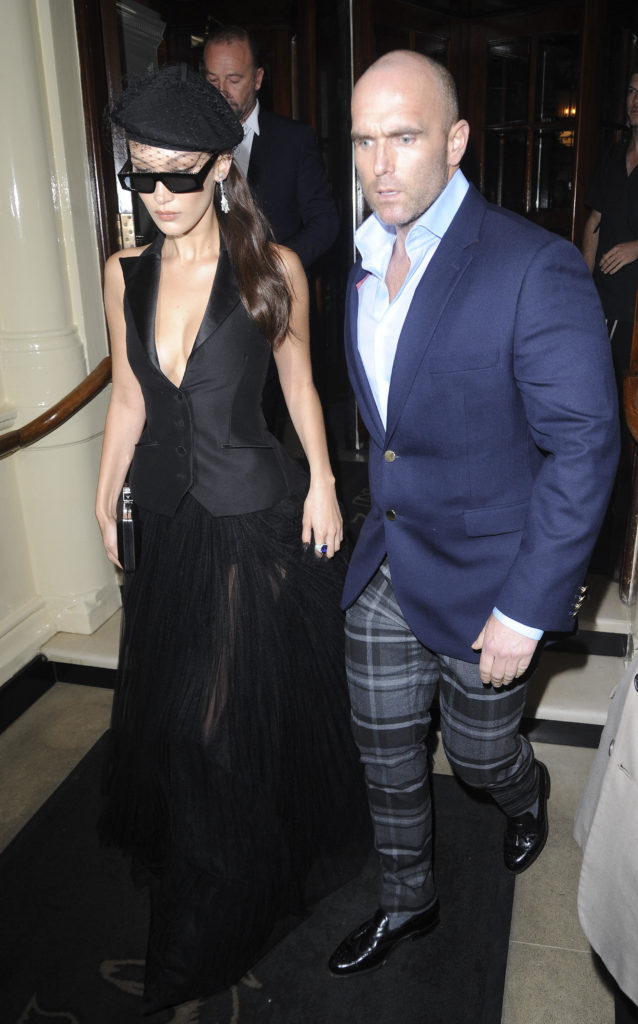 What is your preferred vehicle of choice when transporting a high-risk client? Do you prefer a column of Range Rover Sentinels with blast-resistant glass? Or will you ever be able to beat an escort of armoured snatch Land Rover 110s?

There are very few armoured cars in the world and, more often than not, a vehicle is chosen to be up armoured. This would mean the vehicle has not been factory built as an armoured car. Although up armed vehicles do the job, you often lose some functions you would have in a normal vehicle – being able to open your window fully, for example. Toyota Land Cruiser do a B6 armoured vehicle that has proven its worth on many occasions in Afghanistan. For in and around London with a low threat, a standard Range Rover Vogue or a Mercedes V Class if you have a number of pax.

How much training goes into defensive and evasive driving tactics? Will you likely be working with a team that includes a dedicated driver?

In the UK, we have a driver; a normal A-standard chauffer driver that comes with the vehicle booked for the job. If the threat in the UK is elevated, we may swap the driver for an advanced driver, often ex-serving Met police.
In the Middle East, as we work in teams, we take it in turns to drive. Driving an armoured vehicle is a whole different ballgame due to the weight distribution. All the guys working overseas undergo extensive armoured vehicle driver training programs.

How do you choose when to apply overwhelming force over de-escalation?

De-escalation wins every time. If you are having to react with force, then you could argue you haven’t done your job properly. Obviously on occasions this can happen, but for any bodyguard, prevention is way better than cure.

As we know, working in your industry requires incredible levels of fitness and stamina. Do you vary your fitness and health regime season to season, or is there a standard approach you have taken for years?

I kept a very high-level of fitness throughout my career as a bodyguard; 17 years in total. Currently, my fitness is all based around magazine shoots or what film I may be casting for in the coming months. Most of the training I do now is more for appearance than performance. 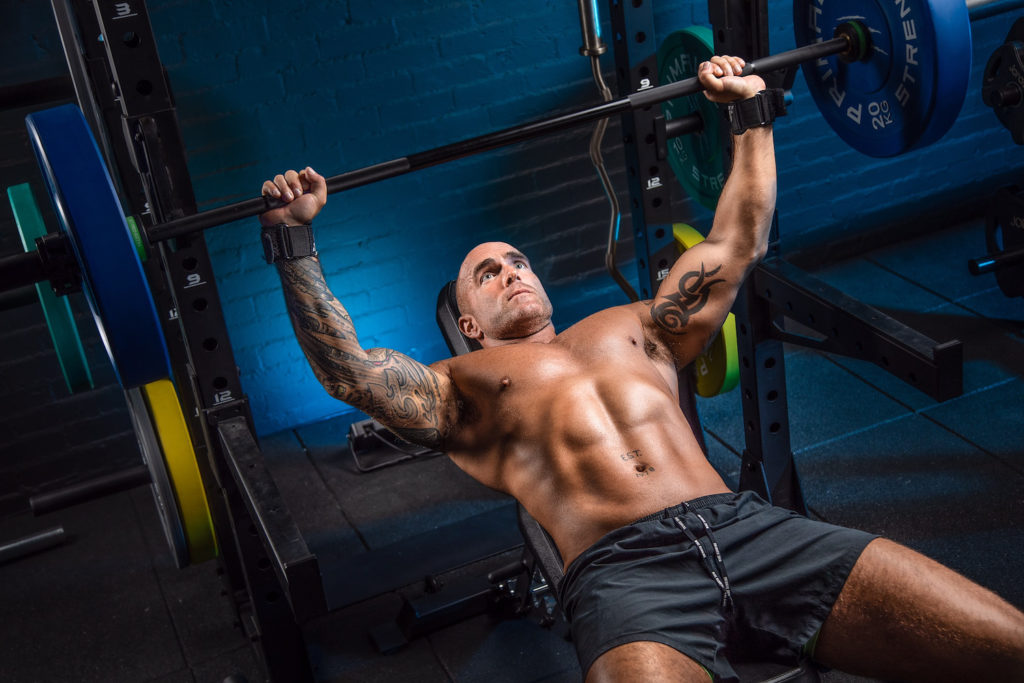 How do you find being in the public eye while protecting people?

I have been in the public light for a while now, with articles in a number of fitness, lifestyle and fashion magazines, and also with the film work I have been involved in over the last 10 years. I finished working as a bodyguard two years ago. This has given me more time to concentrate on my acting career, and I currently have two films to do this year – one in London, the other in LA.

Finally, how do you unwind after work? Single malt, fast cars, good book?

Most of my unwinding is done in the gym. If I’m not at work I’m in the gym, if I’m not in the gym I’m asleep. Often by the time I have done a full day’s work and trained twice a day falling asleep when I finally get to bed is never a problem. On the odd occasion before I sleep, I may have a look on Instagram for half an hour, normally at cars and watches.

Michael Caine. Actor. South Londoner. Legend. And sartorial hero of mine. By the time the second Summer of Love rolled around, I’d been a punk, a breakdancer, a psychobilly, a skater, a BMXer, and a hippy (one of my better looks, given my long curly locks at the time). But as my peers boarded to The Farm’s Groovy Train, I found myself wanting ride to T-Rex’s White Swan, delving deeper and deeper into the psychedelic 60s and, ironically, became more interested in the first Summer of Love! And so it was, along with my discovery of all things psychedelic and groovy, that I developed a penchant for the films of…