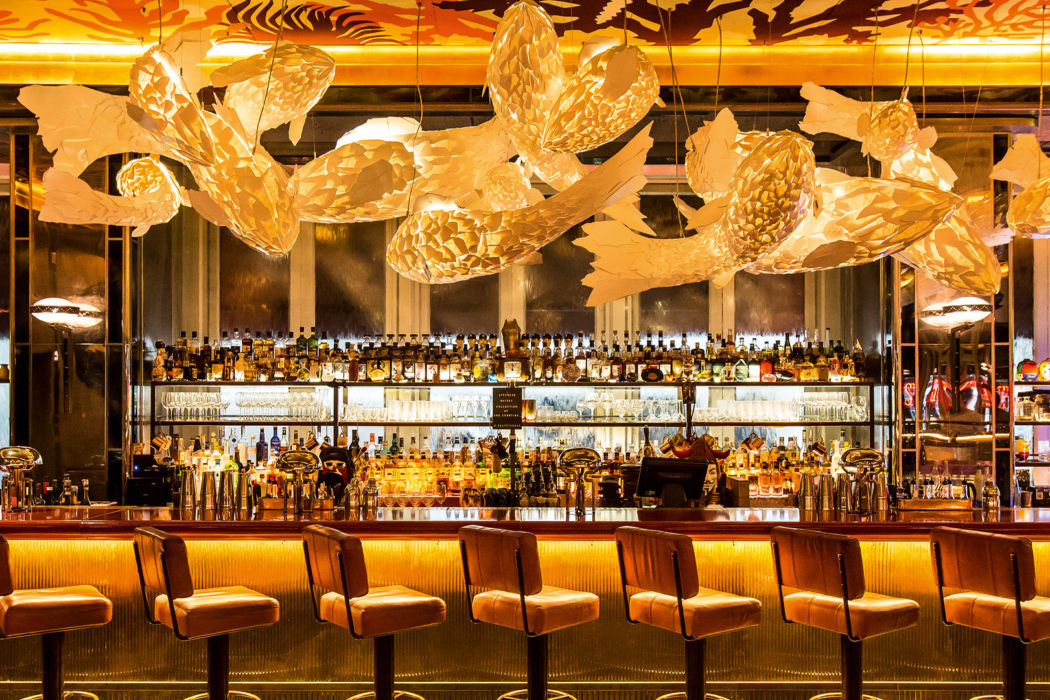 “Is the astronaut’s helmet going to stay on?” I asked Jasper, the director.

“Yes, it’s been bolstered with bubble wrap,” he replied.

It didn’t. It rattled around the aerialist’s neck during the more dramatic scenes, in a way that would make a national space agency ashamed. Hackney, we have a problem. My only moment of respite was lunch, which was the hastiest of affairs from a fast food outlet that shall remain nameless. Spicy chicken – draw your own conclusions. I took fifteen minutes to stand out in the frigid winter cold, enjoyed a Marlboro and headed back in with the renewed zeal that only comes from nicotine. The crew were adamant they were packing down by 4pm. I didn’t see it happening. I had dinner reservations, so even if I was right, I was leaving the set at 5pm bound for Mayfair.

Sexy Fish. Yes, there’s the name. It opened in 2015 to appropriate pomp and ceremony. Enough’s been said about its ownership, its cost to build, and its patrons. It rapidly became a Mayfair institution, that much we know.

I heard about the latest addition to Caprice Holdings through old friend, Julain Sahut, formerly assistant head sommelier at the Dorchester’s China Tang restaurant. Sahut would be moving shop to Sexy Fish to eventually become head sommelier. A great wine list alone wouldn’t be enough to make me cross the country; the man himself might be. As I was in London anyway, it was a moot point.

The first hurdle when travelling to the city for supper is parking. It’s cataclysmically difficult. It has been for decades, but Berkeley Square specifically is a nightmare of EuroPark proportions. You can, of course, arrive on foot, or have your driver circle Mayfair then fold you back into the Phantom at the end of the evening. By the grace of God, Greg spotted an ample space by the green. Naturally, we were incredibly suspicious. A parking space, in Mayfair, on a Friday night. Neither of us initially had the hubris to go for it. I assumed it was some form of new TFL ponzi parking scheme. Naturally, we caved, knowing that another lap of the square could be a 20-minute exercise.

Considering how prime its position on the square is, the exterior is rather understated. Though the interior decor is about as dramatic as anything I have ever seen. The floors are made of rare esmeralda onyx marble imported from Iran. There’s a large shoal of Frank Gehry fish lamps above the red stone bar that are guarded by some rather buxom bronze mermaids from Damien Hirst. Interior designer Martin Brudnizki has curated the interiors with Art Deco light fixtures, coral-coloured leather banquettes and a sizeable ceiling mural that covers the 190-seat restaurant. It’s bold and I, for one, rather like it. After all, dinner is not what you do in the evening before something else. Dinner is the evening.

Having spent most of my afternoon being both negotiator and eye-roller in chief, I required a libation, ideally served by the yard. Instead, I opted for a slightly off-piste ‘Clog Nine’. Applewood infused gin, Absolut Elyx vodka, jasmine and coriander seed cordial sūpāsawā and Mount Fuji bitters topped with soda water. “What’s it like?” boomed Greg over the music. “Order one and find out,” I replied. I have what could be deemed as a passing fancy for fine liquor, but I just don’t have the certainty to be able to produce something that complex with thine own hands. Rather than try one of the 400 bottles that make up the world’s largest Japanese whisky collection, I stayed with the Clog Nine all ‘aperitif’. That’s as good a seal of approval as I can give anything when the alternatives are that hallowed.

With two cocktails under our belts, it was time to peruse ‘the list’. The champagne section is heavy on prestige cuvées like Salon’s Le Mesnil 2002 and Bruno Paillard’s Nec Plus Ultra 1996. There is also a methuselah of DP 1995 if you’ve just initiated a coup d’état and conquered a small country. Not to mention 10 fine wines served by Coravin like the Château-Grillet 2007 and a list of first growths culminating in a 1982 Latour.

We opted for a bottle of Egon Muller’s Chateau Bela Riesling to formally start proceedings. Full disclosure, this was entirely the sommelier’s choice. I was running low on leadership prowess, so opted to let the professionals flex their indubitable knowledge. Some might find that a little difficult to come to terms with. So, to add insult to your perceived injury, we did exactly the same with our supper order. Of course, the trouble with letting your waiter choose your dishes is that 5 or 6 days later, you’re hungry again. With a menu that could be defined as fervently Asian, cross-continental influences range from Thai to Japanese, with some Chinese and Korean flavours applied for good measure. Dining out is like love. It should be entered into with abandon or not at all. I intended to see exactly which foot the team at Sexy Fish elected to put forward. 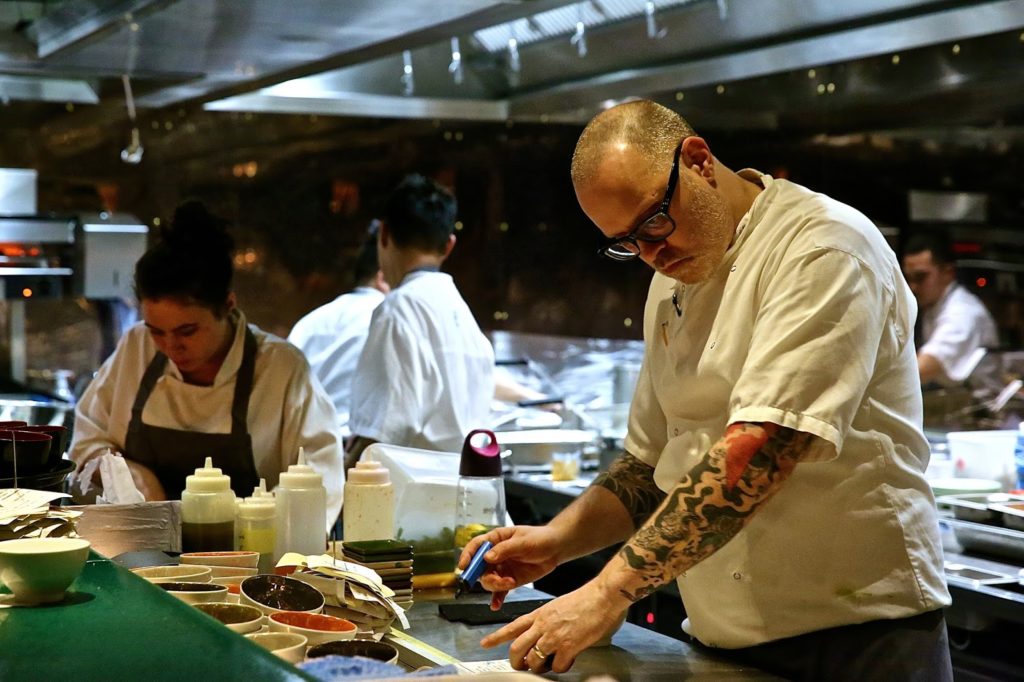 The first dishes to arrive were duck watermelon salad, a sashimi platter, salt and pepper squid, and sliced turbot. I smiled at the waiter as I phoned ahead for my gastric band fitting. I sensed this was only the beginning, but welcomed it with open arms the way a basset hound would, should it find the larder left open. You’re unlikely to find a better sashimi selection at any other London restaurant.

With our initial dishes dispensed with predictable speed, we moved onto the next culinary crusade. Beef gyoza, an incredible truffled carpaccio, Isle of Mull scallops with jalapeno sauce, miso glazed Chilean sea bass and wagyu beef with black truffle. I was staring up at Everest thinking ‘I am not sure I have the right shoes for this Tenzing’. Arguably my calorific intake for the day had been subpar, but this was like performing open-heart surgery with a cricket bat.

As we reflected on life moments before we decided to recreate the last supper in the middle of a Mayfair restaurant, Greg laid out a decisive plan. “Red?”. “Yes, red indeed”. Cue a bottle of the Il Fauno di Arcanum Merlot. In the briefest of moments, the sommelier had secured our next oblation and I had managed to summon the strength of character to consider my next dish. The miso-glazed seabass (not wanting to offend the wagyu cattle) was inspired. Delicate and delicious. The carpaccio was so light, like it was cleft by the gods themselves, then enthusiastically truffled into submission. The meal was akin to the last days of Rome; a war with only a knife and fork for defence.

As we sat back for a moment of respite, I decided this was the perfect moment to introduce to Greg what is claimed to be the world’s largest coral reef tank in the restaurant’s private dining room. It holds 15,000 litres of water and, at some point, I will find an opportunity to put it on film. That’s going to be a fun day for the key grip. 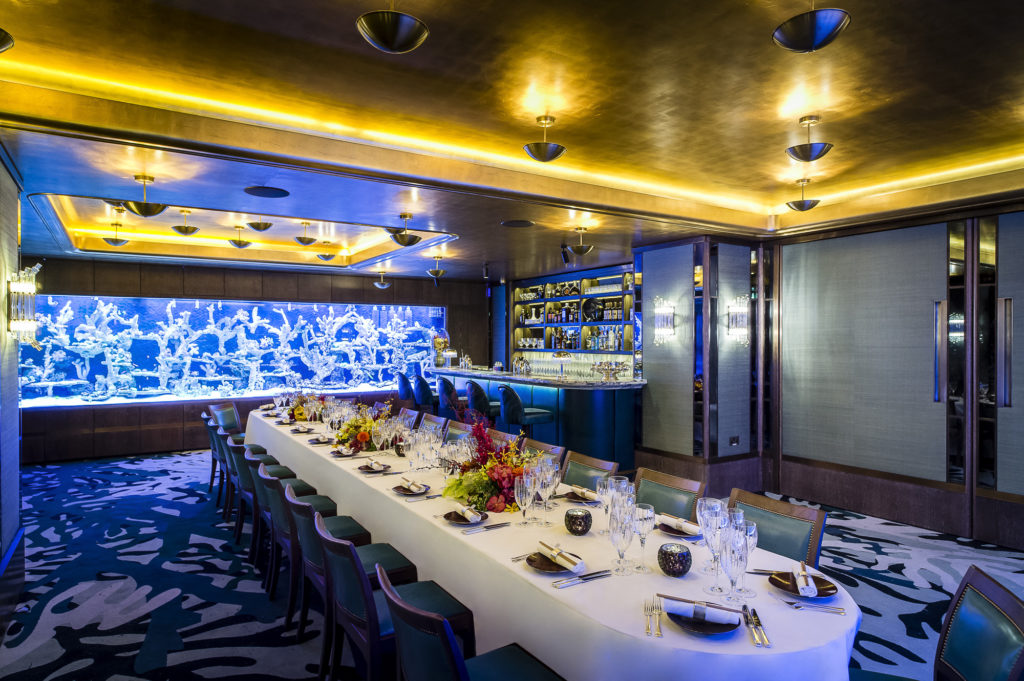 When we returned, the DJ had decided it time to up the BPM and was headed into a full Bâoli-grade house set. What laid in wait for us at our table was a large vanilla cheesecake with strawberry and golden lime sorbet. All set atop a solid silver plinth. By this point, we were starting to garner attention from the restaurant’s other patrons. With a three-hour car ride on the horizon, I grasped my fork. It seemed like the right thing to do – and it was. Their pastry chef is every bit as gifted when it comes to matters of butter and cream as the rest of the kitchen team.

Whether attending for a post-work glass of fizz or a banquet (for two in our case), I am a huge, drum-banging fan of Sexy Fish. Given that it’s been open since 2015, and is a Mayfair institution, evidently so are you. So, I invite you to ‘moor up’.

11 Tips To Keep Your Hair Healthy

We all want our hair to look great if not stunning. However, for that to be within realistic reach, your hair needs to be kept in really healthy condition. Whilst booking into the salon for a professional haircut is the obvious first step, no salon treatments, hair masks, or stylish haircuts will do more than regular maintenance. Dirt, dandruff, and excessive scalp buildup can lead to hair loss and other major hair issues. Unfortunately, all of these can also be caused by improper home care. Irregular washing, frequent styling, wearing tight ponytails – if you’re guilty of any of those, you might be inadvertently damaging your hair. If you want…