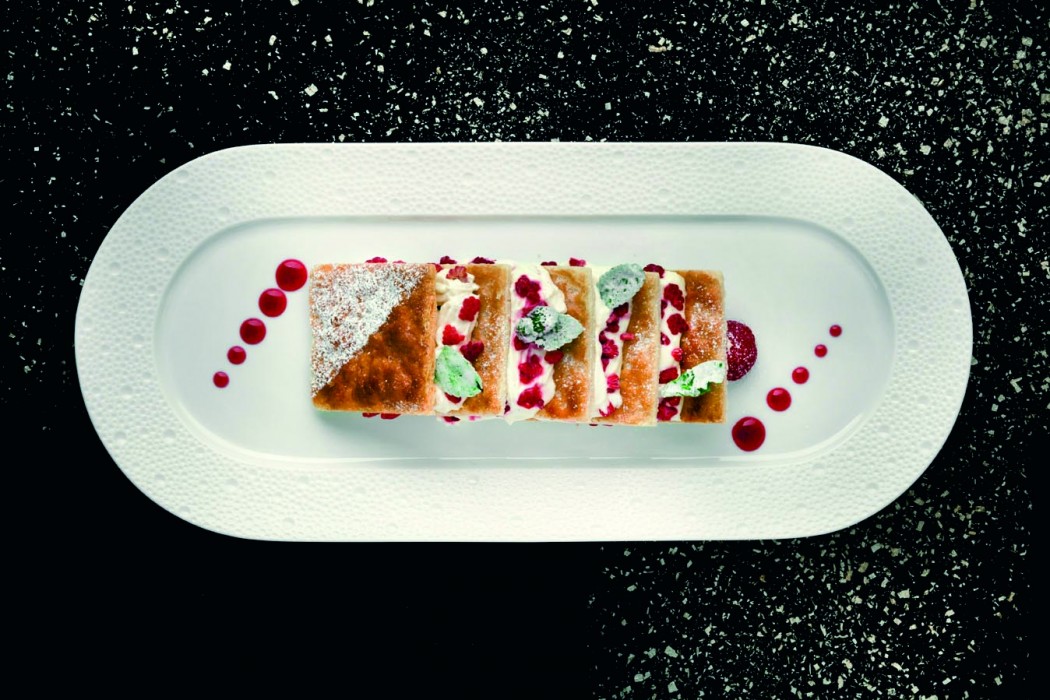 I remember watching the restaurant scene in the opening of American Psycho in my late teens thinking, ‘I wonder if the Upper East Side is actually like that?’ ‘Are the plates really the size of a platter?’ ‘Is the food symmetrical?’ ‘Do the waiters still serve the dishes with silver service perfection and in unison, like well-rehearsed Russian synchronised swimmers?’

When I perused the menu for Quattro Passi, I decided that it would play host to 2015’s fabled editorial meeting between myself and The Review’s Editor-in-Chief.

One useless piece of information: rarely do you meet an individual with such a diehard appreciation of only one cinematic genre (horror). Laith Al-Kaisy and I have never really been able to share interesting conversations about cinema or music. Our discussions are exceedingly clipped these days as our diaries fill with even more work and life commitments. So the opportunity to sit down, dare I say face-to-face, and gorge ourselves whilst considering the year was always going to be a salubrious affair.

My first concern, of course, was where the hell I would park a Rolls Royce Phantom on Dover Street. Mayfair is not renowned for its parking. Luckily a space opened up right outside the restaurant. I felt more comfortable having it close as it was loaned to me by the lovely team at Rolls Royce for filming that week.

Upon entering the restaurant, our first port of call was confirming our reservation. This perhaps took a little longer than it should have. Was it in my name, Laith’s name, was there one at all. Having just agreed to take a seat and consider the menu, it wasn’t long before they worked out who we were. Not that we demand a certain notoriety, of course, but when you make a reservation for 7pm, you don’t want your name sullied by an administrative no-show.

For those of you not au fait with the timeline of two-Michelin starred chef Antonio Mellino, he graduated from the Naples Hotel School in 1974, worked as a waiter on cruise liners and after working in kitchens around the globe, opened Quatrro Passi on the Amalfi coast in 1984.

Two Michelin stars later, and with the help of some Ruskie investment, Mellino has opened up Quattro Passi in London, the aim being to bring the same Italian fine dining to our fair shores with a focus on dishes from the Calabrian coast.

It’s hard to not do the due diligence when making a restaurant reservation. I like to make my own assertions and then find out what the media lovies have to say. As it turns out, they have mixed thoughts. Interiors seem to feature highly.

My preference is a dimly-lit affair where you can barely make out the other diners. Preferably with a few feet of concrete in between tables and a few liberally-placed World War 2 mines adorning the no-man’s land. Quattro Passi, however, and possibly the Italian dining affair altogether, harks back to a time of unity and family.

The restaurant is, I am told, laid out over two floors with a private dining area and members club below. I didn’t see this, however, so it could have just likely been a cold storage area for tulips. We were very much centre-stage on the ground floor, and having plumped for a reservation at 7pm, we were not likely to be doing any people-watching. I read somewhere that Quattro Passi’s prices were a little high for Mayfair. That is something worth thinking about, given that Mellino and his sons import over 90% of the produce. The fish is sometimes ordered during the night and delivered the following day. I am happy to pay for a fish delivered to my plate from the Amalfi coast, and so should you.

We opted for the beef carpaccio with rocket salad served with nuts and Mediterranean sauce, langoustines flavoured with ginger and served with a blueberry coulis, and a glass of champagne. Try to arrive in a restaurant and order an aperitif, people. Some pinnacles of polite society need to be readopted. How was it? Simply put: perfect.

We moved to an Italian Chianti for nostri secondi. The glassware felt so great in the hand, I spent a week finding it online and ordering some.

We ordered the wild sea bass fillet served with fennel, black olives and mint sauce, and the rack of lamb on hazelnut, cocoa and dehydrated raspberries crumble. Now, if this is all reminding you of American Psycho, that’s you and me both. This is what one can usually expect in a two-Michelin star restaurant: pomp and ceremony at its finest.

I decided that the whole meal would be well capped off with the warm orange tart with bitter chocolate ice cream, and a double espresso. I forget what Laith ordered. Probably dates and coffee.

Quattro Passi has whet my appetite to visit their founding restaurant in Italy. Let’s see if we can’t get it on the books for 2016.

With the editorial calendar planned for the rest of the year, we headed out into the London night and into the Phantom. And if we’d ended up in a nightclub, we could have easily been in Scene Two of American Psycho.

Celebrations are still on ice for the hospitality sector, even as Freedom Day looms. Susannah Streeter, senior investment and markets analyst at Hargreaves Lansdown, looks at what this means for investors.