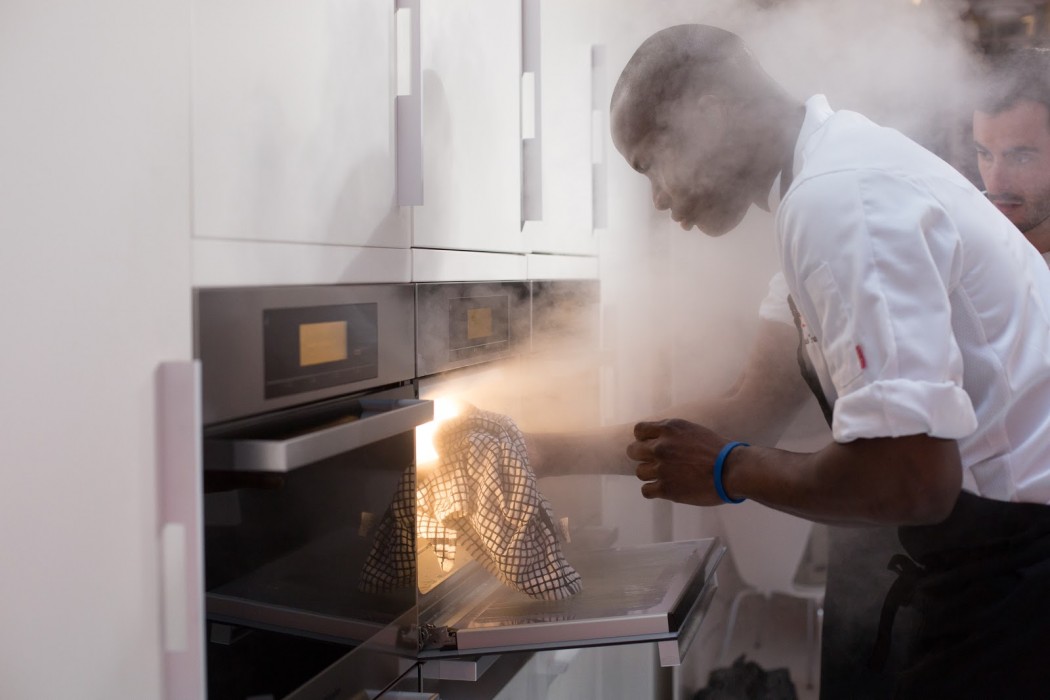 Frederick Forster joined Prescott & Conran in July 2012 as the head chef responsible for Boundary Restaurant, and Boundary Rooftop Bar & Grill. Earlier in his career, he won the Roux Scholarship, before going on to win the prestigious Craft Guild National Chef of the Year Award in 2011.

What is the philosophy behind The Boundary Restaurant?

Our philosophy is to produce consistently high-quality French based food using only the best and most authentic ingredients available in the UK and from France, creating dishes with simplicity and techniques that are representative of a first-class establishment. Seasonality is key, with the main ingredient of a dish always remaining the focal point.

What are the key factors of running a successful restaurant?

First and foremost, ambition is key. You can have a great product, but correct planning, passion and dedication from yourself and within the team is essential to helping you promote this product.

What dishes are you proud of and why?

I love the current scallop dish on the menu, Noix de Saint Jacques: seared scallops with Morteau sausage, simply because it is a well-executed dish that takes two quality ingredients and treats them with respect, without the need to playing with them too much. The “petit sale” on the menu is another favourite because I like taking inexpensive cuts of meat and making them into something special.

How would you describe your dishes?

Classic with finesse. I try to focus on technical excellence, without losing sight of the most important thing — which of course is taste.

How do you think food has changed in Britain?

Over the last few years I think we’ve seen a greater interest in food, and particularly a rise in the number of people cooking at home. I think this is a result of the numerous cooking programmes on television. Food in Britain has also become a lot more accessible to the public, following the rise in the number of markets and stalls that sell great artisan and home-grown products.

Whose kitchen had the most impact on you?

Working with Raymond Blanc in Oxfordshire was the place that had probably the greatest impact on me. I started there straight after college. It gave me the foundations and the discipline on which to build my career.

How did it feel to win National Chef of the Year?

Winning national chef of the year felt great as I had been in the final twice before, so it was a huge personal achievement when I won. It has changed my professional life too, giving me greater confidence and an increased respect for the trade.

Best meal as a child?

How about any favourite chefs?

Raymond Blanc, the Roux Brothers, and Thomas Keller — to name a few. Are there any other projects you are currently working on? For the moment all my focus and energy is on Boundary.

Having worked in the luxury and finance industry for some years now, I’ve worked with a number of property companies. A lot hit the mark and offer you and your companions access to properties in the far-flung reaches of the world. Many, however, are middlemen offering luxury villa bookings as a go-between. The reality is that only a few stars shine brightly. Finding a company that is right for you takes time and will no doubt become your lifelong travel consultant. In our quest to bring you the best of the best, The Review sits down with what we consider to be one of the best luxury property provider and…