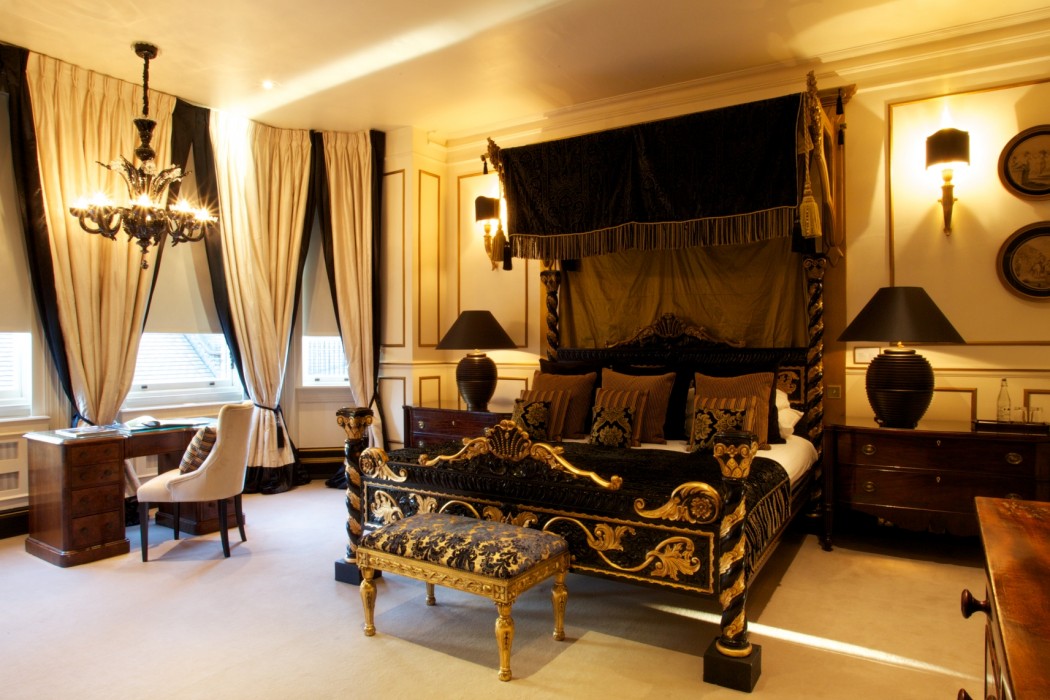 When our editor in-chief wrote “Reviewing top end hotels is a pox of the profession” earlier this year, he was right. My perception of what an exceptional hotel is has changed dramatically over the past five years. I used to be pleased when the check-in desk ork knew my name. Now I expect a fanfare on entrance and an en-suite with sinks overflowing with Chanel, whilst a suitably tailored gentleman complements me emphatically about my Aspinal luggage.

Life has changed in many ways.

Life in Knightsbridge, however, hasn’t changed much since serfdom. In a quiet corner of South Kensington you will find No. 11 Cadogan Gardens, built in the 19th century on a former cricket ground by Lord Chelsea. Well, obviously not ‘by’ him. I’m sure the serf’s helped.

It isn’t often I will schlep up to London for a hotel review. Even though London is frequented by millions of tourists each year, I still find it hard to see it as a getaway destination. There is always the inevitable toss-up between the prison camp conditions of the tube or the high-risk financial investment of a cab from Paddington. So, this time around, I decided to beat the system by driving. At least if i was stuck in traffic (having paid Boris his dues), I would be able to listen to my own music with the roof down.

As i arrived in Chelsea, I realised that parking in the borough is the seventh circle of hell – perhaps something I should have enquired about when I made my reservation. I, however, found a place for the car overnight at a local hotel owned by Dubai Holdings – for free. Thats a trick to save £150 a night that only a few people know.

Hand in hand, I strolled back through Chelsea with my partner, admiring the various eateries and boutiques. As we ascended the stairs to No. 11, we were greeted by some rather well-dressed staff from the hotel, who were more than eager to release me of my leather goods. Two cows lighter, we made our way to the discretely-placed reception desk, acquired our keys (yes, keys), and made our way to the Red Room. Cue a deluge of red velvet, red murano chandeliers and a beautifully-dressed four poster bed. Quite. The. Room.

We weren’t devoid of mod-cons though: flat screen, iPod dock, safe, hot and cold running water, windows and breathable oxygen. I think it is pertinent to include the modern touches, but to remember that, these days, a televisual device and a place to park your Steve Jobs kit is standard. What certainly wasn’t standard was the Regency art work, probably featuring past owners. Louis XV style furniture meets brocade upholstery.

I refer to my earlier point: London isn’t a getaway destination for me. Well, I was prepared to have my mind changed. I poured us a glass of champagne and decided that a stroll around the hotel was in order. The mirrored room is a thing of true beauty and the perfect place for any suitably swish private event. The property used to be three separate town houses, but now features 54 rooms, three apartments, a bar with well versed barkeep, two private terraces and the most knowledgeable concierge in all of London.

Richie Long was the winner of the Golden Keys concierge of the year award back in 2011. He won the competition by fulfilling a request for a camel to be bought to the premises. No mean feat.

That night we were headed to an event on The Strand. So, dressed to the nines, we left the hotel and stepped into the Phantom, headed for cocktails and a cold Thames night view.

Sometime later and several cocktails deeper, we headed back to the gardens for dinner in the Tartufo restaurant. A haven away from the madness of the city. The lunch menu includes chilled watermelon and red pepper soup; warm peach and grilled scallops with radicchio leaves and wild rocket; crunchy pork belly; and parsley and garlic marinated Atlantic cod – to name a few.

We were, however, here for dinner. The first thing that strikes you about the restaurant is the thousands of photographs that adorn the walls of 80s celebrities at various night haunts. Some of the images will cause a serious double take – for instance, David Bowie and Grace Jones riding an elephant whilst holding a trumpet in the air.

The restaurant is run by Manuel Oliveri. He began his career training in the kitchens of Gualtiero Marchesi’s Ristorante di Erbusco, under head chef Andrea Berton. He went on to positions with Paulo Teverni at Ristorante Teverni and Nino Graziano at Semifreddo Mulinazzo.

The menu is simple yet elegant and seems well balanced. I opted for the grilled Scottish scallops with crunchy fennel, long radish salad, pine nuts and a coral jus.

The highlight of the meal was the side of black spotted pig. The new season leeks were slightly burnt, giving a smoky fresh taste. I highly advise you to opt for the cheese selection when dining at Tartufo. Manuel Oliveri has chosen a 32 month old aged parmesan and pecorino that makes you yearn beyond reason.

Dinner finished, coffee drank, belt loosened, we headed for slumber in our four poster bed to dream of one day owning an apartment at No. 11 Cadogan Gardens.

Cast your mind back to the late1960s. Lino Manfrotto was a photo reporter for Il Gazzettino and Il Giornale di Vicenza in Bassano del Grappa. Like many fabricators, inventors and innovators before him, he struggled with the industry standard of equipment he was using during his advertising shoots. With the help of a collaborator, Lino Manfrotto, he made his first products, including a light and sturdy lamp stand, that was finally high enough. For a couple of years he produced just a few pieces to meet the needs of his photographer friends. Later he decided to present them on an international level, obtaining his first significant order from a Swiss…