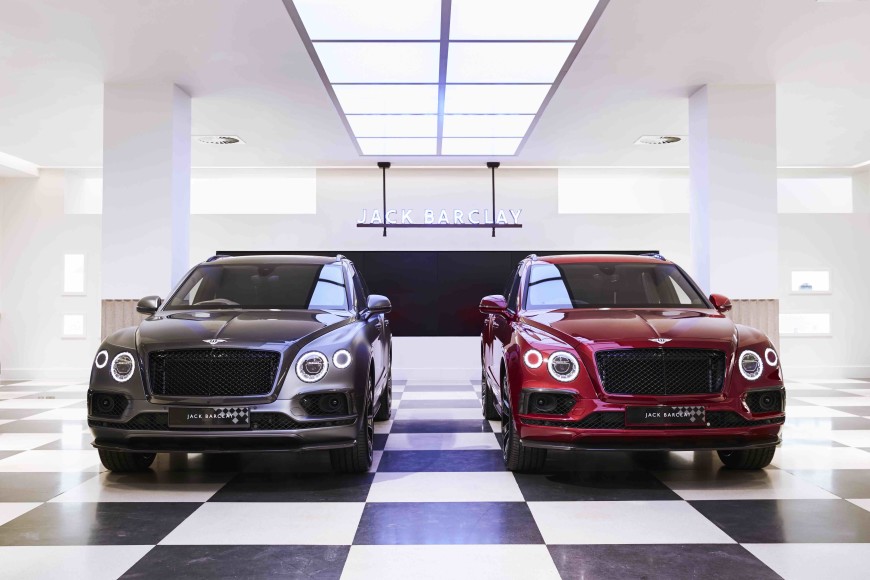 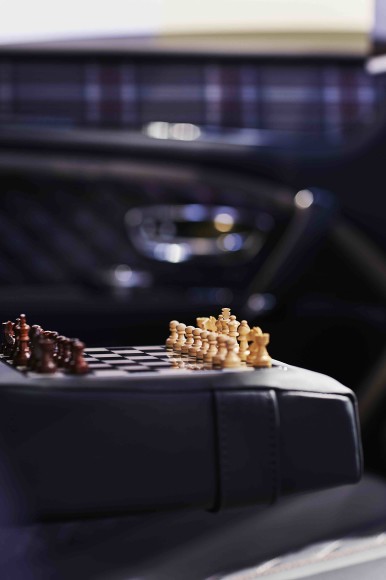 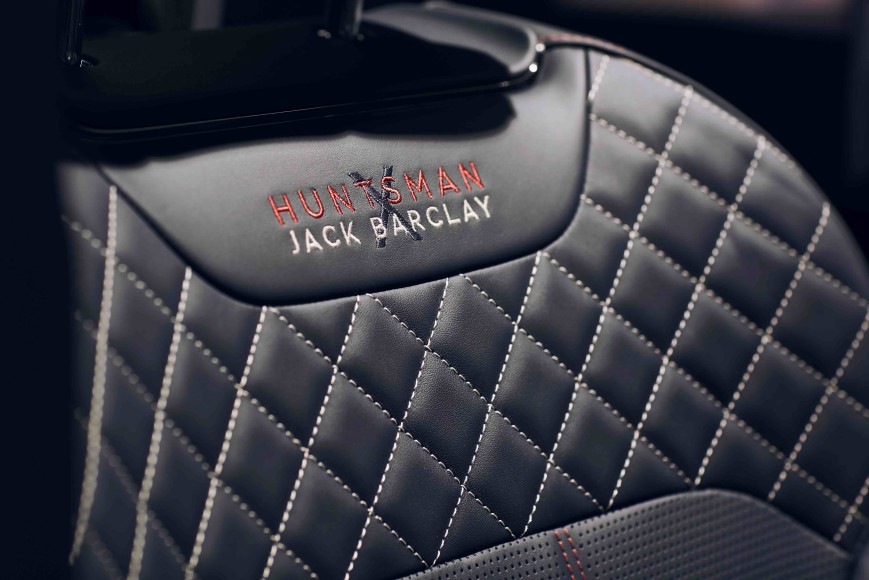 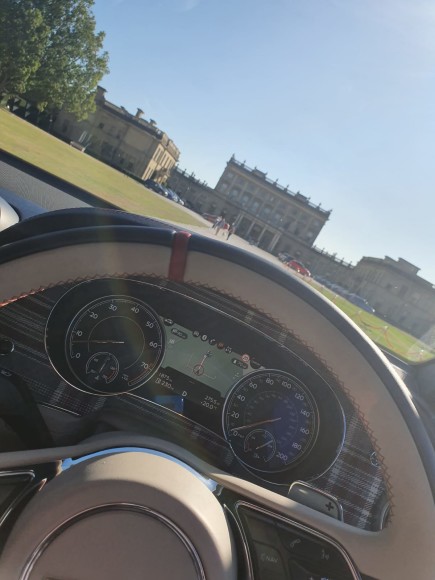 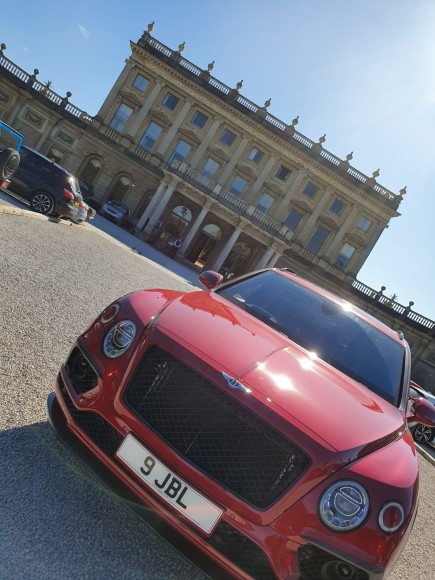 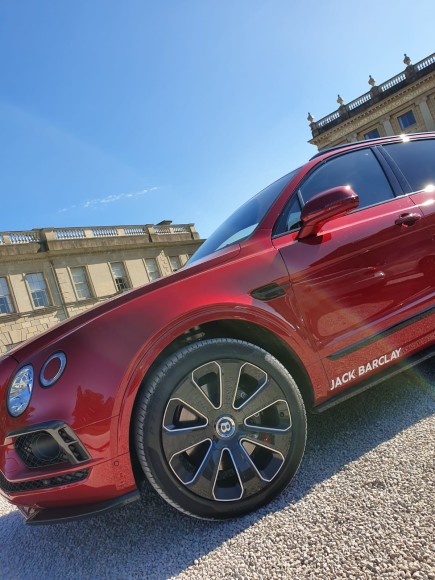 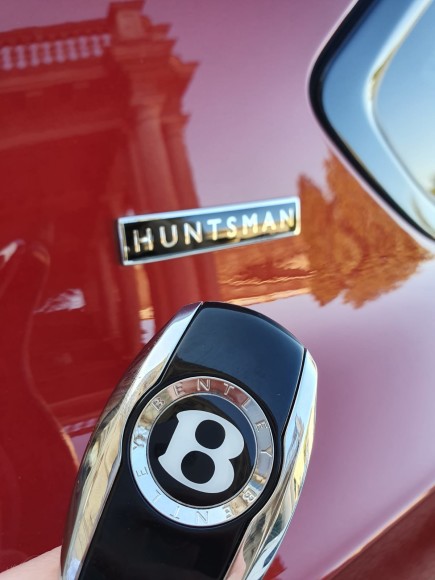 It has been proclaimed in many instances throughout history that when two worlds collide, a star is born. Whilst the physicist in me knows that this statement is not scientifically accurate, there couldn’t be a more suitable description for a project of this nature coming to fruition – enter the Jack Barclay and Huntsman Bentley Bentayga.

Jack Barclay shouldn’t require an introduction. The iconic dealership in Mayfair can even afford to drop the automotive brand name without ever worrying about ambiguity. Regardless, their showroom designs continue to evolve as they constantly seek to improve the patron experience; such is the commitment to customer service from the oldest Bentley showroom on Earth.

Less than 500 metres away stands another stalwart boutique of Mayfair, Huntsman of Savile Row. Since 1849, Henry Huntsman crafted a brand that is synonymous with excellence. By 1888, he received a Royal Warrant from Queen Victoria, and following major contributions to the war effort, King Edward VIII became a customer in 1917. Enough said there, then.

As a life-long admirer of both Bentley and fine tailoring, it is no stretch for me to understand just how aligned these two organisations are in their approach to their respective arts. They both epitomise bespoke design and share an insatiable appetite for quality. This collaboration is, therefore, the ideal opportunity for the commemoration of their shared centenary celebrations. If the above chronology has you somewhat confused, please allow me to clarify – Bentley motors established themselves in 1919, whilst Hunstman commenced their Savile Row residency the very same year.

What location would be the most fitting for me to meet these monolithic brands? Cliveden House sits upon 376 acres of Grade I listed gardens and woodland, with the 17th Century hunting lodge now operating as a luxury hotel. Having taken a formal tour of the property, and becoming privy to the vibrant historical narrative, the estate felt rather befitting of the vehicles parked outside. Learning about the building’s restoration from the ashes of two suspected arson attacks, only impressed me further. However, I was slightly surprised that stories of political scandals were celebrated so openly given the Royal connections. The modern Royals evidently haven’t stirred. Remember, it was here that the Duchess to-be, Meghan Markle, chose to reside the evening before her nuptials with Prince Harry.

Whilst still admiring the scenery of the National Trust gardens that surrounded, I was introduced to my carriage. It was impossible not to have my eyes drawn to the hallmarks that Huntsman has opted to include in their bespoke interior design. A distinctive Peck 62 Tweed adorned the dashboard, door linings and map covers. Created exclusively for this centenary year and inspired by an original Gregory Peck coat unearthed from the Huntsman archives, it’s a fitting nod to their rich history of supplying bespoke tailoring to some of the world’s most astute characters.

This special edition Bentayga V8 comes in two subtly different variants – ‘The Sportsman’ and ‘The Businessman’. When I say subtle, I mean that one is Candy Red and the latter Anthracite Grey. I’d like to think that I could carry-off either iteration but was delighted with my allocation of the sportier model. Oh, for a ’64 Impala in that very colour! Now, you can argue all you like as to whether this next feature qualifies as aligning with the sporty theme, but I feel that integrating a Mulliner wooden chessboard into the rear armrest is a fine addition. The real test, of course, is whether all the pieces would stay in place should you need to pull an emergency stop with Vladimir Kramnik and Magnus Carlsen hard at war in the rear seat?

With the scene appropriately set, I was finally handed the keys and sent on my merry way. Naturally, I chose to glide gently away accompanied by Elgar’s Pomp and Circumstance No. 1.
Before long, the petrolhead within pushed aside any stereotypical behaviour that might be expected from the driver of such a vehicle. I headed straight for challenging roads that allowed me to test the mettle of the 4.0-litre, twin-turbocharged V8. Unleashed was the stable of 542 horses, whilst the all-wheel drivetrain and carbon-silicon-carbide brakes performed to their limits. I cannot deny that the adrenaline rush was stimulating whilst surpassing 0-60 in just 4.4 seconds. Also abundantly clear was that the electronically-active roll-bar was functioning as advertised; I concluded that it may well be impossible to roll this thing after all.
Eventually, I calmed down and decided to soak up the evening sun amidst the quaint setting of Windsor, before testing just how effortlessly I could blend in whilst purring through the grounds of Eton College.
Sundown approached. Evening strollers emerged. I passed by without receiving a second glance.

The Morgan raced on down the lane as the late October rain pelted the demure metal figure of British engineering. The storm had been battering my small enclave of the British Isles for some time. So much water had risen, I was beginning to forget a time before the flood.