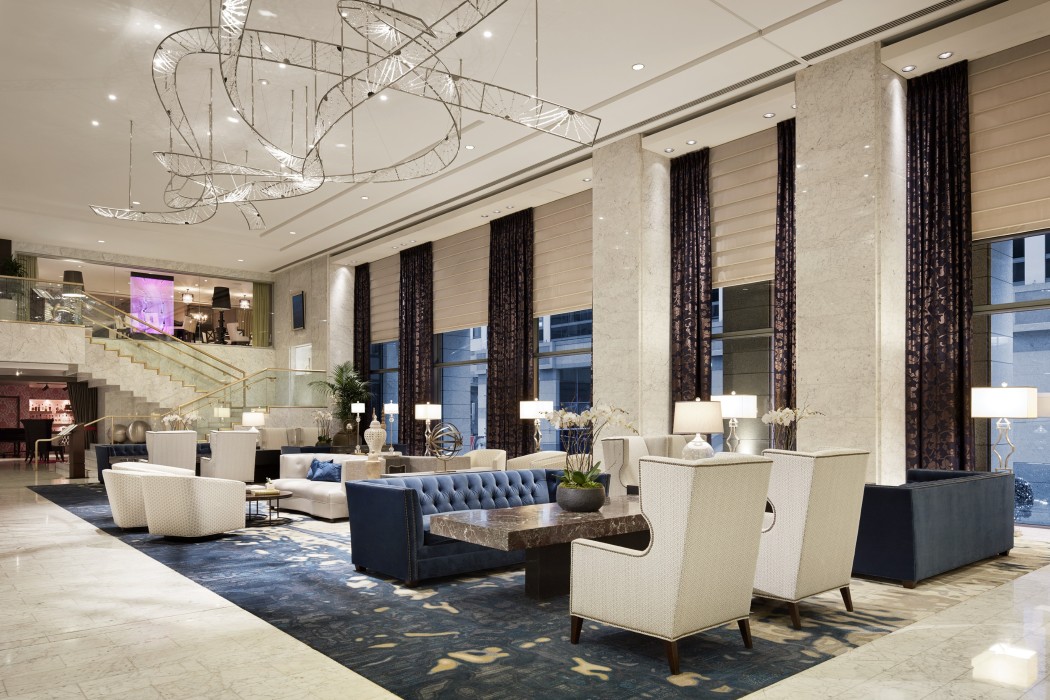 We arrived in San Francisco a little after 9 pm on a Tuesday. Fuelled by the debauchery of the Grammy Awards the night before, then sundowners on Venice Beach, we were ready for cocktails in the 415. As a former tech marketer during the ‘00s and growing up with the likes of ‘A View to a Kill’, I was intrigued to see what the face of tech-boom San Francisco looked like from the windows of the Nikko Hotel.

We rode the monorail or AirTrain for what seemed like days, eventually finding our way to the Fox Rent a Car facility. Note: use a hire car company that drops your vehicle off at arrivals and one that offers a car with automatic locking. You don’t realise how much labour is involved in manually locking four doors and a boot until you have to do it every time you stop. It surprises me a little that a city whose GDP is just over $907 billion doesn’t have a more efficient and less time-consuming transport method for getting to its core. You are only looking at a 20-minute drive from the airport to the city, though, so Uber could well be your best bet.
We’ll ignore for a second the fact that a gig economy worker earns an average $19K annually and a white collar tech job yields $113,000 a year, because this isn’t Question Time and I’m not here to save the world. Elect stronger, more engaged leaders, or pipe down.

San Francisco, like most of America, was founded through centuries of transatlantic conquest and colonisation. In 1776, the Spanish established the Presidio of San Francisco, which they ceded in 1821 upon independence to Mexico, who buggered it up and ceded control to the USA in 1848. 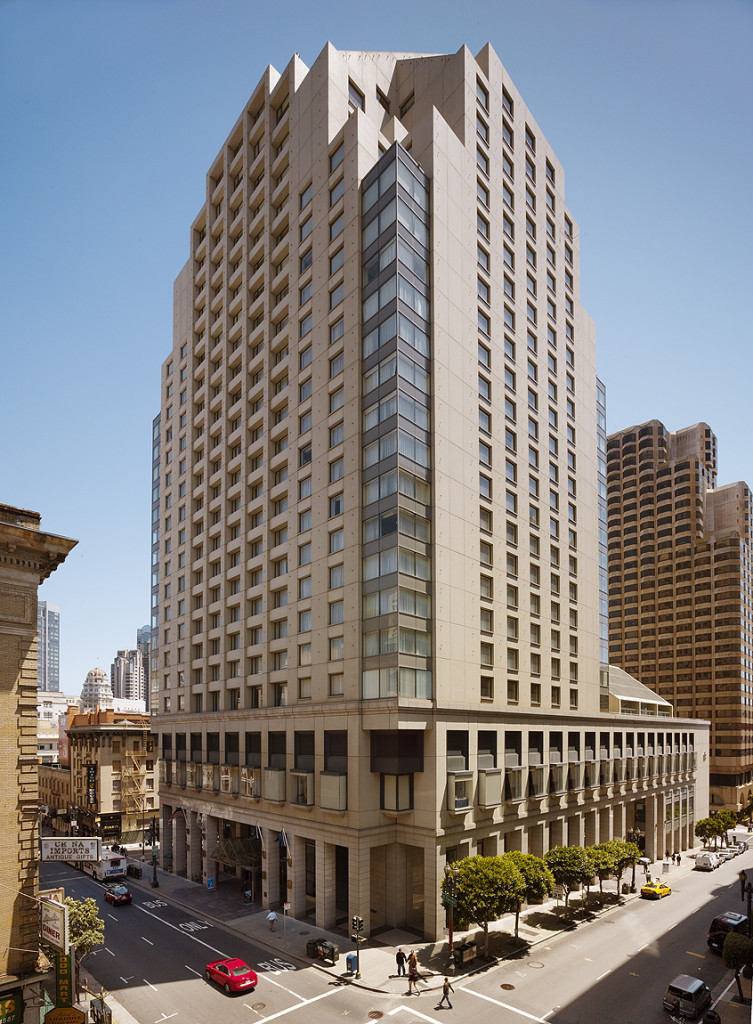 Rather than descend immediately, we opted to take a serious detour to Treasure Island to view the city at night from the Avenue of the Palms. Built in 1936 for the Golden Gate International Exposition, the island was the set for scenes in ‘Indiana Jones and the Last Crusade’ and ‘The Matrix’. This is in addition to being the host to a number of radioactive ships that were returning from the Bikini Atoll atomic tests. It’s a pretty view, all the same.

In terms of real estate, the hotel occupies a city block a stone’s throw from Union Square, Frank Lloyd Wright’s Spiral Interior, and Powell Street Station, which is pretty much a transit line to the city’s most famed attractions. If you’re driving, know this San Francisco is Land Rover Defender-grade steep. If you do drive, though, best to opt for a Jeep, or similar 4×4, and make sure you go and see Lombard Street.

As it approached 11pm, we completed two laps of the hotel before finding a parking space to the Nikko’s exterior. The hotel does offer valet parking, but much like every major city, you’ll need to wait up to 15 minutes at peak times for your car to be ‘brought around’, and it will cost you the average NCP rate. When checking in £100K of camera equipment, you also tend to do your own gear transport, as leaving it in the hands of a valet or porter invalidates the insurance.

Check in was a familiarly quiet affair. The Nikko opened in 1987 and closed in 2016 for a $60 Million renovation, so the interiors are striking. Its modern, Asian-inspired aesthetic has been influenced by the fact that it’s still owned by the Takenaka Corporation, some 30 years after opening. The hotel insisted Hirsch Bedner Associates, who took inspiration from the fluid lines of a traditional kimono and the movement and brushstrokes of Japanese calligraphy. Its sprawling lobby is certainly impressive, with high wingback chairs, opulent curtains, standing lamps, and an Italian quarry of white marble set the tone. I expected there to be a few more people, however, as with the exception of myself and the helpful receptionist, the lobby was pin-drop empty. Assuming everyone had packed into the ANZU restaurant, KANPAI bar, or Feinstein’s, the hotel’s 140-seat nightclub, we decided to drop our gear off in the room and venture down a little more refreshed. 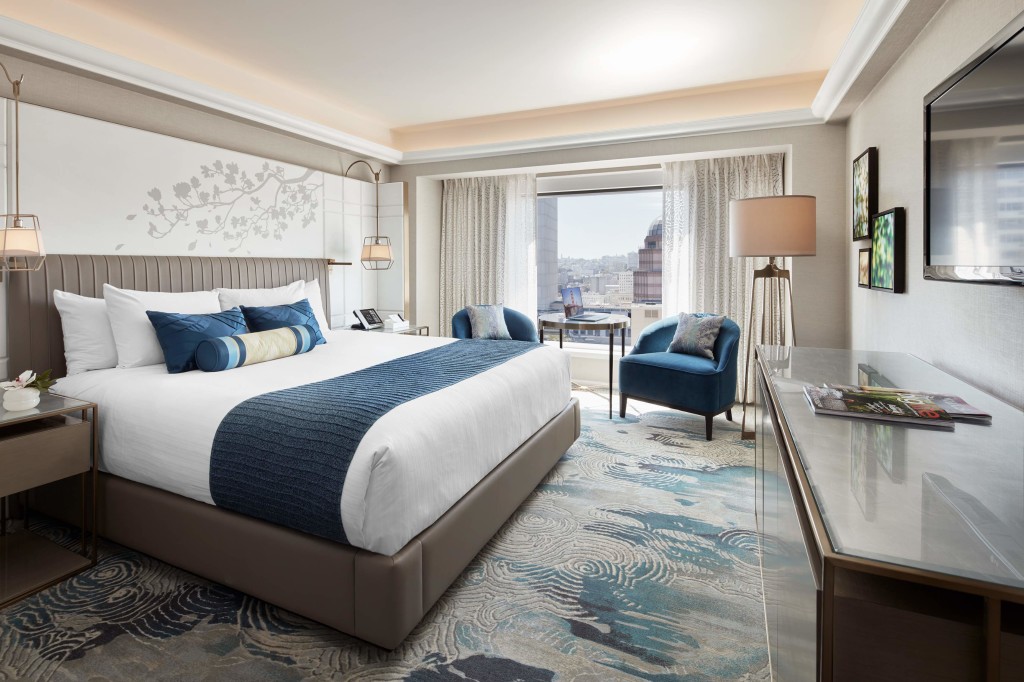 The room was nicely laid out with white linen, blue-accented pillows, organic light fixtures and deep-seated armchairs using an understated colour palette of cool tones and vibrant touches. Having decided a quick shower might be in order post-flight from LA, I quickly realised there were no towels in the bathroom. A small oversight, but without time on our side, we decided to head downstairs to take libations at the KANPAI bar, which sadly was closed already, as was ANZU. Feinstein’s is also not open on a Tuesday, and so we left the staunch silence of the hotel in search of a bar. Any bar. On the corner of O’Farrell and Cyril Magnin Street, you’ll find Johnny Foley’s Irish House. The bar staff are as surly as they come with very little Irish hospitality, but then again, very little about any Irish Bar is actually Irish. There was live music, large measures of whiskey, and a couple of hundred suited IBM conference attendees which made us the odd ones out for a change. Sometime later, we emerged from the bar and hopped across the street back into the Nikko, full of good cheer.

The following morning, I awoke in need of war-grade caffeination. I couldn’t put my finger on it the night before, but the bed did seem to overtake the room proportionally. Ultimately, your hotel room is there to facilitate sleep, so I will never question the installation of a king size bed. That said, when you cannot open the cabinet doors to take the tea and coffee set out, you fear something has gone terribly wrong. I expect the hotel simply switched in a large bed to the room and didn’t consider the functionality failure that would ensue. Having unloaded the tea and coffee tray, I was able to remove it from the unit and ensure that tea was served. 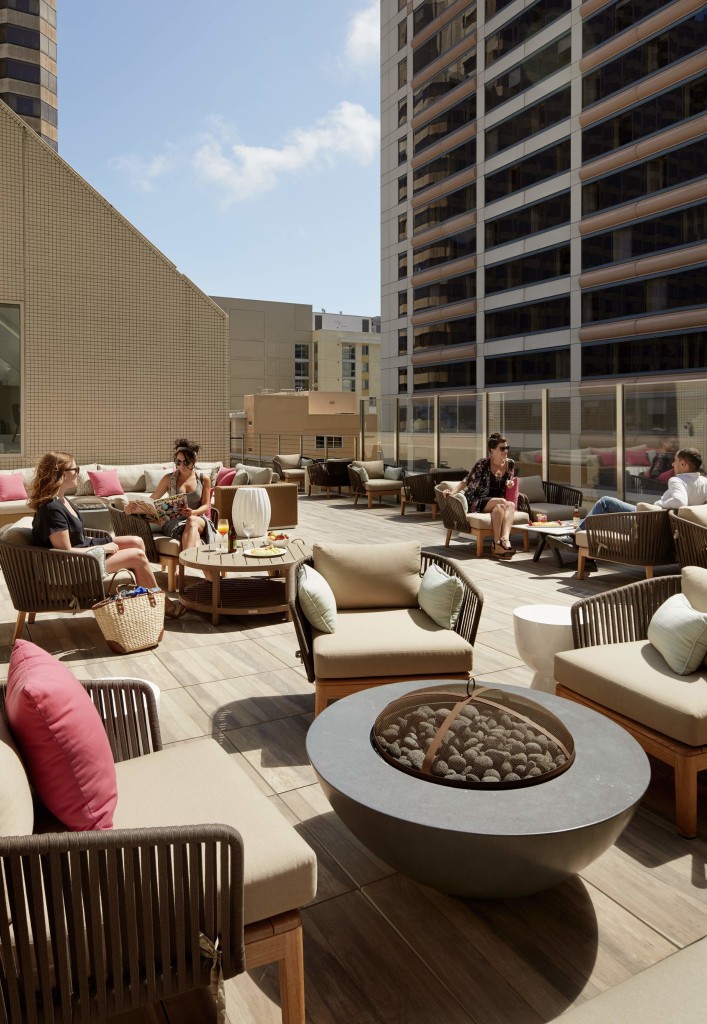 Given the early hour, there was no time to venture down for breakfast, and so we hit the road. However, it transpired that our camera operator had indulged beyond his liver and was more than a little late for proceedings. I decided that a stay of execution was in order, and so strolled across the road to the Angel Cafe and Deli to order an egg, feta and spinach wrap. I expect this is a concoction that is entirely the deli owner’s own. (By the way, there are some absolute gems surrounding the Nikko hotel.)

We spent the day driving around the Bay Area in the company of Alex Clark, a former SoCal tech entrepreneur, and a few hundred horses, courtesy of Ferrari Silicon Valley. You can see the film and interview in this very issue of the magazine.

We arrived back to the Nikko, after dinner in Palo Alto, with every intention of spending our Wednesday night touring a selection of bars. But the turndown of the room stopped us in our tracks. What began as a quick social media check-in / lay down with drinks from the well-stocked minibar quickly became a total KO. The following morning, I awoke knowing full well that a gear pack down of mammoth proportions was imminent. It transpired that breakfast was not included, and so rather than rush to exfil and eat, we called in our late check out, which turned out to be a godsend. I do regret not experiencing the hotel’s rooftop atrium pool and fitness centre, but I will trade a good view for a restful night’s sleep just about any day. And this way, I have to return to try the bar, restaurant and pool in a trifecta, to experience everything I missed.

I scanned the horizon of the Finnish race circuit but Charlie was possibly doing a few laps in the 500hp V8 110. “Let me see if I can find him Tony”. “Cool man”. This was the first of a handful of semi awkward exchanges I would have with Tony Hawk that week as we crossed from Finland into Russia, Estonia, Latvia, Lithuania, Poland, Austria and Monaco.