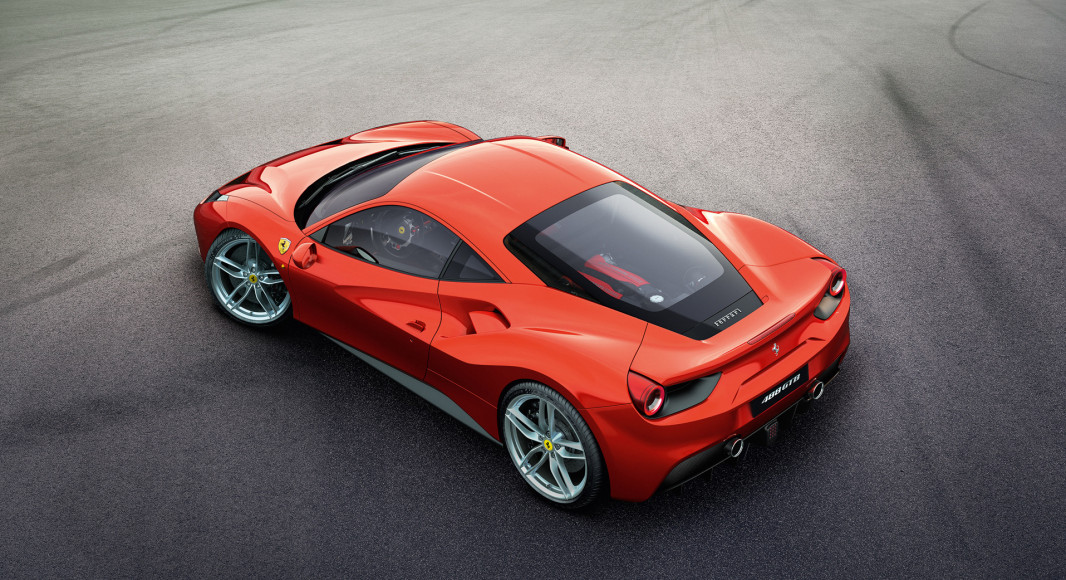 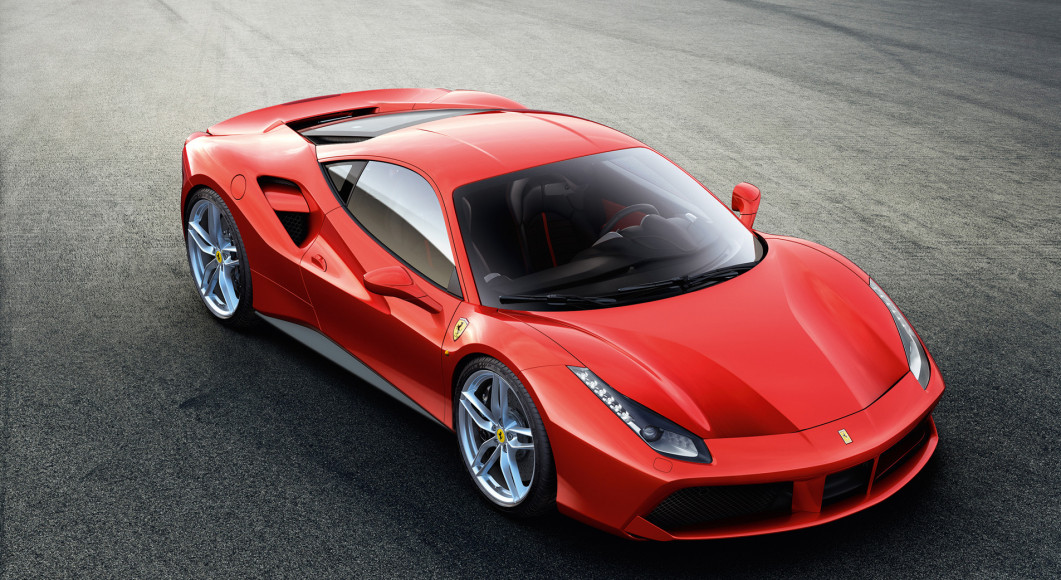 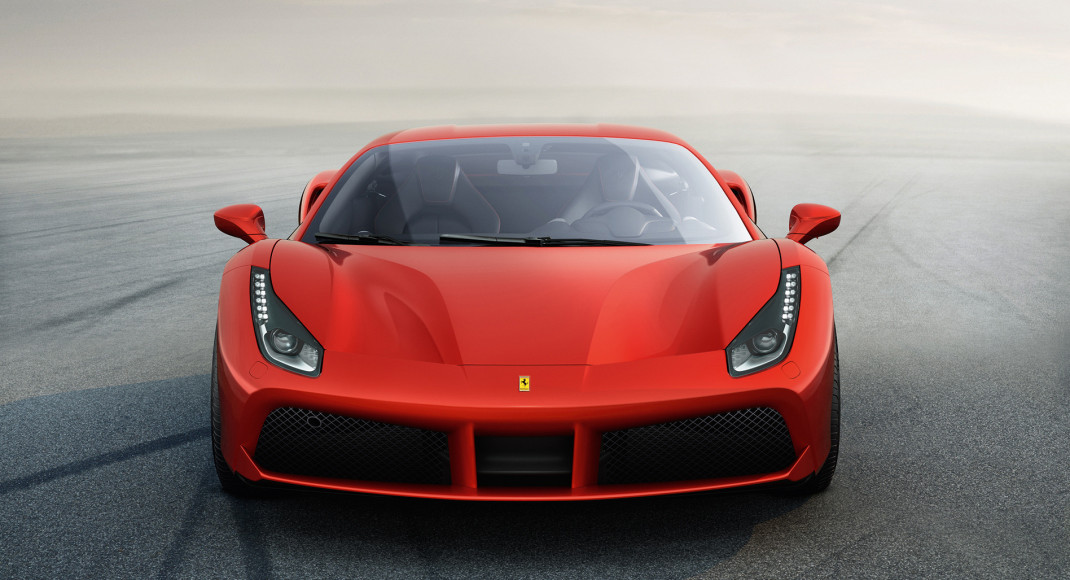 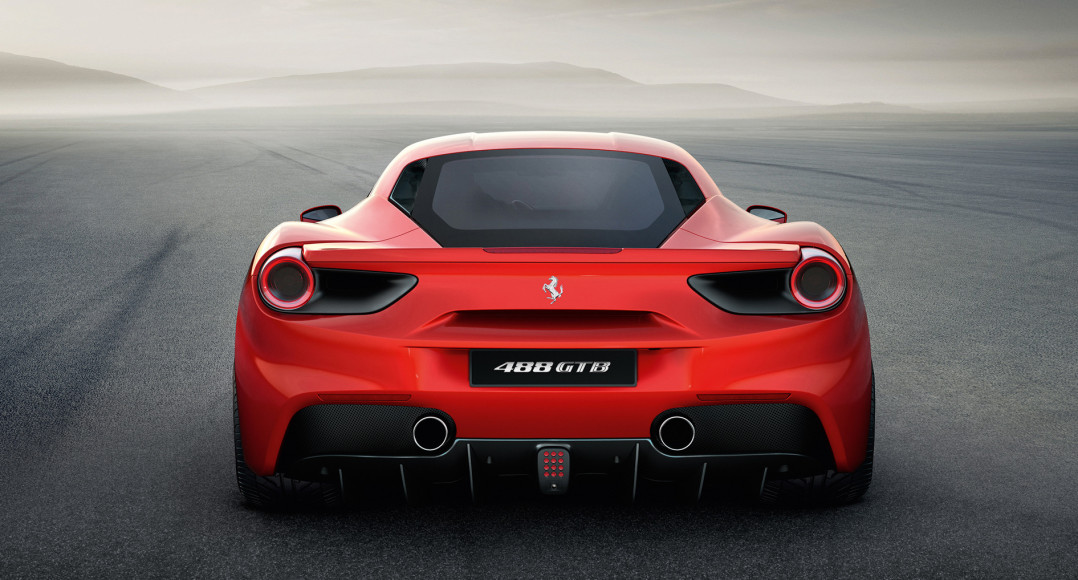 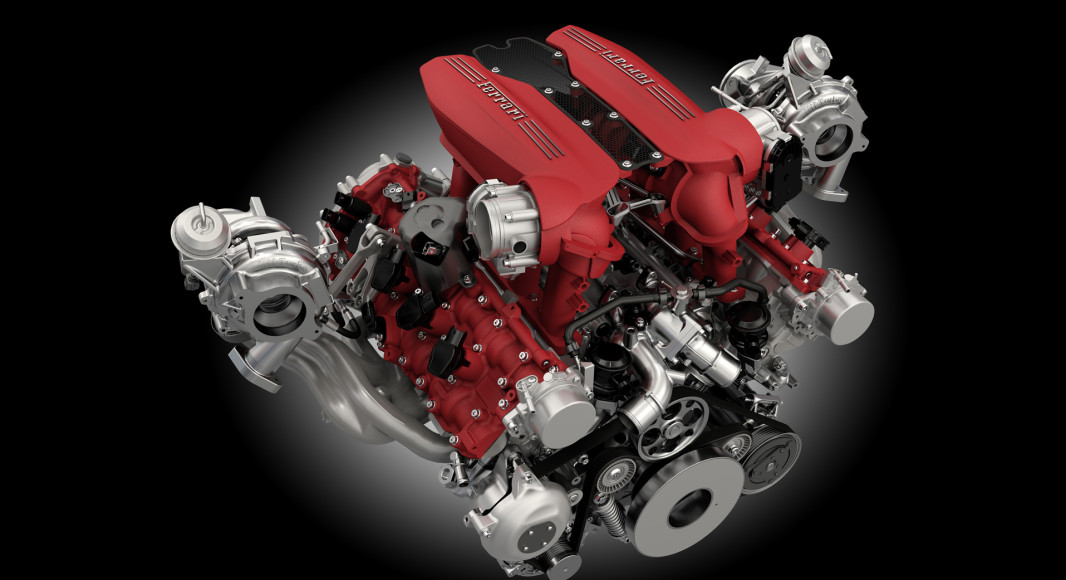 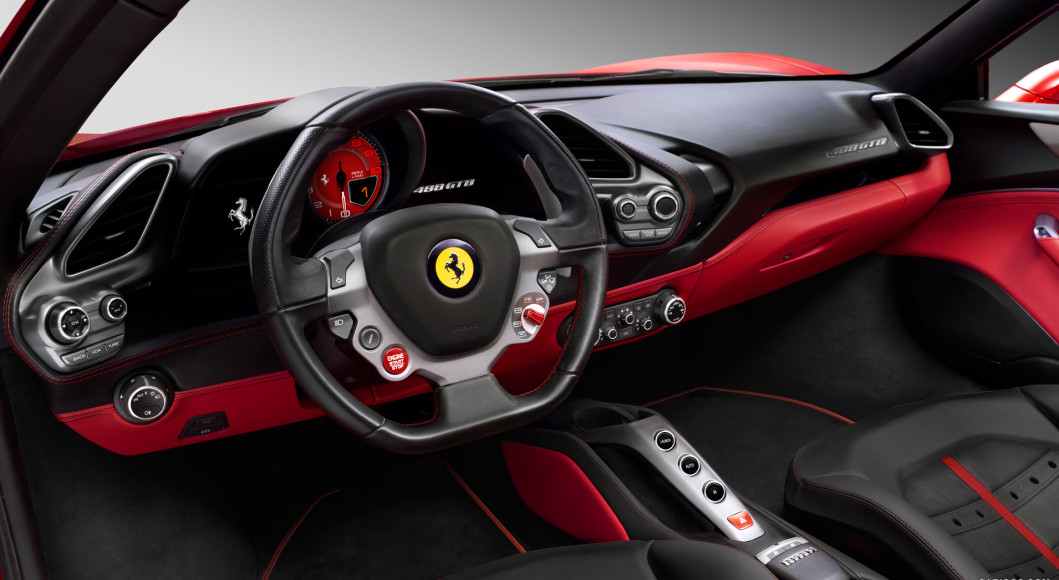 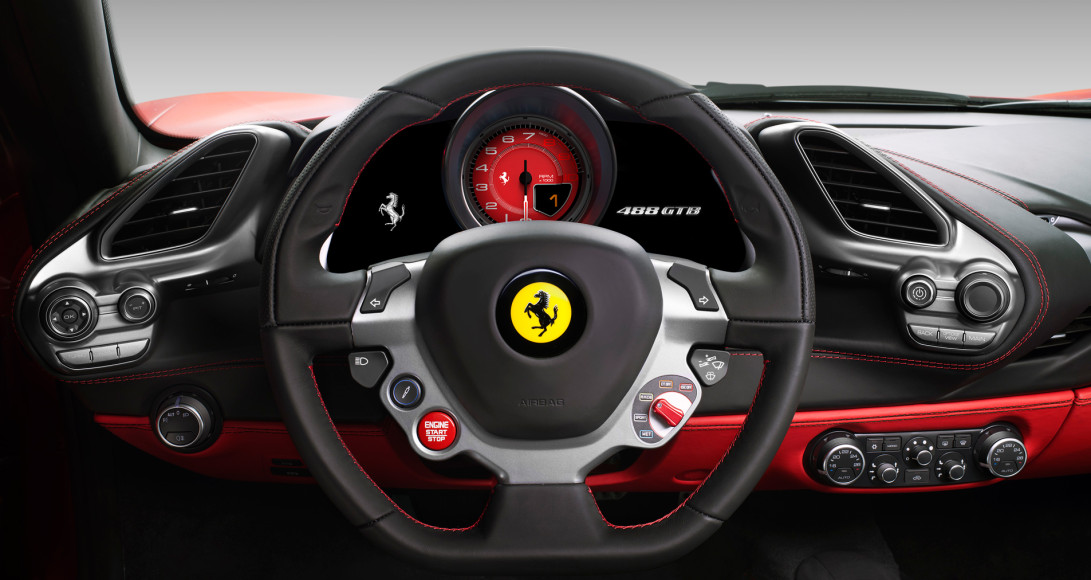 Ferrari is probably one of the most recognised brands in the world, let alone the motoring industry. Steeped in so much tradition that even the uninitiated can often name at least one of the models. With this, you can imagine my excitement and also palpable sense of responsibility when the phone rang and the publishing director tells me that I’ll be taking the new 488GTB to France for a week. There are worse jobs, I suppose.

Fast-forward three months and there I am, staring the car in the face, about to be handed the keys. The first thing that strikes me is that it’s not finished in the famous Rosso Corsa. Instead, this particular car has the optional Rosso Dino paint: a very orangey red from the archives, which was worn by the 246 Dino upon launch in 1968. In some light, it’s full-on orange; in others, it’s a lighter red. Pleasing nonetheless, and a refreshing change from the retail-red that seems to grace so many cars.

The interior Is trimmed in a dark charcoal alcantara with orange stitching and the superb carbon-bucket seats have an orange leather strip running down the middle along with horizontal detailing, reminiscent of the 365GTB/4. There is, as you can imagine, carbon fibre in abundance (part of the £79,829 worth of options fitted to this particular car) and the fit and finish is up there with anything from Stuttgart. Beautifully built with a handmade feel, but excluding any imperfections.

Pulling out of the Ferrari HQ car park, the heavens open and disappointingly the brisker driving had to take a backseat. This did, however, come as a blessing, giving me time to get comfortable in the car. Despite it having the ability to be a very serious machine, the Ferrari does have a more compliant side. Pop it into wet mode using the Manettino dial and all settles down with a comfortable suppleness. A bit like a sleeping lion, danger is still present, but for now you can relax a fraction.

After a brief stopover in Kent, at the superb Five Bells Inn in Brabourne, an early start sees me gunning the car towards the channel tunnel as dawn turns into day. After queuing up for the lorry carriage (this machine is a whisker under 2m wide) I board the train and steal a 20-minute snooze. On arrival, the sun is shining in la belle France and I nose the Ferrari onto the A16 heading south for Paris. The temptation to open the car up on the deserted sunny AutoRoute has to be tempered by the fact that driving a brightly coloured, British registered, post-Brexit Ferrari is probably the fastest way to find yourself in the Bastille using your one legal phone call to tell the Ferrari UK press office about your new plans to join the foreign legion.

This reasoning evaporated at a speed almost as remarkable as that of the Nissan GTR that overtook me. Like a slightly orange rag to a prancing horse, I decided that the food in the Bastille may actually be okay. With this, I popped the car into race mode, dabbed the steering wheel-mounted indicator and set off in pursuit of some non-existent trophy. As I squeezed the power on, the LED shift lights began to illuminate in their carbon fibre housing on the top of the steering wheel. I could hear the enormous volume of air being sucked into the intakes over each shoulder, and that unmistakable hollow V8 exhaust note that only Ferrari appear to have perfected. This is a mighty fast car. Very shortly, I caught up with the GTR, which was unsurprisingly piloted by what looked like two aspiring Gumballers. Complete with ‘rad’ baseball caps and Monster Energy t-shirts. They did, however, think that the Ferrari was wonderful and showed their approval by giving me the universal hand gesture for ‘rock on’. Down with the kids.

Upon arrival in Paris, the driving began in earnest. As I mentioned earlier, this is a very wide car and with £3,500 worth of forged wheels, the width was in the forefront of my mind. Rumbling across the Parisian cobbles I used the ‘bumpy road’ mode setting, which again brings a suppleness that you would expect to find in something far less sporty – well done, Ferrari.

I pulled up outside of La Reserve Hotel just off the Place de la Concorde, and was greeted by an intrigued concierge. “Bonjour, Monsieur Smith. Your car is orange”. I couldn’t help but laugh at how emblazoned on peopled minds it is that the only colour for a Ferrari is Rosso Corsa. “It is,” I said with a smile. And then, in the most self-deprecating and modest manner I could muster, I threw a five euro note on the floor, kicked him up the arse and shouted “These bags aren’t going to take themselves up to the room, Pierre!”

Over dinner that night, I found myself becoming extremely fond of the Ferrari. Initially, I thought it would be highly-strung and a little diva-esque, but as the miles went by, I was beginning to understand the Ferrari magic. Probably tainted by the millions of videos on YouTube of wealthy children crashing supercars (into bus shelters, other cars, each other, etc.), I was concerned that they may be wandering toward form over function; a toy for people to pose in. How wrong I was. The 488GTB was certainly beautiful and basically catnip for the pretty, stern-faced beanpole beauties that only Paris attracts. But first and foremost, it’s a driver’s car. Brutally fast, an aural feast, and handling that rewards you, but never makes you feel like you’re on boring rails (take note, if you have an R8 to chop in).

The following day would take me to Epernay in search of fabulous driving roads and champagne. In the undulating hills of the northern Champagne region, the rural roads are not the pothole fests that we have in the UK, but billiard-smooth, grippy tarmac. They obviously care about the transport of their grapes, as do I about mine. Back into race mode, and with paddles set to manual this car comes alive. The grip through the corners is stunning and the torque in almost any gear is abundant. The full 760nm is 3000rpm in seventh gear (the car limits the torque in the lower gears to stop you using tyres quicker than fuel).

The big difference here, though, is that many modern supercars can only be enjoyed at the top end, and often by this point that puts you well into three figures, and a lot closer to God if things go wrong. This car certainly has that capability, but what Ferrari has done is also pay attention to the fact that driving needs to be enjoyable, even when you’re not after lap times. The 488GTB is engaging all the way through its ability, and that is really something. Fast, enjoyable, stunningly beautiful, and with that badge. I’m genuinely struggling to see what more I could want. Maybe a £250,000 discount?

Robert Bösch is not afraid of the intensity of the Engadin light and the grandiosity of the nearby mountains. Even as a young mountaineer, he was often in the Engadin and for years now has been spending a lot of time at his home in Maloja, from where he has roamed the area and climbed many mountain peaks.