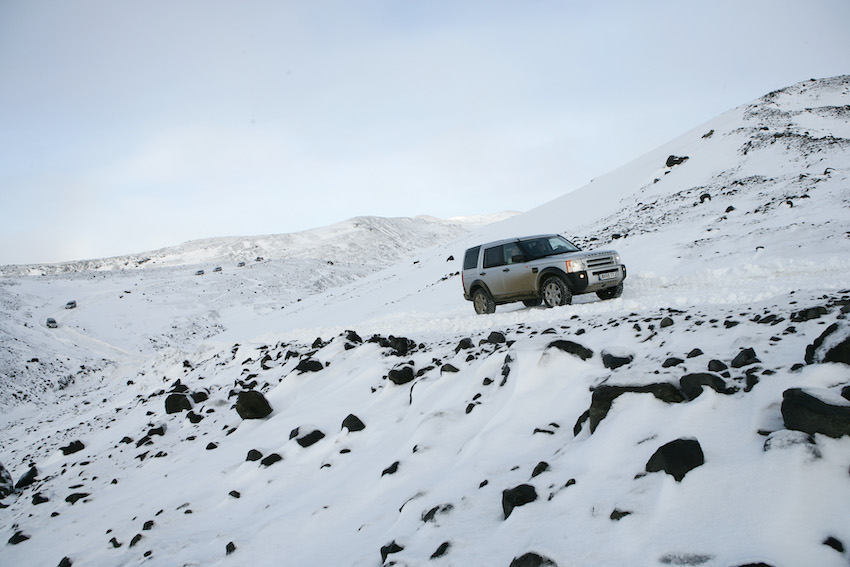 It might seem obtuse of me to begin this new column on car restoration with a well-targeted shot across the bow – but nonetheless, I’m taking aim and firing. For as long as I can remember, I have idealised the Defender in both its modern and early forms. From the humble series 2A to the menacing Twisted Legacy Classic Series III V8 110 Station Wagon. There are, of course, many pros and cons to owning a classic Land Rover. Pro: you’re going to look like the epitome of cool, no matter where you pull up. Con: you’ll be tone-deaf on arrival. Owning a modern Defender with the various idiosyncrasies ironed out by the team at Twisted is perhaps the best way to secure the marque as a daily driver, though. The alternative is to pay to roll up someone’s sleeves and find yourself a passion project to restore. This obviously isn’t for the faint of heart – yet in 2016, I did just that.

First, let me say, I’m eventually going to talk about the Land Rover Discovery and not the Defender, but I think it’s important to know how we got here. In 2016, I purchased a 2007 57 reg Defender 110 TDCi puma Utility station wagon with the help of the now-defunct Nene Overland SV. A long list of fettling was drawn up and a deal struck to bring the old 110 back to its former glory. Seven months after giving Nene Overland the balance and the vehicle being purchased, I was still nowhere nearer to driving my Defender. It turns out that, sadly, Nene Overland had all the gravitas and dependability of a vanity license plate. Another three months later and, as expected, in a triumph of the middling and a nod to mediocrity, this rebuke to the exemplary fell flat and cancelled the rebuild entirely. 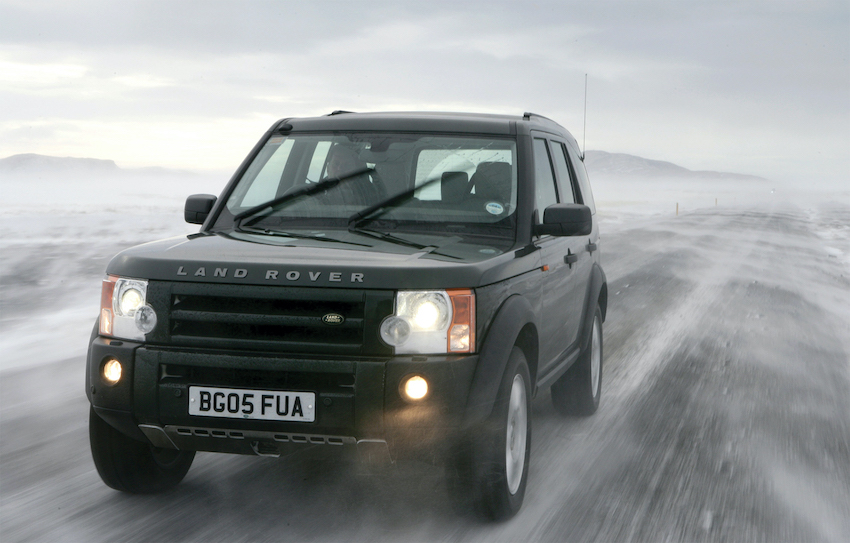 This, as you might expect, left a rather bitter taste in my mouth; one that somewhat put me off the prospect of securing and restoring a Defender. At least until I was willing to part with the princely sum of £200,000-plus for something from Twisted’s stable that is. So, I decided to bide my time until an alternative vehicle presented itself, or the pull to own a 90 or 110 became too much. I watched as the value of Defender stock rose and those remaining market players secured as many units as possible. Though I am not avaricious by nature, watching a capital asset increase in value shortly after you have been forced to divest is acutely painful. So don’t wait till your death bed to tell people and companies how you really feel. Tell them to fuck off now, while you can do it close enough to see the fear in their eyes.

So, it’s 2020: the renaissance of the dark ages. In four years, I’ve driven several vehicles very briefly, as well as long-term press loans. I’m enamoured by many, but not willing to go the distance with any. Then, in early October, as the mornings were getting colder and frost-prone, a friend in law enforcement told me she was shopping in her manual TDV6 S Discovery 3. Oliver Smith once told me that to buy a 4×4 in winter was to acquire a vehicle at the top of its annual price spike. Somewhat weary, I did my due diligence and decided that not only was it a good deal, it had low mileage and was in great condition, despite some aftermarket additions to the exterior. Now, mercifully, these add-ons were only faux chrome wing mirror covers, door handles and fog lamp bezels. All were easily removed with a heat gun, hairdryer and patience to bring her back to standard spec. With a full-service history and two previous owners, there were only one of two people who could have chosen to add chrome to a utilitarian vehicle. The first owner was a reverend. I find it hard to believe a member of the clergy would go in for that sort of ostentatious embellishment, which means my female friend is lying through her teeth. 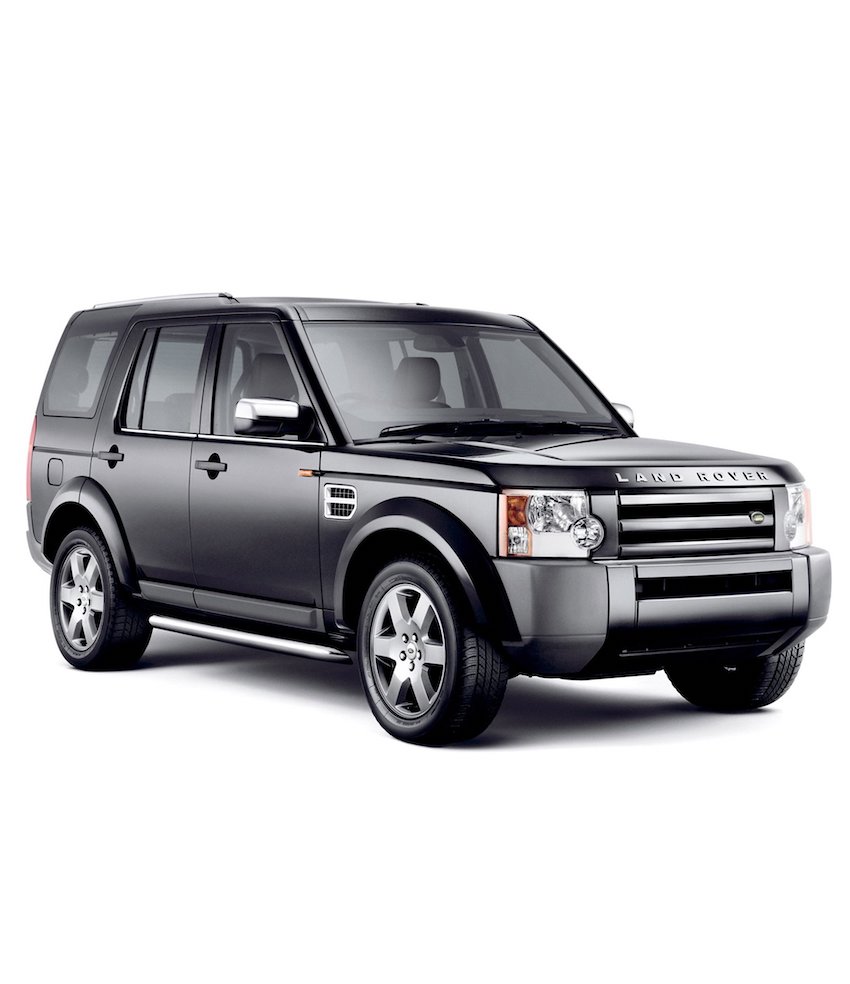 The Discovery 3 (Mk3) arrived in August 2004 and was noticeably a shift from the model’s previous incarnations. It came with a 4.4-litre petrol engine, giving you perhaps 19mpg if you ran alongside it and didn’t tow anything. As you might expect, most early adopters went for the 2.7-litre V6 diesel option. In the main because no one could foresee an additional daily charge from the dark lords at TFL on the horizon, and most wanted the more economical 27mpg. Sure it’s going to take you 11 seconds to get to 60. But it’s not like anyone can overtake you whilst that’s happening, so at that moment, everyone’s 0-60 time is 11 seconds. The irony here is that one of the few off-road vehicles that could overtake in anger would be a Discovery in any incarnation. If I spot a laden well Disco I or II outmanoeuvring me from the lights and swerving in, I will have no choice but to doth the cap really.

The Mk3 came in four different trim levels at release: Discovery 3, S, SE and HSE. In late 2006, XS and GS then replaced S. In 2008, there was also a rather subtle aesthetic update before the Discovery 4 was heralded in 2009. It’s said that the Discovery 4 came with some upgrades, but as the shape and layout stayed the same, it seems like Land Rover was nodding to the original design and build quality in keeping it as was.

My first job was to replace the right rear tail light, as despite the parking sensors someone had cracked it, so it was only a matter of time before it filled with water and took the whole panel out. A quick eBay scour landed me a full unit that took less than five minutes flat to fit. You’re going to find some part replacements a dream; others will haunt you. The second job was to replace the fog light bezels and secure some replacement clips for the trim. Powerful UK in Cirencester had pretty much everything I needed, and they design and manufacture a range of 4×4 parts and accessories. I think a high-grade poke around their warehouse has to be on the cards in 2021.

Whilst there has, therefore, already been some aesthetic fettling to the Disco, there has also been some mild engineering works needed. Having watched the tracking slip out, I took it for realignment. Upon inspection on the lift, the suspension was clearly listing like a sinking ship to the farside and a specialist was needed. The fear of God had arrived, and he was playing his war drum. Building up a rapport at your local mechanic, dealership or similar is always a smart idea, but in lockdown and with Covid protocols it’s tougher than usual. 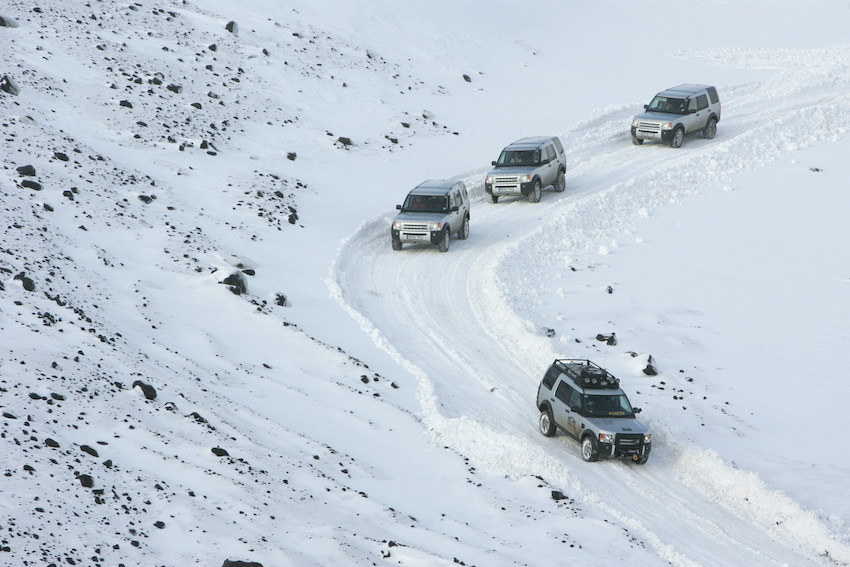 Tim Fry Landrover has been a Cotswold Landie staple for many years, so that was my first port of call. The diagnosis was that the compressor was failing and that the old unit had cooked due to the software overworking it. I was going to be £1,000 lighter, but that is the reality when neither previous owner uses the vehicle’s off-road capabilities for a decade. True to their word, Tim Fry’s rough quote stayed the same at payment.

My second issue was that the standard key fob looked like it had lost horribly in a bar fight. Whilst certainly not a big problem, having only one key did make it a pressing issue. With an average grasp of soldering and two irons in the office, I fancied my chances for a full rebuild in-house. Sadly, I entirely underestimated the small project. I rather stupidly ordered a replacement casing online and waded in with both boots. The result was a fix that lasted a week and then fell to pieces like a clown car upon each and every use. Despite my deep engineering-based shame in not being able to fix this small service need ‘in-house’, I do feel sourcing a better casing in the first place would have saved time. Eventually, the fob buttons became intermittent and I realised that a professional was needed. I required a spare regardless, so it was a necessary expense.

For a mere 140, Bryan the Car Key Specialist can provide any number of services, including spares and repairs on location. Should you achieve the unfathomable, though, and manage to lock your keys in your vehicle, he’ll be able to gain entry for you in a matter of minutes. An incredibly valuable service. 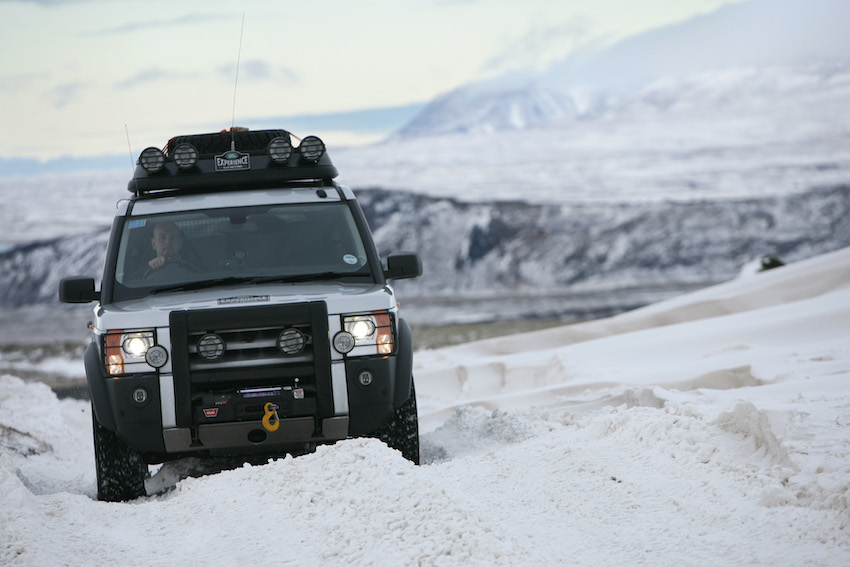 Whilst fettling the Disco as Bryan cut the new key, I realised that the reason the driver’s side wing mirror glass was oscillating when at speed was because the mounting points had become brittle and snapped in places. After researching the problem and considering the DIY approach, I decided for the cost it was absolutely going to be simpler to have Tim Fry’s parts team replace the glass. The switch ended up taking longer than both myself and the freezing engineer had estimated. It turned out to be quite a finickity job, with the right amount of pressure being applied from two directions to seat the glass. The failing of which would have meant cracking the glass – or worse, cracking the receiving housing. Dear Land Rover gods, spare us sinners now and at the hour of receiving the invoice.

In short, I’m not sure there is a better apocalypse vehicle for less than £15,000. Sure we could all run out and buy brand new cars, but there’s something beautiful to behold in the simple upkeep of an older marque. I still need to consider tyres, a high-grade roof rack, additional power supplies and, if I make it into 2021 with all my facilities, perhaps a camera crane fixing. Oh, the unbridled joy. You’ll be able to read every one of the Disco’s continued trials and tribulations over the next year, of course, as we put some real mileage in. Stand aside now.

Round the Island Race

Local boat Eeyore, an Alacrity 18 Bilge Keel from Cowes, has laid claim to the prestigious Gold Roman Bowl, winning this year’s Round the Island Race after a long tactical day on the water. With a crew of just three: skipper Jo Richards and his friends David Rickard and Duncan De Boltz, the 18 foot bilge keel was the smallest boat in the race. A member of Gurnard Sailing Club and Cowes Corinthian, Richards talks through his winning race: “It was an interesting but long race, we actually started at the opposite end of the line from the rest of the fleet which paid us reasonably well in the end….