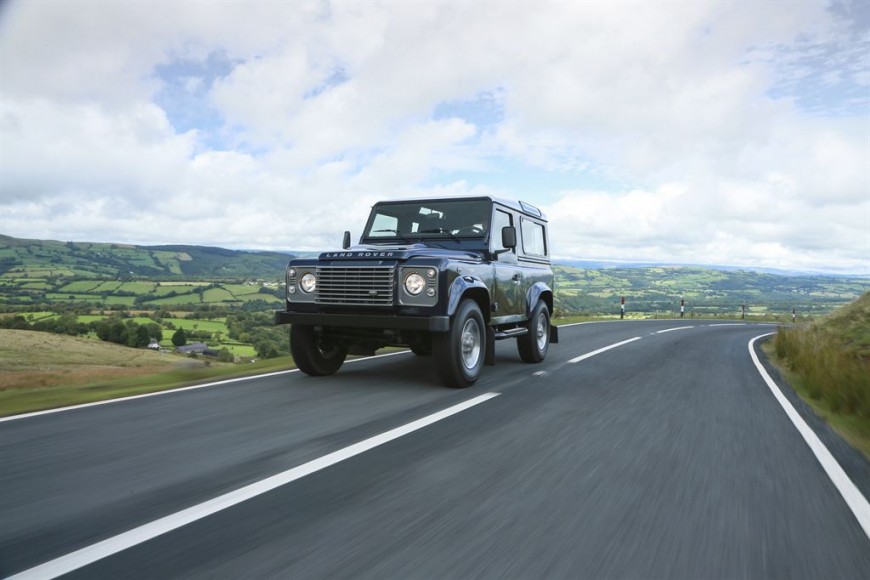 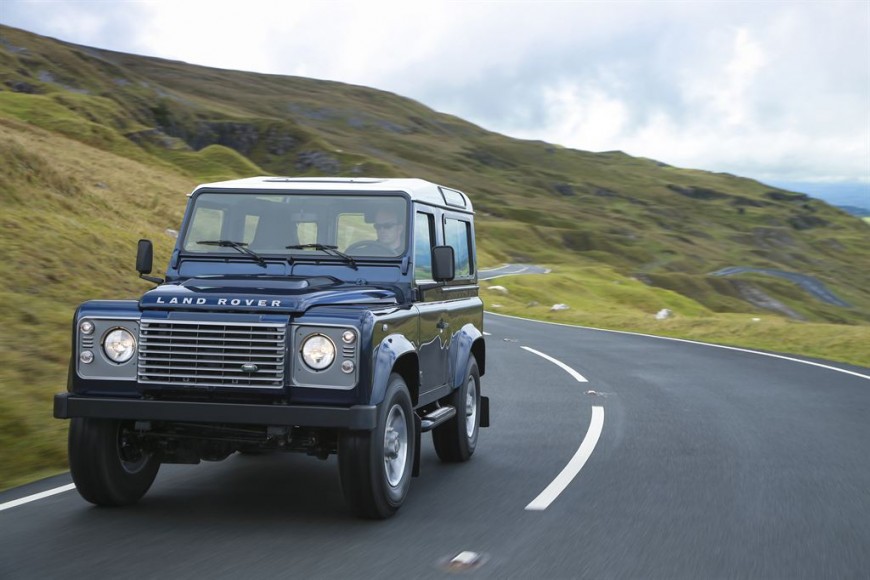 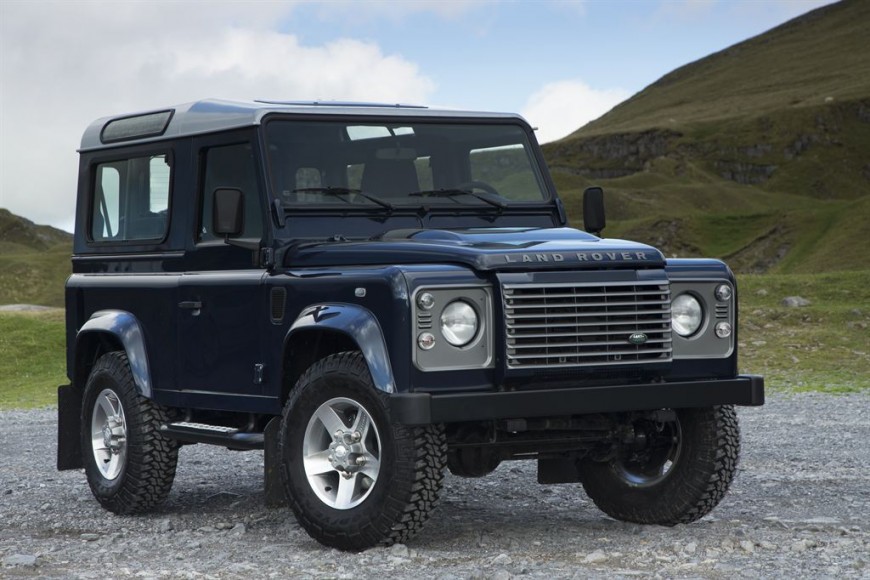 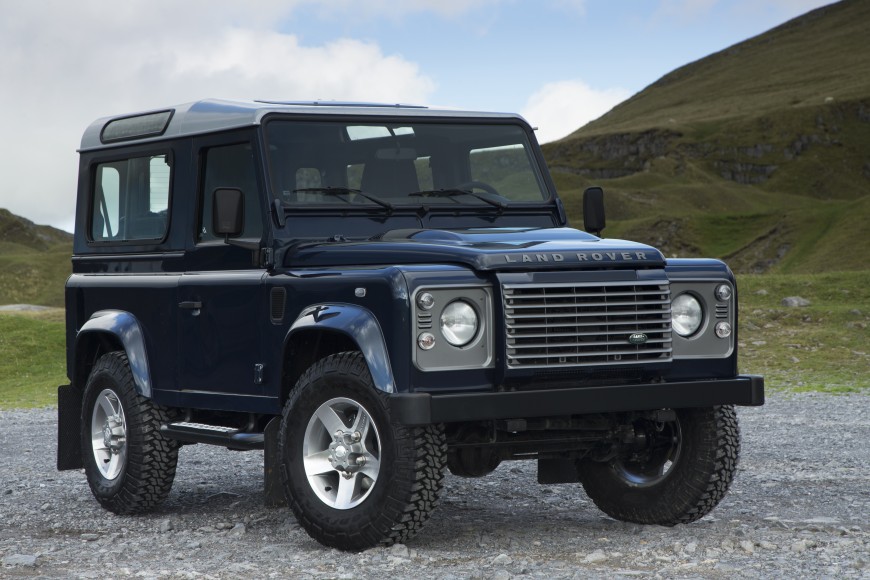 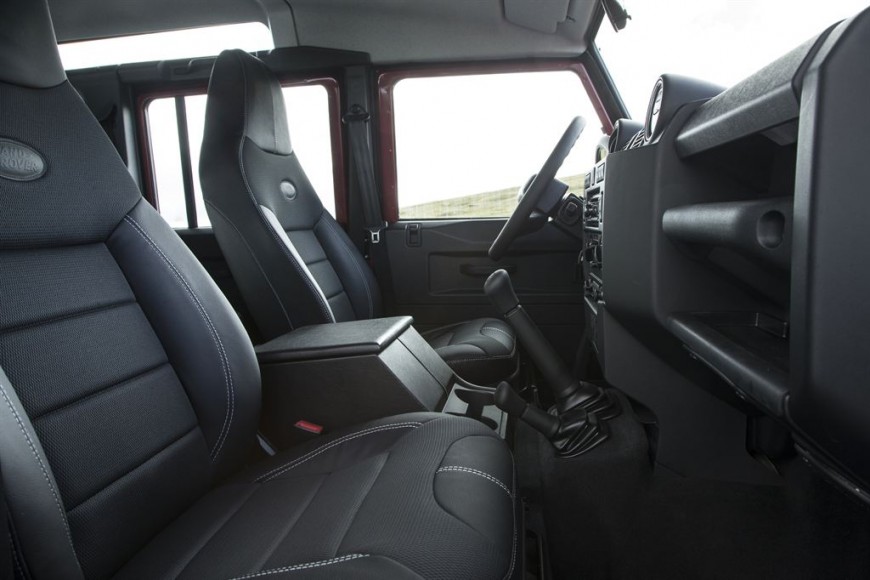 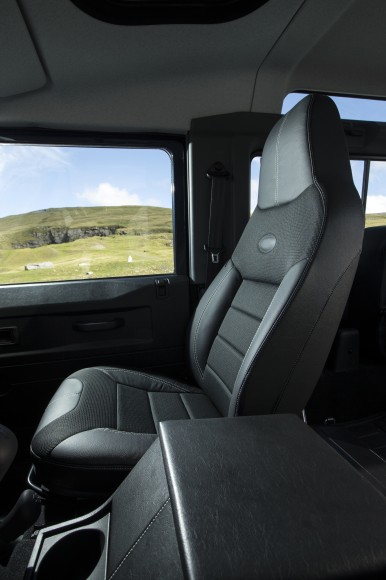 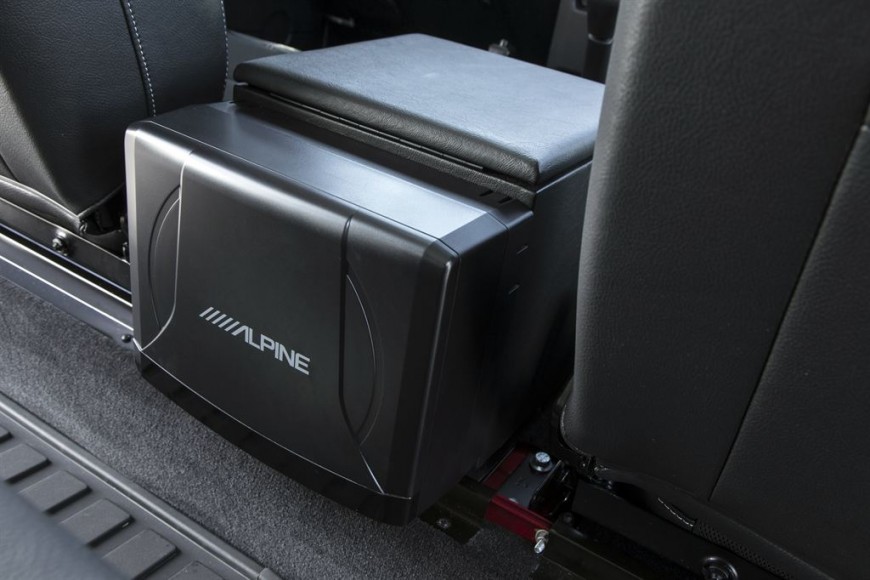 I didn’t grow up on a farm, I grew up in Wiltshire which is far from agriculturally challenged but I was not raised surrounded by farm machinery and livestock. So why is it that the vehicle I long for is considered by many to be either a weekend warrior for the green-lane masses or an aggro vehicle with obligatory Ifor Williams sheep dog in tow?

Well the answer is, it isn’t really. Many a motoring writer will tell you that the Loyal Defender has long been considered as a work horse for the countryside set but over the last  few decades it’s appeal has crossed over into the mainstream.

With the announcement from Land Rover that the Defender has at the ripe old age of 65, reached it’s retirement, many will gasp in horror. But we might not be waiving goodbye to the old girl just yet. It seems that she may have a reprieve and could indeed be built in one of its European facilities with the whole production line being shipped out to somewhere in the empire.

I first encountered the beauty of the defender whilst filming the Gumball Rally. A plucky team had decided that the 15th anniversary rally should be graced by a column of Defenders. I cant say that it was a vehicle I had paid a lot of attention to but for an obvious reason. I spent my formative years not doing a lot of driving you see but coming from a family absolutely obsessed with planes trains and automobiles, it was only a matter of time before I would set my sites on a vehicle that I knew had everything I wanted. I have driven many and owned few in my time, preferring to chop and change with the same vehicular tourettes as our motoring editor. What is it this week Oliver? But the Land Rover Defender has qualities that simply cannot be vested by any other vehicle.

It was a cold and wet October day when the 90 station wagon arrived. I wasn’t even there. Someone from the office had volunteered to take delivery of the 90, whilst my flight was still coming in from France. I was slightly embarrassed that I wouldn’t be there to welcome this bastion of England to the fair city of Bristol. I felt like a welcoming party would surely be expected, wasn’t it royal protocol?

The Defender 90 Station wagon XS spec is a formidable beast. A 2.2 litre diesel will tow noah, his ark and all the angels and saints into an oblivion if needed. There is absolutely positively no other vehicle like it that can match the pulling power and looks of the Defender. Icon is about the best word I can use to sum it up.

My initial jaunt in the Defender would be to Manchester and back for my oldest friends stag do. I didn’t exactly relish the Friday night drive but I had little choice. It wasn’t a lack of love for the Defender but an aversion to the M5 and M6 at rush hour. I did briefly consider doing the whole journey on the back roads. At least that way, if faced with an obstacle, I could go over it if not around it. But it was what it was. I loaded the amply spaced Defender and made my way towards the Northern bastion that is Manchester.

After about two hours it happened. Birmingham. I wonder how they get anything done, I assume everyone just sits idle in their cars on the motorway waiting to die. Luckily I had found two other defender and was driving in convoy. If you want to drive at normal estate pace around 75-85, the Defender is more than capable. But if you are weighed down with a horse box, a ton of production gear or a trailer loaded with a house, I tend to stay in the left lane and overtake as appropriate.

As we crawled our way towards Manchester in a relaxed but far from formal convoy, I looked out over the fields on the outskirts of Birmingham. I was mentally calculating a route around the traffic jam. There was several interconnected fields that I could easily have cut through to get to the River Tame, then along the banks, around the traffic and back onto the M6. The trouble was, I genuinely could have done it. I don’t know what the legality is with regards to leaving the motorway on a rural exit or exit of my choosing but I am guessing it isn’t favourable. So despite the fact that the Defender could easily have hopped out of the traffic and out across yonder, I stayed put. It was an altogether different story on the Latvian border a few years back when a column of Defenders faced with adverse traffic did just that, they headed straight over the reservation and into the forest. That is the classic argument with a Defender. The famous sticker says “You can go fast, I can go anywhere. I will take access over speed any day. After another hour, I arrived in Manchester after nightfall. It was a Friday and despite the centre being rammed full of the usual drunken sloths, my group had opted to head to a great little bar not too far from out hotel. I parked up outside and headed in. “Aren’t you worried that you will get a ticket or that someone will scratch it”, “A ticket warden wouldn’t dare and a scratch would only add character”.

Such is my love for the Defender that my partner and I have a tendency to spot a nice 90 or 110 on the motorway as we travel. Do you remember the Show Home Improvement with Tim Allen and the somewhat staged but arguably manly growl he makes when something is the epitome of masculinity. That. She does it without cue and without urging.

The Defender is a classless vehicle and yet it is at home outside five star hotels and a greasy cafe all the same. People do not judge a Defender driver, you could be John the Farmer from Tetbury or Tarquin from Chelsea, the Defender doesn’t care, it just wants to take you anywhere you want to go.

Some years ago, when I was a mere slip of a lad, I met up with an old friend outside the city-slicker terminal that is Bank Station. Pinstripe suit and Hermes tie-clad financial aficionados shuffled past me in neat rows, no doubt heading for a lazy lunch at one of the usual suspects. When my friend Darren arrived, he was sporting his usual trader attire and informed me that there was a great restaurant nearby with London’s best view. It was a massive understatement. In the internal columns of the No.1 Poultry building is a small and unassuming glass elevator that takes you up the seven floors to Coq d’Argent,…