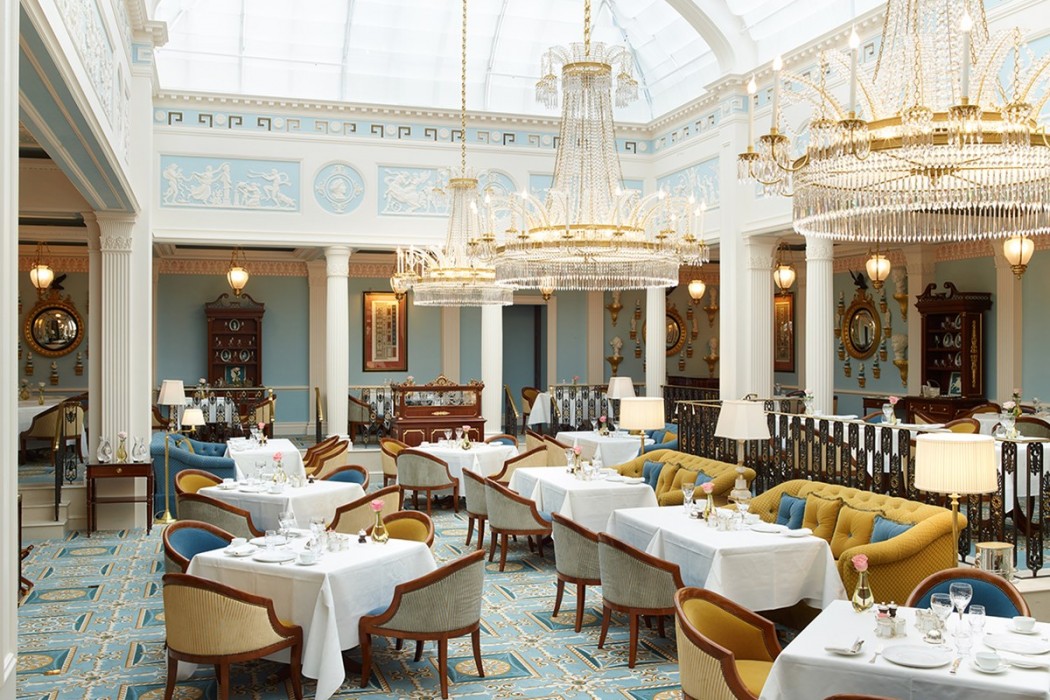 I haven’t been eating out much lately. I’ve been hiding, avoiding terrorism on public transport, and preparing for global economic meltdown and the third world war. You think I’m pulling your bratwurst, but I’ve never penned a more unsmiling opening paragraph to a food review. Except that one about the maître d’, the chambermaid, and the hair in my soup.

Actually, that’s not the reason I haven’t been eating out – but it’s more believable than the truth. You see, I took my brother to Pollen Street Social for his birthday, and it fundamentally changed me. It’s frayed the fabric of my being. It’s left me ashamed, victimised, confused, unsure of where to turn, or who to talk to.

Every review of Jason Atherton’s Michelin-star restaurant has been nothing if not sycophantic, yet I parted with nearly £500 that night and still have absolutely nothing to say about the food. Sure, it was cutesy and innovative, but the taste? Meh. It wasn’t outstanding, it wasn’t terrible. It was simply unremarkable. A joyless sigh. The only dish that slapped me round the face was dessert: goats cheese ice cream, which was utterly honeyed and bucolic. But seven courses into the meal, it was all too late. As each course arrived and left, I became more slack-jawed and emotionally destitute. And for the first time ever, I felt robbed.

My brother loved Pollen Street Social, though, and that’s all that matters. So much, in fact, that he bought me a copy of Atherton’s Social Suppers for Christmas – and it’s superb.

Don’t take these words as my review of the restaurant. I’m clearly in the minority, as always. I’d even like to go there again, just to double-check it wasn’t the irony of the anti-capitalism protest, which stormed past Pollen Street whilst we were eating, that’s left a bitter taste in my gob.

To Celeste then, where I ate a week or so before Pollen Street. It sits on the ground floor of The Lanesborough, the former site of Apsleys, which was headed by Heinz Beck, and which I gave a pretty decent review to. The Lanesborough has just undergone a refurb, although you’d be forgiven for not noticing. The place wasn’t exactly a dump. In fact, back in 2012, when this magazine put me up in the £4000-a-night Buckingham Suite, it was considered London’s most expensive hotel (a distinction that was reassuringly justified).

But with the revamp comes Celeste, which despite having the type of menu that makes the blood rush to your taste-buds, I didn’t have high hopes for. And that’s why you should never listen to a restaurant critic, because I couldn’t have been more wrong.

It was a Thursday night, half-past seven. The room was serene, with a gaggle of debonair waiting staff mincing around solicitously. It’s Michelin-star service without the Michelin star: all supply and no demand, where you’re given a glass of champagne whilst deciding what you want to drink, and amuse-bouches that make you second guess everything on the menu.

First was grilled leeks with oyster tartare, which isn’t something I’d usually order, but that’s the blessing of a tasting menu: it’s an expedition, an exercise in trust, a journey to the centre of your stomach. The oyster was ocean-sweet, and balanced judiciously with the charry, bitter leeks.

Creamed and curried cauliflower with parmesan was everything a humble vegetable should be on a fine-dining plate: more than the sum of its parts. The cauliflower hummed with earthiness and tussled with the sharp saltiness of the dairy, with deep undertones of India. Such delicacy, such punch, such cleverness, all from a cauliflower.

I can never resist scallops. It’s my go-to dish, along with rack of lamb, so I’ll never sniff when seeing it on a tasting menu. Fish isn’t served well by flamboyance or complication. Like comedy, it’s simply about timing. These scallops were middle-of-the-road, perfectly edible pucks of flesh, both well-judged and well-timed.

Cod arrived with undulating ceremony: a gentle white raft sitting on lightly-spiced bouillon. Surf and turf can provide the best of both proteins, particularly if you’re an indecisive eater, but the equilibrium must be just so. This was beyond precision, the bovine bisque providing just the right amount of ingenuity to elevate this ordinary yet obliging fish.

Venison doesn’t always do it for me. I like game, as long as it isn’t too gamey. Too often, bird tastes of pond water and deer tastes of muddy wellies. The venison here was ruddy and wild, like eating an eccentric old aunt, and reminded me how deer can truly sophisticate a plate of food.

I find things get a little blurry about half-way through a cheeseboard. A sense of wafer-thin-mint submission sets in. Burps belonging to different courses begin to do the cancan. Beads of sweat get mopped up by napkins that probably cost more than my shirt. Delirium taps on the brain. People’s heads morph into talking bread rolls. Persist we must, however, in the name of journalism.

(But honestly, I can’t remember the cheese.)

The curtain call was a combo of Earl Grey, pear and almond crumble, which was far more exciting than it should have been, and a chocolate ganache-type-thing with caramelised cashews and praline, which was utterly rich and regrettable in the best possible way.

Celeste was a surprise, one of the best I’ve had since starting this job. Being “the restaurant in The Lanesborough,” I expected it to be all cock-swinging grandiosity without delivering on the plate. Quite the opposite. If there’s one restaurant criminally eluded by a Michelin star, perhaps even two, it’s Celeste. Like its predecessor, Celeste is far from the most egalitarian restaurant in town, but once you eat somewhere this good, the question becomes less about dinner and more about a meal you’ll never forget.

When Cheverolet put the Camaro on sale in September of 1966, the SR-71 Blackbird was flying at Mach 3 over mother Russia, The Beatles were apparently more famous than the son of god and wooden-toothed Walt Disney sadly popped his clogs. The 60s were a time of psychedelic drugs, JFK, civil-rights and a cultural counter revolution; a time that I would be hard pressed not to spin the dial to, if old Doc Brown turned up the in DeLorean. So, whilst America was on its way to a decade of societal change, so was the automotive industry.When Ford released the Mustang in 1964, there was no serious reaction from GM….