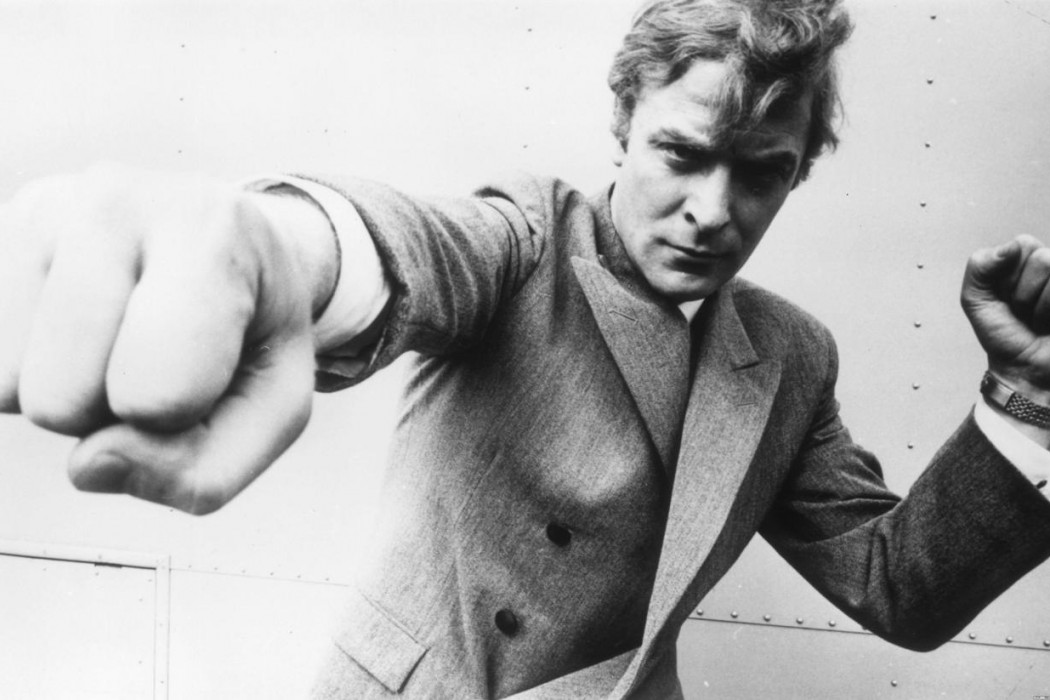 With his distinct cockney accent and rough-around-the-edges charm, Michael Caine gained stardom in the 1960s as the working-class antithesis to the typical upper-class English hero. The Review met with Caine to discuss his successful—yet seesawed—career.

How did you get into acting?

My father thought acting was for sissies – but he didn’t actively discourage me from doing it. He died soon after I became an actor. But my mother always encouraged me to do whatever I wanted, she was really great.

Growing up, how involved were you with the South London gangsters?

I knew a lot of gangsters in London very well. That’s why, when I made Get Carter, I wanted to make it violent. Actually, it looks like Mary Poppins now, but we made it very violent for the time because I had a bee in my bonnet that British films treated gangsters as though they were stupid or funny. But in the forties and fifties, the gangsters I knew were not stupid. The one thing that struck me about all of them was that never did I meet any one of them who was stupid or remotely funny. They were very, very serious people. And they didn’t beat people up to pulp like in films. They were very expert at what they did. So in Get Carter the reason it looks so violent is that I didn’t smash anybody, it was just a single, violent stab in the heart in exactly the right place, without any emotion. It’s emotionless. The violence is in the eyes. The thing I noticed about criminals is that they smile, and they’re smiling at you, but their eyes stay like ice. What we wanted to show in that film was that these people were neither stupid nor funny, and you should take them very seriously.

You’ve had personal experiences running with gangs. What was the roughest thing that you were involved with? Was it anything close to the sort of stuff depicted in, say, Harry Brown?

It was always just gang fights. In my day, the drug was alcohol and the weapon was a fist, so it was very sort of innocent and primitive. Now you’ve got drugs, guns, and knives, which are so lethal. What a lot of people don’t realise about gangs, in my opinion, is that a gang is not there to attack you. Eighty percent of the people in a gang are there to stop anyone from attacking them. You join a gang for protection, not to go out and hit someone.

You became a star in the 1960s. What was it like hanging out with musicians such as the Beatles?

The Sixties were fantastic. You would be out dancing all night and look around the floor and there would be the Beatles, the Rolling Stones, Terence Stamp, Albert Finney—the list goes on and on – we were all unknown and we all became famous. Terence Stamp was too good-looking, such a hands-down winner. I used to pick up all the leftovers, the girls he didn’t want. I hung out with Peter O’Toole a lot. I was his understudy in a play. It was amazing. Even people you didn’t expect did well. Terry [Stamp] had a brother called Chris, he was just a young Cockney lad, and he didn’t want to be an actor or a painter. And then one day he said, ‘I’m gonna be a rock ‘n’ roll manager,’ and I said, ‘Oh yeah yeah yeah – have you found a group?’ And he said, ‘Oh yeah, me and my mate found this group called The Who.’ It was typical of that time.

You once did an instructional video on acting. Have any stars copped to watching it?

All the time. Gwyneth Paltrow told me the other day. People watch it out of amusement.

In it you say actors should never blink. Why?

You missed the Oscar ceremony when you won the Academy Award for Hannah and Her Sisters to make Jaws: The Revenge. Do you have any regrets about that?

Not at all. Hannah & Her Sisters came out in the dumping period of January and February. It did well, it got very good reviews, but there was no Oscar campaign. I’d taken a part that was a week in a movie, which I’d done before several times. They said, “We’re making this film about Jaws, will you do seven days on that?” The Oscars came out of the blue. I was astonished that I was nominated. I went to Universal and said, “Can you change the schedule?” and they said “No, we can’t, because we’re stuck with the boats and the traps”. So I had to be there and I missed it.

What did you think of the finished film?

I have never seen it, but by all accounts it is terrible. However, I have seen the house that it built—and it is terrific.

Another film that didn’t work out so well was The Swarm.

The extenuating circumstance there was I was a young actor from England in Hollywood, and one of the biggest producers there asked me to play the lead in a movie. And it was going to be a special-effects film; all the bees would be swarming and killing everybody. So I said “Yeah, that would be fantastic!” I didn’t realise that if you make a special-effects film, and the special effects don’t work, you’re in a little bit of trouble.

Could you possibly name names and tell us the worst performance you’ve ever seen on stage?

I don’t remember ever seeing a really dreadful performance. I saw a very drunk one, where I think it was Wilfred Lawson and Trevor Howard who were bombed in a matinee, and it was Shakespeare, and it got very bad with the lines and the dialogue and someone shouted out, ‘Your pissed’, and one of them said, ‘If you think I’m pissed, wait till you see the Duke of Norfolk’.

Have you ever wanted out of the industry?

No, it’s the most incredible thing, there’s nothing that I always wanted to do, just being an actor. I was one of the first generations who the first time I ever saw an actor wasn’t in the theatre, it was in the cinema. It was the Lone Ranger. So I wanted to be in films and for me, I thank God every day for my life, I’ve never had a bad moment in a work situation. I just enjoy it so much and I enjoy the whole process. I enjoy the travelling, it’s the most extraordinary life to lead.

You’ve had over a hundred roles in your career. Is there anything that you haven’t gotten to play that you’re still hoping to?

As I say, I have three scripts that I’m hoping to play, but they’re not… I don’t sit here saying, “I haven’t yet given my King Lear” or something like that. I’m not that kind of an actor. I am what I started out as. I was a repertory actor, which meant that I did a play every week. I was a different character every week; for a year, I was doing 40 or 50 characters. So when I became a non-movie star and became a movie actor a few years ago, this was my delight. I didn’t get the girl—I got the part.

You don’t work that much anymore. What does a script have to do to make it worth getting out of the house?

It has to test me. I’m forever testing myself. As a person and as an actor, I have no sense of competition. I am a great admirer of other actors, but I never compete with other actors. I always compete with what I did last, and I’m my own most vicious critic. So I’m always trying to do it better. Let me put it this way: If you’re sitting in a movie and you’re watching me, and you say, “Isn’t that Michael Caine a wonderful actor?” then I’ve failed. If I’m a really wonderful actor, you’ll forget because you’re going “What’s going to happen to Harry now?” That’s a movie actor, and that’s what I try to be. I’m looking for me to disappear, and the acting to disappear, and all you see is a real person.

When I was taught the finer points of disaster recovery, I was in my twenties and was certainly not expecting to learn that the majority of data loss is caused by planned downtime, not floods and fire. However, this does not mean that you should ignore such natural disasters. The digital age means that more and more people are backing up their data to a storage device and putting in a draw for safe keeping. This of course is moderately acceptable if your just backing up your mothers recipes and risqué photos. However when it’s your company accounts and emails you really ought to have something a little more developed in place….