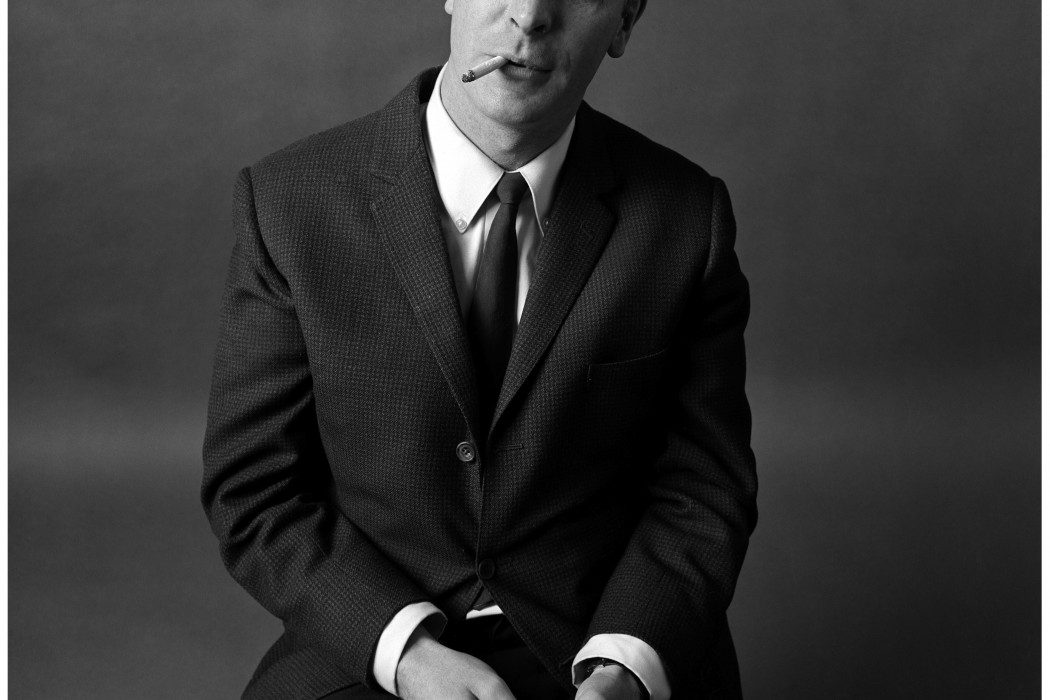 By the time the second Summer of Love rolled around, I’d been a punk, a breakdancer, a psychobilly, a skater, a BMXer, and a hippy (one of my better looks, given my long curly locks at the time). But as my peers boarded to The Farm’s Groovy Train, I found myself wanting ride to T-Rex’s White Swan, delving deeper and deeper into the psychedelic 60s and, ironically, became more interested in the first Summer of Love!

And so it was, along with my discovery of all things psychedelic and groovy, that I developed a penchant for the films of the day. But most of all, I was fond of Caine’s film classics of that era: The Ipcress File (1965), Funeral in Berlin and Alfie (1966), Billion Dollar Brain (1967), and The Italian Job (1969).

For a time, I struggled to move beyond the 60s era and influence— until I learned that Mike Hodges’ Get Carter was, in fact, made in 1971. For me, the film was Caine’s crowning sartorial moment. In fairness, the only real noticeable difference between the early 60s and early 70s suit cut was that the trousers were a little flared and appear shorter (however, this may be as much to do with swapping the popular 60s Chelsea boot for a shoe that makes them instantly seem shorter).

At the hands of his tailor, Mr Douglas Hayward (whose motto I work by to this day: “Before you can make someone look good, you have to make them feel good”), Caine had the style of the day: three-piece suits, drainpipe trousers, desert boots and beige-coloured raincoats—the latter my chosen look in my formative years, working for Habitat on Tottenham Court Road.

I was fascinated with Caine. The sartorial simplicity of Harry Palmer, the insubordinate, insolent, trickster seconded from the army for top-secret security duties, whose horn-rim spectacles I’ve coveted to this day, to the more flamboyant finery of Jack Carter, whose gargantuan gold and enamel cufflinks I still yearn for.

I even wanted my shoes to make the same sounds as Caine’s, as he walked with intent down dimly-lit hallways in The Ipcress File.

The scores to his films were, and still are, the soundtrack to my sartorial musings: John Barry’s score for The Ipcress File and Roy Budd’s for Get Carter are particular favourites.  And Caine’s irreverence, chutzpah and style—both on and off the screen—have always been an inspiration.

These days, my sartorial influences date back to the 1920s, when peaked lapels ruled—and generous ones at that. People say the width of a lapel is a sign of the times, broader being more ostentatious and narrower a reflection of austerity.  Naturally, my wardrobe is a reflection of all these styles and cuts, which all have their place.

But from generous to slim-fitting, it is the simple, yet oh-so-smart jib of the 1960s suit that will forever get my sartorial juices flowing. And in the words of our illustrious cover star “If you wear something for long enough, it will come back into fashion”.

A vision of modern living

In the latest of a series of new moves by leading technology designer LG, award winning designer Patrick Grant is collaborating with the brand on a series of premium home technology devices. Grant has been showcasing his vision for modern, metropolitan living. His concept combines the elegant and timeless designs of the entire LG SIGNATURE range, with the rich heritage of the townhouse on Carlton Terrace, where the installation will be showcased. Already well known for his formidable designs in the world of fashion, Patrick Grant brings a fresh and unique perspective to home interiors with his design, which includes a freestanding, modular, cubic, living system – his vision for premium modern-living. Patrick Grant…