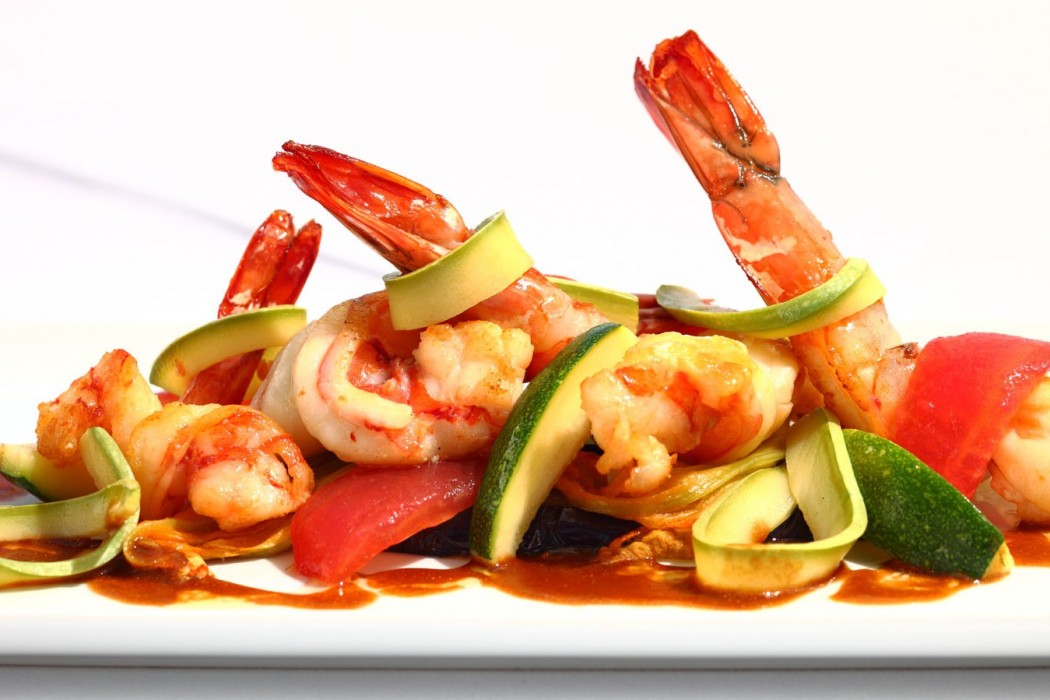 If you ask the local folks around Bristol, you will find a host of people and the old rags pontificating about the “way things were”. James Wilkins and Christine Vayssade bought the lease on a property on Chandos Road to set up their dream restaurant. It just so happens that the space was previously owned by another couple who ran a highly successful restaurant there for over 30 years. But as I never went to its predecessor, I would be able to dine at Wilks, unabated and untainted.

I will fast forward to mid-meal. As I saunter toward the amenities, I notice numerous pictures of James with multiple Asian chefs. James’ kitchen career started at the Midsummer Night Restaurant, under the watch of head chef Hans Schweitzer. When James was given a chance to move from porter to the kitchen team, Hans told him, “I will train you to be a chef if you want, but you will be working twice as long for half the wage”. James agreed and soon realised he had found the perfect outlet to channel all his energy and creativity; a way of life.

James went on to train at Michelin-stared restaurants with leading chefs such as Gordon Ramsay (Aubergine), Stefano Cavallini (The Halkin), Chris Galvin (The Orrery) and Jeff Galvin (The Greenhouse). This host of culinary staples must have been a baptism of fire.

Eventually James escaped London and headed to Cannes to work with Richard Neat. James only returned to Blighty to accept the post of sous chef at Aurora under the direction of his friend Warren Geraghty. Despite the amazing post, James’ mind was made up: he wanted to return to France to work in a three-Michelin-star restaurant. So a deal was brokered: James would come back to London and swap the sun for smog, but should the offer of a job with the French arise, he would surrender his post in Blighty and be on the next ferry over. Warren agreed and the awkward couple began.

Having applied to three specific restaurants, James received a response from two with a deflating ‘no’ and one offering him a trial shift at the world-famous Michel Bras restaurant. Upon arriving the head chef Regis turned to James and said “English…I don’t like the English”. I’m told it was a joke, but I’m also reminded of a thought that the marketing director of BRM watches told me: “France is a beautiful land, great climate, beautiful food, if only it weren’t for the French”. I assume that you have to be a Francophile and have mastered the art of self-deprecation to get away with that one. He was and had.

It was in this positing that James would meet his fiancé, Christine Vayssade. This was a partnership cemented in stone. Or brie. Christine studied at the Lycee Hotelier de St Chely d’Apcher, a highly respected French hospitality training ground. She moved to London aged 20 to improve her English. This is the moment where I get the drum out and malevolently beat on about the inability of the English to learn another language. We turn up in another country pointing and waving whilst stopping to learn the native tongue for “I don’t speak (insert language)”. Every other country (America are pardoned due to their island mentality) teaches their young.

“It was a bit of a shock for me coming from my small village in France to this amazing city. I fell in love with London, its atmosphere, the mix of people and culture; I couldn’t bring myself to leave”.

Like James, Christine played the hospitality game of snakes and ladders, shrewdly going from higher position to higher position. Christine started at Trader Vic’s at the Hilton on Park Lane under Patrice Gouty. Two years later, Patrice would leave to open Chinawhite. Christine was offered the position of floor manager and took it with open arms.

Having spent a number of years looking after the clubs VIP clientele, Christine was poached by rival club funkybuddha on Berkeley square for the post of assistant manager. In 2005 and presumably longing for her mother country, Christine decided to return home where she met James whilst working at Michel Bras.

Fast forward eight years and here we are: James and Christine launch Wilks. So what is the philosophy behind Wilks? “The idea behind the restaurant is to put together all the knowledge and experience that Christine and I have gathered over the years into one package that offers customers great food and service without the pretentiousness normally associated with restaurants of this type. We offer flexible menu choices and value for money to our customers so they can spend as they like and always feel that they have had a good value experience”.

You will notice upon arriving that there are fixed display fridges with a selection of home-cooked delights. The restaurant is also licensed, so you can come in and pick up a meal and a bottle of Beaujolais. What this actually means is I can buy the ready-cooked food and then play it off as my own, with pick up and heating taking only a few hours.

I, like James and Christine, am keen to keep assumptions based on the building’s previous occupants to one side. Aside from the bricks and mortar the two are completely separate. So what are the factors in launching a successful restaurant?

“Many factors are involved but perhaps the most important is to concentrate on your customers, especially locals. Customer’s expectations vary wildly from country to country, city to city. You need to find out what they want and expect and try to fit this in with your own vision of what you want your restaurant to be”.

Having sat down to dinner with my companion, we were faced with wafer-thin crisp bread style crackers. I’m sure there is a specific name for them, but as I can’t put my finger on it, you will have to go along and try them. Add these to the fresh bread and olives and you have more than enough to tide you over whilst you pore over the menu.

I highly recommend the wood pigeon salad. If the thought of eating pigeon makes you a little squeamish, then you really should grow a back bone. This city centre fodder is delicious and the pigeons used at Wilks are collected in a much more civilised manner. Shooting jackets at the ready.

What dish is James most proud of on the menu?

“My favourite is usually the last one I created. We run a menu that evolves at Wilks. Rather than changing the whole thing at once I change two or three dishes every week. This helps with consistency and execution. It also keeps us seasonal, as I can get the latest available products on immediately”.

Having polished off the pigeon, I was left wondering what my seafood bisque would be like. I was imagining a subtle velouté with a hint of fish. What I got was a heavyweight of a dish. My choice had been based on two things: being a big fan of sea food and wanting to reduce my belt size. I hadn’t imagined such a rich dish. I kept expecting a lobster to haul itself out, dragging a net of razor clams and langoustines. A dish worth going to Wilks for, I assure you. Bring an empty stomach, though.

If i had been asked to choose a wine based on the dish, I would have been at a loss, had it not been for Christine’s expert pallet and general sommelier standard.

“It is very important to have a good quality, varied wine list. That doesn’t mean it needs to be expensive, there are good wines at all different prices. We like people to be able to try some of our mid priced wines without having to by the bottle, so we sell them by the 250ml carafe also.”

If you have an inch left anywhere in your left leg, I urge you to try the iced hazelnut parfait.

Like many restaurants, the menu at Wilks is inspired by James and Christine’s continental nomadery overt the last fifteen years. Moving from Cannes to London to Japan to Istanbul has unsurprisingly rubbed off on the couple and their cuisine. The decor is simple and elegant, and has a very homely feel. The food is well thought out and the wine list is excellent. Will the restaurant be a success in these turbulent times? If the cuisine is anything to go by, I would give it great odds.

Rebel without a cause. Robinson has spent the past five years working in luxury print and publishing. This we feel may of jaded him slightly.

How neuromarketing will revolutionise luxury brands

Science is the key to unlocking many truths in marketing. Fashion is a billion dollar industry that caters to all sorts of demographics. People use retail as an outlet to satisfy needs within them for various reasons: leisure, sociability, entrepreneurship, and even stress relief. Yes, ‘retail therapy’ is real, and could be attributed to neuromarketing