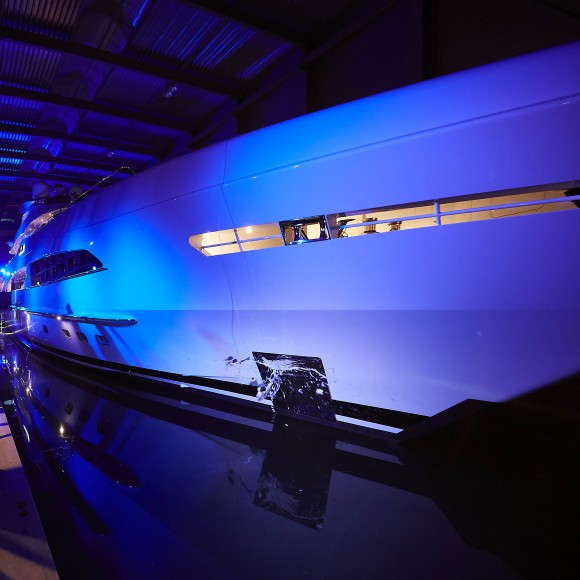 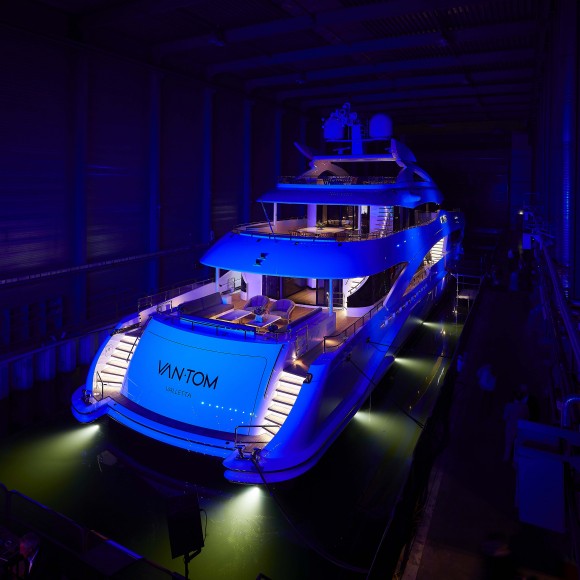 Iconic ship builder Heesen has announced the christening of VanTom, formerly ‘Project Alba’, during a private ceremony held at the shipyard in Oss, in the presence of her owners and the Heesen workforce.

In a statement, the yard said: “The owner and his wife worked closely with Francesco Paszkowski, Margherita Casprini, and the shipyard’s engineers to create an interior design that reflects their taste and the lifestyle of their family: a contemporary and unique aesthetic of understated elegance where they can enjoy peace and relaxation and feel like home.”

The 49.8 metre motor yacht will accomodate 12 guests across six staterooms with the crew quarters allowing for up to nine people. A key focus for the build was a sense of space and elegance which were ultimately attained through the use of triple-laminated glazing to give the windows a seamless appearance.

At the heart of the yacht is a pair of MTU 16V4000 M73L diesel engines generating 3860hp. This propels the yacht which has a nine metre beam and a total interior volume of 499GT to a top speed of 23 knots with a range of 3100 nautical miles operating at an 11 knot consistent speed.

In the next few weeks, VanTom will be tested in the rough winter waters of the North Sea as she undergoes her sea trials. VanTom is due for delivery in January 2018 and will be for private use only.

Other projects currently under development at Heesen include the 51 metre Heesen 18151, a Harrison Eidsgaard design due to launch next year.

Join us as we visit a host of resorts across Europe, Japan, the US and New Zealand. Jesse Van Rheenen meets up with Freeride World Tour champion Markus Eder to talk about The Ultimate Run and his partnership with Alpina.