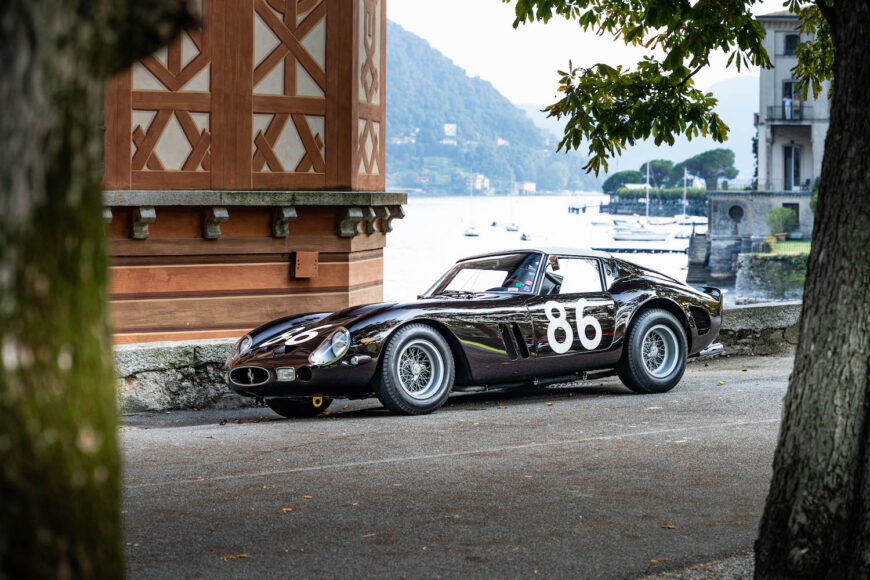 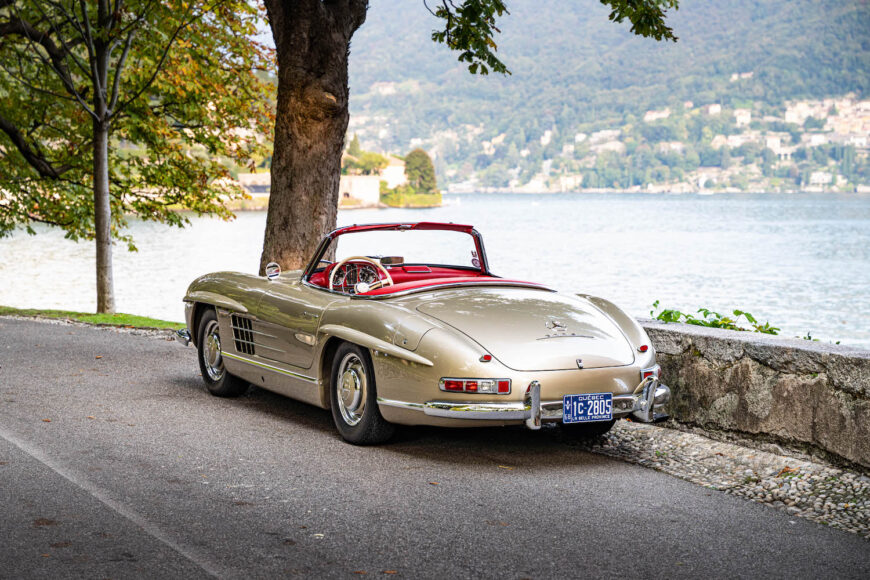 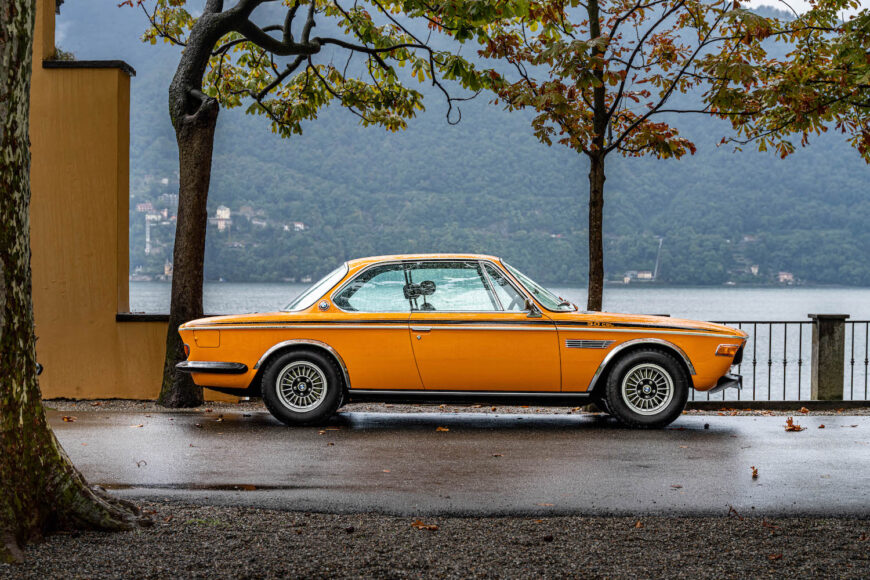 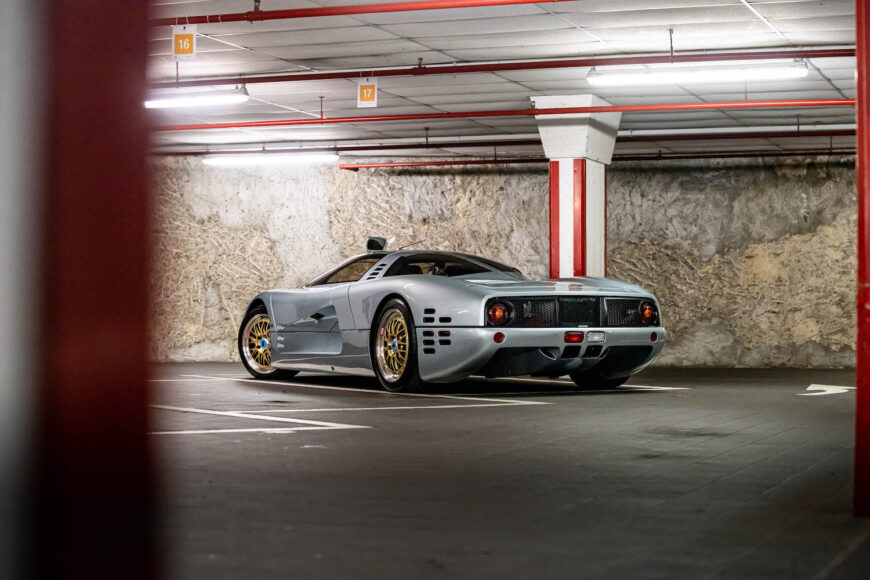 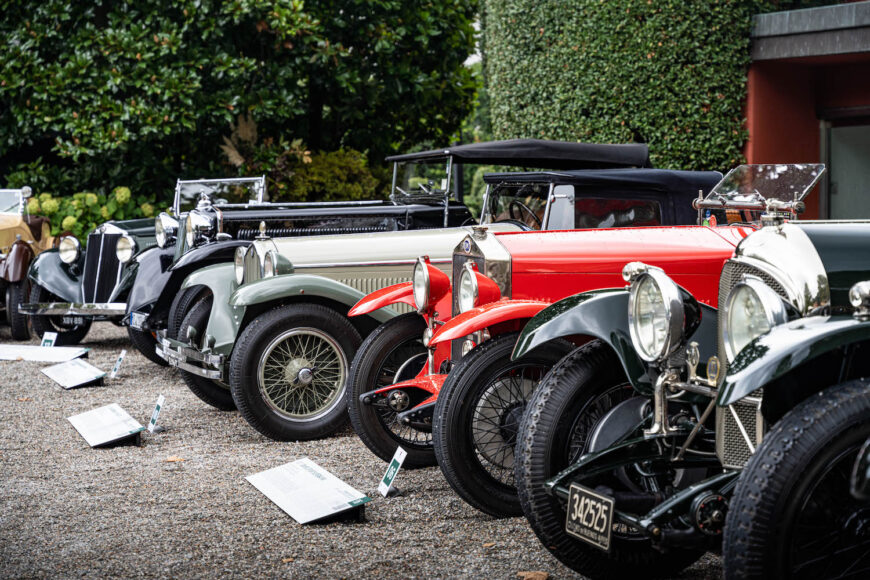 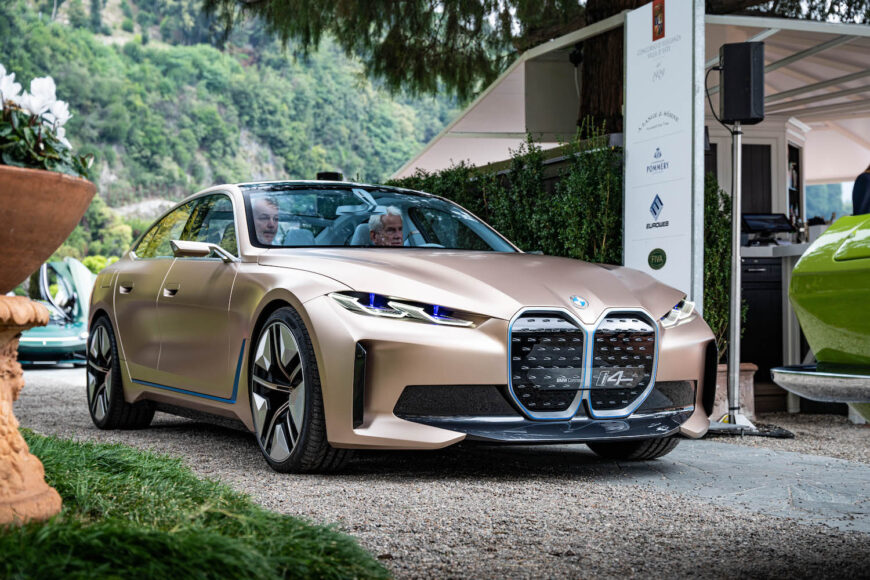 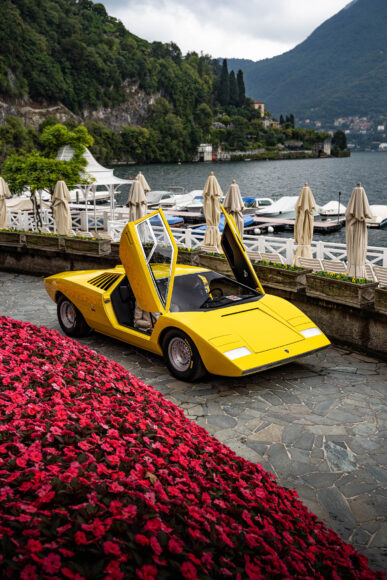 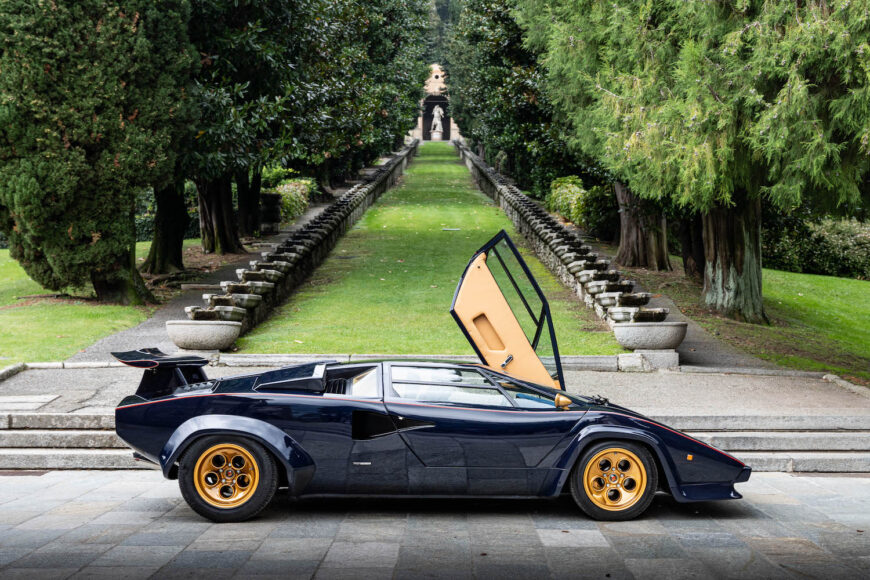 As a child, I always dreamt about attending certain international car events. Of course, as a 10-year-old growing up in Essex, the closest I’d ever been able to get was in between the pages of automotive magazines. Well after a year of baking banana bread in lockdown, trying out every single local coffee shop and scrolling through my phone with reckless abandonment, I decided to tick an event off the bucket list. Concorso d’Eleganza Villa d’Este in Lake Como, Italy. Start as you mean to go on I say.

As you could probably predict, planning a European escapade during these times of uncertainty was definitely a challenge. Given that the UK has just had a public and rather messy breakup with the rest of the EU, I thought I’d rather not endure the extra airport delays. So I opted for the scenic route to Lake Como, via the Côte d’Azur by car.

The major question was then, what car to take? Now the obvious choice was to take my Liquid Yellow Renault Clio RS, I mean a detour via the Route Napoléon was very tempting. However, after much self deliberation, I didn’t think the Clio would be best suited for the Côte d’Azur nor Como. In fact, I was thinking about taking something German. BMW France came to assist and along with them so did the keys to a factory-fresh 420i Convertible.

Now readers, don’t be fooled by my one car solution of a Clio RS, I’ve driven quite a few of the current BMW M lineup and I do somewhat fall into the target market for this car. First things first, the aesthetics. The 420i is a great looking car, you read that right. Yes, the grille is in your face, it’s big, it’s bold but arguably less offensive in a non M Sport guise or M model at least to me personally. Unfortunately, we only get the 4 Series offered in M Sport trims back home in the UK. 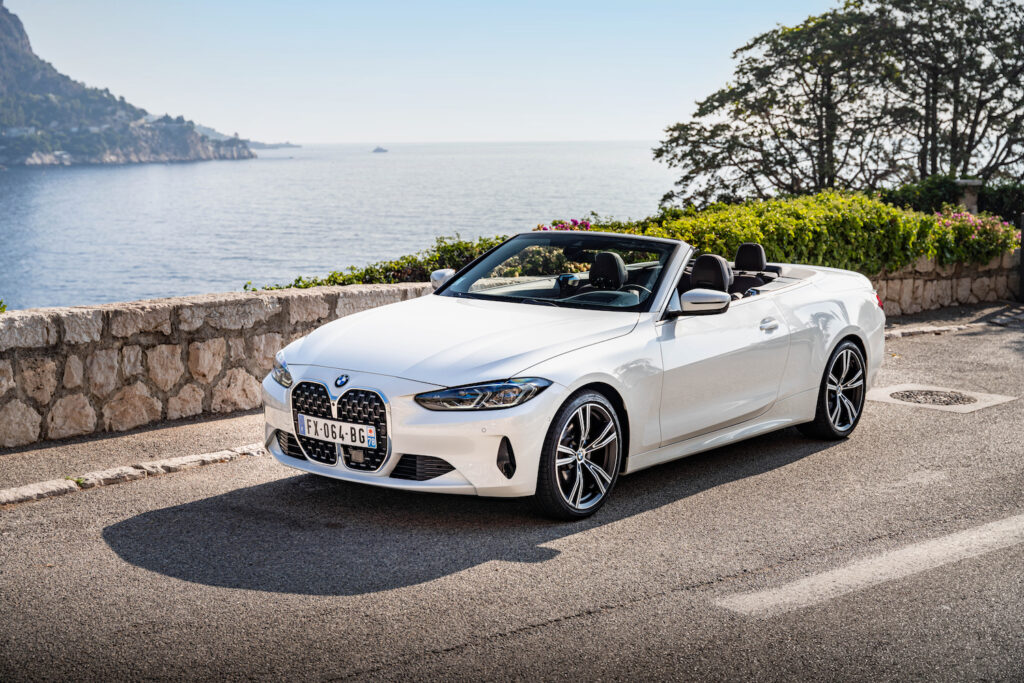 I’m not a convertible owner myself. Living in the UK doesn’t seem to personally warrant the compromise of chassis stiffness and increased cabin noise for the sake of a few days of sunshine a year. That being said, I was pleasantly surprised that the cabin noise in the 420i was very minimal. The 8-speed ZF gearbox was incredibly smooth with little-to-no hesitation when manually shifting in sport mode. Handling was slightly less boaty than expected on the sun stained roads of the Côte d’Azur but you wouldn’t see me stopping at Paul Ricard in it. The B48 4 cylinder, the same engine that’s found in the Mini Cooper S, provided a good amount of poke and didn’t feel underpowered. It also made silly dump valve noises every time you let off the throttle in sport which never ceased to make me laugh. The interior on the new 4 series is night and day from the previous generation. Everything in the interior looks contemporary and in keeping with the rest of the BMW range. The ambient lighting which is standard on the 4 Convertible added an extra level of panache to the interior and really brought it to life at night. iDrive 7.0’s user interface is the perfect blend of familiarity mixed with new features and a refreshed look and graphics. My only gripe with the infotainment system is that I experienced the irritating issue of the popular Apple CarPlay constantly disconnecting or just flat out not working. After much frustration and looking on some owners’ forums, I gave up trying to use Apple CarPlay and resorted to the native Spotify app in iDrive instead which worked seamlessly. Other than that, the car itself was a very pleasant place to be, especially with the roof down soaking up the views the Côte d’Azur had to offer.

I will always remember the first glimpse I had of Lake Como. I was coming from Milan and just remember seeing a glint of sunshine bounce off the Lake as I approached. I was fixated on this mammoth lake that consisted of some of the clearest water I had ever seen, cosseted in between the Italian hills. I parked up in a small car park of a restaurant and took a minute to take in the view. The sound of speedboats skipping along the water filled the air as the Italian sun beat down on me.

As I cruised around with the roof down, soaking in the Italian sunshine, ‘You Only Live Twice’ played in my head whilst I gazed upon a Riva as it glided along the water. There was only so much time I had for sightseeing though. After parking in the visitor car park and being chauffeured onto the estate in the back of a 7 series, I had finally arrived at the place I had been dreaming of all these years.

Villa d’Esté was built in 1568 by Pellegrino Pellegrini as a summer residence for the Cardinal of Como. Boasting twenty-five acres of private gardens, renowned sixteenth-century architecture and a staggering view of Lake Como, Villa D’Este has many features on the estate to flaunt. I stood in amazement at the splendour and opulence which surrounded me. The estate, fashion and automotive royalty in attendance really left an impression.

Like every event that managed to take place within the last year, Concorso d’Eleganza Villa d’Este was also affected by restrictions and delays. The event itself was moved from May and subjected to strict numbers around press and private VIP guests – General admission wasn’t even available. Had I not been made aware of the restrictions prior to the event, I would honestly not have noticed given how well the event was orchestrated by BMW Group and BMW Group Classic. The only component which couldn’t be meticulously organised was indeed the weather. As a result of the Gods quite literally raining on the parade, on the final event day some cars were left in the car park such as the Rolls Royce Boat Tail.

My favourite category must’ve been Class H, The Next Generation: Hypercars of The 1990s. The lineup on show consisted of some of the greatest contributions to the automotive industry from the 80s, 90s and early 2000s. Drool-worthy Supercars like the Porsche 993 GT1 Straßenversion, Mercedes-Benz CLK GTR, Bugatti EB110 SS and McLaren F1 were perfectly arranged on display in the courtyard. Even a car lesser known by the masses, the Isdera Commendatore was in attendance and went on to win the award for this category.

Not only that, there were some undoubtedly priceless classics on show. The vast selection of classic cars included the well-known fan favourites like the 300SL, 250 California SWB and 250 GTO. But there’s more. There were also lesser-seen cars like the Alfa Romeo 1900 C Sprint Supergioiello and FIat 8V as well as the iconic BMW 328. The plethora of cars on display was so extensive that there were even some cars I’d never heard of before.

A great example of this that springs to mind is the beautiful one of one BMW 2800 GTS Frua. Finished in this vibrant metallic green, this E9 2800 CS was entirely re-bodied by Italian Coach Builder Pietro Frua in 1969. The result is dramatically different and almost unrecognisable from a normal E9. This definitely was the ‘classic’ of the show for me, the lines and the colour were just far from anything I had ever seen from BMW of that period. I would even go as far to say that it may be the most striking classic BMW I have ever seen in person. 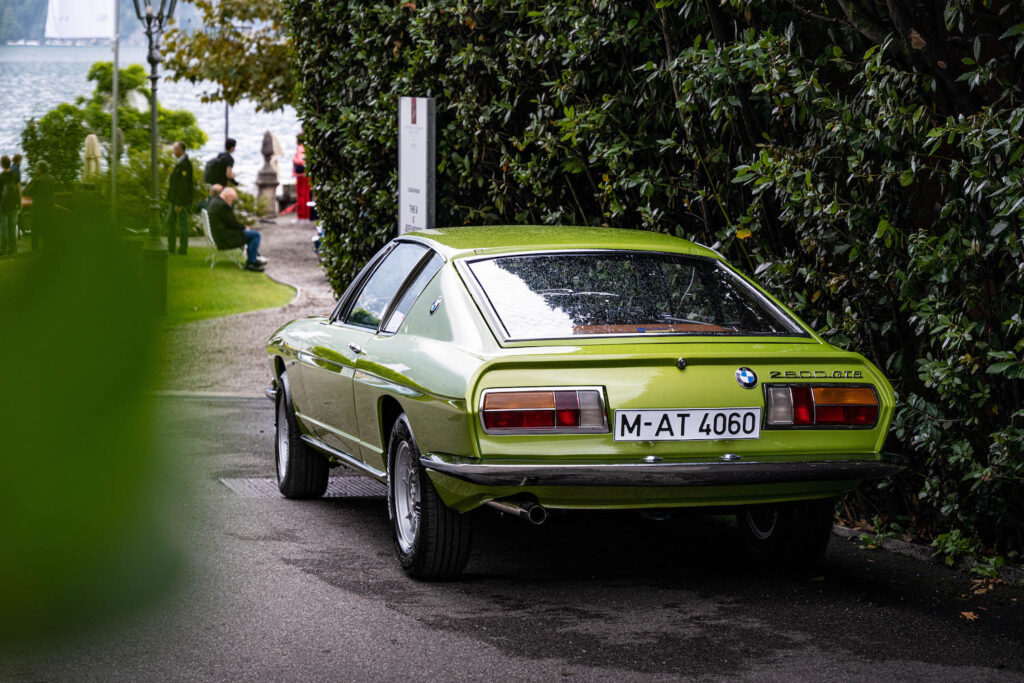 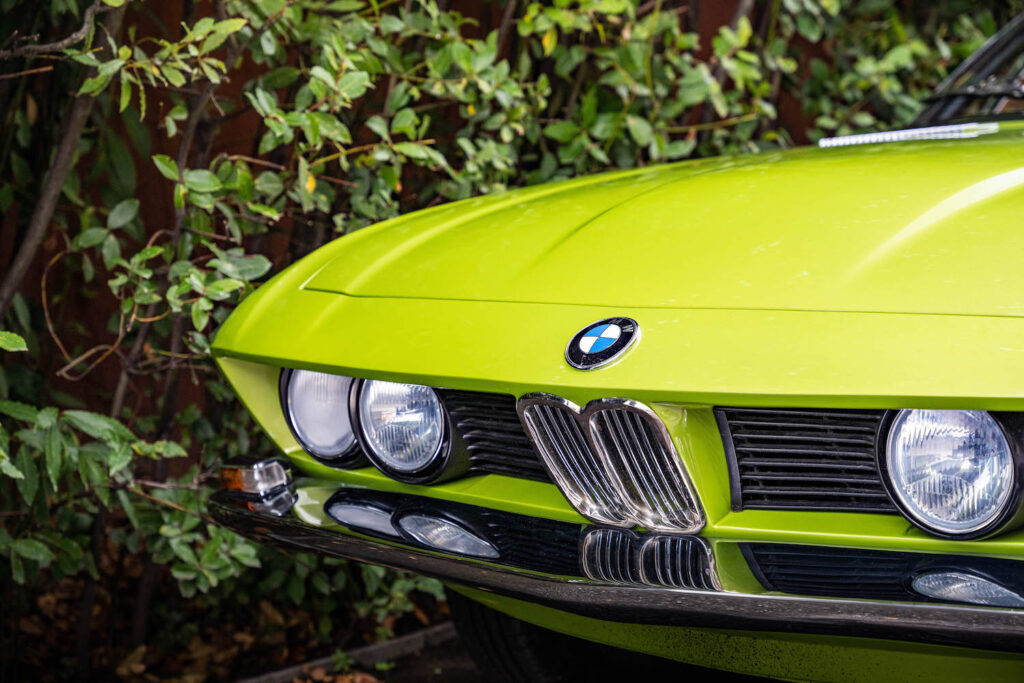 Of course it wasn’t just all classics and 90s supercars, the latest and greatest were also shown by the likes of BMW, Rolls Royce and Bugatti as well as Pininfarina. BMW featured a selection of BMW M cars and their two flagship all-electric BMW i models, the i4 M50 and iX. Rolls Royce tucked away the Boat Tail in the underground car park and instead showed a variety of Phantoms and a Ghost EWB. Bugatti drew the crowds attention with their super limited Centodieci, a limited-run hypercar based on their W16 Chiron platform which pays homage to the legendary EB110. And finally Pininfarina presented what I think is the best looking electric car in the world, the Battista. Pininfarina is known for designing some of the best looking modern Ferrari’s such as the Enzo, 575 Maranello, 458 Italia and F12 Berlinetta. It’s no wonder why the Battista has the perfect balance of aggressive sharp lines mixed with a traditional silhouette found on a mid-engined supercar.

Lamborghini even bought their ‘new’ Countach. No, I’m not talking about the recently unveiled LP1 800-4, I’m talking about this wonderful yellow wedge that is the LP 500 Countach Prototipo recreation. This for me is the ultimate expression of what the Countach is. It sounded raw and angry when it started up, a pure and unfiltered Italian V12 that could be mistaken for an old plane if you weren’t looking. The original LP 500 Prototipo was destroyed during crash testing but now thanks to Lamborghini, a legend is reborn. 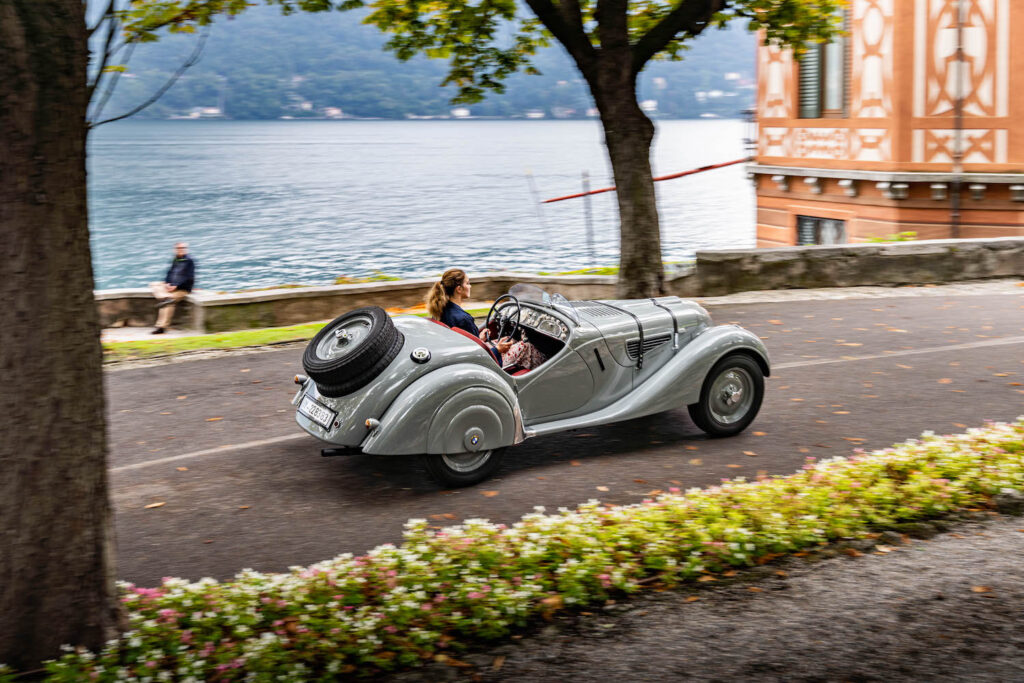 If you like me, are someone who had always dreamt of attending Concorso d’Eleganza Villa d’Este, I strongly urge you to make the trip. Of course, if you already frequent this automotive extravaganza every year I’m sure you’re as besotted with this event as I am. Much like the opening credits of a Bond film, the sun shines over the Riva’s on the Lake and glints off of champagne glasses as the chatter of the crowd and clinks of glasses build. Roaring engines from the eras echo around the estate whilst men and women gaze upon them through Gucci tinted shades. As well dressed as the guests were, this felt like fashion week but the models coming down the runway were in fact the cars.

To be a spectator of this event’s grandeur is an experience in itself, the cars along with the setting created an atmosphere like no other event I’ve attended. Concorso d’Eleganza Villa d’Este is back on track for May 2022, I’m sure I’ll be in attendance. The question is – will you?

Roger was born and raised in Essex, surrounded by the car culture of the late 90’s and early 00’s which has fuelled his adoration of cars ever since. The proud son of two Hong Kong immigrants, Roger has an equal passion for cuisine, travel and exploring new cultures. Since 2015, when he started pursuing photography Roger has worked with some of the world's most significant car manufacturers from McLaren to Maserati and BMW. Roger’s work has been featured across The Review's automotive articles and his work can be seen via his social accounts.

It was last November when I first received word that a new Japanese-Italian restaurant was opening in Dalston, East London.