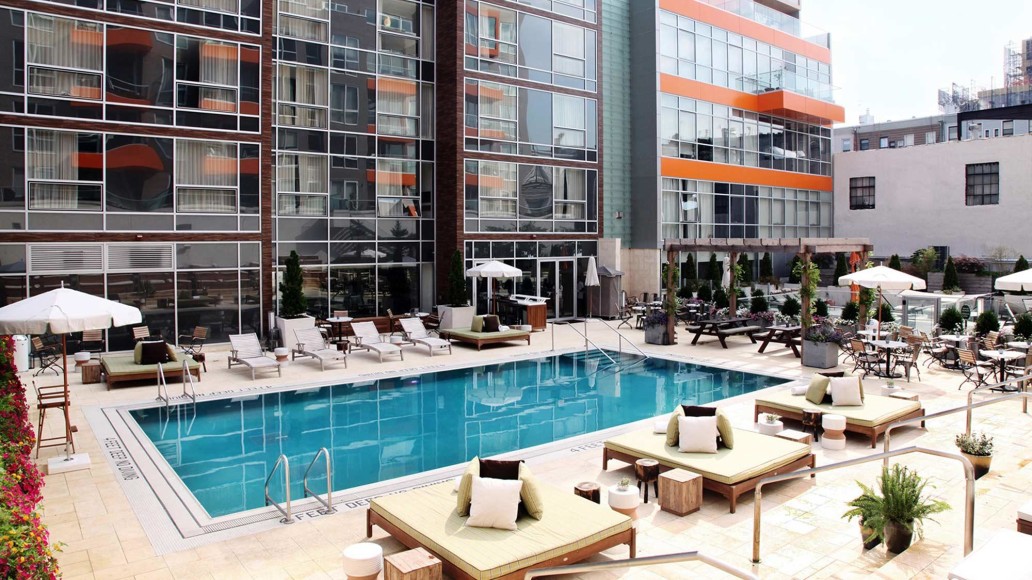 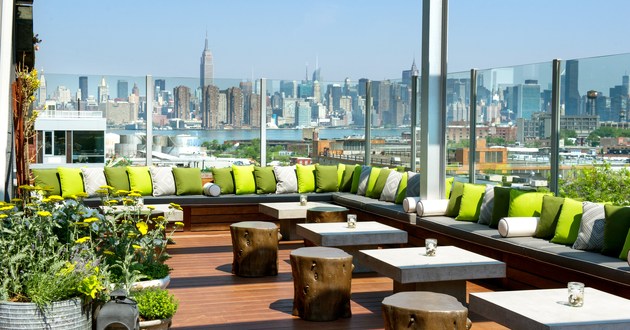 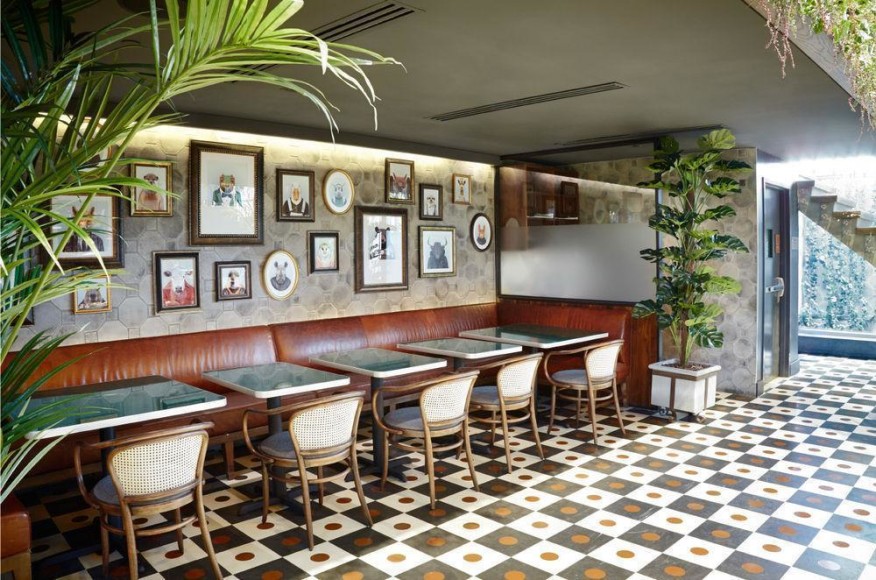 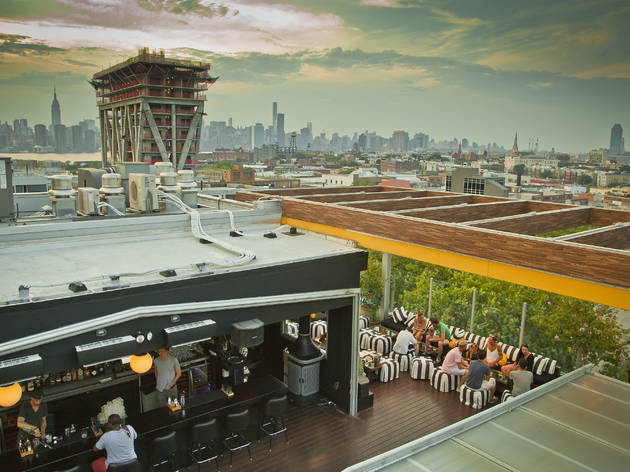 With a lifetime of friends and family on my shoulders, all nudging me to visit New York City, I finally arrived in Manhattan in late October, by car. I only mention the mode of transport because this was my first time driving in the US, and I had only been in country for a week.

Driving in New York allows for the rapid secretion of sweat from the palms. As anyone who’s seen an action movie based in New York, you expect to be the victim of an 80s’ blockbuster scenario, involving a multiple car pile-up. At any minute, I could be holding my hands out of an upside-down vehicle shouting, ‘I’m English, don’t shoot.’

The reality is, I’ve never driven on easier roads: the lanes are wide and accommodating, and the tarmac is smooth and glorious. (I feel a sudden and unrelenting grudge brewing against the British road system.)

The rain poured down a grey Manhattan skyline, as I followed the satnav towards Brooklyn, reminding me of the opening to a Godzilla movie, and which gave me a joyful smile. My co-pilot, who had been to the states many times, was asleep, thus leaving me to navigate the simplistic one-way system alone. This gave me time to geek-out at the overwhelming architecture, whilst I scouted for any of the locations used in the original Ghostbusters. I realise I sound sheltered at this point, but remember that the original was released in 1984, and is widely regarded as a cult classic. I was in my element.

Arriving at the McCarren Hotel can be a breeze, if you’re driving or in a taxi. Don’t be put off travelling by subway though, as it’s just a few stops from Lower Manhattan, and your trip on the L service will give you the perfect entrée into Brooklyn life before taking the deep dive into its unique culture.

The McCarren Hotel is just a 30-minute walk from Manhattan, which gave me enough time to realise that it is impossible to get lost in Brooklyn. Whilst London will always have my heart, the grid system in the US does make life a hell of a lot easier as a tourist.

If you are really stuck, heading towards the big buildings always seems to be a winner. Finding your way back is as simple as counting the avenues backwards, no matter how inebriated you might be. Why don’t we have this system at home?

As I pull up in the Dodge Durango, two staff members immediately come out to help with my baggage. ‘Do I have tip money?’ I think to myself, as they insist upon helping. No, I don’t. I forget that this is a common courtesy, especially in the city, and I do my best to be as apologetic as I can without looking like it’s my first time in New York.

We are made to feel incredibly welcome in a refreshingly personal way, and they waste no time in answering my quick-fire questions. “Yes, there is a bar, it’s on the top floor.” Thank you, random American, whose name I missed, because I was staring at the sign saying ‘Pool this way’.

The pool was closed, sadly. Winter months don’t attract weekend-getaway, poolside cocktail drinkers like us in the UK, who will brave Brighton beach at the first glance of 15 degrees. They did sell ice cream at reception though—very tempting.

On first impressions, my room was rather small. I suppose after a long day of driving, I gave myself permission to be a little grumpy about something.

“No problem, Mr. Ralls, we’ll have a bigger room for you in just a moment.” The reception staff said, now making me wonder if I said it politely or not. ‘I’ll just have to make sure I get some extra tipping money to show them my appreciation later. There’s only so many times I can shuffle my feet and sound like Hugh Grant to veil my embarrassment.

The first thing to visit here is the skyline-view, rooftop bar. You’d think having your hotel room on the floor below, you’d hear all the noise of this place. But it seems they’ve taken extra care in soundproofing; a little extra nod of approval there.

It’s rather easy to sink into the warm and welcoming environment and absorb the tropic themed surroundings without spending a fortune. Which is refreshing, in what’s considered to be one of the most expensive cities on earth. That said, it really isn’t. It doesn’t even make it into the top ten, and neither does London according to the Economist Intelligence Unit’s biannual report. Utterly astounding.

I’d heard that Brooklyn had the best views of Manhattan—and in short, the views alone are reason to visit. I’m appreciating every moment as I wash down my first day in one of the world’s most popular destinations with a beer.

I manage to embarrass myself by asking for a bottle opener. You’d think I’d never seen a movie in my life. The bartender was polite enough not to laugh, as he opened it for me by hand. Why hand it over unopened, I ask myself. Who wants the beverage sealed for posterity?

The McCarren hotel takes great pride in polishing the finer details. It may not be a historical building, but the architectural style is unique to its surroundings and the rooms are what I like to call ‘cosy in bulk’.

The main question: did I sleep well? Like I hadn’t slept in weeks. Still, the buzz and excitement of an NYC adventure forced me out the door and onto the L train, which takes a mere 15 minutes to get you into Manhattan.

There are several ways to experience Manhattan; I always feel the best way to explore any city is on foot. I had a few locations to tick off the list and who needs the top of the Empire State Building or The Rockefeller, when you can nerd out at the front of The Hook & Ladder (Ghostbusters HQ). You can easily walk from there to Ground Zero, where I bought a slice of pizza that I realised I couldn’t eat politely, given the respectful silence of the location.

It’s worth noting that, if you’re a keen photographer or want a tourist itinerary, the hotel staff at the McCarran can provide more than enough fodder for your trip.
The same goes for the local bars in Brooklyn, where you’ll be spoiled for choice.

It’s only too easy to take an afternoon out to kick back and grab a beer in one of the thousands of late-night venues. Only two-minutes’ walk from the hotel is the Brooklyn Brewery, which not only offers top quality beer, but live music, bowling and rich local culture. Well worth the $10 entry. I ended up there twice (which is rare for me).

Whether you’re a first-timer to New York or returning to find something new, you’ll find the McCarren Hotel a vibrant and fruitful reflection of Brooklyn.

To make a reservation:

Wareham joined The Review team as a junior member of the writing staff in 2016. As an entrepreneur and writer working in both the education and hospitality spaces, Luke's need for downtime is insatiable. Whether visiting cocktail bars in New Orleans, taking lunch on Lake Como or flying over to Bondi to see family, you'll not find the Wareham clan in one place for long.

When you say ‘family run hotel’ in anything other than an RP or cut glass accent, one conjures up images of a portly house-wife serving highly questionable shepherds pie from a guest house in Dursley. Perish the thought my well-healed well to do’s. Deep in the heart of royal London is the last family built and run hotel in the city. In 1910 otto Richard Goring opened the ho- tel that was to become the darling of The Queen Mother. now under the tutelage of Jeremy Goring, the hotel has earned itself the commercial license to print money that is, a Royal Warrant. ‘God Bless You Ma-am’. It’s locality to…