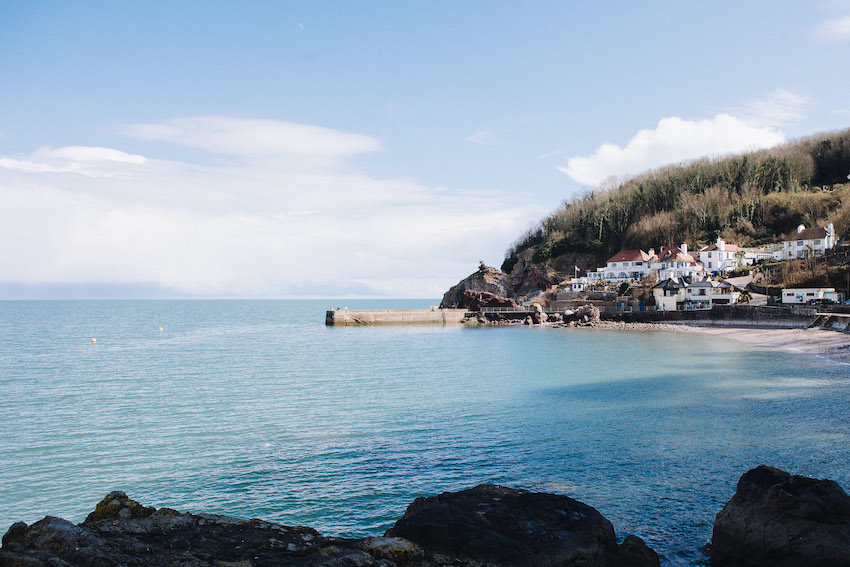 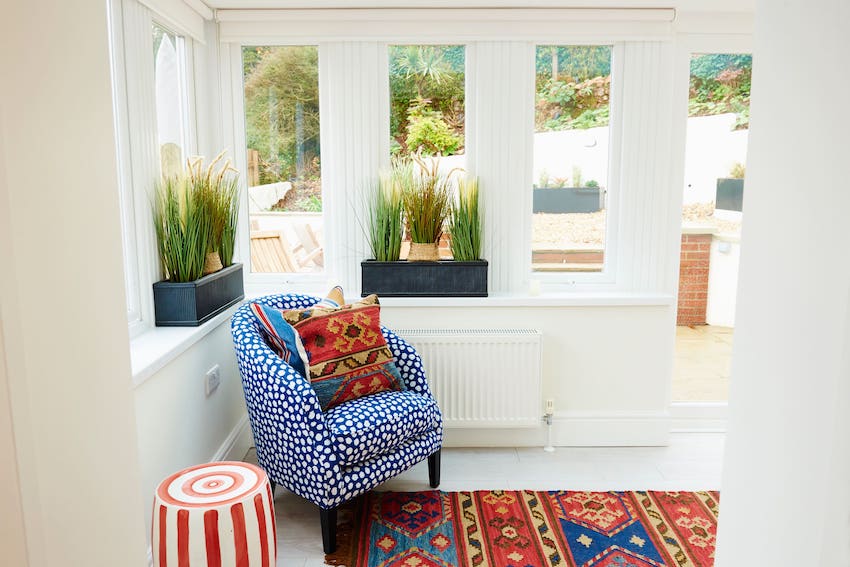 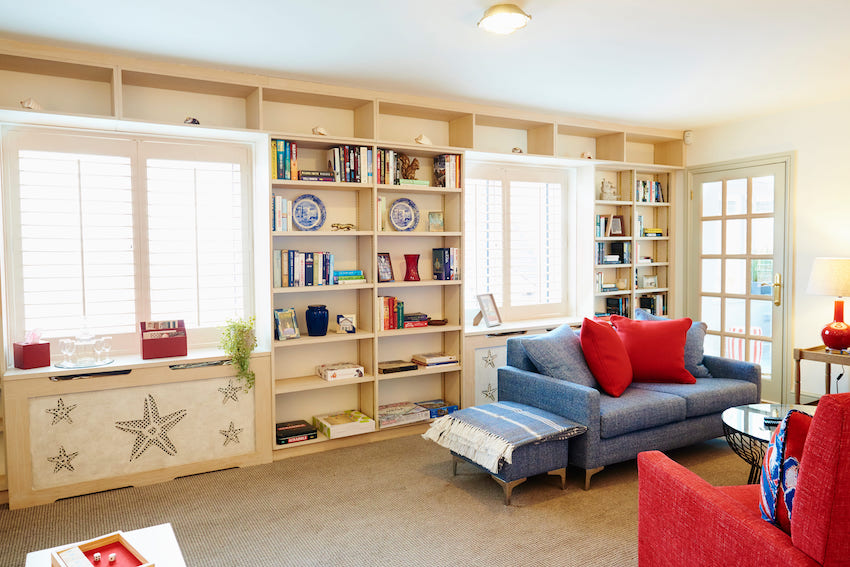 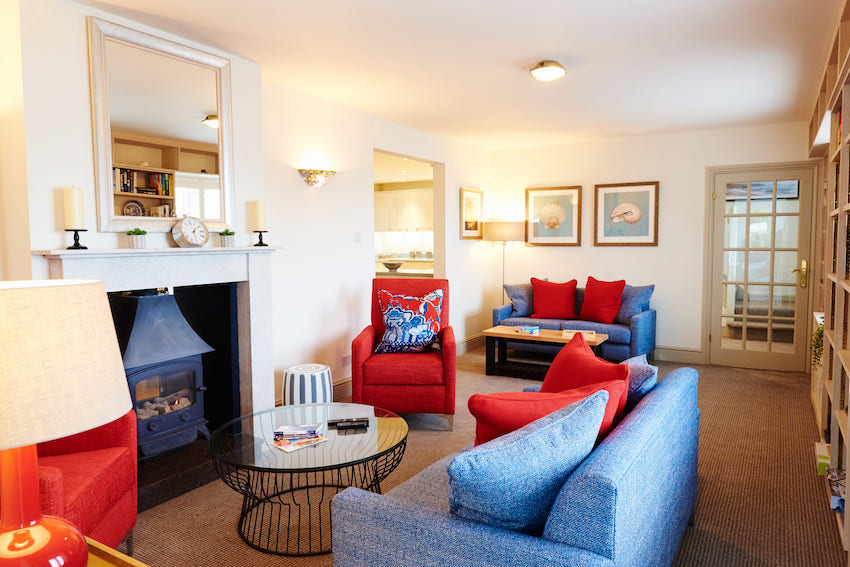 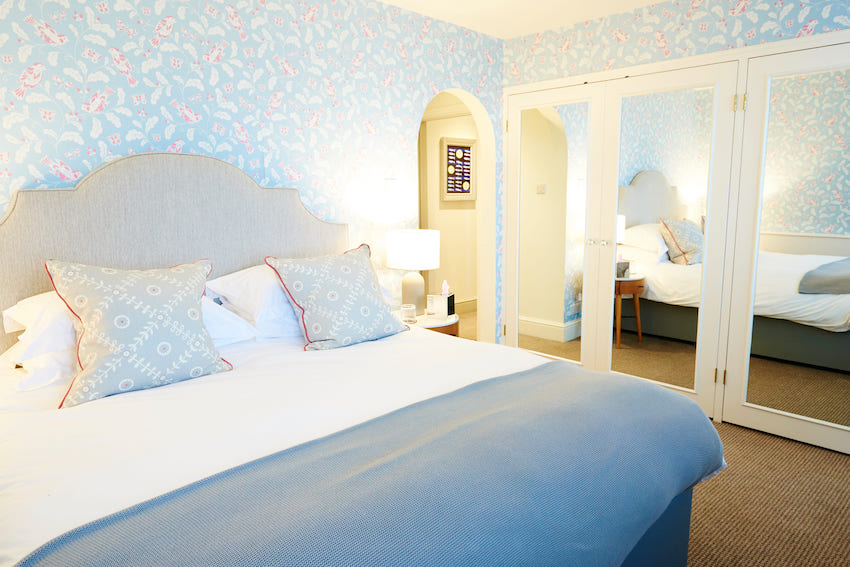 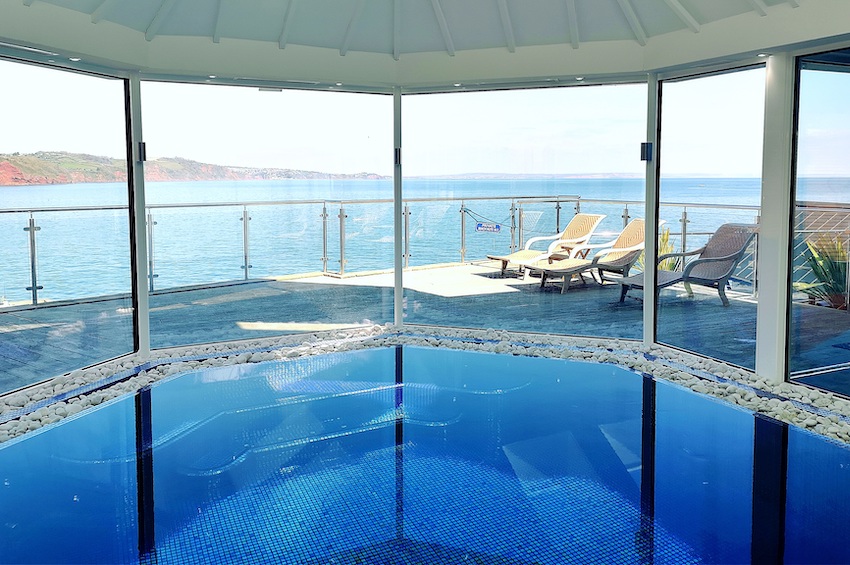 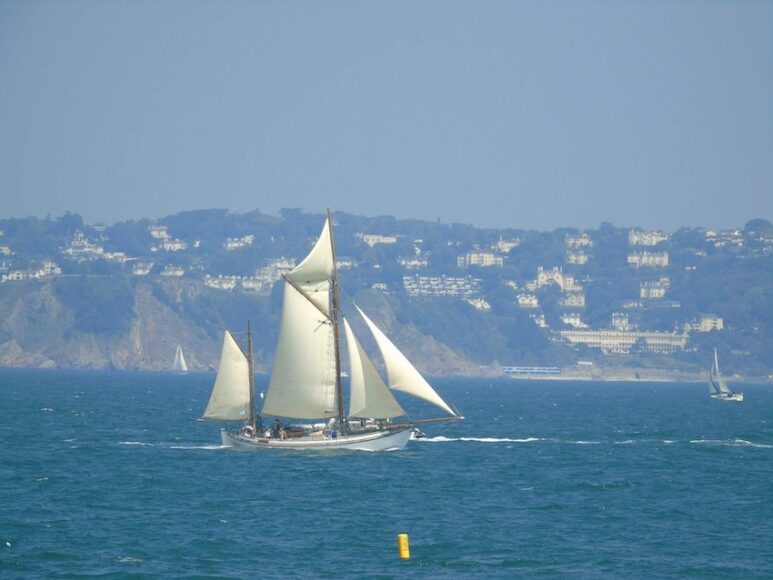 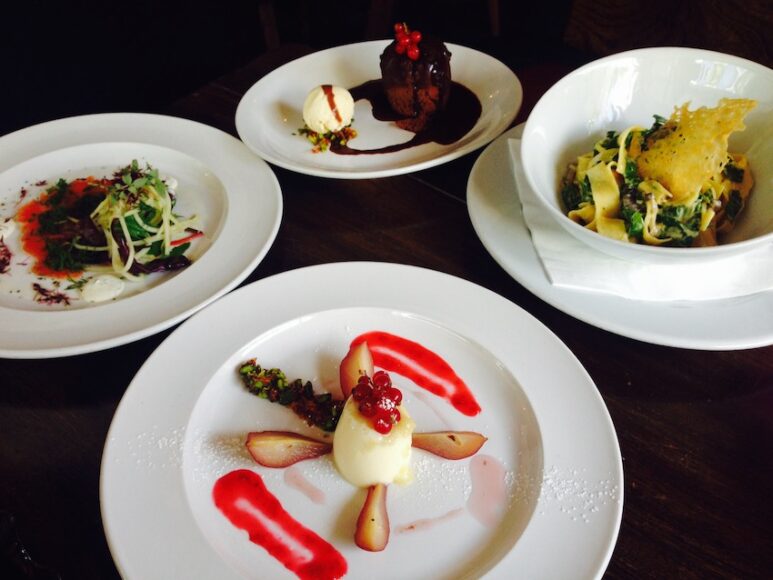 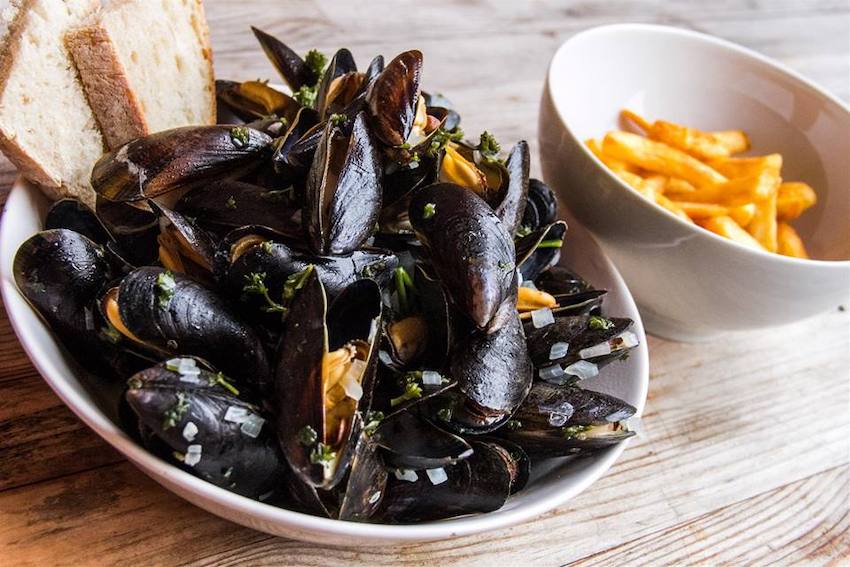 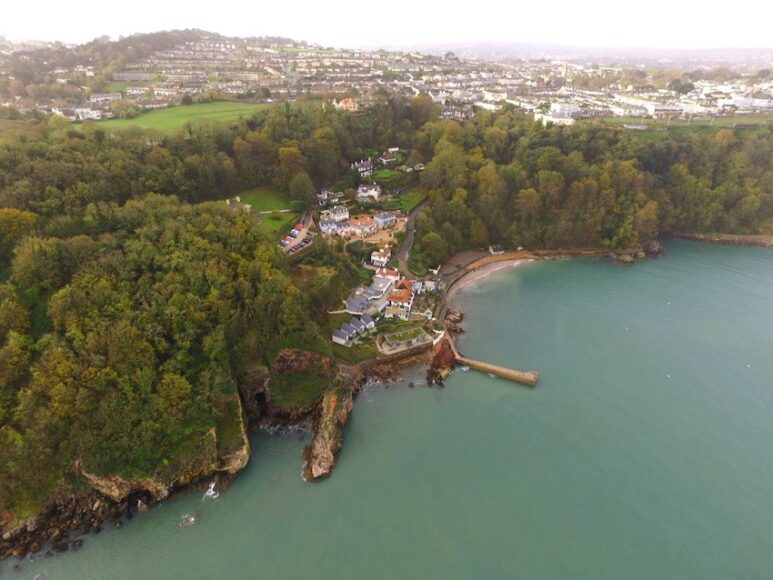 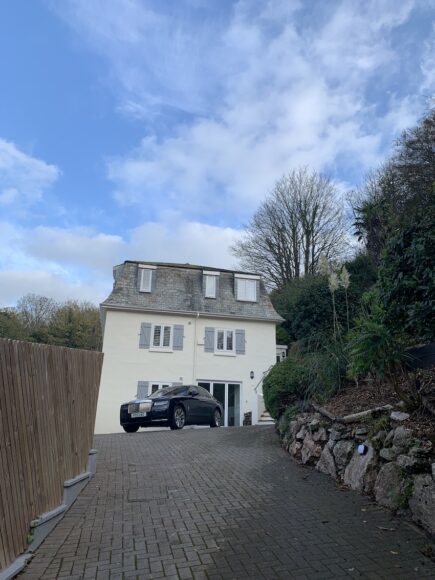 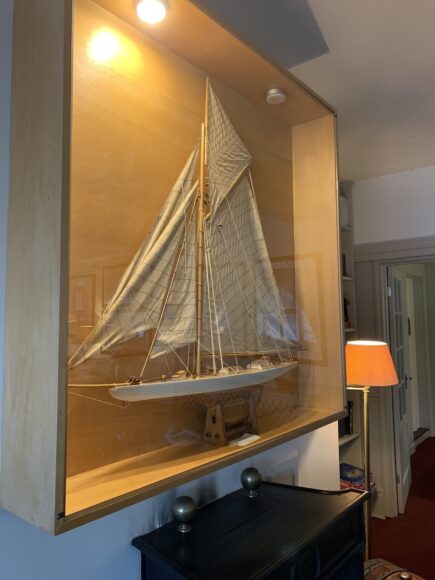 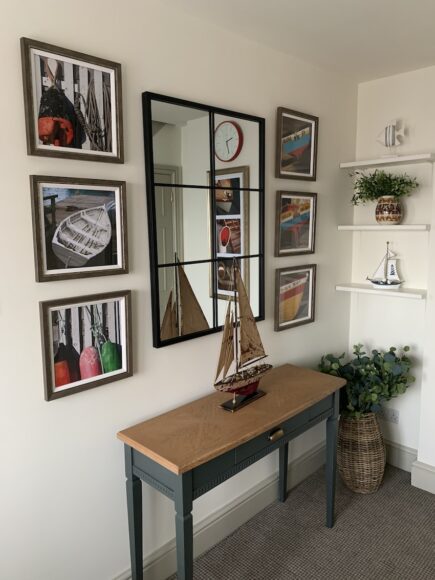 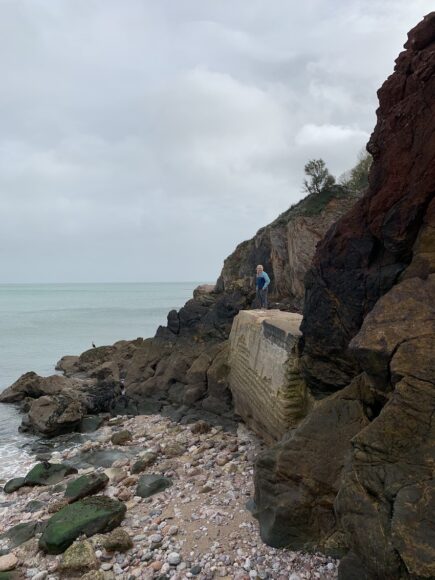 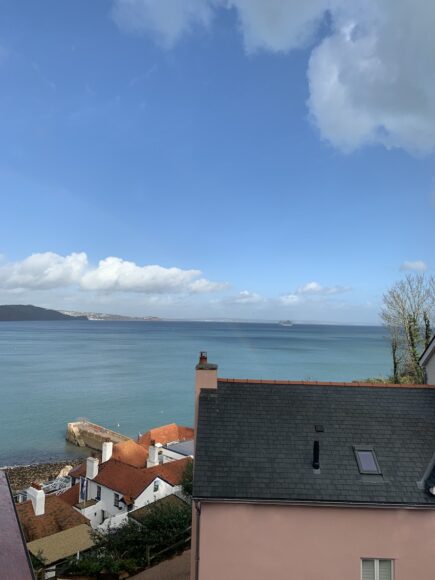 I should start by talking about the provenance of the local area, of the coastal beauty of South Devon, and the steeped history that the Cary Arms and its outlands hold. I should regale you with grand tales of the gaff yawl “escape” and the vision as she rounds Long Quarry Point. But the first thing that struck me about Foxes Walk, one of the five traditionally restored seaside cottages on the estate, was the rotating 2.5-ton Rolls Royce Ghost on the drive. If that makes me sound more than a little bovine to you, let me remind you that Queen Victoria used to moor the HMY Victoria and Albert in the bay of Babbacombe and row ashore with Prince Albert. ‘It’s a beautiful spot with red cliffs and rocks with wooded hills like Italy and reminding one of a ballet or play where nymphs appear — such rocks and grottoes, with the deepest sea on which there was no ripple.’

I decided to moor the new Ghost with more than a little help from the hotel’s staff.

Arguably, the arrival road to the cottage could be considered by anyone but downhill mountain bikers as steep. The estate is spread over several levels, centering around the nineteenth-century inn. There are ten bedrooms, plush beach huts and suites, and a handful of fishermen’s cottages, with the grandest sleeping up to nine people. No points for guessing where we plumped to rest our heads, then.

Foxes walk cottage, nestled above the main inn and surrounded by Babbacombe’s 300-foot cliffs is worth the journey alone. In addition to sleeping nine, the property has a games room, hot-tub and terrace, private garden, and for the child in you, turntable parking. It’s not like I haven’t seen cars on revolving stands at Geneva and alike. but not very often do I have access to the controls. That being said, once the Ghost was situated, we left it entirely and didn’t think to leave the bay once, despite being a short trip from the harbour towns of Brixham and Dartmouth.

Having booked ourselves into the private spa, there wasn’t a lot of time to explore. So after stowing our gear, we made our way down the path to the main inn. You’ll find many vintage model ships, compasses, brass searchlights, and general sailing ephemera with vast nautical prints and paintings adorning the walls. I was tempted to borrow a fishing rod from the Peter de Savary collection and try my luck with the other fishermen on the pier for mackerel, black bream and bass, but given my lack of land fishing, I decided it was best left to the weathered.

The spa is a private affair and features a steam room, hydrotherapy pool, gym, sauna, sun terrace, exotic experience shower, and of course Thalgo facials and massages. There was a brief moment of consternation when we arrived to find a lovely couple in the spa, somewhat unconvinced that we had booked first. At this point, I would usually have opted to either charm and disarm – or fire up the ‘my way’ bulldozer. Instead, I left the ample staff to iron it out and headed to the members’ lounge for a coffee to stare out into the distance. I was already starting to feel rather relaxed, so decided to simply go with the flow. Once we had occupied the spa and planted our flag, I floated motionless in the hydrotherapy pool, looking out to sea across Lyme Bay. I needed the escape.

The spa benefits from a range of Thalgo treatments, a brand that has spent over 50 years harnessing the riches of the sea. I had opted for the Joyaux Atlantique massage, a treatment that comes complete with a full body scrub using Thalgo’s pink sand, and soothing massage using clear quartz. Take note, Raybold. I couldn’t tell you if it was the masseuse’s hands or the products themselves, but I am slightly saddened at how far I am going to have to travel to get the same level of treatment again. It was sublime. I didn’t realise how much tension I held in my lower back until it was expertly broken down for me.

We returned to the cottage to relax and change for dinner – and so began the exploring. Foxes Walk is a coastal retreat in the truest sense. From the beautiful soft furnishings in the living room to the nautical prints and model ships. The sea view conservatory and terrace with hot-tub also got a lot more play than I thought it might, given the less-than-inviting temperature in October. It became the perfect place to romance the coastline with a coffee in the morning. Ideally, we would have arrived with a large group to take full advantage of the property, but instead of using the eight-person dining table for supper, we unfurled a sizeable puzzle.

Yes, we were becoming ‘those’ people. Had dinner not been on the horizon, I suspect we would have stayed at the table and opened another bottle of wine. Foxes Walk became our home, far faster than any other property I have ever stayed in. Dressing gowns and open fires became the order of the day.

We were seated in the Wheel House for the duration of our stay, an area within the restaurant enclosed by original stone walls and panoramic views out to sea. To start, order the Cary: Koko Kanu, coconut water, crème de violette and lime. It sounds like an assault on the senses, but when you need to remove your addled mind from the real world, I prescribe two or three to do the trick. The menu is seasonal gastro-fare using local ingredients, and more than enough seafood to satisfy even my glut. I opted for the smoked mackerel followed by the baked trio of fish, which varies depending on the day’s catch. I’m not sure if the kitchen chooses to fish from the pier at all – that’s probably a little too artisanal. Not to mention the local seal and dolphin population are pretty renowned for staking their claim in these parts. Try the orange polenta cake and a glass of pretty much anything from the de Savary cellar. It’s a thoroughly lovely place to be.

Breakfast is an equally fine affair, with bubble and squeak, eggs benedict, pancakes and pastries. This put us in good stead for the half-mile swim and the beautiful stroll down the coast. If you’re not here to fly and flop like myself, you can enjoy the South West Coast Path National Trail and its 630 miles of well-carved walks. So, something for everyone, indeed.

The one thing I have yet to tick off my list at the Cary Arms is a jaunt aboard their 43-foot gaff yawl built by Kristensen in Norway in 1937. I can see the property and cottages being the ideal private booking for a large family escape. Imagine setting sail from the pier, hoisting the sails in your thickest cable knit jumper, reminiscent of a young Kennedy. A return to this chic coastal retreat is on my dance card for 2021, I assure you.

For further details and to book, visit: caryarms.co.uk