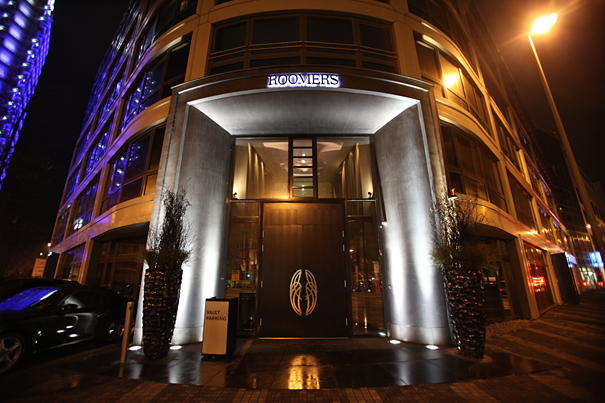 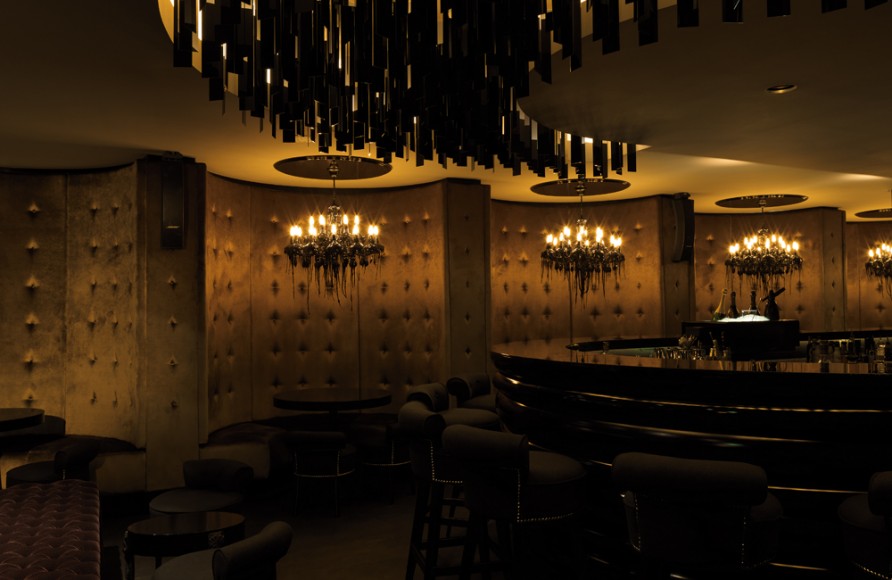 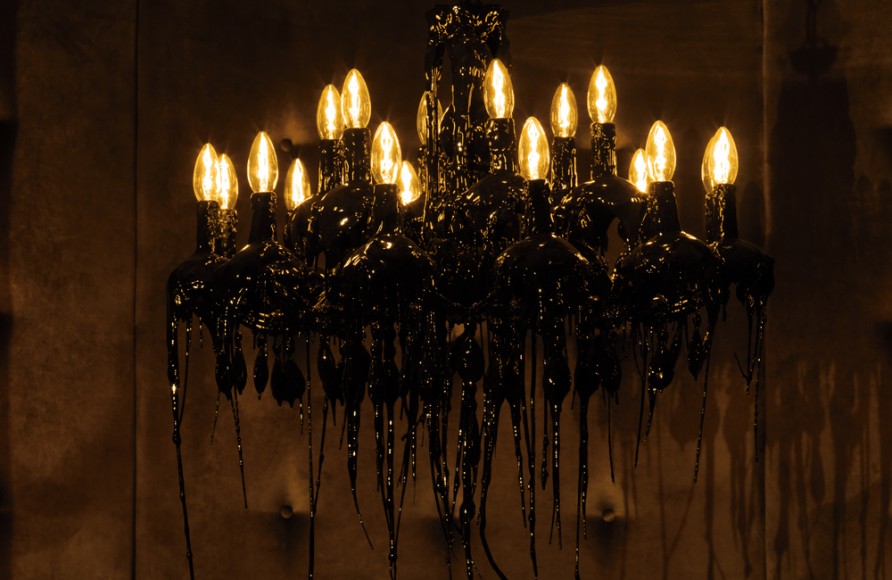 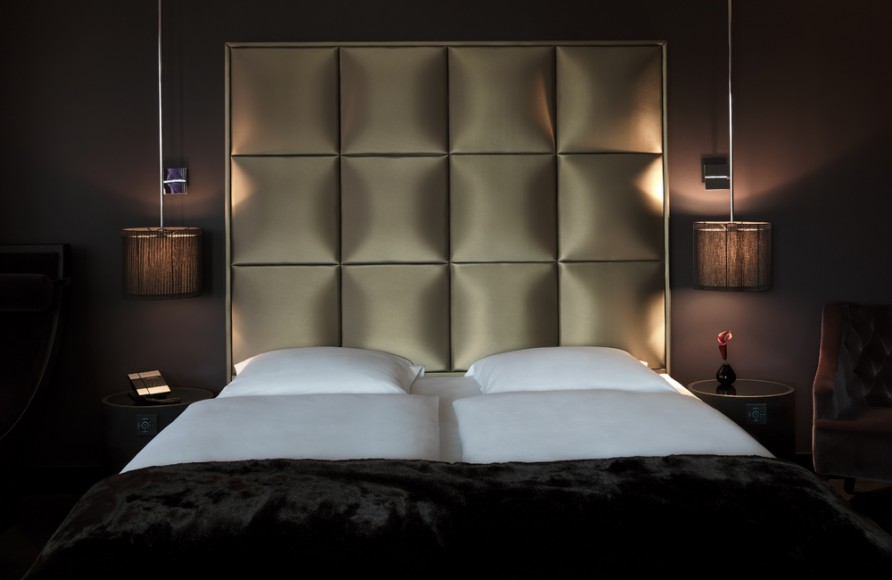 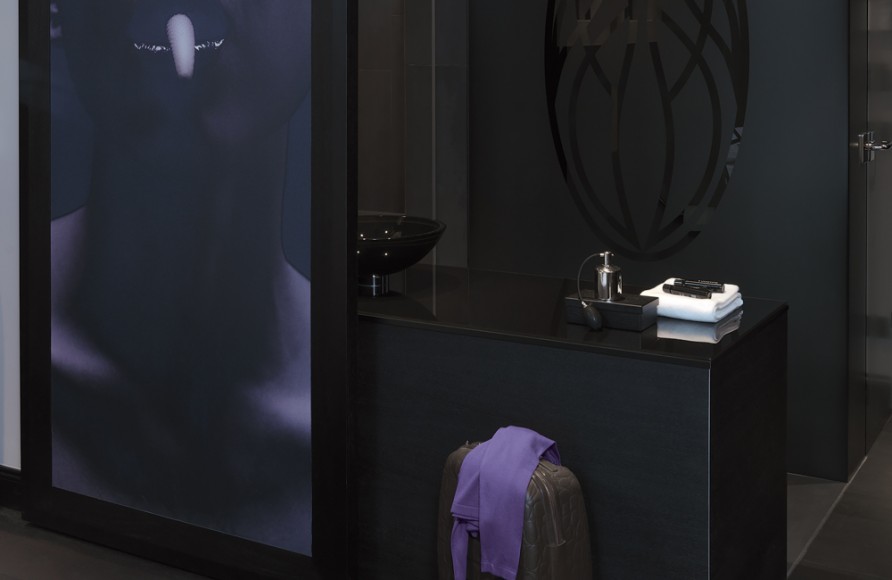 There are a lot of sequined items in my wardrobe. One morning, after a night trying to smoke Viagra in a shisha, one particularly brilliant male friend of mine came downstairs to breakfast wearing them all at once, like some sort of bejeweled butterfly from a grey chrysalis amongst last night’s fag ash. Roomers was a place for some sequins I thought, albeit one item’s worth, with more cocktails and less Viagra.

Roomers in Frankfurt, Deutschland, is a ‘lifestyle’ hotel (exchange lifestyle for sexy, or even just sex). It’s in the ‘Design Hotel’ league, having been created by Grübel (BMW on the résumé) and the Romanian designer Oana Rosen, and boasts an air of fantasy. You’re handed a homemade rum cocktail from the adjoining Roomers Bar upon arrival. It is sleek polished concrete, black lacquered surfaces, classy and cool. Possibly a bit too cool for sequins. The suites are furnished with fur accents; have a top-notch ipod docking sound system and huge mirrors opposite the bed and in the shower, but fear not dear reader! The lighting is so sensual you can’t see one pimple of fat fudge on your behinds (I tried looking from a few angles…. No, not like that you dirty sod). There are light switches everywhere, apart from (infuriatingly) by the front door, for all eventualities. There is even a love-making setting (press the button with the book on it). I jest. On to the bar!

Paul and I arrived early to one of four reserve-able tables in Roomers Bar, underneath a candelabra dripping in solidified black ink and met Miguel Fernandez, the head barman. I confess to be a spirit philistine, owing to my gluttonous relationship with wine. Switching to cocktails often renders me legless, armless and speechless after trying to satisfy my well-worn wine waist with numerous shot-volumes of 40% sips. I air-headedly told Miguel I liked ‘flowery’ flavours and ‘light-coloured’ spirits, upon which he returned with the Last Word (I thought he was trying to tell me to be quiet) – which was delicately delicious – complete with the story of its creation at the end of prohibition. Miguel was not just a very, very, very pretty face.

By this point we were nicely sozzled, the DJ had arrived and we were getting down to some serious people watching. Beautiful women walked in two-by-two like it was a sexy Noah’s Ark.  Rich silver fox-haired men with too good looking/young/many brides and a swarm of social climbers. After a few more drinks it ended with me eyeing the crowd and confirming that at least one of these Father Christmases had some Viagra, and at least 20% of the clientele would smoke it with me.

I’ll add in the Bar’s CV now, as it was integral you read my babble first before forming your own opinions. Best Hotel Bar 2012, Best Bar Team 2011, Top 5 hotel bar 2013, 2012, 2011. And the list goes back to when it was first opened. It doesn’t even need this review (although it definitely did if my editor asks) when there is a barman on the door turning up to 200 people away on weekend nights. Don’t turn up fashionably late – turn up eagerly early so you get in and enjoy it until ‘last man standing’o’clock’, then sashay up to your furry, mirrored bedroom, and flick on the book reading light for some ‘reading’. When the sun comes up (or long after, in our case), roll down to a long and late (I’m talking 1.30pm finish here) Sekt breakfast. Ooh, and there’s a mechanical massage table upstairs in the top floor spa you can then lie on for 5 hours until the bar opens again. That’s where I left Paul. Now, where’s that shisha…

When I was taught the finer points of disaster recovery, I was in my twenties and was certainly not expecting to learn that the majority of data loss is caused by planned downtime, not floods and fire. However, this does not mean that you should ignore such natural disasters. The digital age means that more and more people are backing up their data to a storage device and putting in a draw for safe keeping. This of course is moderately acceptable if your just backing up your mothers recipes and risqué photos. However when it’s your company accounts and emails you really ought to have something a little more developed in place….