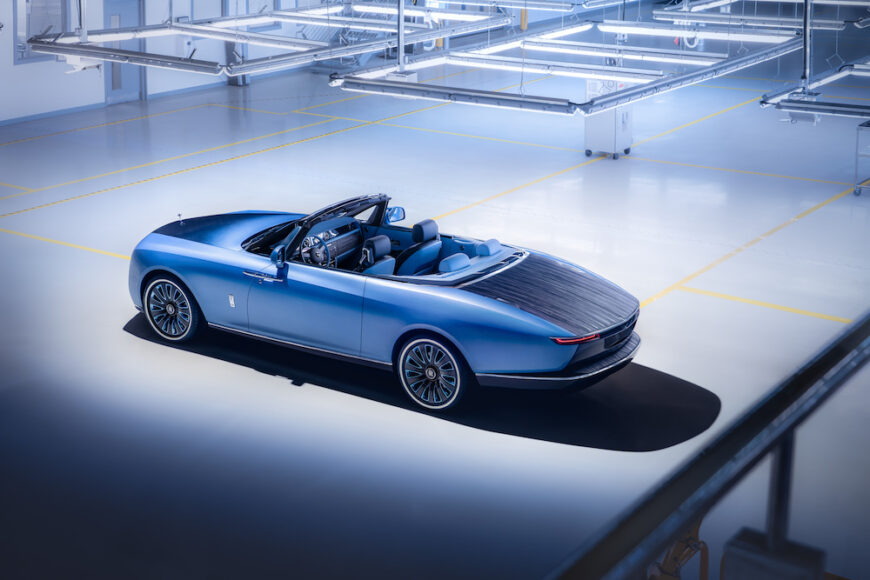 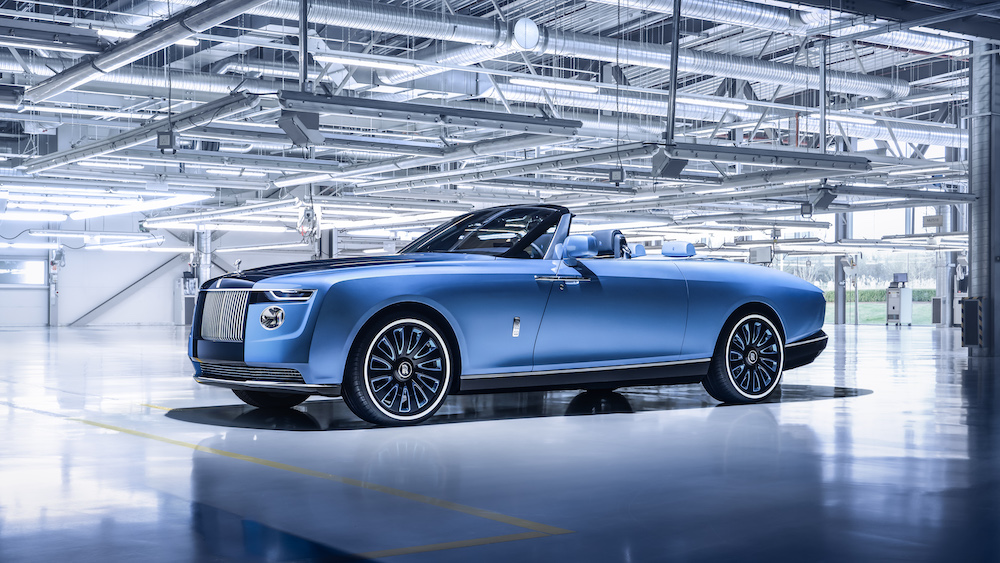 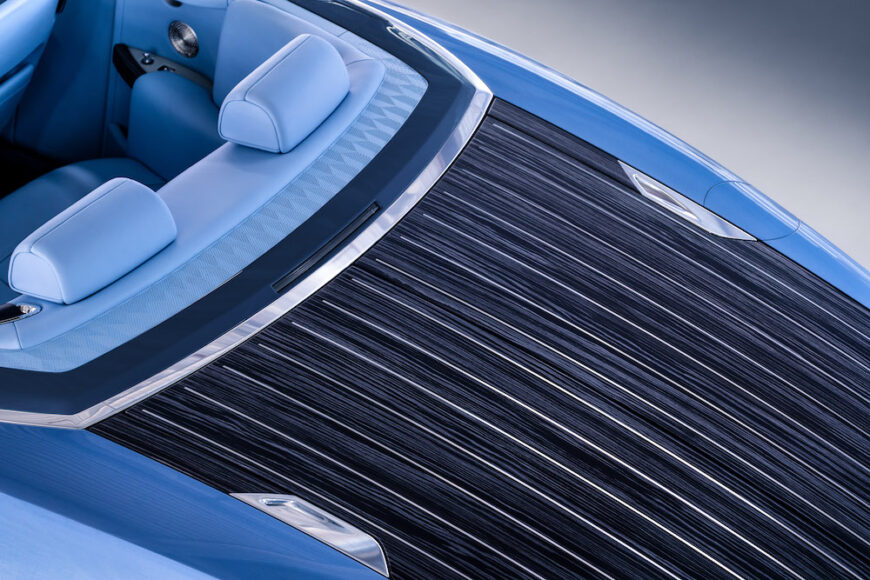 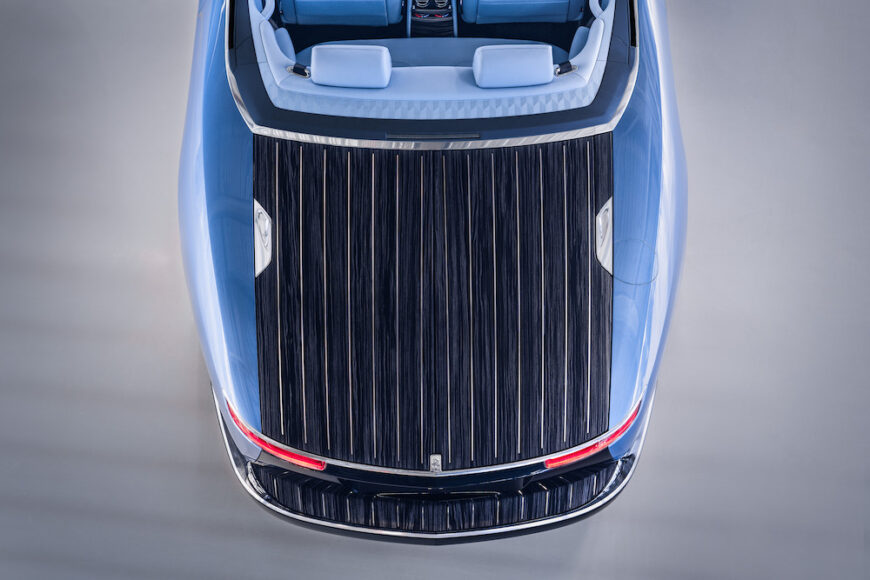 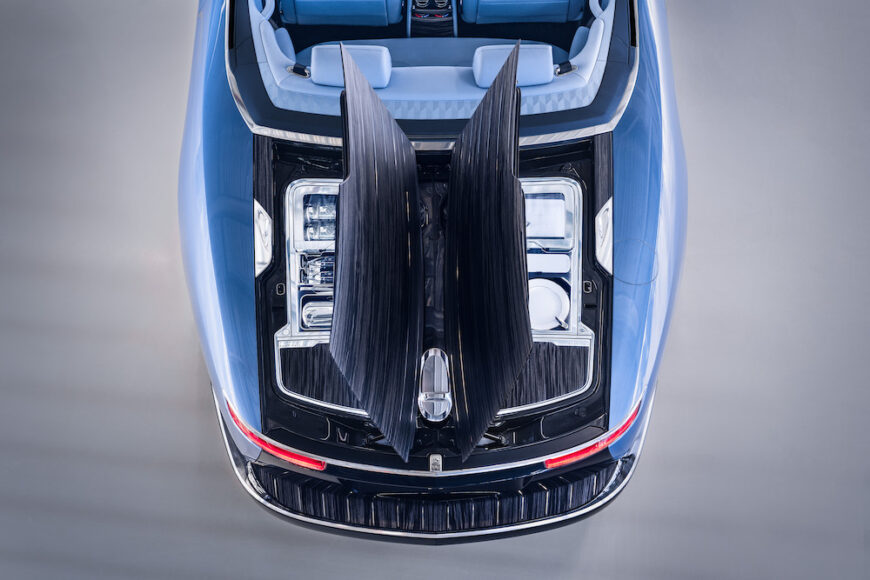 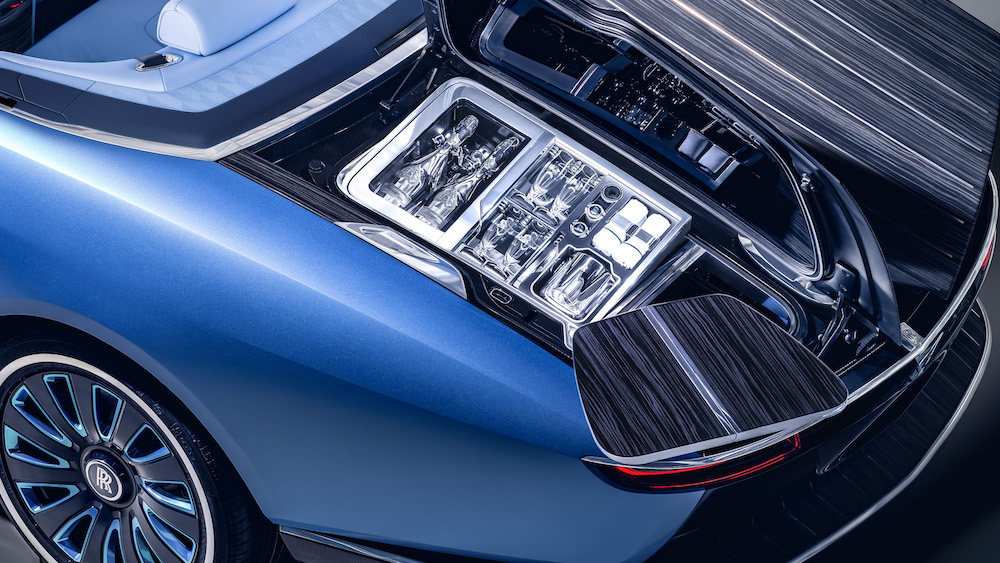 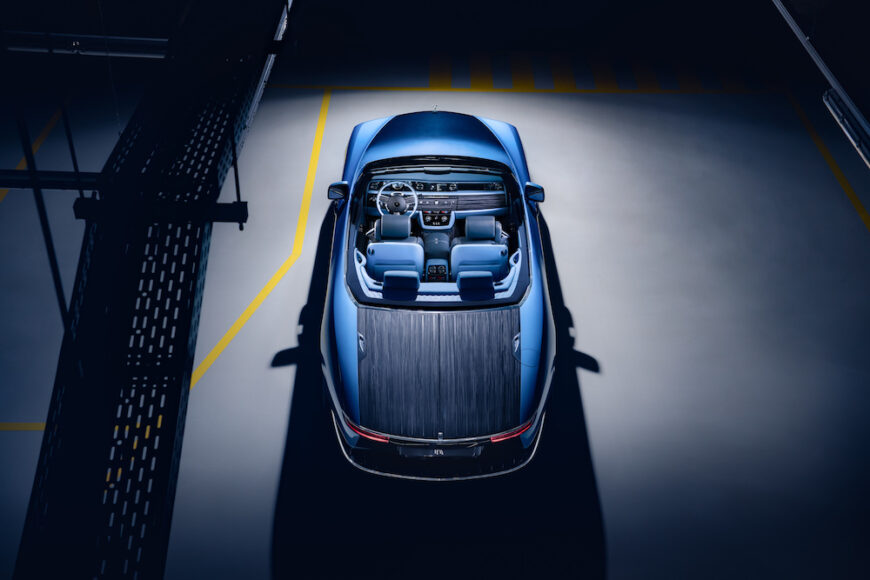 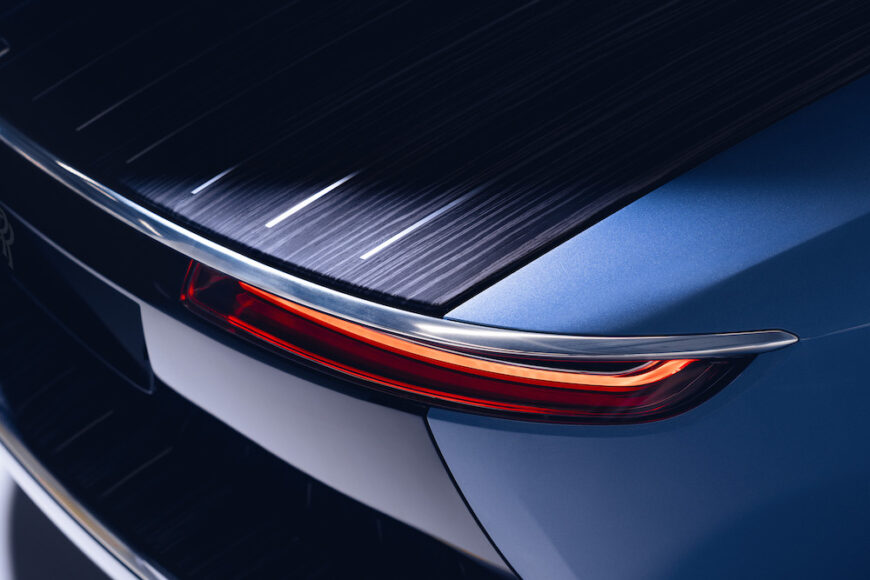 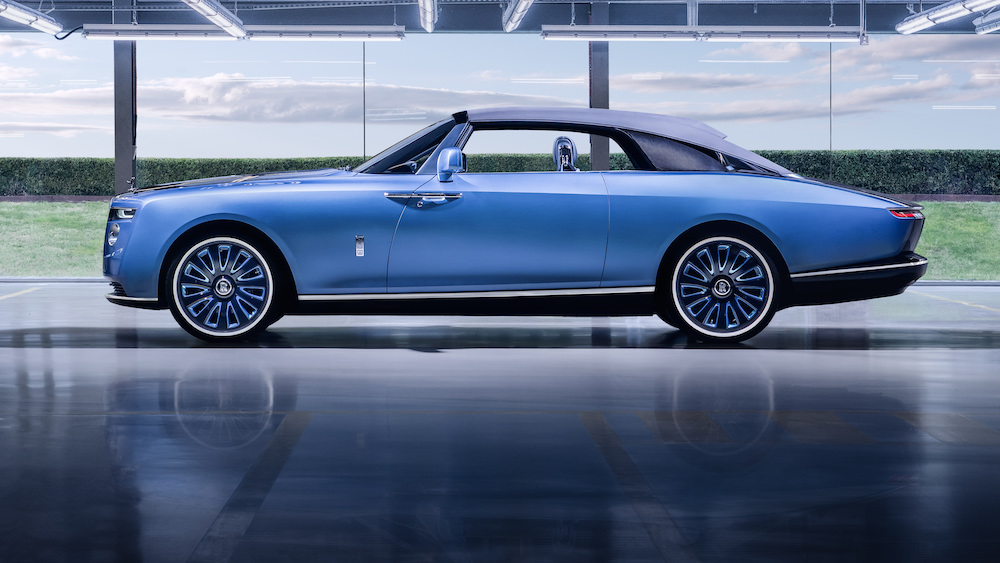 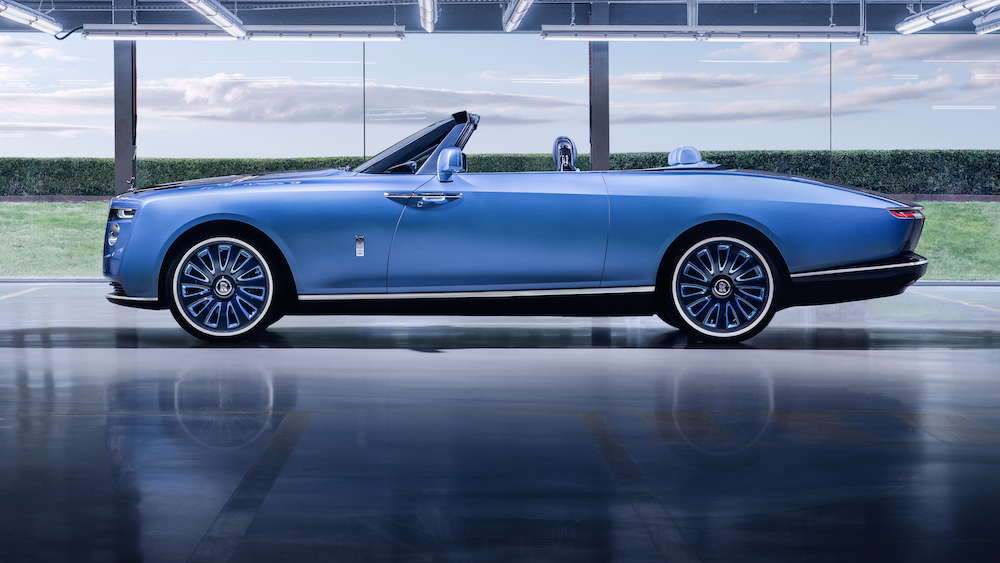 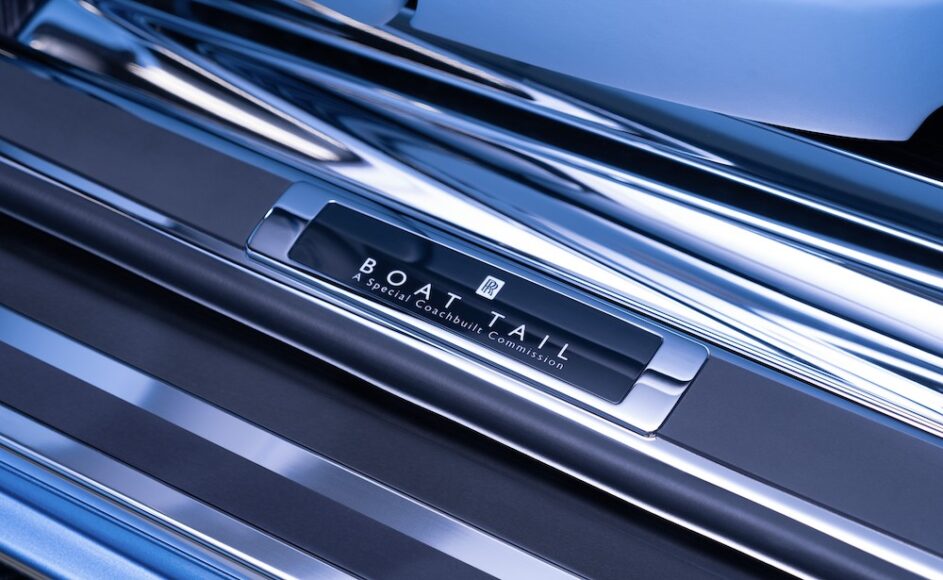 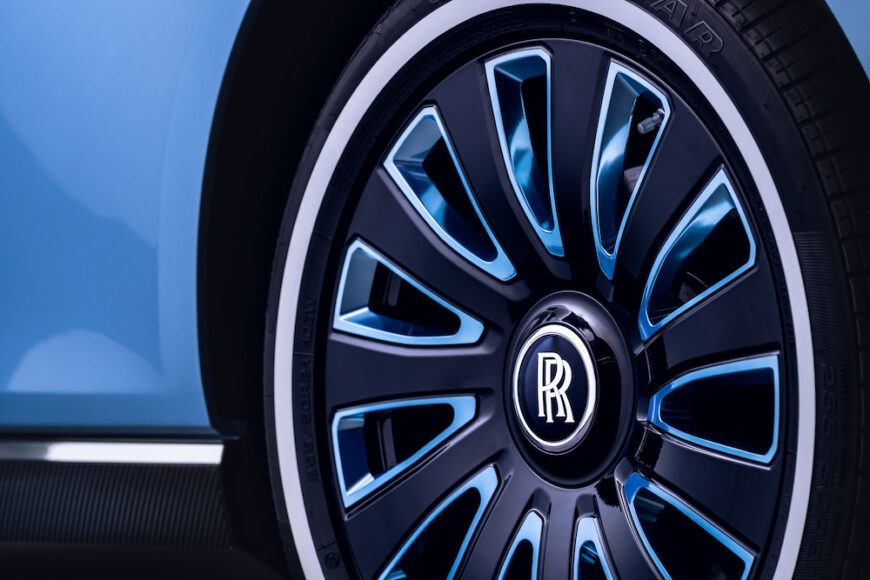 The year is 2021. We have learnt that life is too short, too precious. We need to embrace beauty and joy and do the things that make us as happy as we could possibly dream to be….

Cue Rolls-Royce and their first official product release from the recommissioned, re-energised and revamped coachbuilding department. When I say it’s the stuff that dreams are made of, I am not in any sense, being hyperbolic.

As far as statements of intent go, it doesn’t get any grander or more opulent than the Boat Tail. Having been sent the pre reveal press literature, I have spent an almost alarming time since, perusing over every detail, over every curve, every fixture, every decision taken, every whim that was answered.

Chief Executive, Torsten Muller-Otvos perhaps puts it best, “This is authentic luxury. This is contemporary patronage in its truest form. This is Rolls-Royce Coachbuild.” Literal. Chills. Another key quote comes via Alex Innes the (one assumes) new Head of Rolls-Royce Coachbuild design who adds, “Boat Tail is a distinct counterpoint to industrialised luxury”. 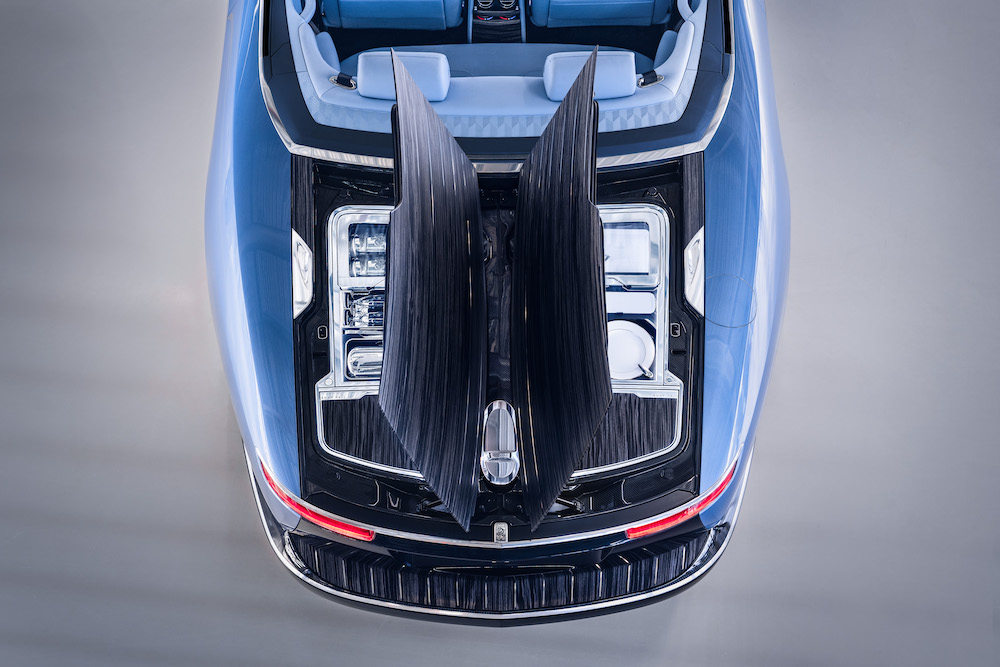 That may be the overriding factor of interest. The automotive sector today makes probably too many cars. Many, are overpriced, run of the mill products with the visual trappings of luxury. The thing they lack is soul, history, and not a dash of madness.

When the Sweptail was announced back in 2017, I, like a young and slightly darker-skinned Nostrodamus; predicted this a masterstroke, not just in design, but in marketing prowess. Perhaps a return to the coachbuilding days of old? To see now, after the pretty well-accepted annus horribilis that was 2020, something so breath-taking in a sea of the mundane has me hopping with joy on increasingly weary feet.

So what do we have? As I take a breath to stop waxing lyrical. After the success of Sweptail, Rolls-Royce partnered with three of their most discerning customers, or for proper nomenclature, patrons; with whom to create three distinct visions of Rolls-Royce luxury craftsmanship. The three cars share the same body, but each brings with it a wealth of individually personalised options. Boat Tail was conceived. 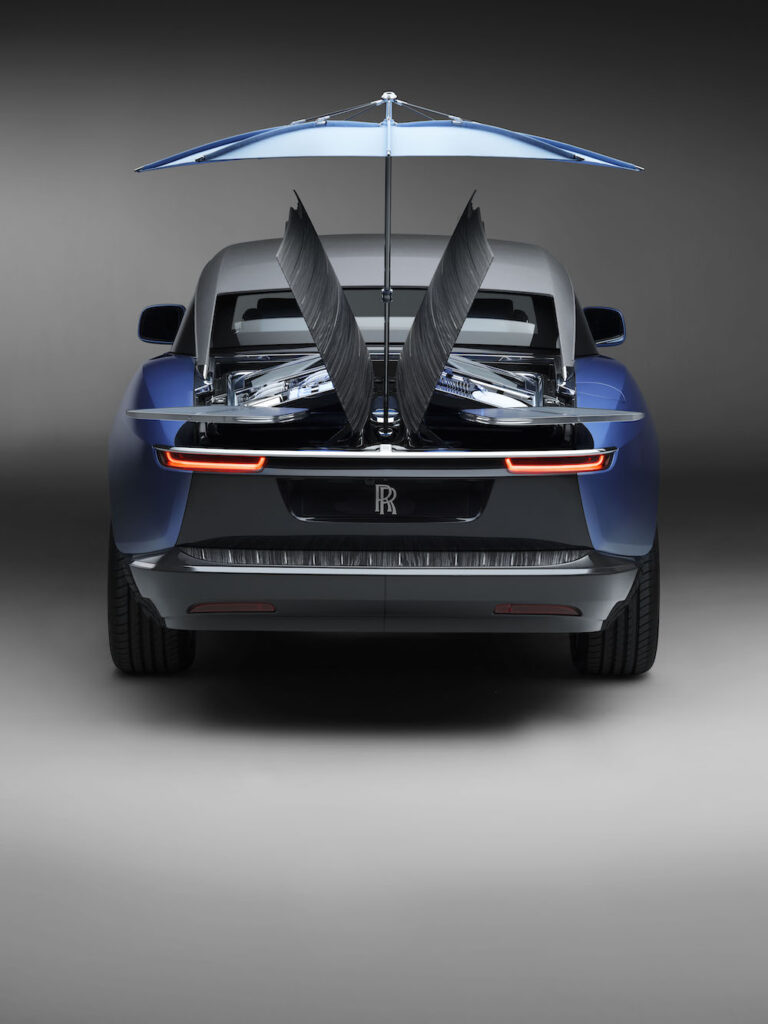 Skills from the craftsman’s age and the heyday of coachbuilding mixed with modern technologies to create surfaces and size that seem both impactful and in proportion. Yacht building influence is prevalent, not only in the use of material but also in the sheer stature of the thing at nearly 5.8m long. The fusion of old and new in technology is also seen in the evocation of the boat tail style of old, without becoming a pastiche. The new use of the iconic pantheon grille and lights maintains the historical element so beloved in the marque. But by allowing new interpretations it sets apart the cars coming through the Coachbuild process. The huge sweeping expanse of the rear deck incorporates Caleidolegno veneer, previously reserved only for interior applications. Rolls-Royce have developed a process to allow its use on the exterior with no compromise to the visual impact of the wood. Pinstriped stainless-steel inlays to the interior veneer provide another nod to the nautical themes.

The standout feature, for this writer, at least. Is the wonderful open-top aspect, that only seems to improve when the fixed canopy roof is engaged. Think parasol sail come speedster come gazebo in Antibes. It’s pretty damn cool. 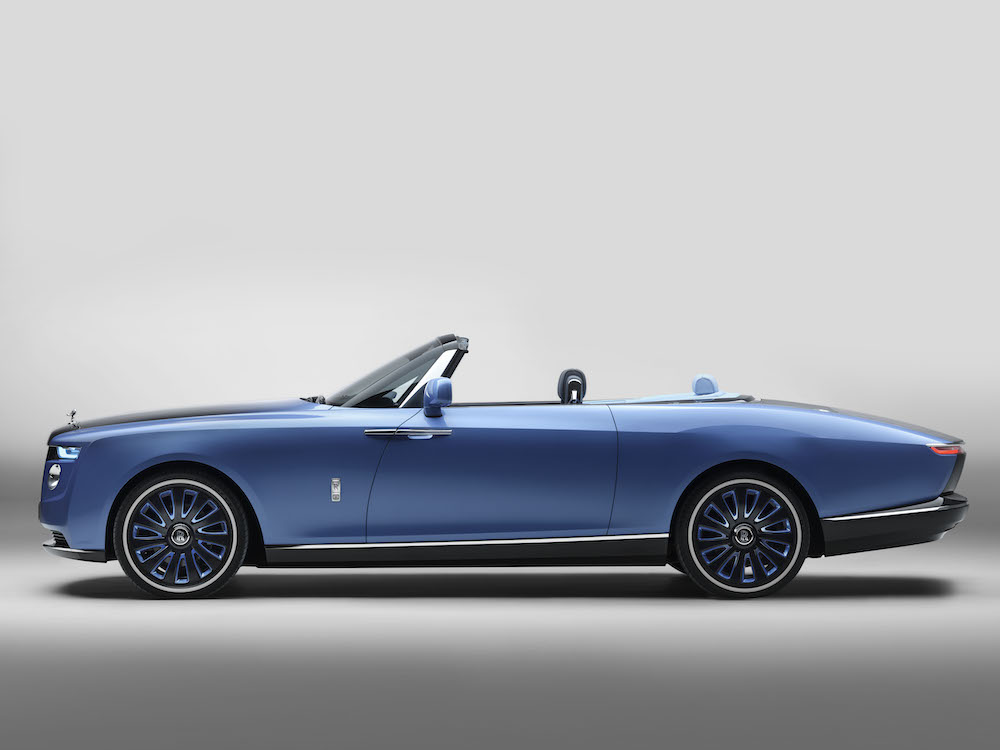 This example has been specified by a well-heeled couple no stranger to the Rolls-Royce brand, naturally. A love of yachts and travelling provided the backdrop to their choices. In fairness, all interesting facts. However, what they must be commended, nay lauded for, is the creation of a hosting suite, housed beneath that sumptuous veneered rear deck. These, seem like my kind of people.  A butterfly movement, hugely complex, was inspired by renowned architect Santiago Calatrava. The wings of this veneered butterfly provide all that one may need from the back seat of their car be it fine wine or champagne. Think American tailgate party, if you owned a sports franchise; or seven. Eventing has never been such an event. A double refrigerator to house Armand de Brignac, rapid cooled to six degrees; engraved ‘Boat Tail’ cutlery from Christofle in Paris. Nothing has been missed. No stone left unturned. Occasional stools and cocktail tables slide from the deck, similarly, swathed in the same leather as the interior.  As a final sparkle to the proceedings. A final, look how wonderful this has turned out. A parasol extends from the centre line, effortlessly. Should it be for shade of for shelter, that it’s even there, is all one needs to know about the time, precision and care that Rolls-Royce has placed in this project individually and showcases what is to come from the department in the coming years. 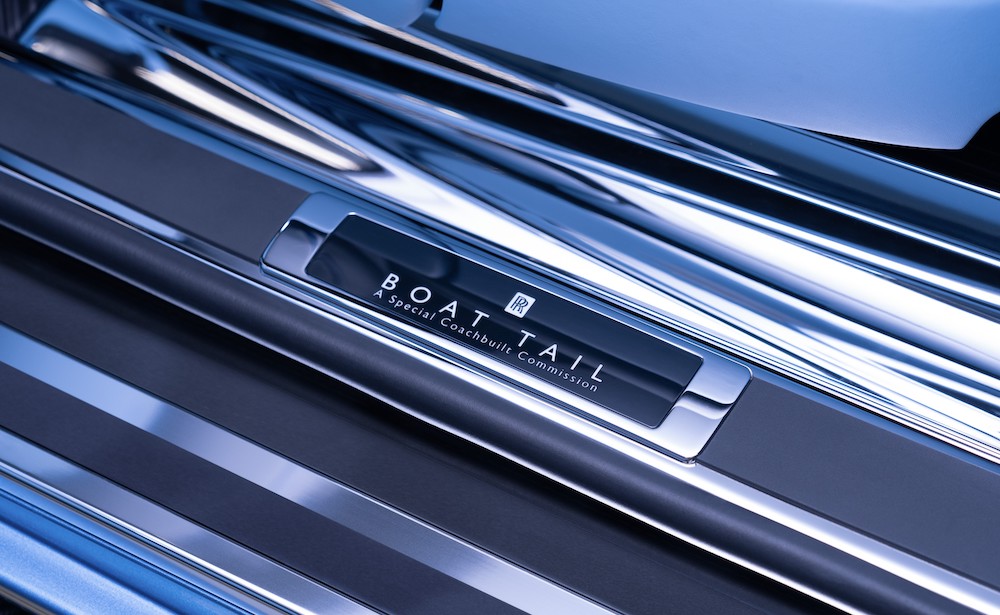 There is use of some of the best that Rolls-Royce currently offer, such as their 15 piece bespoke audio set up. As with everything that Coachbuild has to offer, it is used in a new way, rather than the sills being integrated as resonance chambers, in Boat Tail, the entire floor is used. A new wiring loom for the five ECUs that run the show, including the butterfly hosting suite lid and the prodigious cooling system to make sure all food and beverages are as chilled as the moment they left the Sub Zero at home. Indeed, some 1813 new parts have been created for the project. Outside of that number, and in partnership with Bovet 1822, the car also features an utterly unique element, in the creation of matching his and hers timepieces from the horological house. These can adorn the wrist, or in an act of wonderful personalisation and personality, these can be placed upon the dash and act as the car’s timepiece as well. 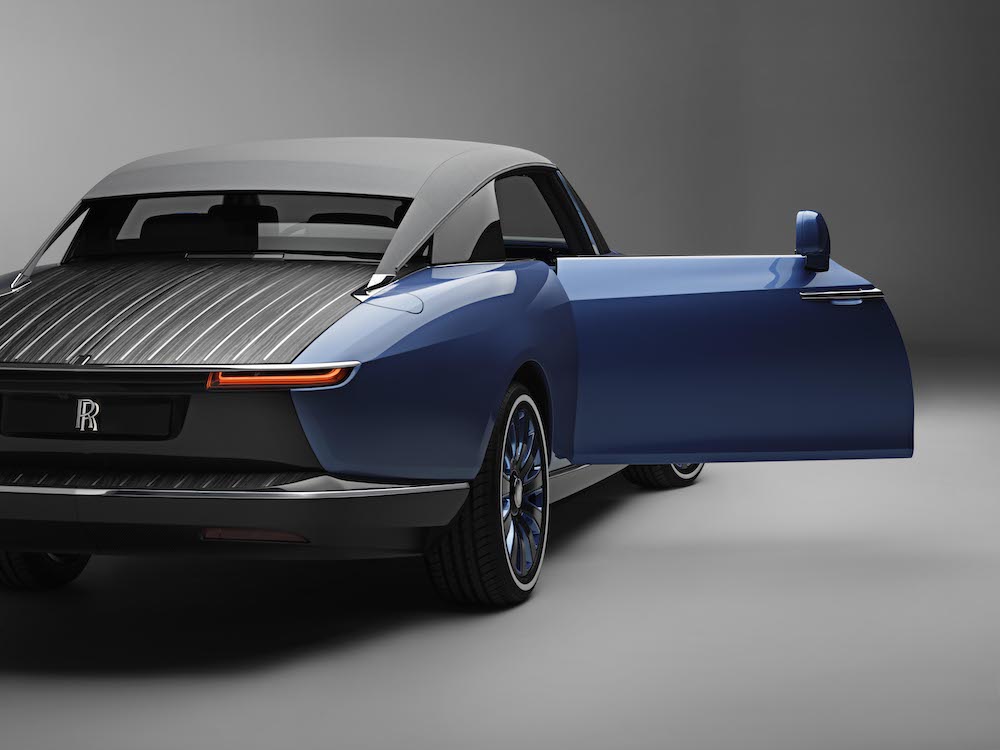 To me there are elements of 1950’s Americana. There are components that remind me of a Thames slipper silently cutting through water. There is serious design and use of technology, but at the same time there is enough whim and whimsy to keep the car soft enough to be imagined as a usable item rather than one to simply feature in a garage. That all three patrons wanted to drive the car immediately after completion meant that these are indeed road-ready vehicles. I dream of the day that I see one waft past me; I may be able to flag it down and wrangle a drink. This marks a new age for Rolls-Royce that evokes an age past and allows for their most discerning of customers to create a vision that simply will not be repeated.

A good time to come full circle and go back to the words of Mr Muller-Otvos, “This is authentic luxury. This is contemporary patronage in its truest form. This is Rolls-Royce Coachbuild.”

WATCH OUR FILM OF THE ROLLS-ROYCE GENTLEMAN’S TOURER HERE

Gregarious, opinionated, a destroyer of cocktail menus and invariably late. Aaron joins the team providing automotive content stemming from years of passion and part time work. A keen eye for design and a horder of factoids combine with a love of architecture, good food and the occasional party. Mostly found avoiding public settings.

Do we need another Hypercar?

The story goes, after an all-conquering 1988/89 F1 season for McLaren the solitary blot on an impeccable record that was the loss to Ferrari in Italy frustrated the Technical Director, Gordon Murray, into action.  At the airport on the way home, Murray pitched a plan to make a road car to the boss, Ron Dennis.