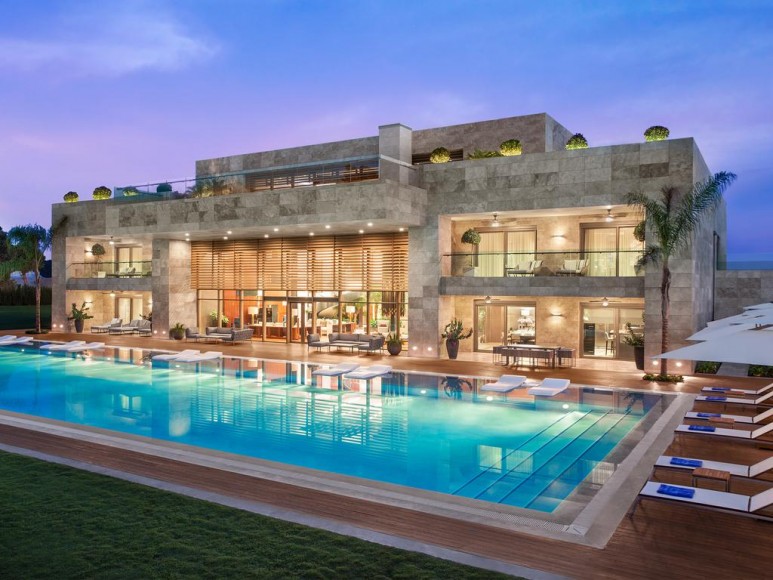 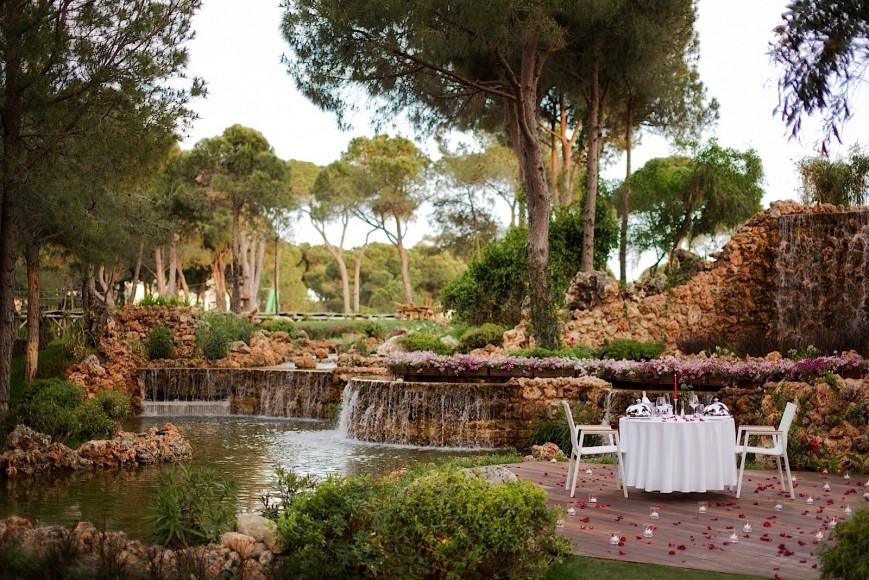 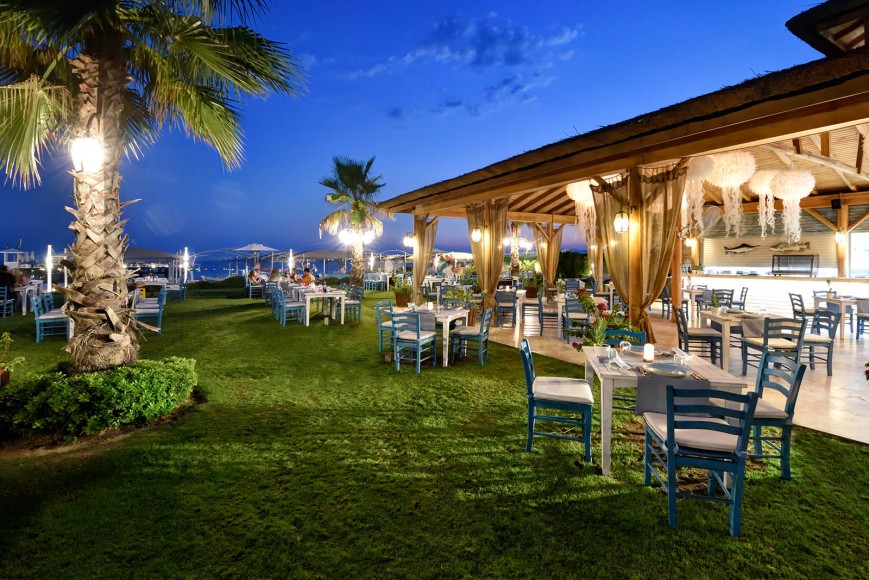 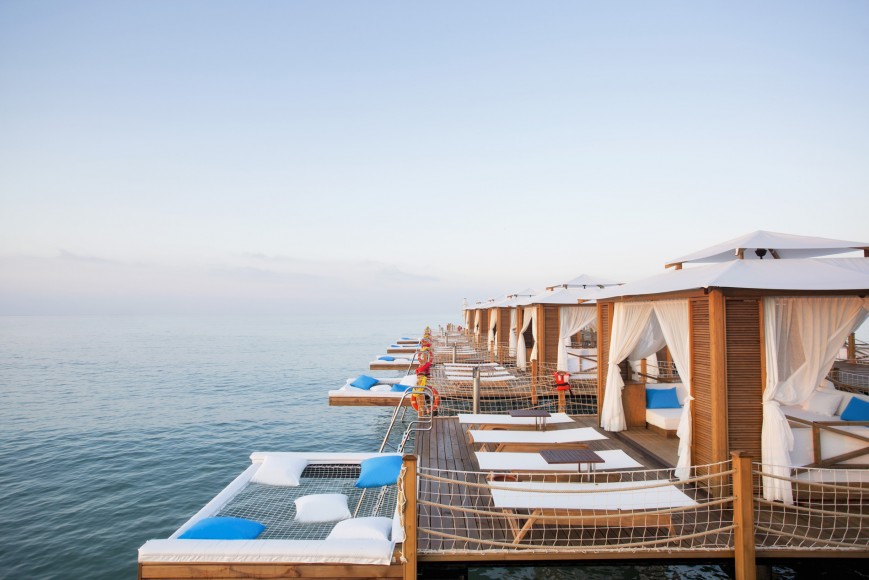 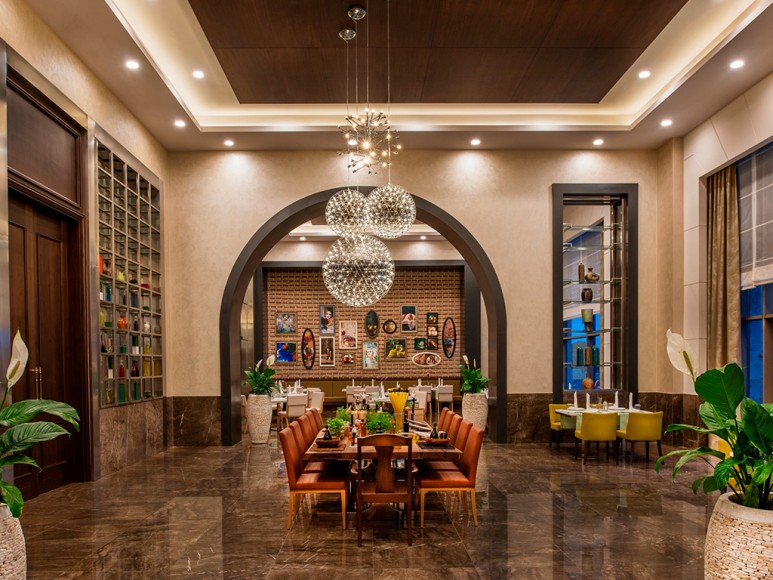 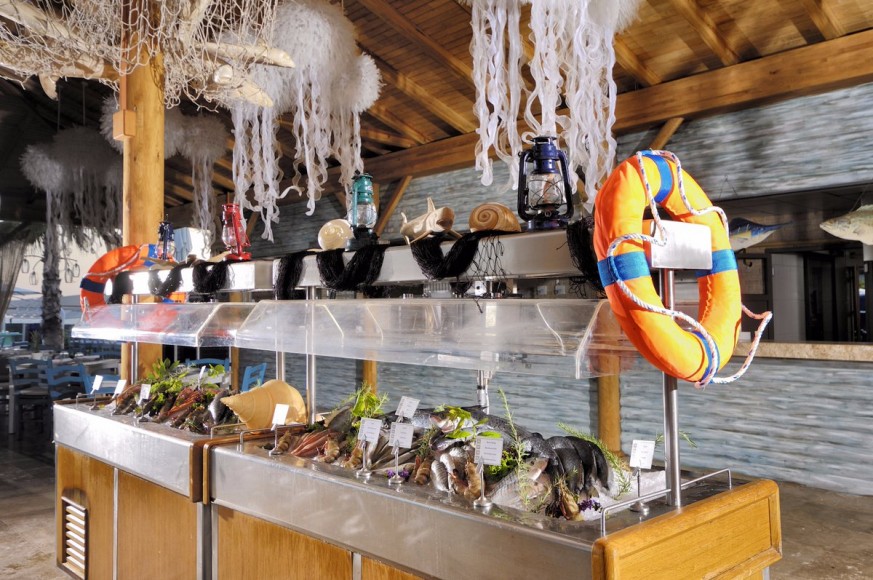 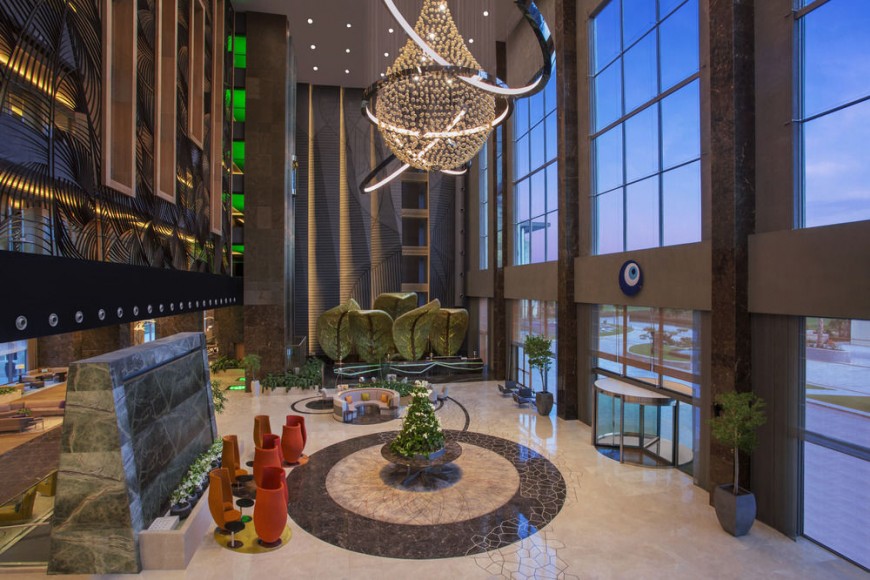 500 miles away, our country is at war. You wouldn’t imagine it here though, where despite warnings of terrorist attacks, the only immediate threat is running out of champagne. Antalya’s coastline is a tinny concentration of the photo albums you thumbed through as a child. There’s a sense of nostalgia and familiarity here, one that typifies the great British holiday: that hot-but-not-too-hot, different-but-not-too-different compromise to get on a plane and test our burdening Britishness against cultures that are generally friendlier, happier, less self-loathing, and not half as pretentious.

But tourism has changed a lot over the years—as has the world, for that matter—and the simpering irony of sending a luxury-travel writer to this corner of the planet isn’t lost on me. Turkey, now, is one of the insidious lies that defined the EU referendum. The lie that washes up on our shores, steals our jobs, sucks our taxes, and drains our NHS. The same lie that makes us vote leave and drop bombs in Syria next door, yet doesn’t blush when offered cheaper holidays and the kind of overblown luxuries that remind you how cold and pinched ours are at home.

But Turkey hasn’t changed. It’s still as familiar as a handshake; as welcoming as a smile. Only now, the Turks have learned that hospitality is about more than just good food and a comfy bed. Like most newly-developed countries, it’s found itself with capitalism and an economy—and with it, a tumescent culture of bigger, better, and more expensive. You only need to step into the lobby of Regnum Carya for gawping proof of this. It’s all impossible abundance, refined extravagance, and palatial swank; an ornate painting sprawling out of its frame. Above me, a giant teardrop-shaped chandelier hangs from the 100-foot high ceiling. Fairy-tale beanstalk leaves sprout from behind the reception desk, a link to the Laconian princess Carya, who was turned into a walnut tree by her father, Dionysus. And a marble table serves an endless supply of champagne and Turkish sweets and patisserie all day and night.

It’s this marriage of sumptuousness and open-handedness that makes hospitality here so genetic, so native, so effortless. We’ve barely had time to check in before two glasses of champagne have materialised in our hands.

I’m travelling with Gemma, my other half, and this magazine’s beauty editor. Landing at midnight after a four-hour, standard-class flight, our hunger levels are high and sense-of-humour levels low. I tell myself, just like the last time I flew economy, that I’ll never do it again. Thankfully, looking around Regnum Carya, those painful hours on SleazyJet were beginning to seem worth it. And before you can say ‘speedy boarding’, we’re shown to one of the restaurants and I’m face-down in a bowl of spaghetti.

Regnum Carya is big. Like, properly vast. The brochure says 350,000 square metres, and I don’t think it’s lying. It’s so big that there’s a fleet of golf buggies on constant duty, ferrying people between different parts of the resort.

The main hotel has some 400 rooms, but really, if you’re coming all this way, you should stay in one of the 100 villa suites, which range from 50 to 150 square metres, each with a private swimming pool and an endless supply of booze and snacks. Really, what more do you want on vacation.

The suite décor is a contrast of beech and maple. Simple, if a little corporate—but then, this is a golf resort, something which, not being a golfer, I keep forgetting. Either way, it’s elegant and contemporary and immaculate. The room is ample, with a fine French bed, lounging chairs, and the usual fiddly-but-impressive tech. It’s somewhere I could happily spend all day. There’s a walk-in wardrobe, a dressing room, a black marble washroom, a huge bathtub, and a shower room with Bulgari toiletries (which, along with Acqua di Parma, is probably the only brand worth stealing). Together, it creates a space you want to live in, sleep in, and get ready in: relax, take your time, listen to music, sip some fizz, shower, and dress for the occasion.

That said, you won’t be spending much time inside anyway. What truly makes this one of the best suites I’ve ever stayed in is the garden terrace. Because if you’re not at the beach, you’ll be here. Unless you have kids, in which case you’ll be at Aquaworld (best of luck with that). The terrace leads straight onto the private pool, which is deep azure and spotless. The surrounding flora and foliage looks so good, it’s like reality’s been photoshopped. Everything’s as it should be, from the chiselled trunks of the palms and their draping leaves to the neat jade hedgerows that stand guard and keep your business private.

Speaking of which, if Antalya has the best beaches in Turkey, then Regnum Carya has the best private beaches. Pretty much everything that’s culturally accepted about holidays comes from beaches: wavy memories that crash against the rocks of reality. Beaches are essentially what we prepare for, what we shop for, what we pack for. They’re the circled date on our calendars, the out of office emails, the pictures on our postcards, the #nofilter photos we post to Instagram. They’re also the promise on which holidays are sold. Escape. Paradise.

I’ve been on hundreds of beaches and seen a thousand more, which is why it’s both remarkable and moving to have something that’s so familiar feel so new, so stunning, so blissful. It’s hard to describe a beach without being slightly stuttered or patronising. It’s like being asked to describe a house, or a fire, or an ear. What’s familiar isn’t important. What’s important is mood and feeling… and perhaps being served the Turkish equivalent of afternoon tea with bottomless champagne, in a private pavilion that juts off a pier, about 10 feet above sea level, with its own decking and hammock for sunbathing. This is the postcard, the promise, the holiday snapshot of my mind.

Our waiter for the day—and for almost every day we’re here—arrives at the press of a button or the wave of a hand, whichever’s easiest. He brings seafood, vegetables, fruit, baklava, macaroons. It’s all freshly caught or picked, and the pastry comes straight from the resort’s own patisserie on the lower-ground floor.

The idea of paradise is a platitude that every travel writer knows to avoid, but this was it. And if you think that’s all just puff and hyperbole, then it’s probably a good time to mention that it was so perfect, so fatedly aligned, that I proposed to Gemma. Yep, 500 feet above the ocean in a parasail, after what was probably the most beautiful and indulgent day of my life. And I need to thank Regnum for creating the space for it to happen. And to Gemma for saying yes.

Now, from the heights of the sky back down to the lower-ground floor. Here’s where you’ll find six of Regnum’s seven restaurants. All of them specialise in a type of national cuisine, except one which offers a 24-hour banquet—probably the most plentiful and diverse I’ve ever seen, with bloated fruit overhanging like flowers in baskets, every conceivable veg that grows in this patch of the world, and of course what Turkey does best, fresh meat and fish, which is cooked in front of you by a teppanyaki-style chef. And this goes on all day: breakfast, lunch, dinner, and drunken midnight binging.

Of the specialist restaurants, the first and best we try is Sandal, a seafood restaurant, and the only one you’ll find on the beach. It’s all colonial tenting and fairy-lit palms that dance in the twilight. We sit in a miniature boat that’s been decked out with table and chairs. It’s total privacy, quietly removed from the main dining area, nearer the tiding ocean, and hopelessly romantic. We both order the mixed fish grill, which is bountifully stacked with lobster, scallops, prawns and monkfish. Friends and readers of my restaurant column will know that seafood served like this—simply, humbly, with frothing waves lapping at the shore—is my gastrogasm.

The other restaurants are a far eastern, an Italian, a Brazilian, an indoor seafood place, and a Turkish (which, if only for its sophisticated modesty, is also outstanding). Drinks are also included in the stay, which means, really, once you’re here, you don’t have think about parting with another penny, or that jaw-dropping bill that usually slips under your door the night before checkout. Complimentary drinks also come in handy at the on-site nightclub, where spirit measures are literally a case of “say when”.

Then there’s the golf course, which I can’t even remember seeing, but it’s what a lot people come here for. People who don’t need an excuse to indulge. People who want for nothing. And that’s the point of this place: it’s a transnational metaphor for new money.

Without wanting to trivialise the despair that plagues this part of the world, the reason we come to places like Regnum Carya is to escape the wrecking ball of reality. We all know the truth that festers under the rock of civilisation. There’s political strife, terror attacks, coups, an increasingly authoritarian government, and a veritable warzone across the border. But the point is, you’d never realise it. Why would you, when the only thing that jitters here is the sunlight across the ocean. All you need to know is that Regnum is a village of everything you’ll ever need, designed for people who already have it all. Except the love of your life—you’ll need to bring that yourself.

Shoot for the moon

It is an understatement to say that William Anderson is excited about the future of Half Moon Bay, Antigua. With experience in directing luxury resorts in thirty countries, a career in the luxury hospitality business spanning another thirty years, as well as overseeing over $450 million in real estate sales, one would do well to take note: “Half Moon Bay is incomparable.”  Incomparable and exclusive. The planned resort alone aims to set a new standard for ultra-luxury. For the lucky few, there is the option to redefine and recharge your lifestyle: ten unrivalled estates of land are available for purchase. Anderson’s project will see the building of a new Rosewood Resort,…