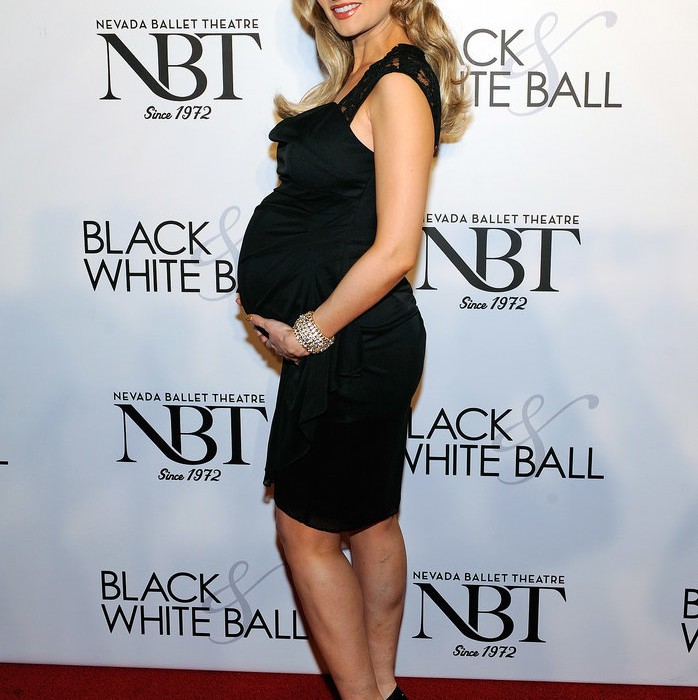 Arnelle Paterson-Mensah looks at the grueling psychological fight against bodyimage and the media during pregnancy inflicted by insolent expectations.

Pregnancy is arguably the most overwhelming challenge that a woman undertakes, as it pushes mental, physical and emotional boundaries. Additionally, both mother-to-be and her partner must prepare for welcoming their new arrival with that feeling of lifelong responsibility. Despite this life-changing event, women are forced to focus on their outer being as opposed to their bun in the oven.

In recent years, we have been exposed to an unhealthy cult, catapulted by celebrity mothers in the name of trend and vanity that is reductive of the importance of pregnancy. The media force-feeds us images of high-profile women with their offspring in tow, seemingly as a new fashion accessory rather than a proud mother.  An expectant mother should feel gratification at the thought of her bundle of joy, but the yummy mummies of the celebrity world are imposing a disastrous effect as an increasing number of women are becoming pregnant – regardless of their financial capabilities, whether their partner is ready for child, or even the solidity of their relationship. This is all in order to emulate the allure of their yummy mummy role models.

The media is infamous for promoting unrealistic images of idealised beauty, which influences women everywhere. Women across the country are bombarded with images of pregnant women who have the ‘perfect’ baby bump.  Maternity is a significant time period – woman shouldn’t be expected to look red-carpet glamorous. The main priority should be maintaining a healthy balanced diet in order to provide the nutrients necessary for the growth of the growing life that is inside of her.

I personally find the overwhelming burden to look photo-shop perfect extremely superficial. A recent example can be seen with Kate Middleton, who was carrying the country’s future king and has been repeatedly criticised for being ‘too skinny’ and accused of having a bump that is ‘too small’. In contrast, Kim Kardashian has received mortifying comments and comparisons about her pregnant body, with claims that she’s gained too much weight. Both of these women are from very different walks of life, but share the same current situation of castigation due to their pregnancies.

I ask, what IS the perfect pregnancy body? IS there a perfect pregnancy body? This is an incredibly superficial outlook on childbearing, as it is well known that every woman’s body is different and has different responses to maternity. Instead of embracing that pregnancy glow, stretch marks, swollen limbs and cravings, we are delivered the message that we must fit into an archetype whilst sustaining an ambrosial flair in our appearance.

A number of women have spoken about the crushing pressure to lose the weight that they have gained during pregnancy and squeeze into their pre-pregnancy jeans, despite the fact that weight gain is expected and is considered to be normal by doctors. Females are pioneering unhealthy methods of rapid weight loss from wearing excruciating multiple corsets for long periods of time to limiting calorie intake to 1,100 a day, although women are advised to have 2,000 calories a day. What is most shocking is that mothers are turning their backs on the negative impact this may have on their newborn, affecting their breast milk and their energy levels hindering their ability to be able to look after their child efficiently. Surely a mother’s priority should be her child straight after birth, not fitting into her pre-baby jeans or gaining a svelte figure.

As a young woman, I often question whether these same shackles of vanity, which are advocated through cultural hegemony, will force me into this unforgiving world of scrutiny, causing me to become a victim of self-loathing. I am confident that when the time comes, I will welcome the fact my body is adapting in preparation for my child. Rather than concentrating on my aesthetics, my newborn will be my primary focus, and he or she will be taught the importance of self-acceptance and love.

Every pregnancy is individual – but collectively, we must respect the visible and cognitive changes a woman’s body must go through. For this, women should not be penalised by their partners, society or the media, but taught to adore their post-baby anatomy and be selfless mothers.

Paterson’s work has appeared on the Spear’s magazine website and she has created her own newsletter for Hounslow Homes. Her grounding is in fashion, current affairs, food, celebrity, the arts, culture and lifestyle.

The turn of a new year brings with it the promise of a fresh start, big plans and personal reinvention. Making new habits stick, ridding ourselves of any negativity… We all know that small changes can be some of the easiest to stick to, but grand plans are always more eye-catching.