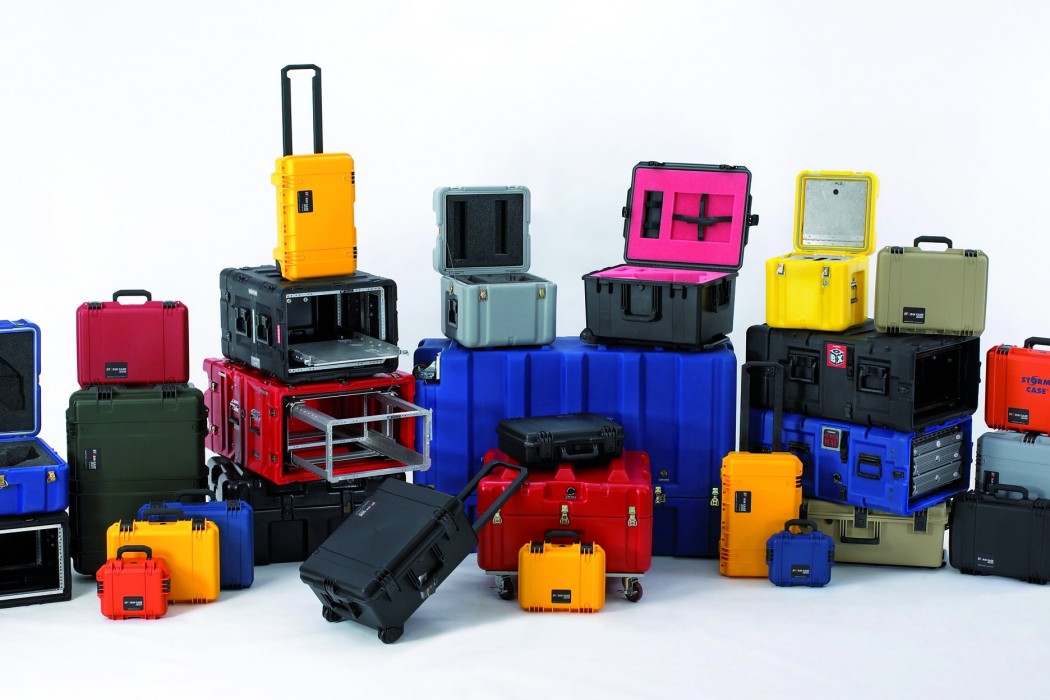 Let’s be honest, whether it’s your body weight in gold bullion, blood diamonds or just the sat phone, security is your main priority. You didn’t toil with that despot in the far-flung jungles of wherever just to walk away empty-handed. You want your prize.

Except no substitutes, Pelican is the only way.

If it were an employee being sent on a fractious investment deal with a tin pot dictatorship, it would be beaten relentlessly, get the deal signed, turn up at HQ bloodied and battered and ask “Do you need me to do it again?”

When we turn up on set for a photo or video shoot, it can arguably look like we are setting up an FOB. Case after case comes out of the transport, making it more likely that the talent agent might call in the National Guard, rather than ask for more money for his client.

Pelican was founded in 1976 by Dave Parker in a Cali garage. Not so much Silicon as Polypropylene Copolymer Valley. Okay, that might be a step too far with the metaphors, but they’re tough dammit. The reptilian part of me still goes onto their site and wants to buy just enough to build a base. They’re dependable.

When we transport high grade ‘glass’ – lenses, for those of you not familiar with cinematographic vernacular – and camera gear that makes the insurance company strap on trackers, we need to know that it will arrive in one piece and ready to go.

Here, we review what is arguably the industry standard in professional and military application transport and storage systems.

It stores 12 cards in a casing so snug it makes you wonder how you ever survived before. SD cards aren’t expensive these days, until you’re up and over 30GB (we are). We all know it’s the data that is most important though. That’s your high value asset, and you are probably just keeping it in a top pocket or briefcase. Well, Peli has a solution for that too, but that’s a different story. Afford your high value data the security is demands. The insert liner absorbs shock and it has a IPx4 water-resistant seal. Remember that time you were moving gear to a second location, the cases sat in the rain before the gaffer could get them in? Who cares. Let us not forget the mini SD card for those of you clinging to GoPros. The 0915 has a second layer under the main card slot for 6 micro SD cards. It wins all the sports.

If we are still working in the studio and sending rushes to writers or clients, or transferring RAW shots to a retoucher, we are sending SanDisk Extreme Pro 64GB and 128GB CF flash cards. They retail for up to £177. Once again, the hardware pales in comparison to the value of the data as we know. Luckily Peli Case has the 0945 for that. 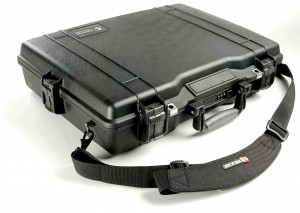 Now let’s move to laptops, a standard on any occasion and full of company destroying confidential data, or just a nice pack of Cubans. The point is the same. The 1495 helps you pull off that handcuff strapped to your arm and makes you look less like your carrying launch codes. One of the things that we find travelling over the pond is that a plane’s pressurised hold can be a brutal location for expensive kit. The Peli case pressure equalisation valve means that three crew don’t have to open the drone case with an axe that your Swedish tour guide has gladly handed you at arrivals. I say get it in black, but who doesn’t love desert tan. I don’t roll with the 82nd Airborne too often, but I get a sense that they know what they are doing. 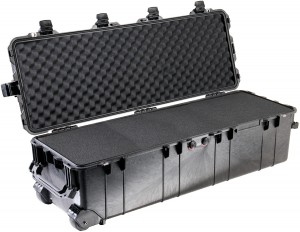 One of my favourite things when arriving at a shoot is hopping out of a Defender and unloading big black Peli cases from the back. It sends a clear message to whomever is watching, be it the client, location manager or parking warden.

‘It’s a kilo of blow. What’s with all the fucking questions?’

The 1740 is a long case, and at over 112cm, it can take a tripod, a set of lights or two, and three assault rifles. The US listing for the product names it as a rifle case. In the UK, it’s just a case. Either way, it’s nice to arrive on set with people wondering if you are a film crew or selling small arms. It makes the traffic warden think twice before saddling up because we have parked for longer than ten minutes in a loading area. As always, the 1740 is made with the same polypropylene body, three micron hydrophobic no-woven PET purge vent and is watertight, crushproof and dustproof. It also comes with a lifetime guarantee of excellence. I think that says it all. 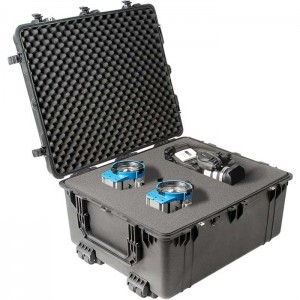 When you are moving lots of equipment, having several small cases is great, but sometimes for overseas projects, you don’t want six pieces of luggage when one large piece can do the job. I thought our existing Peli lens case was large. The 1690 transport case is 84.9 x 72.1 x 44.8. Stack two on top of each other and it is basically a chest freezer. It comes with a selection of interior storage options that are modular, so you can safely cushion just about anything. To be honest, it’s so big that it’s basically replaced our small cases; the sort of thing I would be happy to padlock and then ship out to another country. Obviously though the case can only do so much, and still requires you to not throw it about in the back of a van. The cases graduated deflection ribs mean that it will take the punishment of bad loading and still deliver everything safe and sound. If you aren’t salivating yet, you should be. Even if you have no need to move equipment for your job, just buy some for home, garage or shed storage, and to make the neighbours think you might be an arms dealer.

Edinburgh has many fine and illustrious luxury hotels, but none with the heritage and timeless elegance of Fingal. So, when the conversation about a Scotland fly drive was raised by the assistant motoring editor, Aaron Edgeworth, my deck shoes were already packed.